From Gate City to Emerald City and back again, our local Scarecrow
scares up some chow and a new TV music series

“Start where you are. Use what you have. Do what you can.” — Arthur Ashe

Land of Oz. Perhaps you recall that fabled but star-crossed 1970s amusement park nestled on Beech Mountain. You entered the attraction through Dorothy’s farmhouse as it emerged from a tornado. Exiting the home, you’d find it lying akimbo along the rocky surface, two legs in striped stockings sticking out from under the frame. Joining Dorothy’s journey down the Yellow Brick Road, park guests encountered the Scarecrow, Tin Man, Cowardly Lion and the Wicked Witch of the West. It all culminated with a big stage extravaganza at the Wizard’s Emerald City castle, after which, visitors were whisked back to the parking lot in a gondola cable car disguised as a hot-air balloon.

Neglected but mostly intact (except for the Emerald City) Oz was offering limited tours of what’s left of the park past June. I attempted to get tickets, but demand was so great it crashed their computer system. The gates to Oz will once again swing open for a bigger attraction this September, a yearly tradition that, over the last fifteen summers, has grown more and more popular.

Oz opened in 1970 as a sister attraction to Tweetsie Railroad; attendance was spotty even before a fire badly damaged the premises in 1975. The owners pumped major money into the venture in 1977, and that summer I was hired to play the Scarecrow for a promotional tour of shopping malls across a three-state region. It was the first successful mall tour ever undertaken. At the Carolina Circle, Dorothy and I entertained children with a musical puppet show created by Jerry Halliday. He’s a Vegas mainstay now with a risqué show you wouldn’t dream of taking your kids to. I only visited Land of Oz once, a VIP tour to give us a sense of what the attraction was all about. I’m curious to see what remains of this blockbuster motion picture-come-to-life in the North Carolina mountains.

The Food Truck Festival in May was a smashing success, a sunny Sunday afternoon gorge-a-thon downtown with fifty-three mobile eateries participating, including fare that ranged from Greek to Tex Mex. The Porter House Burger rig was mobbed from the start, smoking Municipal Plaza with the aroma of charred beef. (Is there any sweeter fragrance? I think not.) At times, block-long lines awaited Cousins Maine Lobster for their first trip to Greensboro. Lines also formed at Pearl Kitchen, Empanadas Borinquen and Urban Street Grill, apparently all worth the wait. I had a teriyaki chicken bowl with lemongrass steak skewers from Buddhalicious that tasted just like ones I enjoyed in L.A.’s Koreatown. By the shank of the evening you’d have thought it was the ganja festival, anyone selling confectionaries had streams of minions queued up, spilling over to Cheesecakes by Alex a block away where patrons lingered on the sidewalk waiting to get in. If the thought of sampling cuisine from dozens of the finest eateries in the state appeals to you, then rejoice that the festival returns at 4 p.m. on August 28th. Here’s a tip: Don’t even try to park nearby, and if you want something sweet, get that first; by 5:30 lines will have stretched too long as vendors run out of the good stuff. Or purchase an Early Bird wristband for $12, a portion of which benefits charity. You’ll have an hour’s head start on the hoi polloi (of which I’m a diehard member).

Just sneaked an early peek at the Hong Kong House Cookbook right about now at fine bookstores and on Amazon.com. Publisher Karen McClamrock has blended together a savory collection of Amelia Leung’s most beloved recipes from her family’s longtime Tate Street bistro, mouth-watering dishes like the Garden and Guitar Shop Burgers, Beef Shitake Snow Pea Stir Fry, those luscious egg rolls and garlic wings. Recipes are easy to follow and, as a bonus, there are plenty of photos from those halcyon days from the ’70s into the ’90s when Hong Kong House was the happening-est gathering spot just off campus.

I’m immersed in a project I’ve wanted to do for decades: producing a music television series. We shot footage for the first two of four episodes featuring local talent that includes Grand Ole Uproar, Taylor Bays and Rachel Anick, all of whom gave stellar performances. Uproar and Taylor have been faves of mine for years. Rachel I met just a few weeks ago. I met her after I stopped by Jeremy Parker’s downtown recording grotto where they’d just laid down her vocals for the song she performed on the show. It was revelatory, like hearing Tori Amos or Joan Baez for the first time. The program airs in August on cable channel 8. Scan your TV listings for The Nathan Stringer Summer Music Show, available on YouTube and iTunes in September.

That’s all the gibble-gabble I’ve gaily gathered. Over the coming months I’ll be telling you who’s the candidate you should be voting for and which religions are better than the others. Don’t miss that. OH

Billy Eye will be summering in Antarctica, just as soon as he can afford to. 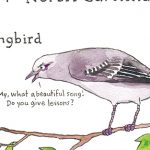 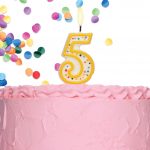