The Beat Goes On

From hippie days to now, Tate Street keeps on keeping on 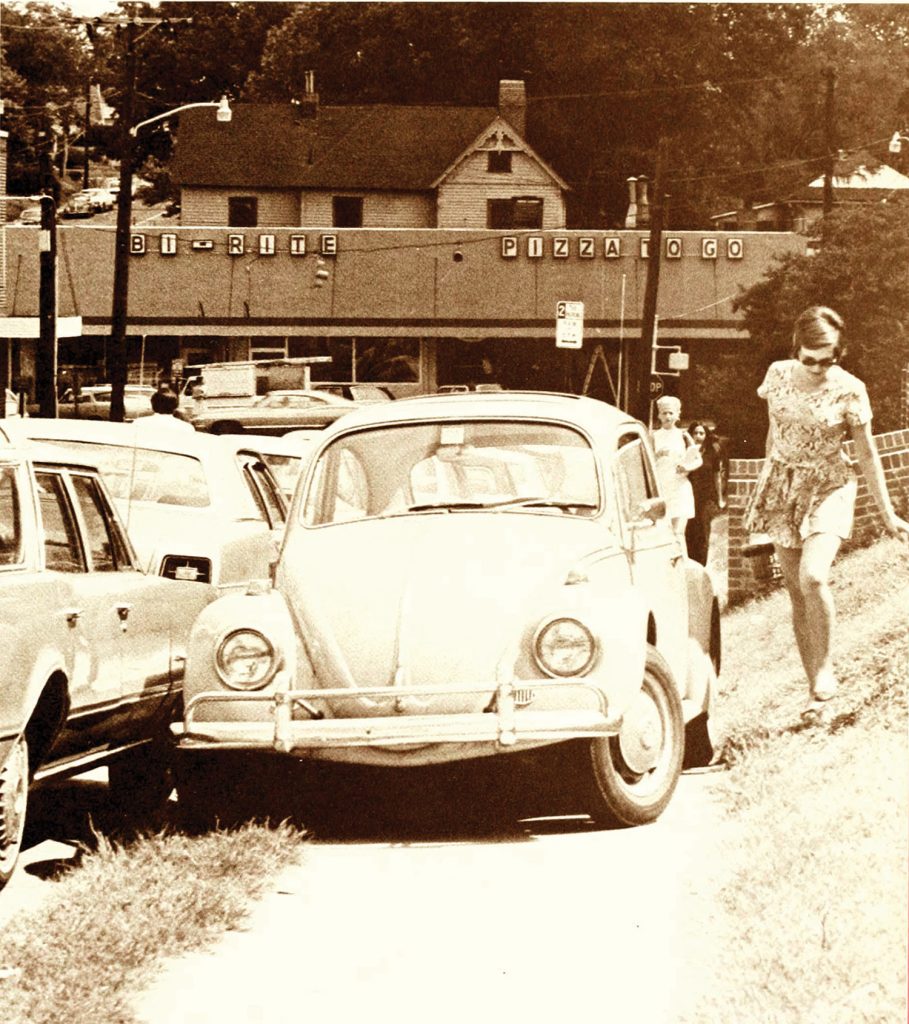 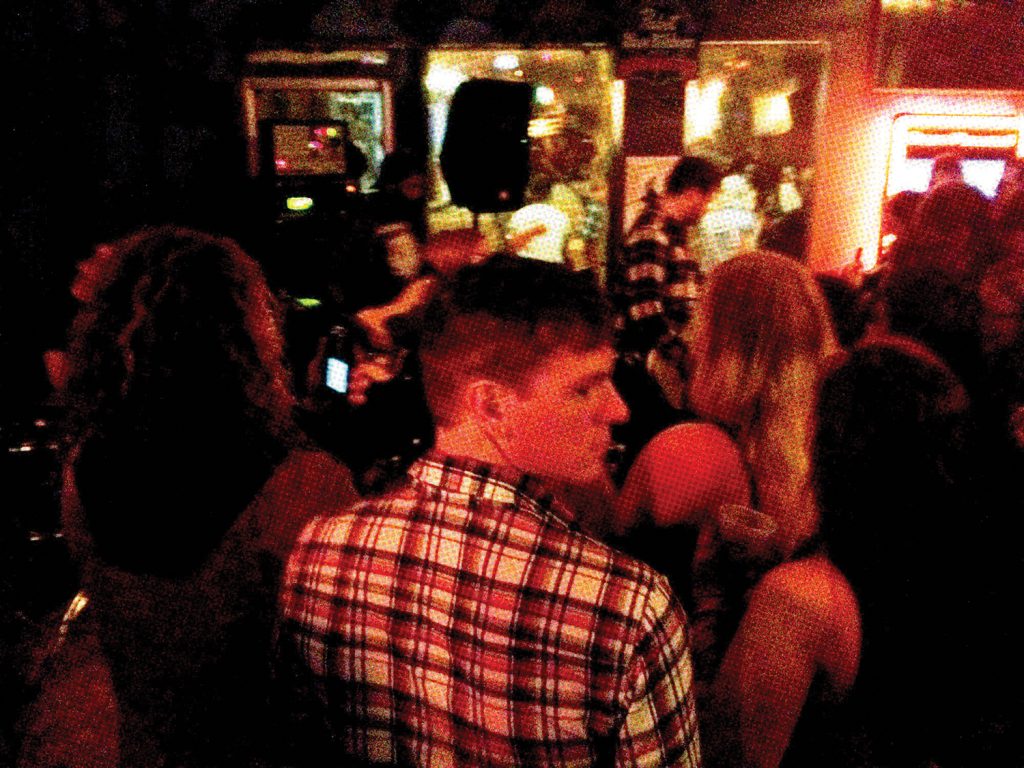 “Do I want the Seventies to come back? No. The haircuts were terrible. Everyone stank. The food was awful.” — Douglas Coupland, Canadian novelist and artist

I was in 8th grade at Mendenhall in 1970 when a couple of female classmates, who were a little rough around the edges and a lot savvier than I was, asked if I wanted to hang out with them on Saturday afternoon. I said, “Sure, but what are we gonna do?” They suggested Tate Street. “What the heck is Tate Street?”

So we met up on Saturday and ventured in a direction I’d never gone, to this seemingly magical, funky plateau at the edge of UNCG’s campus teeming with college kids, high school misfits and newly minted hippies spread out across a grassy knoll overlooking the street. The ’60s were just getting underway in Greensboro around 1970; we always were behind the times, so that Summer of Love, flowers-in-the-hair vibe was palpable.

In reality, there wasn’t a lot going on down there. We leafed through thousands of vintage postcards at The Corner, were too young to get into the Jokers Three at the top of the hill, It’s a Mad, Mad, Mad, Mad World was showing at The Cinema Theatre, no interest in that, so we tried on jackets and hats at Britton’s Guy Leather & Jewelry browsed the tchotchkes at College Shop, then ate at Pizza To Go next to Bi-Rite. I’ll skip the part about how the girls and I ended up in a sixth floor room at the high-rise Hilton Hotel across from Greensboro College. Anything you’re conjuring up in your mind right now would be a lot more salacious than the truth, trust me.

That evening my mother couldn’t have been more thrilled that I was finally making friends with girls my age, thinking maybe I’d put down those damn comic books and start focusing on the opposite sex. Instead she was horrified when I told her we’d been down on Tate Street. “Who were these tramps you were with?!?” Could juvenile delinquency be far behind — switchblades, tie-dyed T-shirts, a tightly wound joint hanging off my bottom lip? (A much more apt description of me today than it ever could have been then.) Naturally, I was forbidden to ever set foot on Tate Street again. So I set foot there practically every weekend, especially after Daedalus, a hip bookseller opened in a rundown, two-story house on Walker, now a parking lot behind the shopping center.

Did someone mention pizza? Charlie Sciabbarrasi and Ray Mascali were two Sicilian-American transplants from New Jersey when they opened the original New York Pizza at the Carolina Circle Mall in 1976, across from the skating rink. Two years later, they opened a second restaurant on Tate in what had been a Northwestern Bank branch. To add a bar in 1979, they leased the vacant storefront next door facing Walker, formerly The Campus Cupboard.

With NYP on Tate’s 40th anniversary approaching, I wandered over to All Fresh Produce off Spring Garden, a side business Charlie started in 1984. You see his trucks all over town delivering farm fresh veggies to the finest restaurants. When I walked into his office, with no advanced notice, I was surprised to see how happy he was to see me after more than 15 years. And I, him.

Of those early days on Tate, when a medium Neapolitan pie sold for $2.75, Charlie said, “It was the only decent place to eat in the area. There was nothing out there, food-wise. Students had the cafeteria and us.” It became generally accepted that NYP had the best pizza in town. As for the bar, “Liquor by the drink had just been approved, our license was one of the very first in Guilford County. Legal drinking age was 18. Most of the students were 18. And what do college students do? I rest my case.” It wasn’t uncommon for professors to meet up with students after class for test prep over beer and pizza. There was a sense of community, as Charlie noted, “With no parking, everyone was within walking distance.”

In the mid-80s, New York Pizza’s $2.50-pitcher-night special on Tuesdays and Thursdays was about the only excitement on Tate Street. Music venues Nightshade Cafe and Friday’s  had closed a few years before the drinking age rose from 18 to 21 in 1985. Fake IDs flooded the zone. Urban myth had it that NYP was part of a multistate heroin distribution scheme in the 80s. In reality, folks became confused when they read months of headlines about the infamous New York Pizza Connection trial that took place up north but had no local connection whatsoever. Still, the area’s undeserved reputation as a trouble spot was reinforced in the 1990s when, at freshmen orientation, UNCG admonished students to stay away from Tate Street. For all I know they still do that.

By the time I moved back to town in 1994, New York Pizza was still packing them in on Tuesday and Thursday pitcher nights. The young crowd was musically oriented, some of the brightest and most creative people I’ve ever met, not yet jaded by life’s oncoming train wrecks. In the late ’90s, when it was feast or famine for me, Charlie Sciabbarrasi and NYP kept me in strombolis and bourbon during the lean weeks. It wasn’t uncommon for my running tab to be in the hundreds of dollars. “It was a wonderful time actually, I enjoyed every day,” Charlie told me recently. The partners sold New York Pizza in 2001, “I’m very proud. I had fun with it, but this other business [All Fresh] needed more involvement in it. Also, after 25 years, I moved on to something more relaxing, you know?”

NYP changed hands again this summer and the latest caretakers of Greensboro’s cultural mosh pit, Orience LLP, are enthusiastic about carrying on this 40-year institution. There’s live music again on Tate, deejays, bohemian bartenders and cheap draft beer on Tuesdays, for old times’ sake. “At night the restaurant turns into a venue, the most eclectic mix of talent in Greensboro,” bar manager Jeff Losh enthuses. “A lot of Heavy Metal but on Jam Nights, we have a band called Jeb Trio that features members of Imperial Blend.” The best part for local talent and touring acts is they get pizza, PBR and 100 percent of the door. “The new owners are amazing. I’m really excited,” Losh called out as the bouncer tossed me out the door and over the curb. What do you mean I can’t run a tab?  OH

Billy Eye is O.Henry’s favorite — and only — Man About Town. 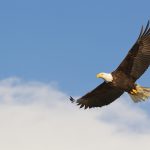 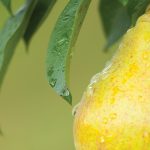