Remembrance of Things Past

We called it the ‘Toot Toot Truck’ because its arrival was preceded with intermittent honking before parking in front of our home on the 1200 block of Hill Street. Twice daily in the 1960s, kindly Mr. (Wilbert) Sullivan would lumber with a slight limp from the cab of a slightly rusty, robin’s-egg-blue, ’50s-era Chevy truck to ring his brass bell summoning neighborhood kids to come running. In the bed of that pickup were crates of farm fresh vegetables, cold drinks and a wide array of confections.

Some of my earliest memories are of climbing up the side of that rolling farmers market, reaching across the produce for candy bars, grape Pixy Stix, Atomic Fireballs, Nik-L-Nips (fruit flavored water in miniature wax bottles), Wacky Packages, and Batman bubblegum cards.

This gray-haired, portly gentleman always wore the same outfit — denim overalls and a conductor’s cap with a red handkerchief tucked into his back pocket to wipe his brow between weighing out snap beans and collard greens on the hanging scales that would clank and rock slowly when he removed the goods. He arrived at least twice a week, 11 a.m. and 4 p.m. on Tuesdays and Thursdays, but I remember him rolling by six days a week in the summer. I could be wrong though. It’s not like anyone was paying attention.

After servicing our block, Mr. Sullivan would pull over in the middle of the 1100 block of Hill, where there would already be folks waiting, then park in the driveway of the last house on the left before Wendover. Where he went next was a mystery to me, but I understand now that he ventured into the College Hill, Sunset Hills and Westerwood neighborhoods, as well as Latham Park. I can’t tell you how many times his visits made the difference between us having homegrown tomatoes, lima beans or corn on the cob rather than some warmed over mush from a can (Mother’s signature dish).

At some point around 1970 his absence was felt. Days turned into months before we once again heard the familiar honking and ringing of Mr. Sullivan’s bell. But things weren’t the same. He’d been hospitalized, lost a lot of weight and obviously wasn’t able to stock the truck with much of anything that he probably didn’t grow himself. A few weeks later he stopped coming altogether, and we heard not long after that he had passed away. God bless that relic from another era, a hearty farmer right out of central casting, rapidly becoming an anachronism by the late-’60s, but a comfort nonetheless to Baby Boomers blessed to be experiencing the last gasps of America’s mom-and-pop economy.

What I wouldn’t give to have a produce truck loaded down with fresh veggies pulling up to my home every once in a while, although I’d like to think I’d avoid the diabetic-coma-inducing Pixy Stix, the most insidiously delicious processed sugar delivery device known to man.

Speaking of how times have changed, did you know that until the late-1960s, if you needed medical assistance in many communities, ambulances were dispatched from the nearest funeral home? Conflict of interest? You bet! Where the borders overlapped, they would actually compete at the scene of an accident for the opportunity to transport the most seriously injured individuals, just in case they’d expire before reaching the hospital. Eye kid you not!

This Halloween night I will reprise my role as holy rolling preacher Vance Abner on Max Carter’s lantern-lit yearly jaunt through New Garden Friends Cemetery at Guilford College, where the long-gone inhabitants have been resting peacefully (and quietly) since long before the founding of Greensborough. As visitors make their way from one landmark to another, actors are at the ready to bring history to life with the telling of the early days of the Underground Railroad; a hallowed tree from 1492 that shaded wounded Revolutionary soldiers brought down by a terrorist bomber in the 1950s; legendary ballplayers the Ferrell brothers; and the deep roots of our city’s proud Quaker heritage. As Max informed me, “While traipsing through the cemetery, you don’t have to be worried if you step on the graves because Quakers are as benign in death as they are in life.” There was a lively crowd last year and everything moves at a fast clip, surely one of the more entertaining ways to spend this most sacred of holidays. A 15-year tradition, the tour begins promptly at 8 p.m. on the 31st.  OH

Grand Ole Uproar is one of my favorite party bands of all time, a rolling thunderous New Orleans flavored musical Po’Boy with country psychedelic seasoning and just a sprinkling of cheese. Fronted by Josh Watson, you can always be assured of a great night out when he lays down that funky soundtrack. You’ll have an opportunity to catch Grand Ole Uproar live on October 6th at the Craft City Sip-in, 2130 New Garden Road. Eye plans to be there on the 26th when they perform at Wahoo’s Tavern

Billy Eye is really a great deal more sophisticated and debonair than his writing suggests. 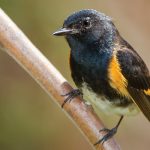 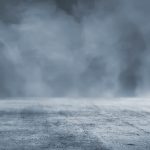