The “Little Rascal” of summer wines

Whenever we enter the dog days of summer, the search is on for refreshing whites to quench your thirst and complement your summer menus of salads, cold plates and seafood. New Zealand sauvignon blanc, Oregon pinot gris and Portugal’s vinho verde are always favored go-to summer whites. But what’s the new secret for a sommelier’s alternate summer white? Try the Italian grape arneis. You can’t really call arneis a “new” grape, since there are references hinting back to the 1400s and definite vineyard references to the grape in the 1800s.

If there were ever a wine region known solely for its red wines, the Piedmont region of Italy would be it. This is nebbiolo land, home to the majestic red wines of Barolo and Barbaresco, some of the hardest, most tannic wines on earth. Decades ago, wine geeks joked that these winemakers made wines for their grandchildren to enjoy.  Fans of these reds have usually assumed they were produced from 100 percent nebbiolo grapes and in most cases they were right. However, Italian law does allow winemakers to blend arneis into their Barolos and Barbarescos to soften the rock-hard tannins. Just as France permitted the Northern Rhone region to blend the white viognier grape into their tannic syrah as a miniscule softener, so goes Piedmont, Italy. Because of this potential blend, many locals refer to arneis as Barolo bianco or nebbiolo bianco even though there is no genetic thread to connect the grapes as relatives. Centuries ago, arneis was planted among the more valuable nebbiolo grapes in a field blend with the hope that the birds would swoop in to eat the cheaper, fruitier arneis and spare the pricey nebbiolo.

Roughly translated, arneis means “little rascal” or “difficult person.” It can be tricky to cultivate, prone to mildew if picked too late, and before the twentieth century winemakers had all but given up on it and extinction threatened.

Modern winemakers plant it in chalky, sandy soil to develop a light-medium body dry wine with more crisp acidity and structure. Common flavors are almonds, apricots, peaches, pears and hops. Winemakers in the United States, always up for a challenge, are planting arneis in Sonoma, Mendocino, Russian River and Oregon with great success. Even Australia and New Zealand are experimenting with plantings.

Two of my favorites come from the Damilano Winery of Barolo and the Cantine Tintero winery from the commune of Mango in Piedmont.

Damilano is one of the oldest wineries in Barolo, passed down to family members for many generations. They pride themselves on their arneis which is dry, delicate, with impressive acidity and full fruit flavors. It has pear flavors, citrus zest and finishes long. It sells for about $18.

Possibly the best value I have ever discovered, this delicious white, under $12, has alluring floral aromas and flavors with great acidity and a pleasant spiciness. Branch out, try an arneis and cool off with something different for the summer.  OH 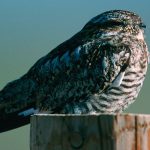 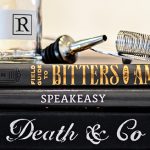