A Future in Funerals

One way or the other

My sister and I are exchanging our funeral files. As one does.

We’ve always kept funeral files. That business about never being too rich or too thin pales in comparison with “you can never be too ready.” An addition here, a deletion there, most arising from being horrified, comforted, or awed at a funeral. Or not. One friend decides every thorny issue with a coin toss, including whether to attend a funeral four hours away. Another decides by asking herself, “Would I like (the dead person) to be at my funeral?” Remember that one does not want to be the topic of the post-funeral discussion about Who Had Not Made the Effort To Come.  Also in my file is a list of first names of people I’ve heard damned for Not Making the Effort to Come, consulted whenever I feel lazy or ambivalent about attending a funeral. I don’t want my name to appear on someone else’s you-know-what list.

The habit of funeral files began years ago, after I’d had some novels published and been involved in some civic stuff. My sister wailed, “Your obituary is going to be three columns and mine will have nothing in it.” To which I responded, “Yes, but your funeral will be standing room only, and I’ll have no friends at mine.” I’ve offended them all.

The sister has requested communion at her funeral. To which I said, “Then you’re not going to have any friends either.” Ain’t nobody got time for that.

My family finds nothing peculiar about firm, absolute, pre-burial dictates. Thirty years ago, when my father died, my mother told the funeral fellow in charge, “I don’t want any limousines. I don’t want a register in the vestibule. I don’t want any of your people inside the church.” The well-meaning director, who was also a longtime acquaintance, finally just gave up and said, “Can I at least come to the funeral?”

Dictates from my file: The minister shall not call out the page numbers. No homily whatsoever. Ministers with a captive audience are liable to go rogue, as once happened at a wedding I attended when the priest rhapsodized over the upcoming Olympic Games and how they compared to marriage. Just, no.

Related question: Do you pay the minister the same way you pay one to perform a wedding?

Preferred hymns, prayers, and scripture readings, even though on a day-to-day basis I don’t know a Revelation from a Lamentation. All are components of a proper funeral file. Plus, tips and notes-to-self such as what to bring to the family. I’ll share: Altoids. No brownies unless they’re stacked on a crystal cake stand with strawberries heaped over them. A not-floristy flower arrangement for the table in the kitchen where food will always be around. Any kind of edible green. Paper napkins, cups, and plates for pick-up family meals — you run out of linens. Wine, duh. As to the garden club friend who brought over a white bow for the front door, well . . . She meant well.

Related question. How do you know if you’re a good enough friend to go over and “be at the door”?

The file is full of observations of every stripe, too. At a funeral for an elderly woman, her husband, dear and doing his best, and the somehow heartbreaking telltale smudges on his suit lapel, where women have hugged him, leaving their powdery traces. A funeral for the household help and a virtual member of your family for decades, where the congregation — including you — literally waved goodbye to the deceased. The internment at the columbarium, where, when the minister concluded with “God be with you,” the deceased’s daughter lurched through the crowd and corrected him. “Goddess!” And this from Betty, a Winston-Salem pal, remembering how, after her mother died, the grandchildren were entertaining themselves playing spoons in the den while Betty and her siblings received guests. Recalling that her older sister had always wanted their mother’s flat silver, Betty hollered, “Count the spoons!”

“Awful is the only way you can be,” she succinctly said, maybe capturing grief better than any file or preparation ever could.  OH 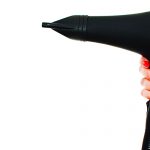 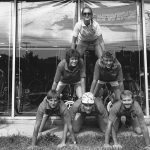