In a world where everyone’s perpetually looking for a shortcut, few things fill the efficiency bill like Twitter. If you can’t say it in 140 characters — now doubled — it ain’t worth saying. But Twitter spawned an even faster, shorter means of communicating, via hashtag. Hashtags are a great way of being part of a group, or movement, or sentiment. Consider political, social, activist hashtags such as #metoo. Or #blacklivesmatter. Then there are the perennials #inmynextlife or #beach. My own hashtags tend toward weird/trivial/minutiae, like #sittingarounduseless (my armoire) or #cheetosandwine (my pre-bedtime snack).

But my favorite hashtag has been coined by millennials: #adulting. This gerund, which appears in no dictionary, is applied, apparently, whenever a 20-something accomplishes some task, errand or goal that falls under growing up, and — gasp — taking on a duty that was heretofore done for you, and probably by your parents. Actual samples from Twitter:

Googled how to boil a potato the other day. #adulting is going well.

I feel super accomplished because I can fold a fitted sheet. #adulting

Now a member of a dry-cleaning loyalty club. #adulting

In bed before nine and I’m not even mad about it. #adulting

Why does chicken take so long to defrost? #adulting

Genuinely proud of myself for replacing my wiper blade myself. #adulting

Getting psyched when you find a great parking spot at the grocery store. #adulting

It’s occurred to me that an entire segment of the populace is omitted and ignored from these posts. So I’ve decided it’s time for a hashtag for us, the baby boomers, and here it is: #olding. I invite you to get on Twitter and get this thing going. I’ll start.

What’s the age that you start giving up belts? #olding

Discovering at a dinner party that you’re all sitting around talking about what kind of dental floss is best. #olding

We actually get up every morning and ask each other how we slept. And then answer each other. #olding

Wearing shuffle shoes around the house — slippers, crocs — and forgetting to take them off when you run errands. #olding

How can I be #olding when my forehead still leaves grease spots against windows? Oh wait — the extra-duty moisturizer.

Putting on pajamas at 5 p.m. #olding

How can I be #olding when I still get chill bumps listening to the Willy Wonka soundtrack?

A toothbrush in your pocketbook in case there are poppy seeds in the cocktail fare, which will wind up in your receding gums. #olding

Discussing the fastest route to somewhere while in the car. #olding

“Olding” is just so infinitely kinder and gentler than certain adjectives — or medicines advertised during Lester Holt — that imply concepts unacceptable to baby boomers. But I’m here to tell you. If you don’t know what Twitter or a hashtag is, you’re it: #justplainold.  OH 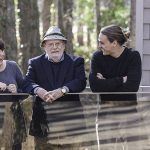 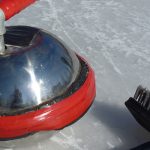