Farewell to the Yankees

A Southerner loses that lovin’ feelin’

A love affair of 55 years is coming to an end. All the symptoms are there: the nitpicking, the tetchiness, the gradual disaffection, even annoyance. Plus the self-searching question — Is it really worth it? — and the go-to from Ann Landers: Am I better off with or without him?

The romance began when I was around 7, and discovered among the Lifes and Times a magazine with a colorful cover drawn or painted — not photographed — with pictures I understood: beach scenes, city scenes, seasonal scenes. Scenes with dogs or kites or sailboats. Most surprisingly of all, there were cartoons inside. Cartoons in an adult magazine?

I was raised on the cartoons, on hardback collections of Peter Arno and Charles Addams and George Booth cartoons. When my parents had parties, I was allowed to eat Spaghettios in the kitchen and pored over those collections so long that I memorized them, and automatically use the punch lines in situations — Put us in the rear, we’re bound to make a scene, and Boo, you pretty creature! — and no one has the slightest idea where the non sequitur came from. When my sisters and I divided items before our family home was sold, the flatware sat there unnoticed while we eyed each other over who would choose the cartoon our father had framed and hung in our swimming pool dressing room: Do you realize there are hundreds of little girls who’d be happy to have a pool they had to clean?

I’m speaking, of course, of The New Yorker.

I have read The New Yorker, or at least parts of it, since I was old enough to read. As with any long-term relationship, we “went on a break,” in today’s parlance, during the partying years of college. But Nancy Bryan Faircloth of Greensboro’s own Bryan family, who saw a future writer in me, gave me a subscription at 20, which continued until her death, by which time I had been mainlining the mag so long that I re-upped and upped and upped. I’ve read The New Yorker on the treadmill and road trips and vacations and by the fire and by the club pool when my children were swimming and friends thought I was deeply weird.

I wallpapered my first apartment bathroom in its covers, as one does when in love. I framed the covers and hung them, checkerboard-like, over the sofa. I have poster-sized prints of a pair of covers (William Steig, illustrator of The Phantom Tollbooth), beautifully framed and hanging in my daughter’s bedroom.

I have gone to hear speakers based on their articles and stories in The New Yorker, including Calvin Trillin at UNCG. I’ve searched the internet for photographs of its writers (especially the cartoonists). I’ve sat in an otherwise depressing Algonquin Hotel lobby to see if the scalawag wits of the Round Table would speak to me. I’ve written an outraged letter to the editor — How dare you overlook a typo in a John Updike story? I’ve turned down hundreds of pages to look up vocabulary words, scissored sections for my To Keep Forever file, sought out books by and biographies about its writers, from E. B. White to J.D. Salinger and even the editor who decided where the commas belonged. Based on its reviews, I’ve gone to see movies that make me even weirder in the eyes of my friends, and endured my husband’s thinly veiled scorn for the magazine’s self-superiority. I’ve submitted stories — a truly laughable exercise in futility for a publication that receives some 300 submissions a day — perhaps just to get the rejection slip to tack on my bulletin board beside another cartoon; this one of a fellow speaking into a phone: “How about never? Is never good for you?”

And I’ve learned so much. About Shakespeare and sand. About Spanx and Zappos. About Stephen Sondheim and Willa Cather and chefs and foragers and long-distance swimmers and celebrities and scientists and what happens to unsold books. Personal histories about summer camp or losing a child or aging or writing, the tragic childhoods of aristocrats — wide-ranging and informative with a dose of human interest. Topics that appeal to the essentially voyeuristic personality of a writer, or someone who’s pretty good at Jeopardy!

And therein lie the reasons for the thinning of devotion, the dissolution of loyalty, the slow, painful, deliberate bust-up with the mother lode of linguistic perfection. More and more, the beloved covers have morphed to political caricatures and cartoons rather than sprightly, witty, whimsical art. Inside are articles about child soldiers and genocides and uprisings and corrupt leaders and terrorist strategy and the judicial system and failing — well, everything. So that, like texts that go unanswered in contemporary romances, two and three unread issues pile up, where they once were eagerly devoured. Glad anticipation has been replaced with relief, when an issue arrives with zero articles I want to read.

Ever heard this one? “You’re just not fun anymore.”

And so, goodbye luminous literary stars. Goodbye cartoons. Goodbye big words. Instead of a bang or a whimper, there’s just this variation on a Dear John: Dear The New Yorker, No need to renew my subscription. But I’ll never forget you.  OH 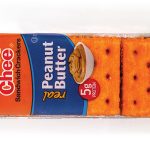 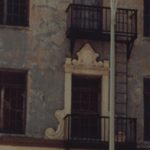