Treasures From a Vanishing World

Not long ago, while taking a back road home from the coast, I rounded a curve and saw a handsome old farmhouse sitting in an overgrown field, clearly abandoned, with wild roses claiming one end of its sagging porch.

Ignoring a rapidly approaching thunderstorm, I pulled off the road to sit and look at the house, wondering about the people who once called such a beautiful old place home. I saw birds — swifts or starlings, I think — flying in and out of its flower-wreathed porch and thought of a recent conversation with a friend who roams the rural landscape of this state salvaging architectural pieces and forgotten artifacts from abandoned houses and farms, everything from doorknobs to bathtubs, barn doors to family Bibles, broken gates to foundation stones.

He calls his finds “treasures from a vanishing world,”provocatively insisting that these ordinary objects and pieces of abandoned habitats not only bear the spiritual imprint of their former human associations, but also deep ancestral memories.

“You can see them everywhere,” he says, “old houses sitting off in the woods, barns abandoned to make way for housing developments or wider highways for a society that can’t get there fast enough.

“Such sights should haunt us,” he adds with the fervor of an evangelical preacher. “We’re throwing away our nation’s natural history, destroying our heritage piece by piece, forgetting who we are and where we come from. It’s a tragedy, something everyone who is truly patriotic ought to care about.”

He showed me a beautiful bell salvaged from an abandoned schoolhouse near the town I regularly pass through. The craftsmanship was superb.

“The schoolhouse was made from the finest red brick, built by real craftsmen in a time when that meant something special, pride of hand, probably from the early 1930s, the heart of the Great Depression. It had charming wooden windows and handmade doors and an actual cupola. You could almost hear the voices coming from that empty schoolhouse — the place where kids learned to read and do their multiplication tables, memorized the fifty states and Pledge of Allegiance and fell in love with a girl or boy seated near them. Today saplings are growing through the floor of that beautiful old building, the wind whistling through its busted-out windows.”

Like my friend Rick, I spend a lot of time driving the back roads of this state, looking at the land and noticing abandoned fields and places where someone once raised a family, birthed a child, waited for the passing of a loved one, or simply sat on a summer porch snapping beans in the long summer dusk the way my grandmother Taylor loved to do.

My reverence for small-town values and winding back roads — the slow way home, as I call it — is unapologetically romantic and lately seems almost as endangered as Rick’s old schoolhouse bell, somehow connected to the soul of our collective patriotism.

What we worship, a wise man once told me sitting on his sagging porch in Vermont, we become. (But more on him in a slow lane moment.)

Every road I travel nowadays seems to be in a state of constant construction, half-built and ever widening to obliterate nature and anything that happens to be in in its path, reminding me of my own vanished heritage.

Four generations back the patriarch of my family operated a vital gristmill on the banks of the Haw River and worked as a contract surveyor for the state, plotting out the boundaries of several central counties just after the Civil War. This man somehow found time to also serve as an itinerate Methodist preacher traveling from one rural parish to another, Piedmont to western hills, preaching the Gospel.

One winter afternoon a few years ago, my wife and I found George Washington Tate’s headstone in the burying ground of a small Alamance County church. It was simple, dignified, garnished only by moss and time. He and his wife lay side by side.

It would have pleased me to show my Yankee wife the remains of G.W. Tate’s once thriving gristmill on the banks of the Haw, but it was no longer there or simply hidden from view.

As a kid, I saw it several times and even fished from the stones of its original millrace, feeling as connected to that place as if it were consecrated earth. Today, you cannot find this spot because the Interstate was doubled in size two decades ago, swallowing my great-great-grandfather’s gristmill whole.

As I sat on the shoulder of the roadside feeling the wind rise from the approaching storm and pondering the fate of that elegant old farmhouse that’s now a home to birds and wild roses, fancifully wishing I could find a way to magically save it, perhaps by starting an Old Farmhouse Rescue League, another voice popped into my head — the one warning that what we worship, we become.

On a spring day in 1991 I found my way to his rural Vermont farmhouse door for a conversation about patriotism.

He poured me a cup of coffee and we sat down at a table in his kitchen. Lying between was the latest copy of Time magazine, its cover proclaiming “A Time to Savor.” Just days before, the First Gulf War had officially ended and flags were flying from porches along the main street of his tidy Vermont town. Coming on the heels of the end of the so-called Cold War, America was in the grip of patriotic fever, eager to start spending what some called the country’s hard-earned “Peace Dividend” on much-needed domestic issues.

Time once called Rev. Bill Coffin “America’s Last Peacenik.” I asked him if he savored this time in America.

Coffin smiled and pointed out that the Japanese had actually won the Cold War and insisted that the much-publicized “peace dividend” was mostly being spent to develop new and better ways of obliterating any future enemies at the expense of America’s working poor and homeless. He added that pollution was destroying our rivers and other natural resources and mentioned mindless urban sprawl that was killing small towns and obliterating the night stars.

He added that our history was his source of hope and patriotism. “Plato said, ‘Whatever is honored in a country will be cultivated there.’ My version of that is, whatever we worship we become. Unfortunately, our society worships professional athletes and better highways.

“But if you look at when this country got started as a nation, with something like just three million people, we managed to turn out Washington, Jefferson, Hamilton, Franklin and Adams — a list of great thinkers as long as your arm. Now, with a population eighty times as large, you have to ask yourself why we can’t turn out one statesman of that caliber.”

Before I could pose another question, he sipped his coffee and added, “American democracy is such a precious thing. For the moment I fear it’s in grave condition. Half the population feels it’s useless to vote — they feel their voices don’t matter, and they’re probably right. Every night 100,000 children sleep on the streets of this nation, the wealthiest in the history of the world. And 37 million Americans go to bed with no more health insurance than a fervent prayer that they will awaken in decent health in the morning.”

He shook his head as we walked back out to his porch. “The gaps between the classes are widening dangerously — the very rich and the very poor are effectively seceding from America, I fear.”

“So, I gather you’re not really optimistic about the next twenty-five years,” I prodded.

Coffin laughed. “On the contrary! I’m always an optimist. Hope is a distinctly Christian idea and America is a place founded by farming optimists! Optimism is in our DNA — and so is diversity. Patriotism should not be based on agreement. It’s based on mutual concern. When hearts are one, all minds don’t need to be. In a democracy, God help us if all minds are one.

“Tell you what,” he declared, “come back and see me in twenty-five years and we’ll both see if anything has changed for the better. What year will that be?”

“Two thousand sixteen,” I said, hurriedly working out the math in my head. At that moment the year 2016 seemed light years away.

He gave me a final robust grin. “Right. This house is 200 years old and I’ll only be 92. Hopefully we’ll both still be here. I’ll wager the roads in Vermont will be whole lot better, too.”

We laughed and said goodbye.

Sadly, I never got back to Bill Coffin’s farmhouse. Like a treasure from a vanishing world, America’s last peacenik passed away in 2006, the year my wife and I officially moved home to North Carolina.

But I never forgot the things he told me that spring afternoon.

As I sat in a kind of reflective daze by the side of the road, a bolt of lightning hit a tree in the distance and the rain came down with a Biblical vengeance. The birds flew away and I drove on, passing a roadside notice that said the road was scheduled for widening sometime later this summer. 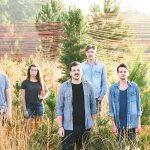