Parents, be careful about the music you play in your car.

Eighteen years ago, when Allison Bailey was 11, she was riding around with her mom in Pensacola, Florida, listening to the cast recording of a brand-new Broadway musical called Wicked, the backstory of the witches in The Wizard of Oz.

“This is what I want to do,” young Allison announced over the songs.

“Maybe the show will still be around when I’m old enough to do it.”

This month, Bailey will play Glinda, the good witch, when a touring production of Wicked becomes the first Broadway show to take the stage at the Steven Tanger Center for the Performing Arts in Greensboro. 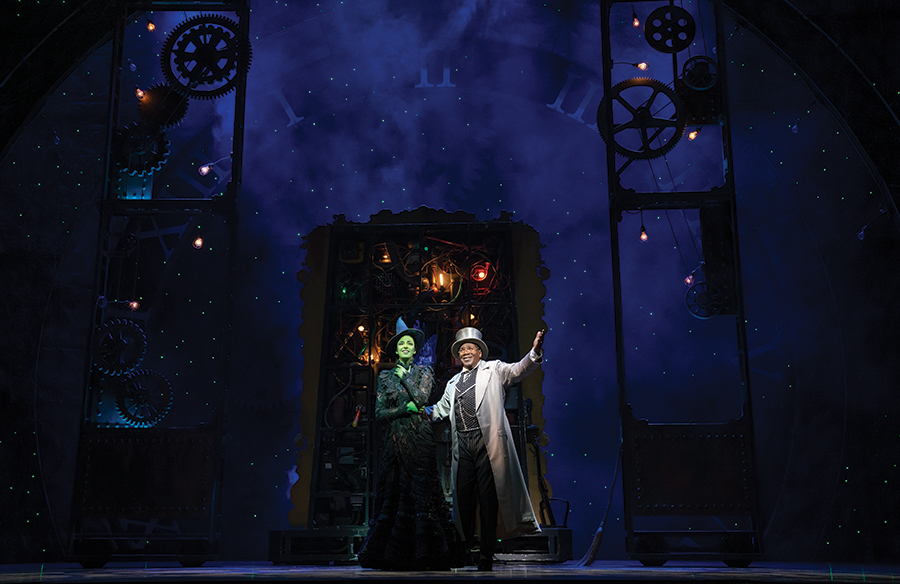 The much-loved story, which is the second highest-grossing Broadway show behind only The Lion King, is scheduled to open October 6.

“I’m so excited to be a part of this special day for the city,” Bailey says from Dallas, where the road-tested show resumed in August after a 16-month hiatus brought on by COVID.

After a stop in Charlotte, the production will land in the Gate City and stay until October 24.

“I know it’ll be magical,” says Bailey, true to the spirit of her character. “It’s wonderful to see an audience again. It feels like home.”

Coming back from an extended break, Bailey admits that her costumes felt a little heavier and her heels lifted her a little higher than she remembered (her princess-like gown weighs about 25 pounds), but a pandemic fitness routine helped her stay stage-ready while she weathered the shutdown with her family in Pensacola.

She bought a Peloton bicycle and walked the family’s poodle twice a day.

She continued voice lessons, via FaceTime, with her teacher in New York City. She also hopped on Zoom with her own private students to help them polish audition material. She started online coaching during COVID; before, she taught in-person, in cities where the production took her. Often, mornings found her in dance studios, community theaters and high schools. 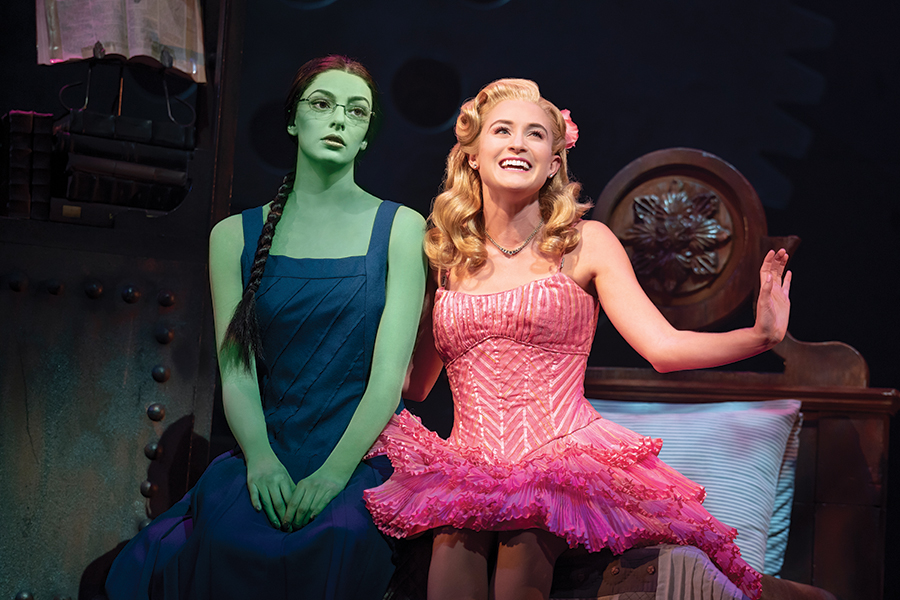 “It was great to be able to meet the local people,” she says.

Not that long ago, Bailey was one of those local youngsters, dreaming of big stages.

There was no history of theater in her family. Her mom was a nurse for a major insurance company; her dad was a wine-and-spirits distributor; her brother grew up to be a pharmacist.

Bailey wanted a higher profile. She was not long out of first grade when she landed her first role: an orphan in Oliver.

“I had absolutely no lines,” she recalls. “I was just happy to be on stage and have an audience and lights.” She did musical theater throughout high school, supplementing it with other activities that required an audience: “I did debate. I was a huge mock trial nerd. We won state.”

During her years at the Boston Conservatory, she appeared mostly as an ensemble player, singing and dancing in the background of various shows.

“I think that prepared me,” she says. “It’s about being a team player.” 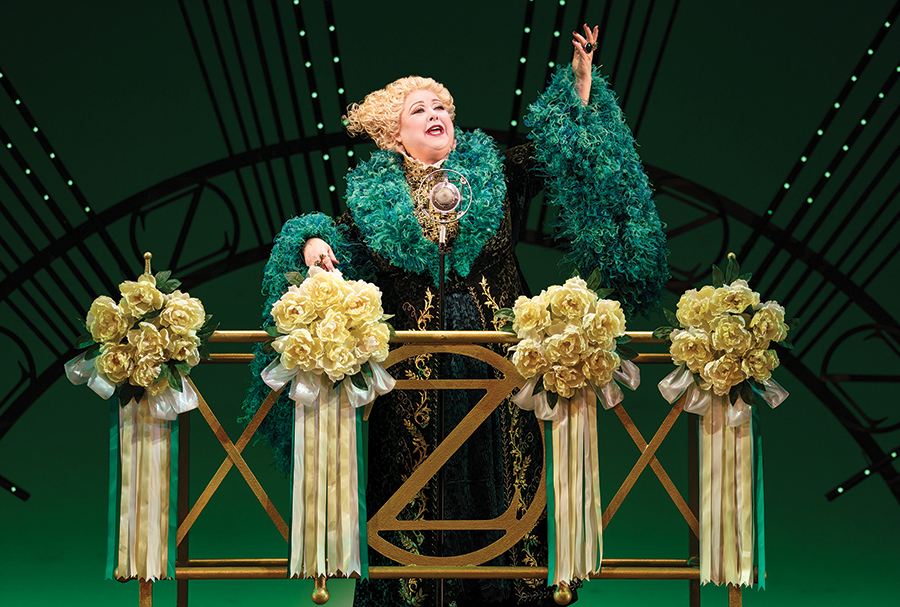 She joined the Wicked touring ensemble in 2015 and became an understudy to the good witch. Her big break came unexpectedly in 2019. Her family was vacationing in Zion National Park when her agent called. Could she send an audition tape for the co-starring role in Wicked if he sent pre-recorded music? “I said, ‘Let’s do it,’” Bailey recalls.

She sang in a hotel room while her mother recorded the numbers with a cell phone.

They’d just gotten back to Pensacola when her agent called again, this time with wicked good news: Bailey would hit the road as Glinda, a role she owned for six months until COVID arrived.

Now, she’s back in the bubble — the mechanical bubble that lowers Glinda to the stage in her grand entrance, beginning a long flashback that sheds light on how the witches came to be who they are.

Young Glinda is blithely clueless as a student at Shiz University where she first meets Elphaba, the bookish and idealistic green girl whom the world will later know as The Wicked Witch of the West. They come to loathe each other in comical and heart-rending ways.

“I think everyone can sort of see themselves between both of the female characters,” says Bailey. “I think that everyone has felt like Elphaba at some point, lonely and isolated. Some have experienced bullying. For Glinda, she’s so shallow and self-centered, and everything is on a surface level. She learns so many hard lessons along the way, and I think we’ve all done that.”

Bailey — who will turn 30 on October 21, while she’s in Greensboro — was quick to confirm that she’s good friends with Talia Suskauer, who plays Elphaba in the traveling show.

For more information and to snag tickets, visit tangercenter.com.

Maria Johnson is a contributing editor of O.Henry magazine.