It wasn’t easy being the daughter of a Southern WASP in Boston. As a kid, I fumbled to find the right words when my Catholic, Jewish and agnostic friends asked “what I was.”

“I’m a Piscopal,” I announced uneasily. This seemed to get me off the hook when my best friend’s dad invited me to say the rosary.

My mother, a Colonial Dame, explained that Protestants had broken away from the Catholics for more freedom. But when I saw what fun the Catholics were having at church every Wednesday evening, the frilly white dresses they wore to their First Communions and the romantic names of saints they adopted at their confirmations, I resented that I had been freed against my will. Being a Piscopal offered no perks.

My Jewish friends got bar and bat mitzvahs. Every weekend during seventh grade, I listened to them recite passages from the Torah and slow-danced with their handsome cousins from New York under the shimmering light of a disco ball. Once, I watched with fascination as the parents of my newly initiated-friend kissed with their tongues. I was sure French-kissing was one of the 95 indulgences Martin Luther had pinned to the church wall. Could I protest my Protestantism?

On Sundays, I wriggled into itchy white tights and sat on the velvet pews of our church. The only brightness in the stained glass sanctuary was my brother lip-synching the minister’s words.

“Do this for the remembrance of me,” he mouthed with his eyes crossed.

In high school, I fell for a Catholic boy like a wrecking ball against brick. There were fire-hot days spent with his 11 siblings on an estate in Woods Hole, and snowy Christmas Eves spent waiting up for his phone call after Midnight Mass. From my early-19th-century twin bed (if Protestants didn’t keep idols, why did Mom worship antiques?), I watched the snow fall on our pilgrim roof. Oh, how I would have loved to light candles with JFK as the clock struck 12!

Sitting on the bleachers of Harvard’s hockey stadium, I regarded my boyfriend’s mother, a former WASP who had converted to Catholicism, with sideways longing. She was tall, brunette, and kept an angelic distance from her offspring, smiling gently when they scraped their knees, frowning slightly when they broke the rules, and whispering amusedly, “Excuse me,” when she caught us kissing in the living room. Even as our love was dying in the early days of college, my boyfriend’s religion lingered on me like my freckles from our Cape Cod weekends. On a required freshman demographic survey, I checked the box “I believe in the sanctity of human life,” feeling the tiniest thrill of rebellion towards my parents, who had on many occasions trapped me in our station wagon to explain the benevolence of Planned Parenthood.

My Southern university did contain Protestants, but they seemed to be speaking a different language from the one I had learned. They mentioned Jesus so often that I started to think I might bump into him at the next fraternity party. They highlighted the Bible with yellow markers and sang praises with a rock band. On Friday nights, they hopped into SUVs with clean-cut boys who were genuinely happy to just hold hands. I was so envious of their clarity. I kept clicking “refresh” in my soul, hoping there might be a Paperless Post from God.

Meanwhile, back in Boston, my brother toyed with agnosticism. His deepest faith was in Tom Brady; his chapel was Fenway Park; his prayer of Thanksgiving was when the golf ball sank — by grace alone — into the 18th hole. “This one’s worth watching,” he wrote, emailing me links to TED Talks in which geniuses argued for community without communion. During a 10-year stint when I lived in New York City, this philosophy was more compelling than ever.

But I sensed there was magic in this world, and didn’t that necessitate magic outside of this world? It was in the never-ending silence after my son was lifted from me and I waited for him to cry. It was in innocence. In my body’s gut-wrenching reaction to violence. When I moved to my mother’s home state of North Carolina with my husband, it was in the rose-colored sky at 8 o’clock on summer evenings and its reflection on the house next door. “The bricks are glowing again,” I said, and some tiny creature inside me felt awed. I was aware of a quiet, lower case rapture.

If Boston had been the muddy water in which I was ineligible for Holy Communion and matzoh ball soup, Charlotte was like the Baskin Robbins of Protestantism. I now qualified for countless parishes and all of their perks.

Like the Bachelorette dizzied by an “amazing group of contestants,” I began seeing all of them. I dressed up to meet the handsome Episcopal Church and recite poetry from his eloquent Book of Common Prayer. Just around the corner, the Methodists had an infamous Kids Carnival and a charming minister who, it was exclaimed by beautiful women at cocktail parties, had been nominated for bishop! I joined the gym at the Presbyterian Church and enrolled my son in its Kindermusik classes.
On Tuesday mornings, we sang “Jesus Loves Me,” and played with a marvelous selection of silk peekaboo scarves. From our backyard, morning and evening, we heard the enchanting bells of the Baptists.

Suddenly, like a herd of elephants who’ve caught wind of an oasis, my family and friends submitted their opinions on which church I should join. Methodism was too new; never mind that Catholicism was too old. Episcopalians were too superior, never mind that Baptists were too humble.

My mother seemed keenest on the Presbyterian Church, with its Scottish roots.

“But I’m Episcopal. We went there every week. I was confirmed.”

She laughed. “Oh, the Episcopal Church was more convenient. Our friends went there.”

I hung up the phone and laughed, thinking how arbitrary the aspects of our identity can turn out to be. I looked out the window of my new house. Here was my new street. In my new city. I put a hand on my belly, where there was another new life. After 32 years, I would have to make my own choice about a church for my family.

“Where would you like to go to church?” I asked my toddling son, and he looked at me, trying so hard to understand the question. I picked him up and held him tight, realizing that whatever SWASP’s nest I began weaving for him now, he would spend the rest of his life unraveling.  OH 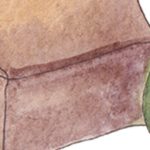 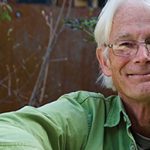