The summer I moved from New
York to North Carolina with a 1-year-old boy, I was already eager to have a baby girl. It was all about the bonnets. Here in the Old North State, parents still embraced the traditional style of pastel day-gowns and smocked jumpers. My son was wearing a little white bucket hat that tied under his chin; he needed a sister in a sundress.

Babies, my Southern grandmother had taught me, should wear soft colors. Baby Gap might try to trick me with its tiny jeans, orange onesies and mini sneakers, but my new city was protected from fads by a population of sleek, tailored mothers. “Yummy Mummies,” I had heard someone call them, and while the expression made me gag a little, I couldn’t help but hear it in my head every time I pulled into the preschool parking lot and saw a tall blonde hopping down from a Chevvy Tahoe in yoga pants. She often had two — sometimes three! — babies, all in matching sailor suits or gingham jumpers. I was not blonde, and I felt naked in yoga pants. But I had a strong set of biceps; surely I, too, could lift well-dressed babies out of an SUV.

My baby boy was fairly easy: He ate, he slept. Once, we brought him in a bassinet to a work function and a colleague asked if he were a waxen doll. But the new baby, who arrived in the middle of a snowstorm, was not a waxen doll. The new baby screwed up her little red face and wailed. The new baby made my other baby cry. I didn’t even take the pink Feltman Brothers gowns out of the wrapping paper; she was spitting up like a professional. One by one, friends and family uttered the word “colic.” I was thankful that my 18-month-old liked siren sounds.

When I opened the door, three nurses peered in, as if upon a petri dish.

“We couldn’t believe,” one of them said in a gentle Southern accent, “that all that crying was coming from the same room.”

“Yes,” I said numbly, and lifted the car seat with an aching bicep.

“Come to the beach and get some help,” my parents said from the coast in Wilmington. I packed the criers into the car and listened to them wail down Highway 74. We arrived exhausted, soaked through with milk and pee and drool, and as I handed the miserable baby to her grandmother, my son yelled the names of vehicles: “Log loader! Dirt digger!” At the end of night two, my mother said sympathetically, “You weren’t exaggerating.”

My dad, more agitated than sympathetic, pressed pause on the nightly news and requested to know the next day’s plan. The word “plan” sent me to a mental state somewhere between fuming and hysterical. Here was my plan: I stuffed the little baby into her baby-backpack and chased my son through their un-baby-proofed home, which now appeared less a beach retreat and more a haunted house of spooky staircases and hidden outlets. “At least,” I said to my husband from the passenger seat on the way back home, “they are each a week older now.”

We returned home to a front porch of packages: silver spoons and crystal picture frames and gorgeous dresses that were, to our miserable new mammal, entirely unusable. Previously I had considered gift-giving as an exquisite form of Southern hospitality; but in my delirium I was starting to understand baby gifts as tiny apologies from people who felt sorry for us. My husband beat the cardboard boxes into our recycling can. I quivered over my thank-you notes.

Month four arrived and she was still shrieking in the night. Sometimes she woke her brother, who called out into the darkness, “Mommy! Wheels!” I was unable to attend story hour at the public library read by the man with a monotone. I skipped the Musikgarten class that I had paid for. I was too busy living out the human condition. Cavewomen had no need for a 3-month-size smock. And neither did I.

I now looked at the other moms in the parking lot a little more closely. Did they have spit-up all over their blouses?

“We were wet,” one mom confided, “for seven months.”

How, I asked a young woman who was in a book club I had attended in another lifetime, do you get a cute picture to post on Instagram?

“You take a video,” she said matter-of-factly, “and take a screen-shot of the one second when she’s smiling.” I could have broken her with my grateful hug.

Month five rolled around and I was still not, as the Bump.com site suggested I should be, “enjoying my baby.” Exasperated, I booked a plane ticket to New York to visit some friends. This break was something I deserved, something I needed, something that would be, I told myself as I took off my shoes and, thinking of my son, admired the wheels on the conveyor belt, “good for all of us.”

In New York, I walked down the city sidewalks at the speed of light — not weighted by my stroller. I sat down (in a clean blouse!) with an old friend outside a charming West Village café. No sooner had we air-kissed and taken a sip of our iced coffees than a firetruck sounded on the next block. To my friend’s bewilderment, I craned my neck to see it.

“Firetruck!” I said, as the shiny red engine came into view. And then, unable to stop myself: “Here it comes!” She laughed, unsure why this was remarkable. “They don’t have those in North Carolina?” Next, a mom came into the coffee shop wearing a little baby-backpack.

“How old is she?” I cooed. I listened with rabbit ears to her answer. I nodded with kindness. “I have two!” It seemed imperative to me that she know. I realized that the tiny noises and smells and chores I had tried to escape were now calling me home. I was thankful to be on the sunrise flight home.

My sweet girl — whose colic is long gone — is finally bonnet-ready. When I tie the bow under her double chin she grins like the Cheshire cat. Strolling around the neighborhood in the sunshine, I catch myself enjoying my baby. We peer at each other, still knowing so little about each other except this: There’s fire behind her façade; and being a Southern mother will require so much more than tying her bow.  OH

Caroline Hamilton Langerman has written for many publications, including Town & Country and The New York Times. She is an essay specialist at the Charlotte Latin School. 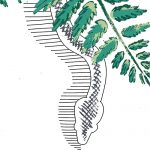 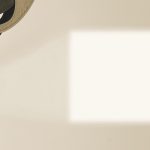 My Life in a Thousand WordsOctober 2017