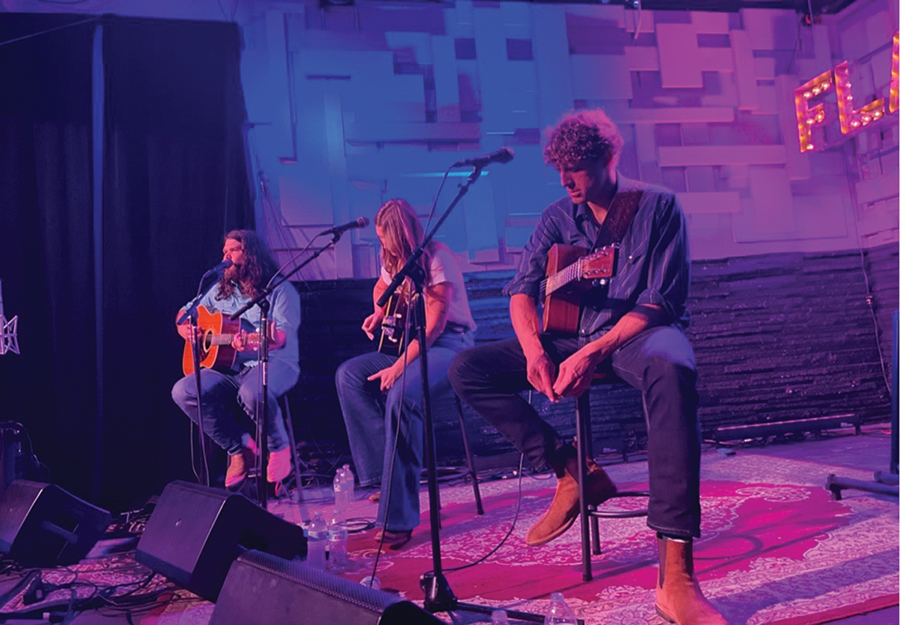 Seventeen years ago, Greensboro philanthropist and businessman Bobby Long personally signed a $25 million letter of credit with the PGA Tour that saved one of the most venerable professional golf tournaments from the dustbin of history. At that time, the former Greater Greensboro Open —  known then as the foundering  Chrysler Championship — was losing its title sponsor with no potential successors waiting in the wings.

Within a year, however, in partnership with a creative young tournament dynamo named Mark Brazil, Long broadened the outreach of the formerly Greensboro-focused event to the wider Piedmont Triad region and secured a major tournament sponsorship with then-Chairman Steve Holmes of Wyndham Hotels & Resorts. It was a master stroke that transformed the new Wyndham Championship into one of the most innovative and family-friendly events in professional golf.

Since that time, the team of Long and Brazil, along with their colleagues at Piedmont Triad Charitable Foundation, have gone on to serve a host of regional charities and projects aimed at improving the quality of life and economic opportunity across the region.

Last March, the dynamic duo joined 10-time Country Music Association’s Musician of the Year Mac McAnally for a concert at downtown Greensboro’s One Thirteen Brewhouse + Rooftop Bar to quietly kick off an ambitious initiative they call “Live Music Vibe.” It aims to develop the Gate City and surrounding communities into a regional capital for budding songwriters, musicians and live performance music.

“In a nutshell, we’re hoping to do for live performance music in the region what we did for professional golf,” explains Brazil, Piedmont Triad Charitable Foundation CEO, who once again is the enthusiastic tip of the project spear. “We’re not trying to reinvent the wheel, mind you. We are learning as we go from some of the sharpest people in the music industry, aiming to provide a place where up-and-coming songwriters and performers can afford to come and develop their craft before live audiences.”

Just as they revitalized the PGA Tour’s sixth oldest golf tournament — in part by identifying the Tour’s rising stars and building relationships with them — the plan is to do the same with emerging and established musician and songwriters in our region. The hope is that the Triad will become a more affordable and less daunting music venue than Nashville and other big-time music capitals.

As Mac McAnally points out, the traditional capitals of live performance music, are frequently out of reach for many promising singers and songwriters. With a robust musical heritage that includes everything from the opening of the Carolina Theatre in 1927 (hailed as the “Showplace of the Carolinas”) to the legendary Chitlin Circuit of the 1950s and ’60s, Greensboro owns a rich musical heritage. With the city’s timely designation as the permanent home of the North Carolina Folk Festival, Greensboro seems to primed to become a launchpad for rising performers.

“When you are starting out in the business, finding a place to play to an appreciative audience is really what it’s all about,” McAnally, a mainstay of Jimmy Buffett’s Coral Reefer Band, points out. “To make more places accessible for up-and-coming songwriters and musicians to try new music and refine their craft is something that can only expand the music business — and bring new people to it.” He notes that in the music industry of the 1950s, bands and musicians toured largely to promote their records, but the monumental growth of the record business over subsequent decades, plus the introduction of digital sales, basically killed off the touring business. 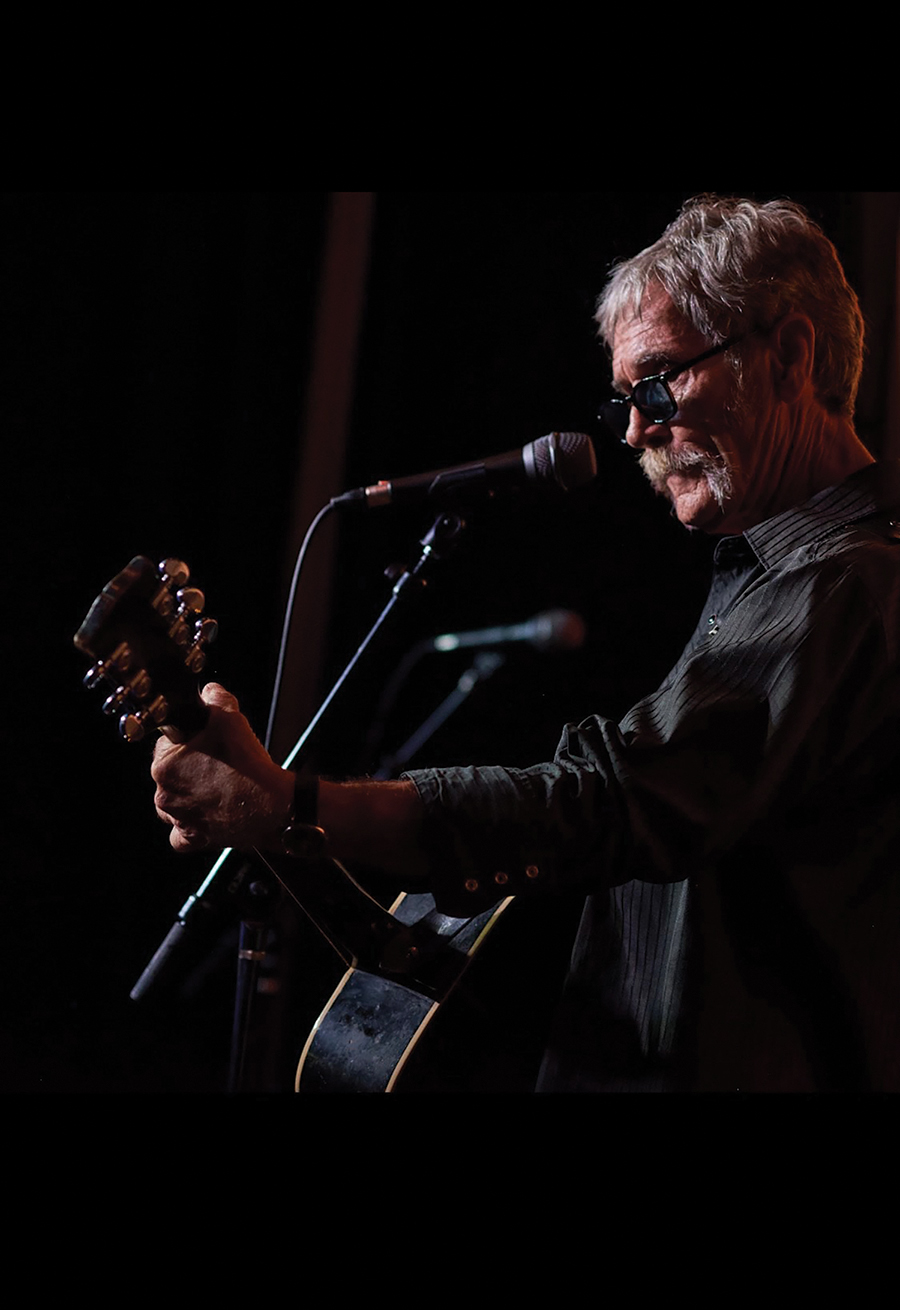 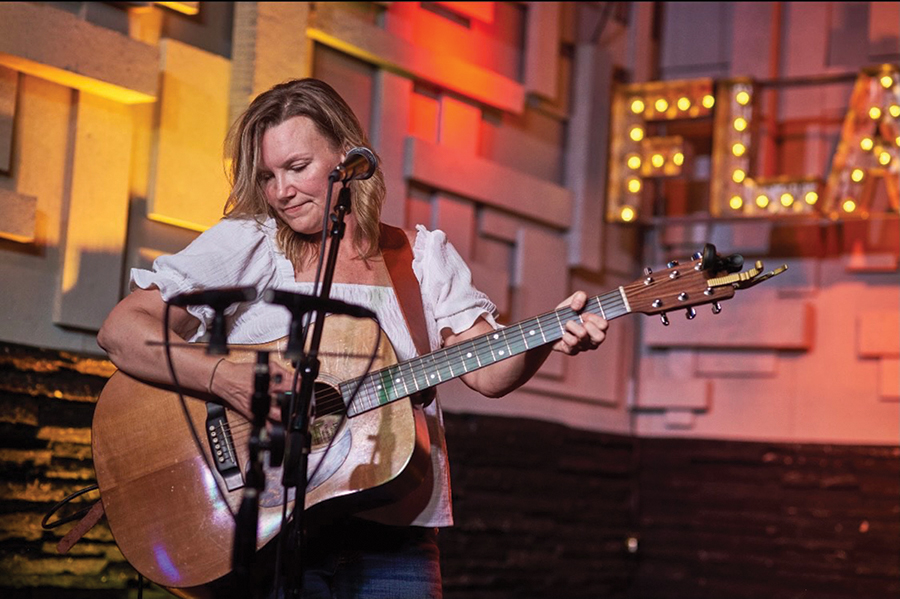 With record sales flat, the legendary country music performer — a former session musician from Alabama who went on to write major hits for country music royalty — thinks the timing may be ideal for the return of live performance touring and development of local grassroots talent.

The idea of a regional music series that could complement and maybe someday rival the traditional live performance capitals of Nashville and Austin, Texas, in fact, came out of an impromptu conversation McAnally and Bobby Long had with Jimmy Buffett prior to the pandemic about how the music world was changing. The three men mused upon what opportunities might emerge from an unprecedented period of lockdowns.

“Our goal is to simply be additive — to contribute to opportunities for people here to see great music and up-and-coming artists as well as terrific local talent,” explains Mark Brazil, who outlines a three-plinth strategy for developing the Triad Music Vibe.

The first two legs involve partnering with McAnally on a singer-songwriter series that brings emerging musical talent (anywhere from 10 to 15 artists per year) to the area, in addition to providing performance opportunities for local songwriters and musicians. The third aspect is to bring more live performance music to downtown Greensboro, particularly the five or six blocks on lower South Elm Street, creating what Brazil calls “a gathering spot for great live music.”

Back in April, Brazil and Scott Baxter, CEO of Kontoor Brands, put together an evening of live performance at several of Lewis Street’s most popular night spots. “It went over extremely well,” Brazil notes. “It was kind of a glimpse of what Greensboro and other cities in the region could be in the future.” A follow-up event at the Flat Iron and recording studio on Summit Avenue introduced a trio of rising national singer-song writers to a local audience, including a gifted Montana artist named Marcedes Carroll, who may partner with the initiative going forward. 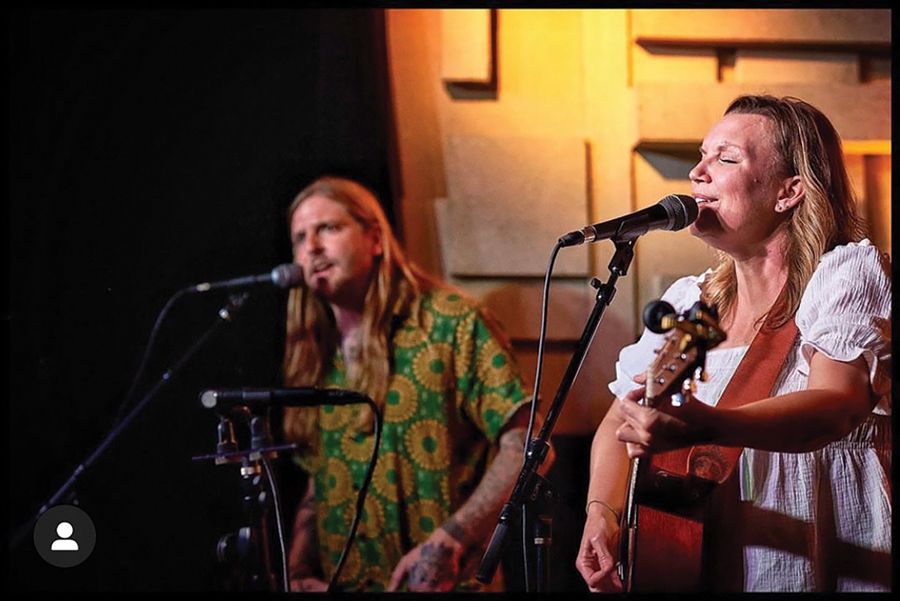 As the North Carolina Folk Fest returns to town, the timing and the vibe both seem right for a grassroots awakening that already seems afoot. Several of the city’s most popular breweries feature live music several nights of the week. Recently opened Steel Hands Brewing on Gate City Boulevard just completed its own “Nashville Nights” series, a local touring program that got its start at their original Columbia, South Carolina, location several years ago. “Because of its strong music culture and younger population, we identified Greensboro as a great place to expand our operation and the concept of bringing touring artists and live sets for local songwriting talent,” explains Ashley Lambert of Steel Hands, which staged 11 performance evenings from June to August. “It was so well received,” she adds, “we’re planning to expand the series next summer — adding a really great outdoor venue.”

All of this is music to the ears of Brazil and Long. Inspired by the success of Myrtle Beach’s Carolina Country Music Fest and North Wilksboro’s popular MerleFest, Mark Brazil envisions the live performance vibe someday growing strong enough for the Triad to support its very own music fest.

“At this point,” agrees Bobby Long, “we are still in the discovery stage, connecting with key folks who have an eye for emerging talent. We’re blessed to have Mac and others helping us bring this thing about. We think if new up-and-coming artists find a warm welcome here and across the Triad,  they’ll keep coming back. “I come from a small town that’s still inside me,” says McAnally. “And I was blessed to shape my career through live performance in listening rooms and bars across America. Greensboro has a lot to offer the music world. It will be exciting to be part of that.”  OH

A Slip of the Chisel.Feature, September 2022