Bending Towards The Light

Getting the holiday groove on with Jazz Nativity

The story is a familiar one, passed down from generation to generation, retold this time of year in a celebration of faith, hope and redemption. It’s an ancient account of old school royalty meeting their new school king, a ruler unlike anything this world has ever seen. And even though there are variations on the theme, most everyone tells it the same way — with one notable exception. Bending Towards the Light is unlike any other celebration of the Christmas story you’ve ever seen. In this one, the three wise guys have gifts that the original trio lacked. They come bearing trinkets, but their real gifts lie elsewhere. In this jazzily bent telling of the
Nativity story, one highness is a tap-dancin’ fool, one can blow holes in the firmament with his trumpet, and one is a virtuoso Latin percussionist. And over the last twenty years, it’s become a Gate City tradition.

This treatment of the Christmas story was launched in 1985 when
singer/composer Anne Phillips got a call from John Garcia Gensel, the priest of St. Peter’s Lutheran Church in New York City.  The church had done a jazzy treatment of the Christmas story as a fundraiser for the midtown art council, but wanted to have a more structured, professional presentation. “They needed to have somebody really write it this time because they had the kings coming down the escalator or something,” Philips said recently from her home in NYC.

Gensel, who died in 1998, was known as “the jazz priest.” “He loved jazz,” Phillips says.  “So whenever there was good jazz, which was all the time around town, he would be there. And he got to know the musicians, and musicians felt like they could go to him with their problems and talk to him, so he became known as the jazz musician’s minister.” Gensel came to Phillips with the idea, but it was Phillips’ connections that got the big boys of jazz involved from the get-go.

Phillips knew many jazz giants from recording sessions as a backup singer, on her own CDs and also from doing commercials.

Although the show debuted in ’85, its first out-of-town performance wasn’t till 1996, here in Greensboro. “It was because of a lovely man named Lacy Baynes,” Phillips says. “I sent him the music before it was ever published.”

Baynes, a member of Greensboro’s West Market Street United Methodist church, first heard of the Jazz Nativity through Charles Kuralt, best known for his mellow travelogue On The Road series, debuting in ’67 for CBS. “I read years ago, Charles Kuralt’s America, the first book he wrote after he retired in ’95, about attending this Jazz Nativity in NYC, and I was somewhat fascinated by the title,” Baynes says. After discussing it with his wife, he copied the pages from the book and showed it to WMSUMC’s musical director/UNCG music professor Bill Carroll, who liked it as well, and contacted Phillips, who sent the score along. “It’s been performed at West Market ever since that time,” Baynes says. Bassist/composer Matt Kendrick, an instructor at Wake Forest University in electric bass and jazz improvisation when not performing nationally and locally, has been a member of the Greensboro Jazz Nativity presentation from the beginning. “It’s the Nativity, you know, there’s a manger and everything,” Kendrick says. “I’m pretty busy over there playing, we have a pretty extensive instrumental part to deal with,” Kendrick says of the score the nine-piece orchestra tackles annually.

There’s some visuals to go along with the music as well. “There’s a big tap dance thing, a jazz tap dance,” Kendrick says. “We play this really big arrangement of ‘We Three Kings,’ and at the end they offer their gifts to the baby Jesus. The tap dancer gives him little bitty shoes, trumpet player has a little trumpet, and the percussionist has some sticks.” There’s a big Latin number, a percussion solo originally written for Tito Puente now covered in WMUMC’s presentation by local percussionist Cesar Oviedo.

Kendrick gives an aural mini-tour of the show. “There’s a Dave Brubeck–like tune that’s got the ‘Take 5’ groove to it, ‘Joy to The World’ is pretty swinging, ‘Bending Towards The Light’ is a little ballad, sort of a Steve Swallow or Pat Metheny type of ballad.”  “Silent Night” comes off as a laid-back, slinky, soulful take on the classic originally arranged by Phillips’ husband, saxophonist Bob Kindred. Then there’s a vocal quartet on “Deck the Halls” that Kendrick describes as a Lambert, Hendricks & Ross thing, comparing it to the jazz vocal trio featuring Annie Ross, whose upper range enables her to skitter around in the stratosphere singing high trumpet parts. “Lots of chorus parts, big old choir, lead singers — people love it, it’s a nice little show and it’s not even an hour, you know?”

The concept of putting jazz in a church may have startled some conservative churchgoers early on.

“I think a few people blinked at West Market back in the 1990s when it was first performed,” Baynes says, “but it’s been very popular, a standing-room only audience.”

“It’s jazz, and everybody who comes is expecting that,” says Alice Ann Johnson, WMUMC’s current director of music and arts.  “I don’t think anybody ever had any problem with it.” One of the contributing jazzers even got religion for the occasion. “There’s a great hymn written by Dave Brubeck, called ‘God’s Love Made Visible.’ It’s actually in some hymnbooks,” she says. “It’s all good, people appreciate it, and really get a different little take on the Christmas story when they come.”

That take is magnified by Kuralt’s participation in the story. “Our third year, we met Charles and asked him to be our host,” Phillips says. “And he said, ‘What do you want me to say?’ Like, I was gonna write for Charles Kuralt? So I wrote basically what I wanted it to say, then he took it and Kuraltized it.”

His moving narrative opens and closes the show, and even though other narrators now use his words, his spirit still looms large in the production. “It’s a very spiritual story, and jazz is a very spiritual music, the most spontaneous and most personal form of musical expression,” Kuralt intones in a majestic baritone on the original cast CD, culled from NYC show recordings from ’87–’93, released in ’96. “What you will hear tonight comes straight from the heart. In Bethlehem, in the grotto where Christ was born, a light shines into the darkness. The light is meant to serve as the light serves for so many religions and philosophies, as a symbol of truth and love. And hope — hope that even in a dark season we may begin to see the world, bending towards the light.”

After an hour of jazzy worship (“Until you see it, you don’t know there’s nothing odd about jazz and Jesus,” Johnson says) Kuralt’s spirit is felt once again as the participants celebrate the victory of light over darkness, going out into the world, becoming “the doors and windows through which the presence of this love is revealed like a radiant light . . . it shines from our eyes, our words, our acts.”

Grant Britt trolls for unsuspecting elves passing by his house during the holiday season, ransacking their goodie bags for tidbits to share with O. Henry’s readers.

Friday, December 2nd’s show is at 6 p.m. “It gets us through the Friday night traffic if we have it a bit later,” Johnson says.

Saturday, December 3rd’s is at 5 p.m. Johnson says a handbell concert precedes the Jazz Nativity an hour earlier. “People who have been coming for years are well aware that they need to come for the handbell concert so they’ll have a seat for the Jazz Nativity show.” She says they expect capacity crowds for the large hall. “Both nights when we had the Vienna boys choir, we sold over 700 tickets, and it was full.” Last year had two dates for the show for the first time, with a big crowd on Friday night, and more on Saturday. There’s no ticket, no charge, but an offering does take place. — G.B. 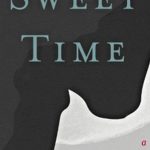 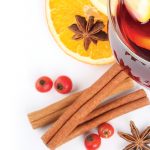