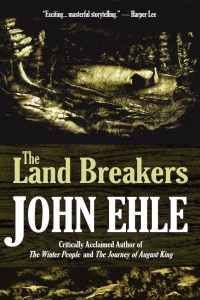 The works of John Ehle

ìWeíre bringing John Ehle’s books back into print,” explained Kevin Morgan Watson, gesturing to Press 53’s display at the North Carolina Writer’s Conference. I nodded knowingly and inwardly hoped that my confusion didn’t show on my face. I was too embarrassed to admit that I wasn’t familiar with John Ehle or his work. To remedy my chagrin, I sought out Ehle’s The Land Breakers, and I was stunned that it had taken me until the age of 36 to discover his work.

The Land Breakers begins Ehle’s seven-book series exploring the settlement and development of the Appalachian Mountains in North Carolina. It opens in 1779 and primarily traces the journey of Mooney Wright, a Scots-Irish orphan who has recently completed his indentured servitude in the New World. Wright buys a piece of land, 640 acres of good, “bottom land.” When he and his young wife finally arrive after a perilous journey to this promised, much-dreamed-of prize, Ehle captures their rapturous disbelief and elation with honest realism. Reading it doesn’t so much remind one of being young, in love and filled with dreams and wonder, but actually takes one back to inhabiting that space in a way few writers can.

Ehle’s family history on his mother’s side can be traced to one of the first three families to settle Appalachian North Carolina, the frontier that The Land Breakers and its six companion novels chronicle. Throughout his adult life, he continued to live in the western part of the state (when not in New York or London for his wife, Rosemary Harris’, acting career), with homes near both Penland and Winston-Salem. From his author’s bio: “His interest in the folkways of the past . . . is an interest in the present, in where we are all going, what we are leaving, and what we will need to find replacements for.” Perhaps that is part of what makes The Land Breakers so compelling. On the surface, it appears to be a book about man versus nature and the insurmountable opportunities around him, but it is so much more.

In The Land Breakers, as each new family moves into the valley Mooney Wright has settled, Ehle introduces their strengths and weaknesses and the impact they will each have on the collective survival of the settlement. None of the characters are merely two-dimensional parodies of an idea; rather, they are all flawed yet desirable human beings struggling with their own mortality against a wilderness far more powerful than they are. The journey the characters make toward understanding what is essential for their survival and success is so captivating I could not put the book down. Ehle explores both life’s beauty and horror. Spoiler alert! The scene involving the snake attacks at night might be the most frightening three pages I have read in years. Forget the bogeyman and the phantoms of Stephen King — these snakes left me white-knuckled and twitching.

In 1967, John Ehle married Tony Award–winning English actress Rosemary Harris. With a film résumé that includes Beau Brummell, Alfred Hitchcock Presents, George Sand in Notorious Woman, Desdemona in Othello, Tom & Viv, and even Spider-Man, Harris has a career of legend built on a solid foundation of craft. Perhaps inspired partly by witnessing Harris’ film experiences, in 1974 Ehle released The Changing of the Guard, a book that chronicles the production of a big-budget biopic of Louis XVI. Were it not for the intensity of the writing and skillful use of metaphor that slowly overtakes the action of the book, it would be hard to believe the same man wrote both novels.

The Changing of the Guard is a prismatic display of storytelling. On the surface it tells the story of an aging British actor who sees himself as a contemporary of Richard Burton and Laurence Olivier, making his last big picture: a beautiful, sweeping costume drama of the last days of Louis XVI during the French Revolution. His real-life wife is cast to play his mistress, and her best friend is to be Marie Antoinette. From the outset the power struggle appears to be between the actor and the brash young director that the studio insisted upon. But slowly, the book evolves into Ehle’s retelling of the private life of Louis during the revolution, serving as both a metaphor for the war waged on set and the changes in the actor’s private life. The line between art and reality is crossed so frequently and subtly — almost a form of magical realism — that, in the hands of a lesser writer, the story line and conceit would be hokey and hard to follow. But from Ehle’s pen, it is completely believable. The part that makes the book painful to stomach is the needless human cruelty we are capable of inflicting upon each other — which Ehle demonstrates in broad strokes through the French Revolution and very pointedly with exquisite, tearing saber thrusts in the personal interactions between the actors and director.

Where The Land Breakers is about man versus nature and forces greater than man could comprehend, The Changing of the Guard takes on the inevitable autumn of life that comes to all of us and the painful battle with a world that no longer needs us. At their core both books explore the experience of giving yourself wholly to something bigger, greater than yourself. Be it art or the development of a farm, both are about legacies and leaving some sign that you passed through this world.

Similarly, Kevin Morgan Watson has dedicated himself to the enterprise of publishing and creating an outlet for work he believes in (and I am forever grateful to him for bringing Ehle’s books back into print). Ehle manages to look at very specific stories: the settlement and growth of the Appalachians, the transition in the film world from beautiful, bright costume dramas with stylized performances to dark, realistic depictions of life before electricity, a world of people who talk to each other like real people instead of caricatures. Ehle finds the universal struggle that speaks to readers, even if you have never built a log cabin or operated a guillotine.

Many people are preoccupied with their legacy; few people understand that legacy is something we begin creating every morning when we wake up, before we understand our own mortality. Perhaps Mooney Wright put it best: “A person becomes part of what he does . . . grows into what grows around him, and if he works the land, he comes to be the land, an owner of and slave to it.”  OH 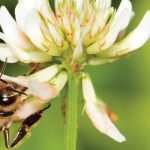 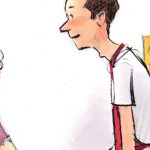