An iconic insider on the art of writing well

In his latest book, Draft No. 4: On the Writing Process, John McPhee deconstructs the process he’s spent a lifetime perfecting: writing on obscure subjects and delighting a discerning readership with technical explanations, entertaining narratives, and meticulous description, all of it couched in impeccable prose.

He begins by analyzing the most complex component of the writing process: structure. Using as an example his New Yorker article on the Pine Barrens, McPhee admits to spending two weeks lying on a picnic table in his backyard staring up into the branches and leaves and “fighting fear and panic” because he couldn’t visualize a structure for the material he’d assembled. Years of extensive research — interviews, articles, books, personal observations, etc., all of it cataloged on coded note cards — had gone into the project, but he couldn’t overcome the dread of banging out that first sentence and arranging the material in a readable form. Eventually, he overcame his writer’s block and produced an article that morphed into the bestselling book, but the experience was painful — and instructive. In an attempt to convey the intricacies of the process, McPhee employs a series of drawings and diagrams that, unfortunately, do little to untangle the complexities of problems he’d confronted. But readers shouldn’t be deterred. As with many of McPhee’s books, there’s a preliminary learning curve to overcome before landing on the safe side of abstraction.

In “Editors and Publishers,” McPhee delves into the internal workings of The New Yorker and the publishing house of Farrar, Straus, and Giroux. His insider anecdotes are informative and humorous and include character sketches of the editors and editorial staff, affectionately detailing their eccentricities. “Mr. Shawn [editor of The New Yorker] actually seemed philosophical about its [an obscenity] presence in the language, but not in his periodical. My young daughters, evidently, were in no sense burdened as he was.” He also contributes an anecdote concerning Shawn’s objection to writers turning in copy about locations that were cold, such as Alaska or Newfoundland: “If he had an aversion to cold places it was as nothing beside his squeamishness in the virtual or actual presence of uncommon food” — although Shawn approved a McPhee proposal to write about eating road kill in rural Georgia.

In “Elicitation,” he dispenses useful advice on the art of interviewing, citing as an example his experience with comedian Jackie Gleason. His description of “The Great One,” bits and pieces of relevant detail — Gleason called everyone “pal” — creates a living and breathing facsimile of the comedian, and older readers will find themselves transported back to The Honeymooners and the loveable peccadilloes of the irascible Ralph Kramden. In a Time cover story on Sophia Loren, irony functions as description, succinctly capturing Loren’s appeal: “Her feet are too big. Her nose is too long. Her teeth are uneven. She has the neck, as one of her rivals has put it, of ‘a Neapolitan giraffe.’ Her waist seems to begin in the middle of her thighs, and she has big, half-bushel hips. She runs like a fullback. Her hands are huge. Her forehead is low. Her  mouth too large. And, mamma mia, she is absolutely gorgeous.”

Gleason and Loren notwithstanding, McPhee devotes an entire chapter to a discussion of “frame of reference,” pieces of common knowledge that a writer employs to enhance a subject’s comprehensibility. He cautions against using allusions that don’t possess durability, warning that writers should never assume that anyone has seen a movie that might be used as an allusion. “In the archives of ersatz reference,” he writes, “that one [movies] is among the fattest folders.” He notes that popular culture changes with such rapidity that it’s dangerous for a writer to conclude that any allusion carries the weight of meaning necessary to elucidate a subject. To prove his point, McPhee polled his Princeton students using references such as Paul Newman, Fort Knox, Cassius Clay, Rupert Murdoch and discovered that the majority of his undergrads registered a low degree of recognition — and when it came to identifying Peckham Rye, Churchill Downs, Jack Dempsey, George Plimpton, and Mort Sahl, his students were blissfully ignorant.

In his final chapter, McPhee again confronts writer’s block. In a note written to a frustrated student, he suggests a remedy: “Sometimes in a nervous frenzy I just fling words as if I were flinging mud at a wall. Blurt out, heave out, babble out something — anything — as a first draft. With that you’ve achieved a sort of nucleus. Then, as you work it over and alter it, you begin to shape sentences that score higher with eye and ear.”

If there’s a fault with McPhee’s writing, and it’s difficult to find even the smallest gaffe, it’s an occasional touch of the dictionary disease: demonym, multiguously, bibulation, horripilation, etc. — words that will force the reader to touch his index finger to the Kindle screen, or God forbid, crack open a dictionary.

McPhee is straightforward, practical, and illustrative, detailing the struggles serious writers endure on a daily basis and pointing out, finally, that creativity is the product of what the writer chooses to write about, how he approaches the subject and arranges the material, the skill he demonstrates in describing characters, the kinetic energy of the prose, and the extent to which the reader can visualize the characters and story. As always, he writes with grace and charm, and Draft No. 4 earns a niche on the bookshelf next to Strunk and White’s Elements of Style, the Harbrace College Handbook, Writing Down the Bones, Roget’s International Thesaurus, and the OED.   OH 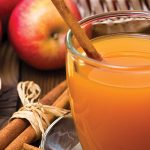 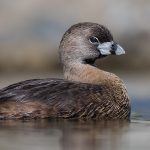