McCullough’s The American Spirit: Who We Are and What We Stand For has arrived in bookstores at an opportune moment. Whatever your political persuasion, there’s little doubt that we’re in need of inspiring words that suggest where we go from here — and David McCullough is superbly qualified to point us in the right direction. He’s the recipient of Pulitzer Prizes for Truman and John Adams, National Book Awards for The Path Between the Seas and Mornings on Horseback, and he’s the author of 12 bestselling popular histories. Moreover, McCullough doesn’t shrink from his responsibility as a forward-looking historian, reminding us in his introduction that we live in a time of uncertainty and contention and that we need to recall who we are and what we stand for and “. . .the importance of history as an aid to navigation in such troubled, uncertain times.”

To that end, The American Spirit is a collection of 15 chronologically arranged speeches delivered by McCullough over a 25-year period, most of them college commencement addresses or remarks offered at the anniversaries and the rededications of monuments and historic structures such as the White House, the Capitol, and Carpenters’ Hall in Philadelphia. Using these ceremonies as a platform, McCullough focuses on the contributions of the famous and near famous — John and Abigail Adams, Thomas Jefferson, Benjamin Rush, Simon Willard, James Sumner, John Quincy Adams, Margaret Chase Smith and JFK — whose spirit and commitment to the nation helped shape our moral core.

McCullough is a believer in the Great Man theory, a biographical approach to history that offers access to a wealth of the inspiring words spoken by the founding fathers and their intellectual descendants. Quotes, memorable and repeatable as they are, are the stuff of thought-provoking commencement speeches — Stephen Hopkins, who suffered from palsy, scrawled his signature to the Declaration, saying, “My hand trembles, but my heart does not”; Margaret Chase Smith stood up to Joseph McCarthy by announcing that she didn’t want to see the Republican Party achieve political victory through “fear, ignorance, bigotry and smear”; physician and patriot Benjamin Rush reminded his fellow citizens that they were in need of “candor, gentleness, and a disposition to speak with civility and to listen with attention to everybody”; and John Adams offered a simple, timely truth: “. . . facts are stubborn things.”

Predictable themes emerge from the collection — the importance of education, the significance of history, the impact of language, and the value of selective reading — and McCullough brings up the oft repeated assertion that we’re raising a generation of ill-informed Americans who are historically illiterate and that it’s imperative that we redouble our efforts to teach our citizens to value their forebears.

But the strength of these essays is also their weakness. Commencement addresses and most dedication speeches are essentially mildly annoying sermons, timely reminders of the better citizens we ought to be. Americans, unfortunately, have a long tradition of ignoring good advice (jurist Clarence Darrow claimed that no American is absolutely sure he’s correct unless the vast majority is against him). On the other hand, McCullough’s faithful readers will find reinforcement and encouragement in his lofty words. He’s most persuasive, and insofar as preaching to the choir is productive, these speeches succeed admirably.

Not all the essays are straightforwardly instructive. In a 2007 address at Lafayette College, McCullough emphasizes the bonds that have long existed between Americans and the French, connections that are often overlooked in a world where the French chart an impartial course. (We may have changed “French fries” to “freedom fries” when the French claimed Iraq had no WMDs, but events proved them correct.) He reminds readers that the Marquis de Lafayette and the French military were instrumental in winning our struggle for independence and that 80,000 Americans died in France during World War I and 57,000 during World War II. “Time and again,” McCullough writes, “Paris changed their [young Americans’] lives and thus hugely influenced American art, American literature, music, dance, and yes, American science, technology and medicine.”

In a 1994 commencement address at the University of Pittsburgh, McCullough proposed that the university take responsibility for rehabilitating the inner-city, working to eliminate drug addiction, violent crime, racial tensions, illiteracy, homelessness, and the cycle of poverty — the selfsame problems that trouble the country still. “And why not let it begin here in Pittsburgh,” McCullough said, “this city of firsts, with the University of Pittsburgh leading the way?”

Taking a purely cynical view, it will no doubt occur to readers that The American Spirit will make a thoughtful birthday, holiday or graduation gift, and that McCullough and/or the publisher are in it for the money. After all, the book’s contents were written long before we found ourselves in our present dilemma. But it’s more likely that readers who carefully consider McCullough’s words will take the book in the generous spirit in which it’s offered. As McCullough writes: “Yes, we have much to be seriously concerned about, much that needs to be corrected, improved, or dispensed with. But the vitality and creative energy, the fundamental decency, the tolerance and insistence on truth, and the good-heartedness of the American people are there still plainly.”  OH 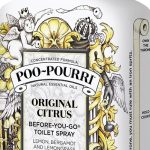 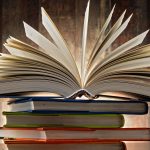