A photographer’s journey through cameras

Photographer Mark Wagoner’s origin story is one of seduction. In the early 1960s, when Mark was 4 or 5 years old, his older brother kept a darkroom in the basement of their home in Reidsville. The mystery of what went on behind that door ignited a curiosity within him that developed into full-blown obsession. He wanted in on the secret, the alchemy, the magic. Hence, as soon as his father would let him hold the family’s Kodak Brownie, Wagoner began exploring life through the lens of a camera and never stopped. A career photographer for over four decades, Wagoner has maintained an assemblage of cameras that rivals a Kardashian shoe closet. And as he’s pared them down, the process has revealed a trove of sacred memories. Imagine rock legend Bob Weir handling his most precious guitars, recalling where he played them, who was with him, what he loves about their shapes and sounds. Wagoner blushes at the comparison but admits that the sentiment he feels is apt: “I feel an emotional attachment when I hold these cameras,” he says, “but whether it’s an external energy or an energy that the object inspires, I can’t say.” Here, in his own words, are the memories that each of his cameras evokes.

This is the camera that belonged to my family when I was a child. I used to try and take “serious” photos with it, like portraits of my family and photographs of trees. Recently, while looking back at some of these old pictures, I could trace a fairly straight line from where I am now to who I was then as a photographer. One such photo is of a park sign on a snowy playground. Look closer and see that the sign has been pelted by snowballs. This glimpse into my younger self reveals my earliest exploration of visual jokes and play, which have long fascinated me. 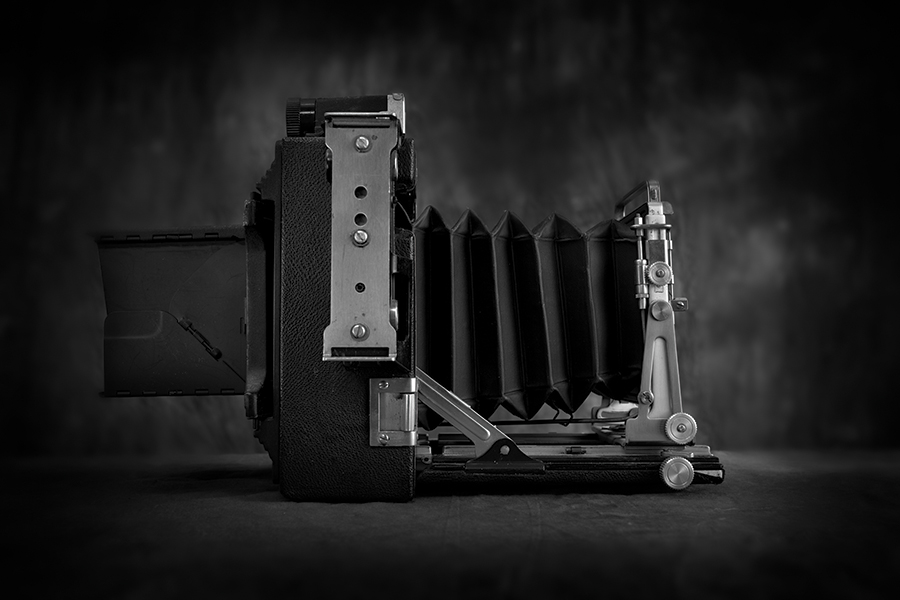 When I was on the Yearbook staff at Reidsville Senior High from 1972 until 1975, we spent so much time in the darkroom that we had our own key to the school. This old press camera was given to me by my high school principal. It belonged to the school and had essentially been collecting dust since the 1950s. Since it shot a weird film size that wasn’t readily available — 3.25 x 4.25 — I would take 4 x 5 film into the darkroom and cut it down with a paper cutter. I used this Graphlex in high school and college until I had my own view camera, but I continued using this lens for years. 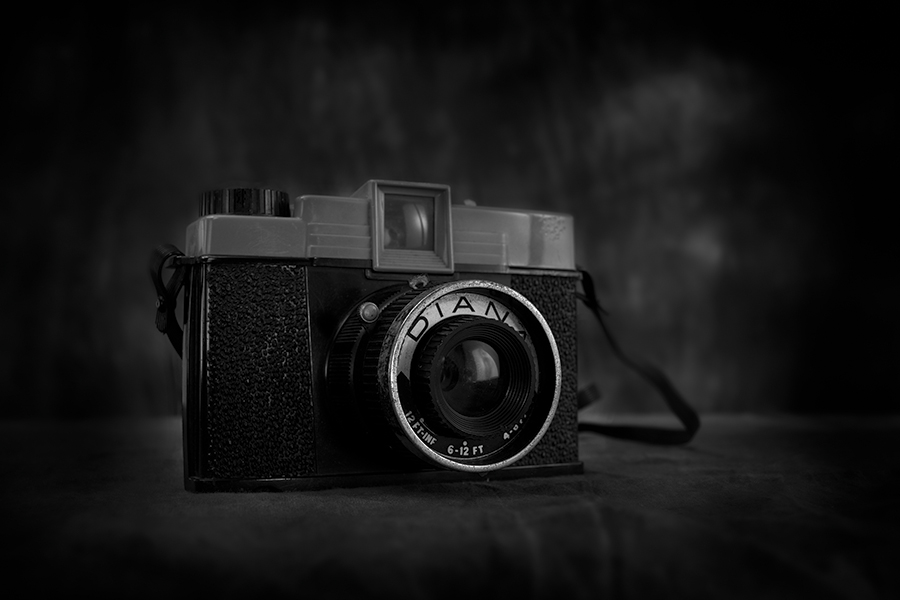 I was 10 years old when my parents gave me my very first camera. We were driving to Elks Camp for Boys in Western North Carolina, so of course I brought it with me. During those two full weeks at camp, I probably shot one roll of film — that’s it. But when you put a bunch of 10-year-old boys in a cabin together, you end up learning lots of different things. 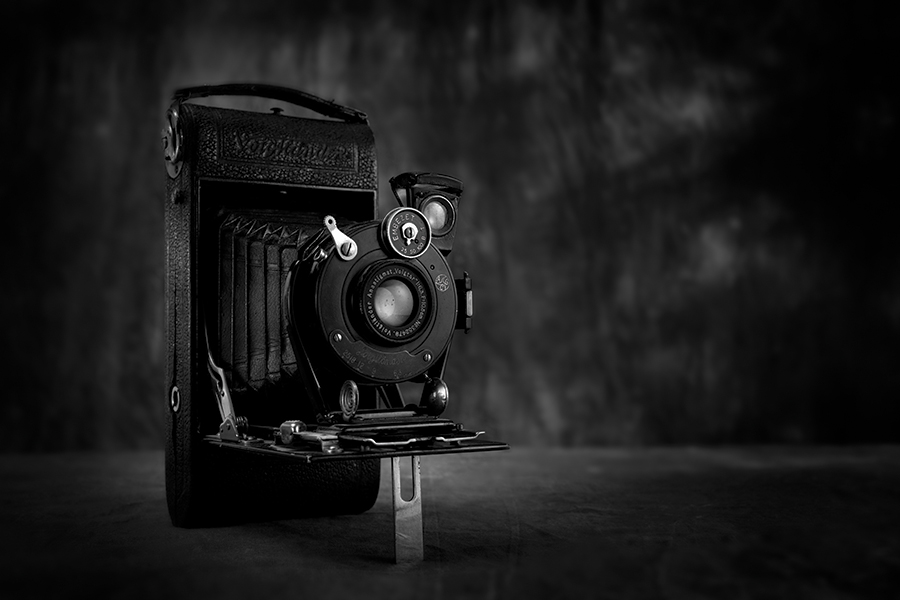 This camera is particularly special to me and always has been. It was purchased by my father, Raymond Wagoner — in Italy, I think — during WWII. I still have a lot of the pictures he took with it when he was in Europe. Pictures of the guys clowning around in their uniforms; one image of them posing beside a bombed-out Jeep. 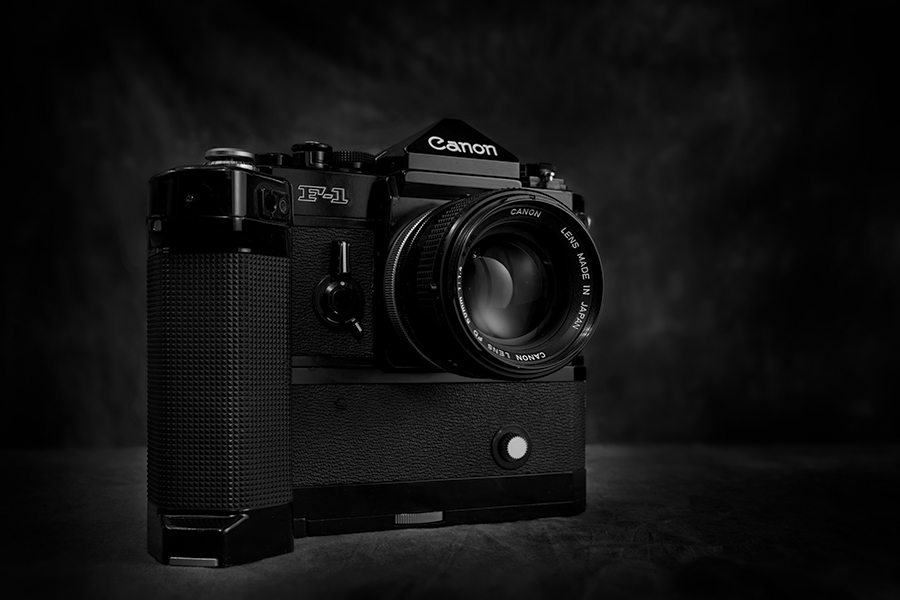 When I was in college, most people had Nikons. But I was drawn to Canons. After taking basic photo classes with my $12 Yashica, my dad bought me this Canon in 1976 — my first professional camera. The F-1 was my main 35mm camera for probably 20 years. I’ve taken them all over the world, including the Great Wall of China. 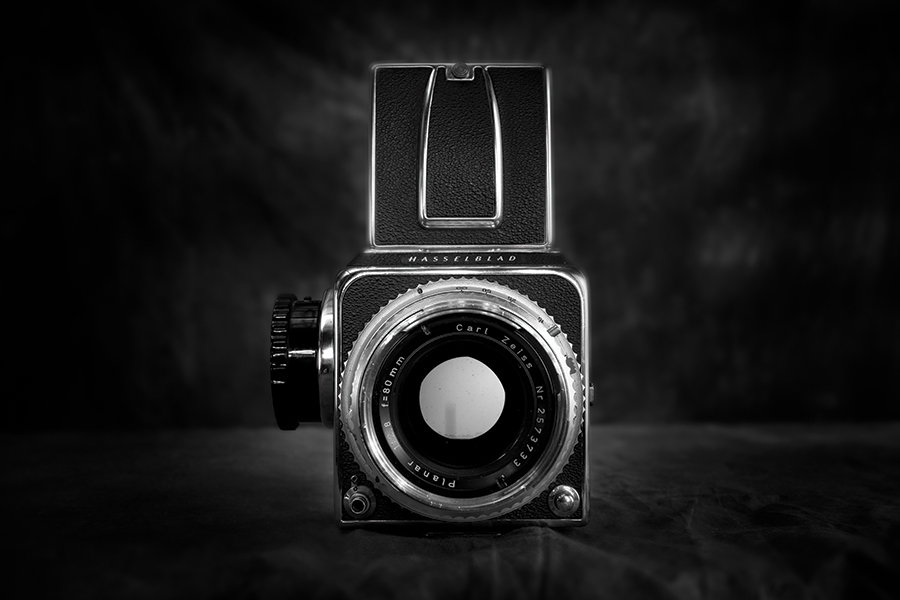 For years, this classic Hasselblad was the camera of choice for many professionals. I used one at multiple jobs throughout my career, including an 18-month assignment in Saudi Arabia in my 20s that opened up my world. I wound up with a digital version around 2010. 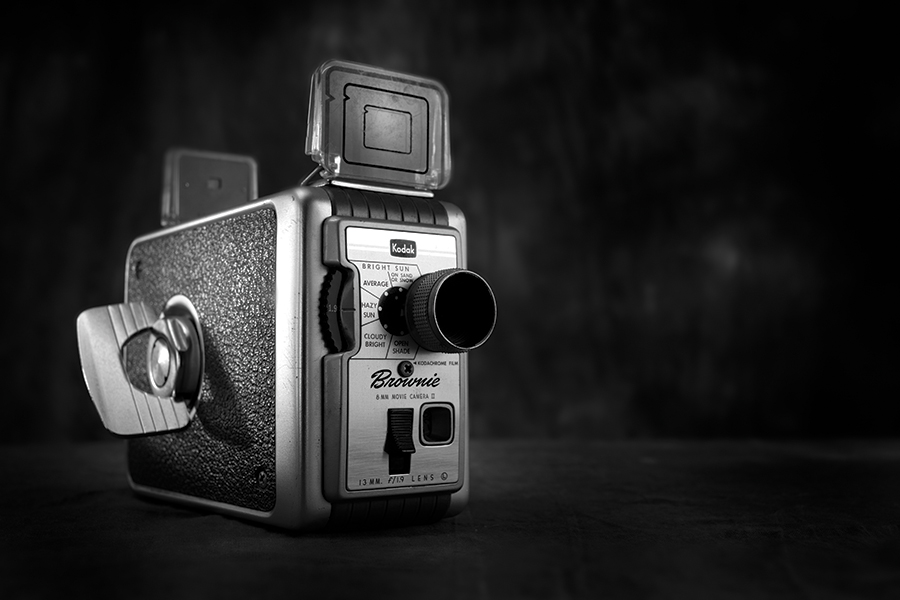 Yep, this was the family camera I used to shoot my very first movies. Things like my brother on his mini bike, jumping over obstacles. I’m lying on the ground, of course, looking for the most dramatic camera angle I can find. 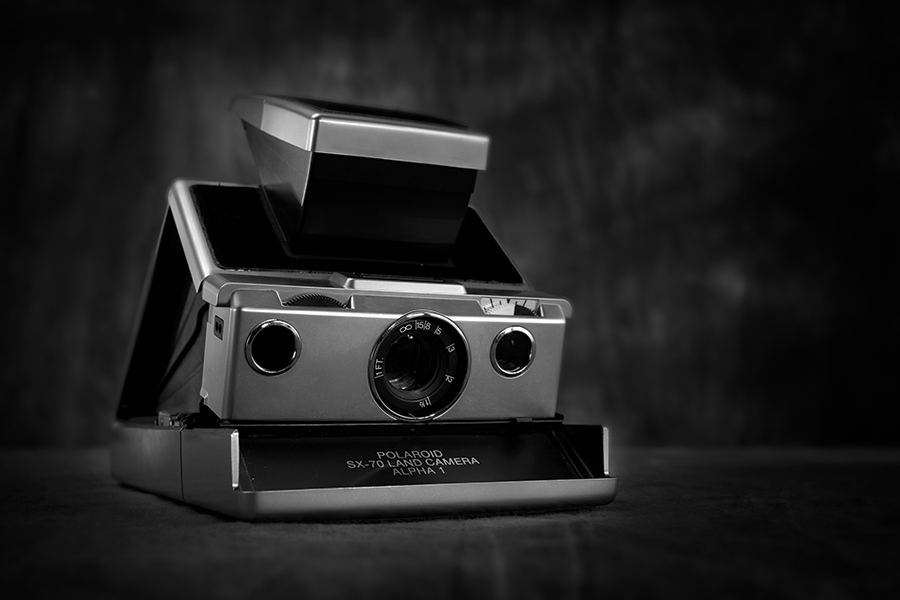 In the early 1980s, when I lived in Saudi Arabia on an assignment with The Parsons Company, an engineering firm from California, the photo department had access to what was essentially an unlimited supply of film for it, likely from some kind of restocking blunder. Everyone in the photo department bought one of these cameras. We must have taken thousands of photos with them. Imagine . . . a bunch of bored, fairly youngish guys with nothing to do. I mean, thousands of photos. I kept a collection of the best of the best: pictures from our scuba diving excursions, our drives through the desert, dudes in shorts smoking chicken on the patio.