In Robeson County, where the grapes grow sweet, a Lumbee-owned winery thrives

Two legends persist in North Carolina, both of which have spread like twining vines from Roanoke Island westward across the state. One legend is about grapes, the other is about the Lost Colony, and both converge in Robeson County.

First, the legend of grapes: It is believed that when British explorers sent by Sir Walter Raleigh arrived on Roanoke Island in 1584, they were greeted by the sweet aroma of muscadine grapes hanging ripe on the vines. Centuries later, the “Mother Vine,” which is believed to be the oldest known grapevine in the United States at 400 years old, is still thriving on the Outer Banks, roughly two feet thick at its base and covering nearly a half-acre. 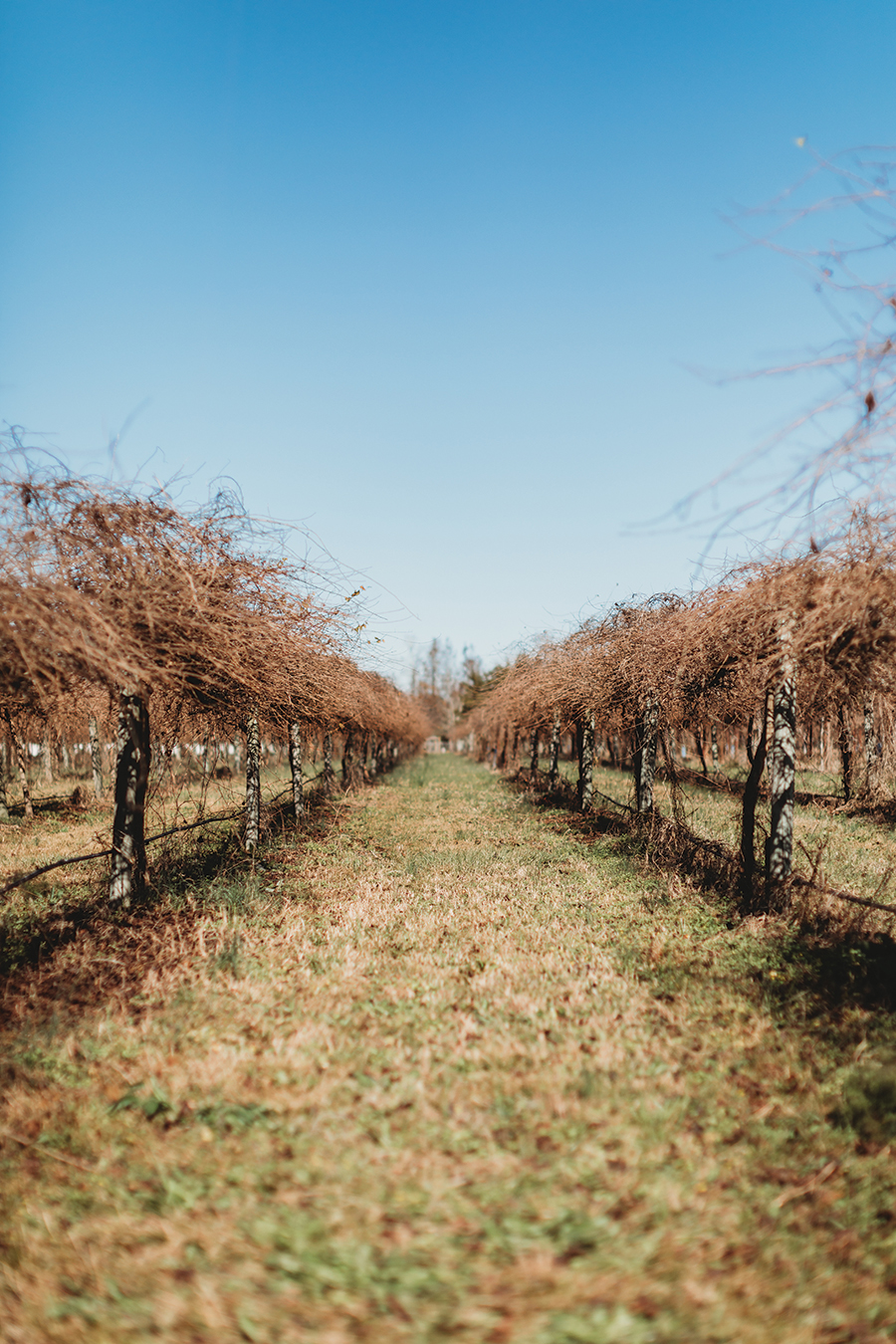 The second legend is the legend of the Lost Colony. Most North Carolinians know that Raleigh’s 1587 expedition, led by John White, disappeared while White was making a return trip to England for supplies. Three years later, when White came back to the colony, he discovered that nothing had been left behind aside from the word CROATOAN, which was etched into a gate, and the letters CRO that had been carved into a tree. What happened to these British colonists? Among the many theories, one is that the settlers moved inland and befriended Native American tribes, eventually intermarrying and joining the vast network of Native people who had been living in the region for centuries before White settlers arrived. Many believe that descendants of the Lost Colony moved as far inland as present day Robeson County, eventually calling themselves Lumbee in honor of the Lumber (or Lumbee) River. Perhaps that would explain why the Lumbee Indians, the largest tribe east of the Mississippi River with a population of over 70,000, have always spoken English as their common language. 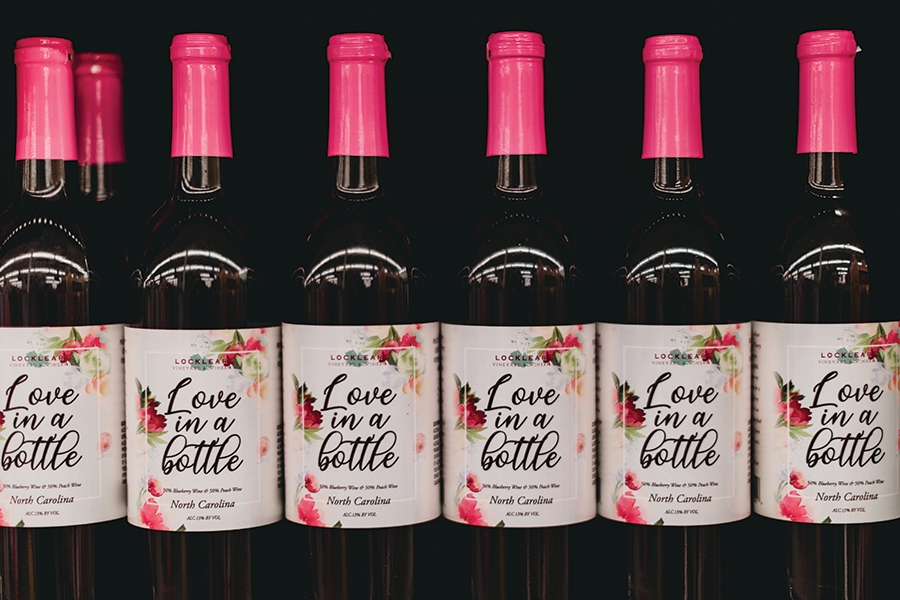 Not so, writes Malinda Maynor Lowery, associate professor of history and director of the Center for the Study of the American South at UNC-Chapel Hill, who is herself a Lumbee Indian who was born in Robeson County. In her book, The Lumbee Indians: An American Struggle, Lowery writes, “The Lumbees are descendants of the dozens of tribes in that territory, as well as of free European and enslaved African settlers who lived in what became their core homeland.”

According to Lowery, the Lumbee’s use of English as their common language is not due to their being founded by the members of the Lost Colony, but was more a matter of convenience as a mixture of tribal communities began to coalesce in the area after migrating to escape disease, warfare and slavery. Native people have lived in what is now Robeson County for 13,000 years, long before Sir Walter Raleigh had his earliest notions of empire. 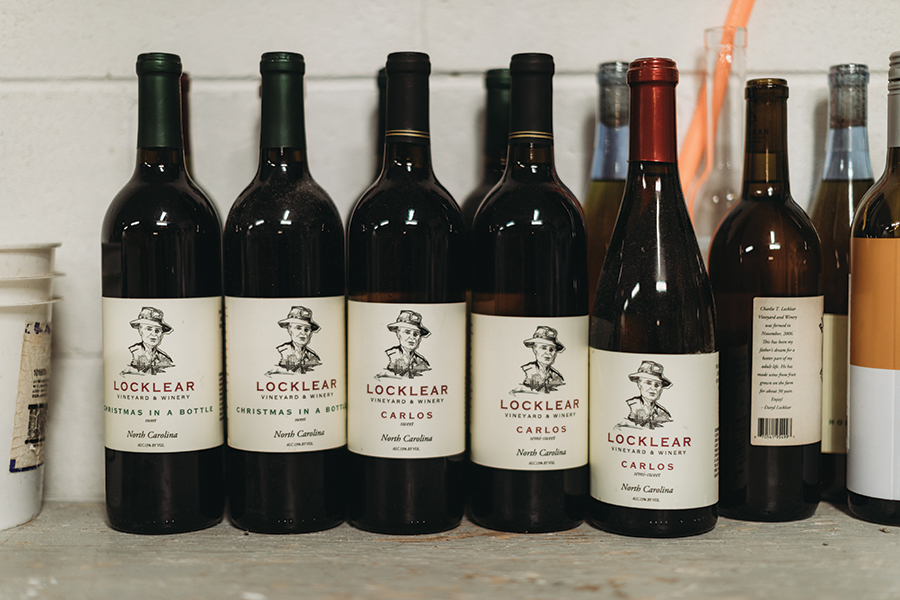 If the Lost Colony cannot explain the existence of the Lumbee Indians in Robeson County, it probably cannot explain the westward expansion of the muscadine grape either. According to the North Carolina Muscadine Grape Association, “in the early 1800s, North Carolina was a national leader in wine production and in 1840 was the nation’s top wine producer, with an industry built entirely on muscadine grapes.” There are currently 200 licensed wineries in North Carolina, generating $375 million each year in wages and $89 million in state taxes.

One of the 200 licensed wineries is Locklear Vineyard and Winery in Maxton, N.C. For the past 15 years, Charlie Locklear and his two sons, Charlie Jr. and Daryl, proud members of the Lumbee tribe, have been growing muscadine grapes and making a plethora of wines on the land that has belonged to the family for generations. The elder Charlie, who was born in 1942 and grew up farming tobacco, corn, cotton and “a little bit of hay” with his family, started making wine as a hobby. “I just loved to do it,” he says on one bright day in early fall, only a few weeks after the vines have been harvested.

The operation is tightly run, primarily by family and close family friends, with everything from the growing to the harvesting to the bottling happening on the Locklears’ property, where an old barn has been converted into a winery that features a tasting room and retail space. Outside, the land stretches for miles. Charlie, whose likeness appears on all of Locklear Winery’s bottles, remembers a time when the family was no less tied to the land, but simply had more land to tie themselves to. His great-grandfather owned 3,000 acres, and his grandfather came to own and farm roughly 300. “If you’re not farming the big way now, you just can’t make it,” Charlie says, referring to the boom and bust of the agribusiness cycle that often finds farmers relying on huge yields to pay down debts for machinery and land. Now, the Locklears own 70 acres of land, considerably less than in the past, but the land is put to good use, much of it comprised of the vineyard where two variations of muscadine grapes — Noble and Carlos — are grown. The Noble muscadine is red, the wine sweet yet crisp. The Carlos is a white grape, resulting in wine with a sweeter, smoother finish. 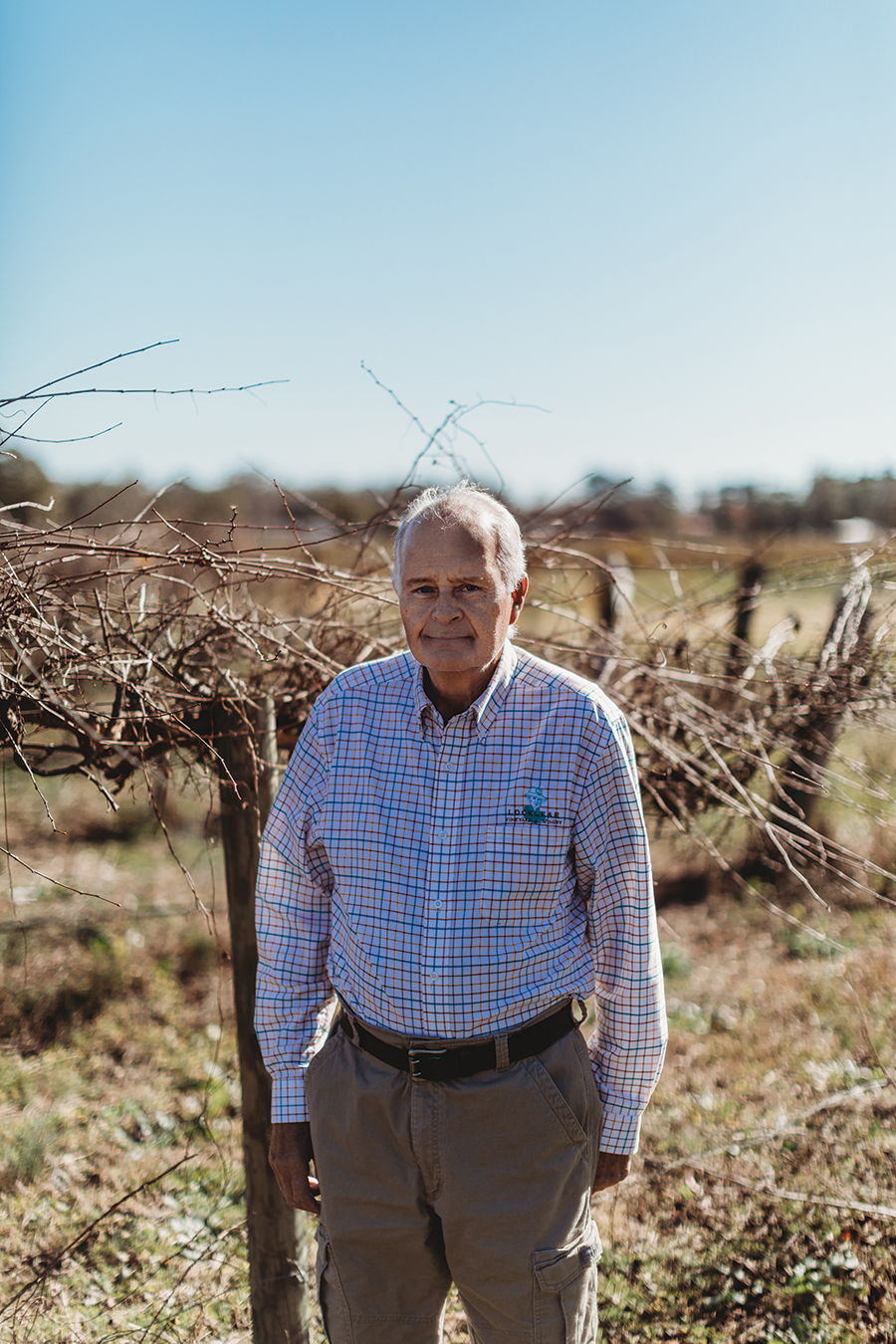 “I like to experiment with different ways to make wine,” Charlie says. “If you make a good product that tastes good, people are going to buy it.” And people have bought it, and word of the sweet wine from Robeson County continues to spread. While their sales are highest in the local market, Locklear wines are sold throughout Eastern North Carolina, across the Piedmont and into the western part of the state. The winery now employs more people than ever before.

Robeson County can be a conservative place, and one has to wonder what the locals thought when Charlie Locklear decided to turn his wine-making hobby into a family business. “Most people embraced it,” he says. “Probably 90 percent of them. You’re never going to get 100 percent on nothing.” But folks will go easy on a local boy, especially when the family name is nearly as old as the land itself. Along with other surnames — Oxendine, Chavis, Dial, Lowery or Lowry or Lowrie among them — Locklears have a long history in the region, and Charlie has the roots to prove it.

“I was born here,” he says, “and in 1948 we went straight across the road and built a house. And when I got married in 1964, we remodeled this house, which was my grandfather’s house, and we’ve been here ever since.”

Locklear is a prominent name, he continues, and there are a lot of them.

“Our ancestors were here, and we were people with high education and businesses. We’re just continuing to promote the family tree, businesswise.”

And what does it mean to Charlie Locklear to work this land and create a family business from it?

After centuries of his people being on this land, it’s clear that Charlie’s aim is pretty good.  OH

Wiley Cash and his photographer wife, Mallory, live in Wilmington, N.C. His latest novel, The Last Ballad, is available wherever books are sold.