Art from the Ground Up

The town of Star is the artistic center of North Carolina. I mean that — literally — in that Star is the geographic center of the state. And I also mean it figuratively, as the town is home to STARworks, where artists from around the world have been working in fire arts like glass blowing and ceramics since 2005. 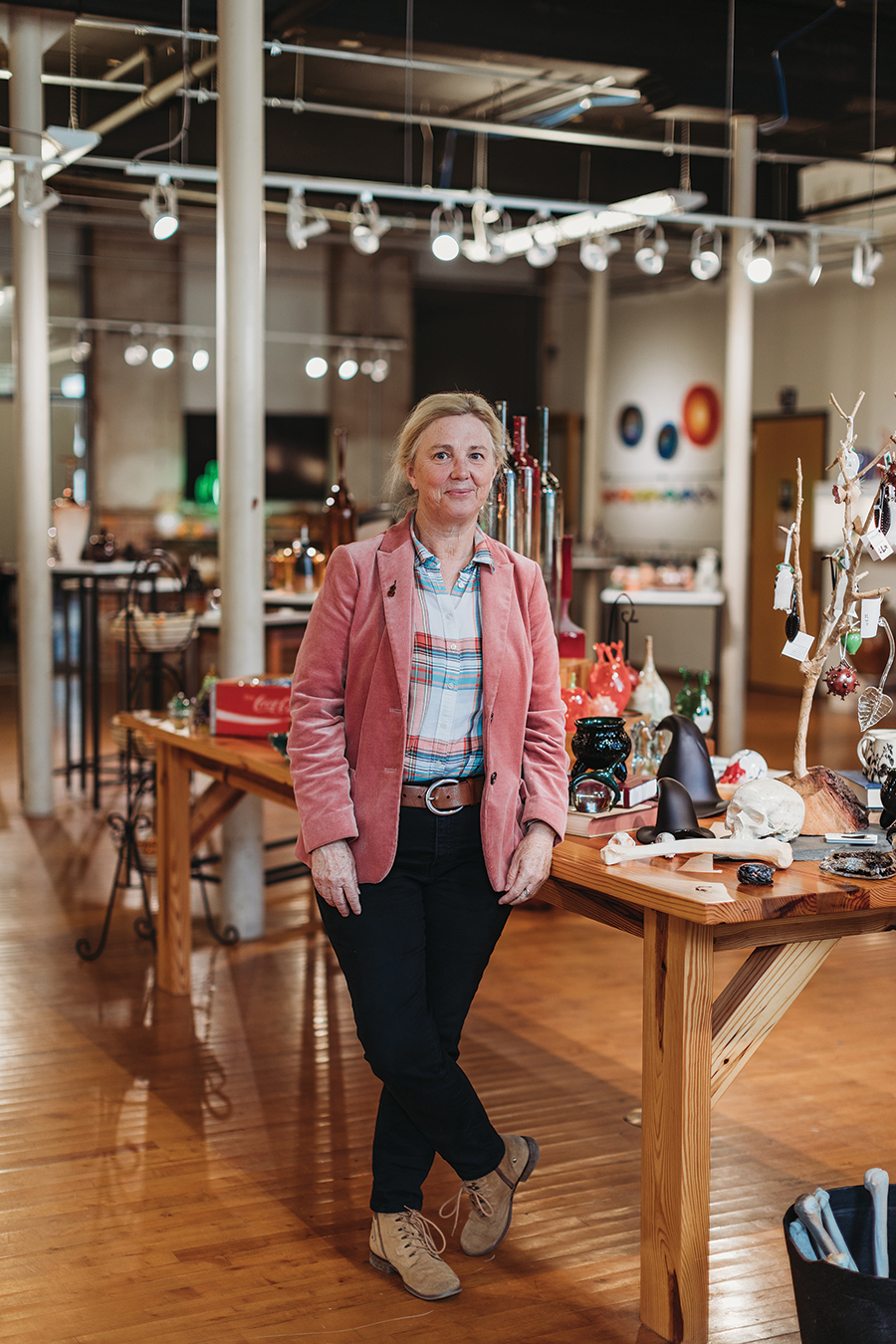 “We love to set stuff on fire around here,” says STARworks executive director Nancy Gottovi, who, in a single decade, led the transformation of an abandoned hosiery mill into a destination for artists from around the globe.

In 1993, a nonprofit called Central Park NC formed when leaders from six Central Carolina rural counties came together with a common vision of creating a sustainable economy. The group formed an initiative to focus on art as a way to capitalize on the natural and cultural assets of the rural spaces located between the urban centers of Charlotte and the Research Triangle. That was when Nancy Gottovi began asking herself questions about what a working artist truly requires.

“They need to have a really good space to work with good equipment,” Gottovi says. “They also need a community of other artists to feed off of. And they need a way to make a living.” 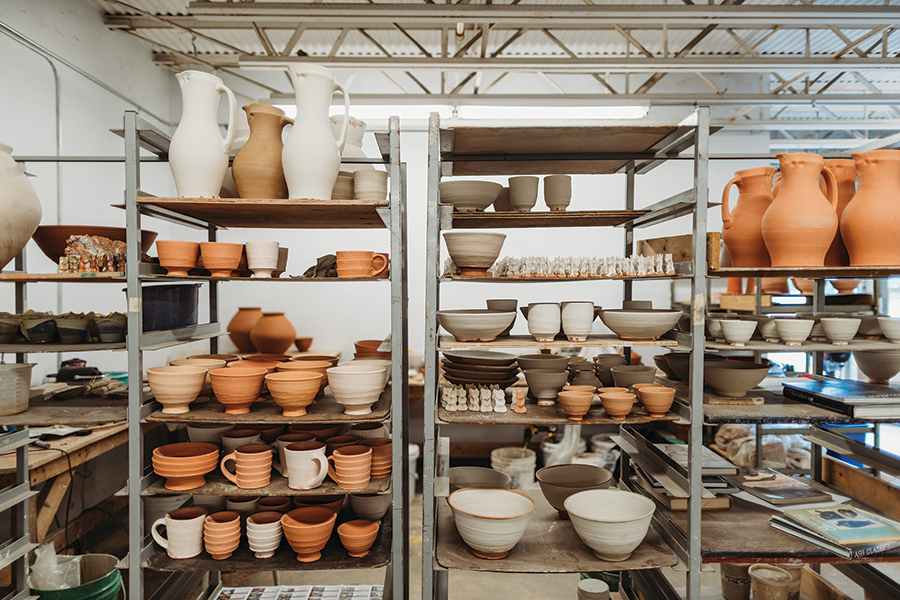 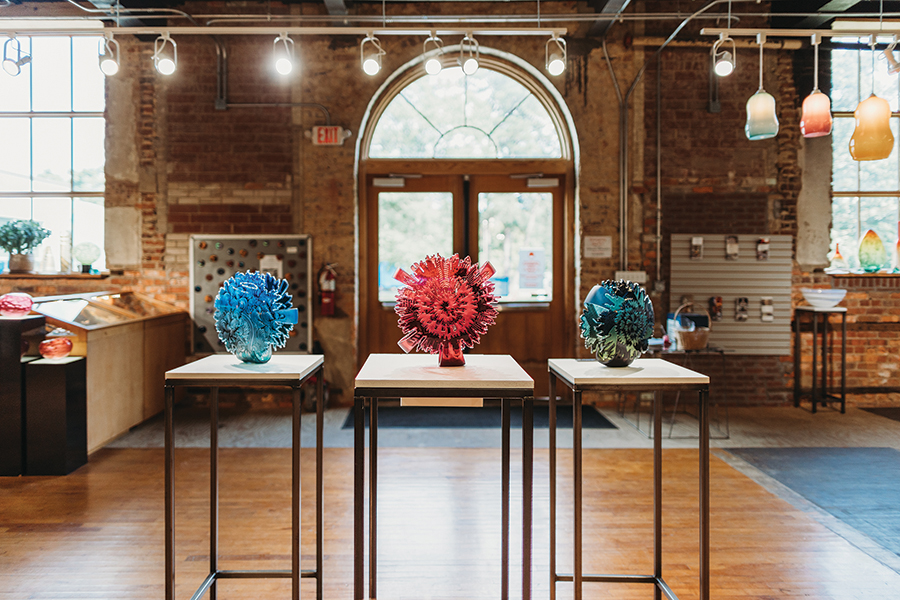 In 2005, Gottovi and Central Park NC found a space — nearly 200,000 square feet of space, to be exact — when they accepted the donation of a former hosiery mill in Star that had been abandoned in 2001, leaving more than 1,000 local residents unemployed.

In the early days, the organization was grossly understaffed and overwhelmed by the nearly four acres of aging factory it had inherited, but Gottovi soon realized that in order for the fledgling organization to survive, the building itself had to start generating income.

“Our biggest asset is this amazing space,” she says. “We needed to get the best artists we could find and then set them loose in the building.”

The artists Gottovi invited set about creating glass pumpkins as one of the first ventures to raise capital to sustain the organization. Suffice it to say that it worked, and that Gottovi proudly witnessed the former factory evolve into an artistic and cultural center where artists gathered and forged both creations and community. Now, over a decade later, glassblowers at STARworks regularly create and sell as many as 3,000 glass pumpkins each fall. And each holiday season, they make and sell thousands of Christmas ornaments. 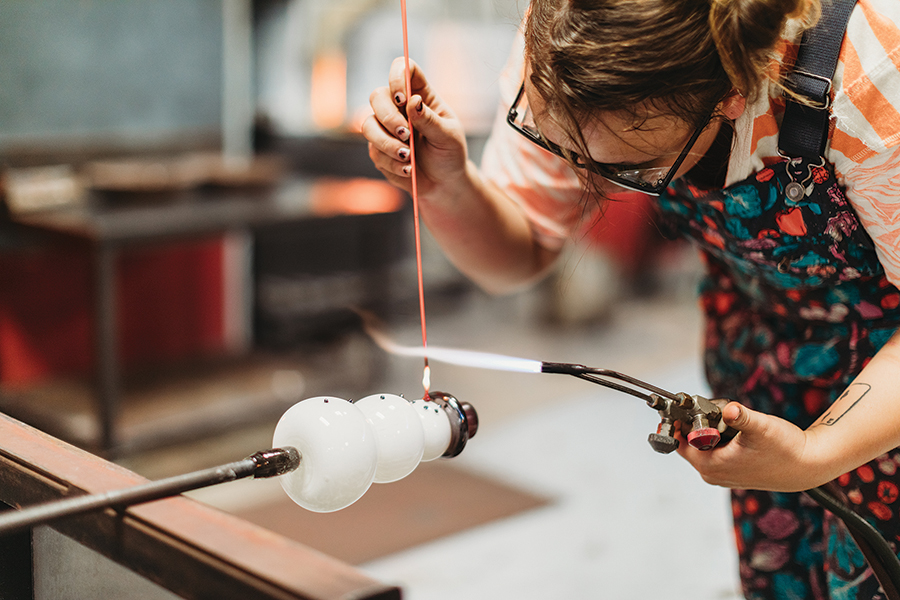 The economic model at STARworks could be described as self-sustaining. The organization offers paid internships to glass artists, who earn hundreds of hours of experience in a field that is often cost-prohibitive to those just starting out and who might not be able to afford their own studios and equipment. In turn, the interns work to create the pumpkins and ornaments that are sold each year while also having the time, space and materials to pursue their own projects. The interns also gain valuable experience as mentees while working side-by-side with professional artists from around the world who come to STARworks as residency recipients and visiting artists. An onsite gallery provides space to showcase and sell individual artists’ work.

While interns and established artists come from around the world, visitors are just as likely to discover a group of local students dabbling in glassblowing and ceramics.

Some of the students who continually benefit from their experiences at STARworks are the young men from nearby Eckerd Connects, a juvenile justice program for youth ages 13–17. Gottovi continually finds the young men from Eckerd to be the most interesting and curious young people she has encountered in her years at STARworks. According to Gottovi, working with fire and glass is a little dangerous, but these young people are comfortable navigating a certain amount of pressure in their lives, and glassblowing in particular teaches them how to work in a team and rely on other people to create a piece of art. It is an affecting experience for many of the young men, born out by the fact that several returned to STARworks as formal apprentices. 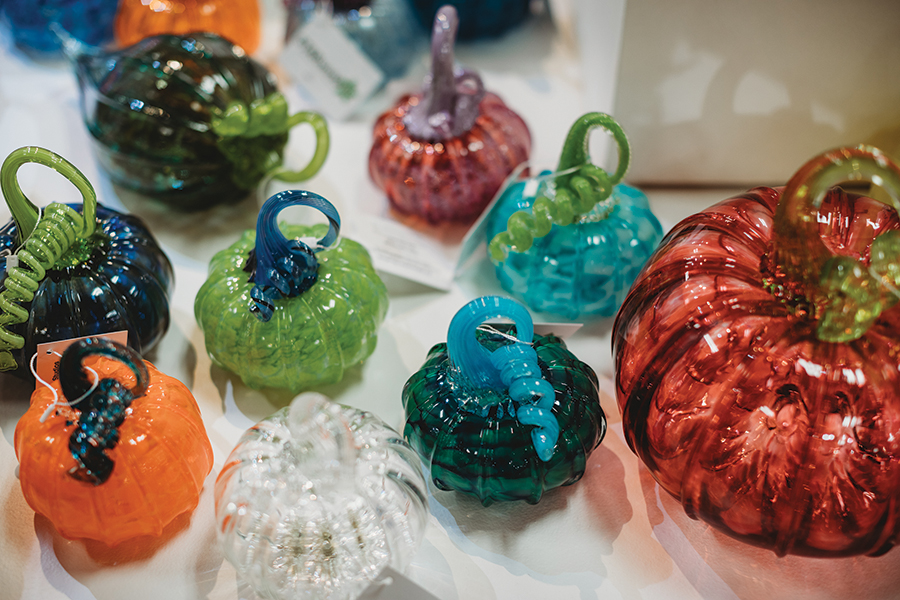 STARworks is not just creating space for artists. It is also sourcing the medium from which art is made. Recognizing the region’s long history of both brick-making in central North Carolina and pottery in nearby areas such as Sea Grove, Gottovi saw an opportunity to take advantage of the organic materials surrounding them. While spending time in Japan after graduate school, Gottovi met a Japanese potter who had a degree in ceramic material engineering, and years later she invited him to come to Star to start a clay business. He took her up on the invitation, and now STARworks is selling the best clay in North America, one of the only manufacturers creating potter’s clay from indigenous sources. The program is both a financial and educational boon. While selling clay to potters and sculptors all around the world, interns at STARworks have the opportunity to learn about the process of finding, digging and making quality clay, which Gottovi compares to “eating artisan baked bread if you’ve only ever eaten white.”

One of the most consistent challenges that STARworks has faced is where to house its artists. “Housing is the biggest challenge in a small community of only 800 people,” Gottovi says. But, just as she has done since the early days in the abandoned mill, Gottovi is finding solutions. The organization takes out year-long leases for artists in rental homes in the area, and an old boiler building on the property is being considered for future renovation for onsite housing.

One cannot help but think about Gottovi’s early consideration of what artists need: space, community, support. Whether in the studio, in the local community or in the earth itself, all the ingredients are here, and STARworks is right in the middle of it all.  OH

Wiley Cash is the Alumni Author-in-Residence at the University of North Carolina-Asheville. His new novel, When Ghosts Come Home, is available wherever books are sold.