Sexy and secretive Scorpio vamps it up in November

Sugar, here’s wishing all your champagne and caviar birthday wishes will come true. For starters, Dynasty is returning to the airways, checking at least one box for you. Scorpio is all about mystery, vamping and tramping. Everybody wants to date or be a sexy Scorpio at some point. And yet, think about how much we really know about even very public Scorpios . . . Julia Roberts, Katy Perry, Matthew McConaughey, Kathy Griffin, Bill Gates and Hillary Clinton are Scorpios. — Ad Astra, Astrid

You haven’t wasted time this year; but you can’t get it back either. So don’t bother wishing you were younger, better looking, or had the body of an Olympic skater. Like Grandpa said, don’t we all wish we could be like a load of laundry and spin in the dryer to get rid of our wrinkles and shrink a few sizes? But you can realize you are one of the lucky ones, possessing your own teeth, both kidneys, and more class and sass than ought to be allowed. Mystery is not your whole history, Sweet Thing.

Are you kidding me right now? Don’t question yourself. Colonel Sanders had his finger-lickin’ chicken, but you have your own secret recipe. Yours is a finely tuned sense of intuition, and it is right on the money. Change your passwords, hide your money and don’t trust the very person you know you shouldn’t trust with your deep dark secrets.

You get your revenge. And Honey, it feels so good, like sitting in a tub of
Cool Whip after a bad sunburn. But you will have to move on with your fine life and let it go. That double crosser won’t double-cross you again, but ask yourself if you wouldn’t be better off high-tailing it on out, and getting yourself into a new circle of trust.

You had a breakthrough and took a stand that needed taking, Sugar. But Lordy, Nancy Grace, just reel that self-righteous anger back in a little. By this time you are reading this, everybody that mistook your good nature for being a fool has figured out only the first part is true.

Yes, you won it hard and square, Sweetheart. But your windfall of cold hard cash had the effect of making your heart harden up faster than a pan of hot lard. It is possible to be frugal and also to help those who need it. Compromise a little and you will be rich in ways that matter.

A straightjacket is not your best fashion statement. You’ve always had a knack for spotting trends, being the first and making others follow. But look behind you, Darling. Nobody’s there. It doesn’t matter so much how you look as how fulfilled you are, and right now you know you’re a quart low on fulfillment.

Jack Daniel’s said you could dance, just like it said you could do a lot of things. At least the glass was half full, Honey. When the line dancing ended, everybody had to agree you outdid yourself. Sometimes you just have to fly your freak flag and howl at the moon. No real harm done, Sugar.

Scary to take a long, hard look at yourself, right? Sometimes it’s like visualizing your skinny cousin Oscar wearing a hot dog bun. But being truthful and vulnerable is a good thing, and you are right to ask yourself if you are being true to yourself in your current situation. Don’t let yourself settle for a scenario that doesn’t honor your true self.

Mr. Sun and Mrs. Moon might have been your parents. Now, you are having an eclipse of your own. You helped someone and they somehow managed to cut in line in front of you. You are going to learn from this, recover, and they will make amends. Honestly. You’ll be basking in the sunlight and the moonlight.

Attitude? Honey, you might want to chill. Lately, you make Leona Helmsley look like a GoFundMe charity organizer. Something got into you and all the state and half of Georgia knows it, too. You have bigger things to attend to, and after an attitude adjustment you’ll be sitting in the butter — and not alone.

Cool your heels, Darling, and let time wound all heels. Seriously, karma is reckoning with someone who took credit for your work. Whistle while you work and never let ’em see you sweat. Because very, very soon, they will. In the meantime, an escape from your worries is needed. Don’t ignore your health.

You don’t need a whip. But a carrot would help your motivation, Honey Bun. Everybody thinks you are self-sufficient but you are like the rest of us — a kind word helps you feel your life is on track. Trouble is, the person you want approval from is not catching your drift. Hang on, hang in and don’t sweat it.  OH 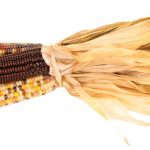 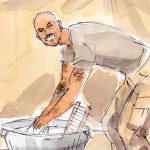