The big story around our house this week was Man against Nature, or maybe Woman against Itch. Or maybe The Big Scratch.

Whatever you call it, it started a few days after Father’s Day, one morning while my bride was getting dressed for work.

“Hey,” said she, touching the inside of her forearm. “What do you think this is?”

It was a nasty red rash shaped more or less like the state of South Carolina.

“I’d say poison ivy,” I said, being something of an expert on the subject. When I was a kid, after all, I always seemed to get poison ivy around my ankles and arms at least once a summer, until I weirdly became immune to it. My crazy great aunt Lily informed me this was due to the fact that her mother, my great grandmother “Aunt Emma,” was a Cherokee Indian lady and therefore I was growing into my “wild Indian blood” and was thus naturally immune to poisonous plants and most bug bites. This is the same delightfully daffy auntie who told me she sang with Al Jolson on a Washington stage and that Ed Sullivan sometimes phoned her after his Sunday night TV show. Who knows, maybe he did. She was the family’s original wild Lily, a wisp of a girl from Raleigh who shocked her Baptist family in the 1920s by running off to perform in vaudeville.

In any case, the very words “poison ivy” brought a stricken look to my bride’s lovely face.

“Oh, wow, I hope not. I’m unbelievably susceptible to that stuff.” Whereupon she related a quick and painful story about being so covered with a poison ivy rash one summer during her teenage years on Long Island, she was forced to get a cortisone shot just to ease the misery.

By day two, the rash had spread to both arms and was threatening her elbows. By day three it was forging new ground on her stomach.

“For the life of me I can’t figure out how I’ve gotten it,” she fretted. “I haven’t seen poison ivy growing anywhere in our yard or been anywhere near the woods.”

And with this my gaze fell on Mulligan the dog.

The Mull, as we call her, really does have wild Indian blood. To briefly review, I found her galloping along the highway in Aberdeen some years ago and brought her home, a dusty but joyful black pup with soulful brown eyes, a grateful jewel of a dog that had either run away or been dumped by the side of the road. She was maybe two months old and all skin and bones, had clearly been scavaging her supper in the woods and dining on rabbits and birds. Within a year, though, she’d grown into a sleek and beautiful flat-haired retriever – maybe the nicest dog I’ve ever owned. Unquestionably the smartest.

But as Crazy Aunt Lily used to say of me: Once wild, always wild. The Mull likes to chase the deer that hop our backyard fence to munch on my carefully cultivated hosta and daylily beds, a battle I was winning thanks to The Mull until I noticed a large shrub of some kind that had sprouted like a fountain at the bottom of our yard. A day or two after the Big Itch struck, I moseyed down and was horrified to behold the mothership of all poison oak plants rising from an old tree stump.

This evil three-leafed fountain of human misery was perhaps four feet high and 12 feet in circumference, strategically positioned where The Mull – in noble defense of the realm, ever vigilant against the rapacious invaders – would invariably brush its insidious leaves as she performed her duties. In fact, I recall recently watching The Mull actually leap the aforementioned monster plant in an effort to cut off a fleeing offender. I also recalled a vet who explained that a dog’s fur is an excellent carrier of infectious oils like that emitted by poison oak.

What followed late Sunday afternoon was a two-hour fight to the finish between Man and Plant. Armed with a rusty sling blade, shovel and hoe and a gallon of herbicide from Aberdeen Feed, I hacked the mothership of misery to pieces and doused the stump and remaining shoots of ivy with Round-up. Then I raked up the leaves into a pile and gave them a good dousing for good measure, leaving them to wither and die. Unfortunately, as I put away the tools, I was startled to turn around and find The Mull rolling in the sprayed remains of the offending plant. Once wild, always wild – though evidently not half as smart as I’ve come to believe.

The Mull and her cronies, the golden retrievers, wound up getting a serious soap and scrub down worthy of drug dealers in a a federal lockup.

“That should take care of it,” I assured the itchy wife, whose arms were alarmingly red and blotchy and was now more or less bathing in Calamine and cortisone.

“Aren’t you worried that you’ll contract it?” she asked.

Four days later, I was sitting in a meeting with a city arts council director when my left ankle began to itch. I didn’t think too much about it until I saw the red bumps.

Could be revenge of the Mothership, too.

If The Mull’s not as smart as I think, alas, perhaps my blood is not as wild or Indian as thought.

In any case, I’ve been discreetly scratching ever since, watching little islands of red colonize my elbows and forearms, bloom behind my right knee and on top of my left foot. Call me crazy as Aunt Lily but I’m rather curious to see how far it goes before I lose my mind and start talking to Al Jolson at night or waiting for Ed Sullivan to phone.

The itchy wife, meanwhile, wisely got herself a shot in the rump and is taking some kind medication that appears to be clearing up her skin.

Life is settling down again. The Mull remains ever vigilant and summer looms.

Pardon me while I go have a quiet little scratch. 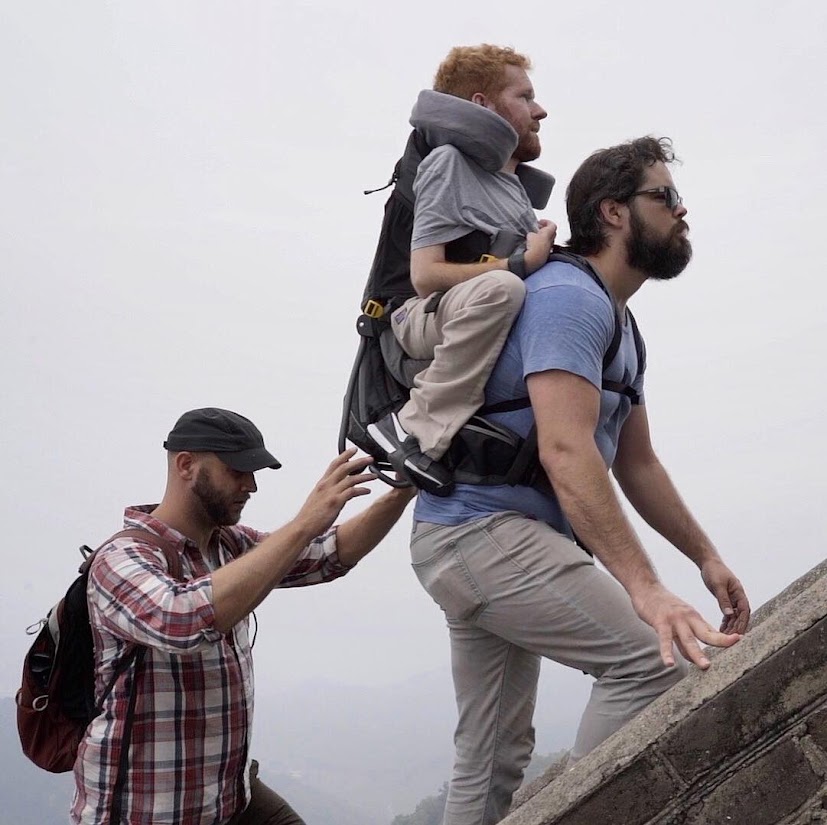