A while back, my beloved wristwatch of many years mysteriously disappeared.

On one level, the loss wasn’t such a big a deal. It was, after all, an inexpensive wristwatch – some might even say cheap – a Timex “Expedition” model that set me back only about fifty bucks during a two-for-one Black Friday sale at Belk department store many years back.

At that time I kept one Expedition and gave the other to my college-boy son, who as it happens had just broken the fine Swiss Army watch I’d owned for several years but passed along to him for safe keeping.

My history of watch-ownership, you see, is a fairly checkered affair, littered with various costly broken or missing timepieces, beginning with the beautiful engraved Seiko chronometer my parents gave me for college graduation that somehow abandoned my wrist on a pilgrimage across Europe, never to be seen again. Over the next few decades it was followed by a succession of fine watches including several Swiss Army numbers I either managed to break or lose in ever creative ways.

Then there was the perilous close call that happened on a beautiful Saturday morning at London’s famous Portobello Road marketplace when I happened across a vendor of antique watches who showed me a beautiful, fully-restored “wartime” Rolex bearing the emblem of the U.S Eighth Army Air Corps in which my old man served during the war. It was an exquisite watch and a bargain at only one hundred quid or so.

In a rare burst of common sense, however, recalling my history of unintentionally losing or destroying innocent timepieces, I concluded in the nick of time that the Rolex of my dreams might well have survived a world war but probably wouldn’t last long on the arm of yours truly. And so, reluctantly, I passed it up.

That’s why the first Timex Expedition I happened upon over a decade ago was such nice discovery: simple, handsome, rugged, reliable and – best of all — cheap to replace when the inevitable happened. As the company’s famous slogan promised: “It takes a licking and keeps on ticking.”

It was also a nostalgic window into my childhood, conjuring memories of the iconic Timex TV spots I always found so entertaining during which John Cameron Swayze – former news broadcaster and game show panelist — subjected Timex watches to various creative “torture tests” like being sent over Niagara Falls in a barrel, attached to the churning blades of a speeding boat motor, put through a washing machine or worn by slugger Mickey Mantle in batting practice.

Once upon a time, Timex was the flagship of American-made affordable watches. Such colorful theatrics made it America’s bestselling watch brand in the dawning space age before digital everything, bargain-priced between $9.95 and $16.99.

The first Timex Expedition I purchased lasted five years but vanished during a research trip to Africa. While wading across a shallow river where crocodiles were rumored to circulate, the pin holding the watch to the strap slipped out of the socket and I found only a bare arm by the other side of the river. Picturing the wily old croc from Peter Pan with the clock ticking in his stomach, I chose not to go back and hunt for my lost Expedition on the river’s bottom.

Back home in America, I set off one afternoon to various shops and department store looking for the same model, figuring that any watch that gave me such loyal service for less than fifty bucks a year was a small price to pay for being on time.

At Belk, I was dismayed to learn the store no longer carries Timex. “I think it’s gone a little down-market,” was how the watch counter clerk politely termed it with a gentle sniff, offering to show me several higher-priced Bulovas and Seiko models, also something called a Fossil watch that looked like something that would require platform heels and a pair of glittery oversized Elton John eyeglasses to complete the ensemble. The only watch that even remotely resembled my beloved lost Expedition was a handsome but pricey Citizen timepiece three times the price tag, though with a ten-year warranty.

I thanked the clerk for her time and said I had my heart set on another Timex Expedition.

So I did, discouraged to think how far mighty Timex must have fallen. But even Wal-Mart was a no-go. The clerk there said a drug store was probably my best option. If that failed, I pictured America’s formerly favorite wrist watch being sold from suitcases on the street corner by vendors with heavy foreign accents.

By now you are probably saying to yourself, “What a silly waste of time – all this hoo-ha over a cheap wrist watch!” And you may well be right.

But on the other hand, a modestly-priced, rugged-looking watch that can take a licking and keep on ticking strikes me as something of true value in a world where nothing is all that permanent, regardless of the price.

Besides, who knows when I might get washed over Niagara Falls in a barrel, hauled by a speeding motorboat or accidentally put through the wash cycle?

In time, I found an excellent source for my beloved Expedition watches: the Timex company itself, which hosts an impressive selection of Expedition models and even fancier watches for aging Timex –ers like me.

Soon I had a new Expedition strapped to my wrist, an updated “indiglo” model featuring a nifty illuminated face that will come in handy if I ever find myself trapped in a dark cave miles below the earth or invading space aliens knock out the nation’s electrical grid and plunge America into complete and total darkness.

Who knows what sort of monkey business may happen in time?

In the meantime, it’s times like these — a killer pandemic, civil unrest, sweeping social change, not to mention a world economy struggling to get off its knees – that really make you take time to think.

According to some, it’s either later than we think – or not time for a change just yet.

Ancient sages advised that time is our most precious commodity, something that flies but a sin to waste, a fleeting resource, tomorrow’s memory, something that heals all wounds and sometimes wounds all heels.

The Book of Ecclesiastes insists that there is a time in heaven for everything, but my late grandmother Taylor – who knew her Bible cold — used to tell me “Sugar pie, someone is always waiting beneath a clock.”

What she meant was that time – at the end of the day — is highly personal, all about the here and now.

Someone is always waiting beneath an unseen clock for a baby to be born or an elder to pass on, a first date to arrive, the train to leave the station, the weather to change, spring to return, a new life to begin.

Tomorrow is simply an unspent yesterday, an abstract concept for something that’s gone the instant it arrives, whereas real time is always here and now, which explains why we fragile human beings felt the need to come up with so many mechanical devises – Stonehenge, sun dials, planting cycles, moon phases, hourglasses, various kinds of calendars, latitude and longitude, and every sort of time-keeping piece from ancient Babylonian water clocks to modern Tag Heuer chronometers – simply to measure our days and mark our passages through the veil of existence.

Some years back, I developed the habit of removing my wristwatch whenever I was doing something I draw true pleasure from – working in my garden, taking a swim, dining with friends or even playing golf. I would unstrap my watch and toss it in a pocket, a symbolic act of suspending time or at least removing my spirit for a blissful moment from the gravitational pull of a world that would have me doing more responsible and important things with my time.

The older I’ve gotten – time being an excellent source of wisdom – I’ve come to believe the most valuable use of time is whatever our heart chooses to make of it.

Not long ago, when restrictions on staying in place due to the Coronavirus began to ease a bit, I transferred my golf clubs to a small canvas “walking” bag I hadn’t used since last summer and set off to play nine holes in the fading afternoon light.

Somewhere near the end of the round, I lost a golf ball and opened the side pouch hoping there might be another ball inside.

But I found my missing Expedition watch.

It was a lovely surprise to suddenly have it back. I strapped it to my wrist for the walk home in a beautiful summer dusk, almost hearing Grandma Taylor speaking to me from the shadows of the evening trees.

If you’ve lost something of value, best to quit looking for it, sugar pie, and give it time. It will find its way back to you.

This struck me as a useful thought for the challenging times we are living through.

In a world that is waiting for things we value to return, to begin again or change for the better, it’s nice to have a pair of Expedition watches to tell me what time it really is – or isn’t. 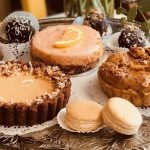