“I fancy that every city has a voice,” wrote William Sydney Porter, aka O.Henry, and five years ago this month, Greensboro found full-throated expression in the inaugural issue of this magazine. With a cover revealing author John Hart seated among the Gate City’s Who’s Who reading his novel Iron House — at, where else? The O.Henry Hotel’s Green Valley Grill bar — followed by a wildly popular second issue featuring architect Edward Loewenstein, O.Henry gave Greensboro residents reasons to celebrate their city. The celebration hasn’t slowed one bit in the last five years, as we’ve paid homage to our past, our art, our music, food, traditions, homes and gardens — thanks to the talents of Dodson, Schlosser, Johnson, Bailey, Adams, Blair, Wahl and Rose. But wait! There’s more: A literal fifth anniversary celebration replete with music, eats and drink will take place this fall. Keep reading these pages or facebook/ohenrymagazine for details.

It don’t mean a thing if it ain’t got that sting! Celebrate the pollinators so crucial to our food system on August 20, at the Guilford County Master Gardeners’ Bee Friendly to Bees Day. Coinciding with National Honeybee Day, the event takes place at the Guilford County Agricultural Extension (3309 Burlington Road, Greensboro) a veritable hive of activity, with displays by UNCG, N.C. State and the Xerces Society on native bees and the latest on bee research. Also featured will be a plant scavenger hunt and samples of pollinator-driven food from GTCC’s culinary department. There’ll be face-painting for kids, books to browse through, hot dogs and honey-inspired desserts, music and more. Info: ces.ncsu.edu.

And you’ll be a winner simply by strolling the beloved Donald Ross course to watch the pros tee off, drive, chip and putt at Sedgefield Coutnry Club (3201 Forsyth Drive, Greensboro) for the Wyndham Championship (August 15–21). Last year, the buzz was all about a certain icon named Tiger making an appearance — until N.C. native Davis Love III took home the trophy. Only the Fates can tell what will occur this year. Meantime, enjoy sporting a Hawaiian lei, munching on hot dogs, the merch . . . and a Greensboro tradition that has lasted seventy-seven years. Tickets: wyndhamchampionship.com.

Meaning, South Africa’s Kevin Anderson, US of A’s Kevin Anderson and Sam Querrey, fresh off his takedown of No. 1 seed Novak Djokivic at Wimbledon. From August 20–27, watch these tennis pros and others serve (and grunt), volley and lob at the Winston-Salem Open (Wake Forest Tennis Center, 100 West 32nd Street, Winston-Salem). For a little extracurricular fun, Brenner Children’s Hospital hosts Kids’ Day (8/20) serving up pointers on tennis skills, fun and games and an appearance by the tournament’s mascot, Bo. On 8/22 salute our vets at Military Appreciation Night. And Hey Ladies! On 8/24, (Ladies Day) consider stopping in for a luncheon, how-to booths and fashion show  For more information and tickets: (336) 758-6409 winstonsalemopen.com.

As in, 5 By O.Henry at the Greensboro Historical Museum (130 Summit Avenue, Greensboro), arguably one of the oldest museum play series in the United States. For its thirtieth season, 5 By O.Henry’s performance dates (traditionally around the September 11, the birthdate of its namesake, William Sydney Porter), come early. This year, the series starts August 12–14, followed by another run August 18–21, and continues in mid-September (from the 12th through the 14th, and the 18th through the 21st). Whether your preference is matinee or evening, enjoy The Rathskeller and the Rose, The Fifth Wheel, Conscience in Art, Tobin’s Palm and Memento, all adapted for stage by Joe Hoesl and directed by Barbara Britton. Tickets: (800) 838-3006 or 5byohenry.bpt.me.

After planning, digging, planting and rain delays, it’s finally ready. Carolyn & Maurice LeBauer Park (200 North Davie Street, Greensboro) officially opens on August 8th, with a dedication ceremony, classes, entertainment and two on-site cafes: Noma Food & Co., described as “fast-casual” Vietnamese and Ghassan’s, a longtime Gate City favorite serving up Mediterranean fare. The party continues all week, culminating on the evening of the 14th with the illumination of Where We Met, a canopylike sculpture by Julia Echelman, touted as the largest of its kind in the Southeast. There’ll be plenty more reasons to come to Le Bauer Park, including the last MUSEP concert by Wally West Little Big Band on the 28th . . . not to mention the last rays of summer before the busy, shortened days of fall. Info: cfgg.org.

So often we laud the music-makers of roots, bluegrass and old time genres but forget that the instruments themselves are art. Thanks to The Luthiers Craft: Instrument Making Traditions of the Blue Ridge, you can see the craftsmanship that informs musicianship. Originating at Mount Airy’s Museum of Regional History, the exhibit came to the High Point Museum (1859 East Lexington Avenue) last month and will be on view through December 17. It follows the work of guitar maker Johnny Henderson, fiddle makers Audrey Hash Hamm and Chris Testerman, and banjo maker Johnny Gentry, all of whom hail from Southern Appalachia and the Blue Ridge. With hands-on ways to explore their craft, don’t be surprised if you get a notion to start pickin’ and grinnin’. Info: (336) 885-1859 or highpointmuseum.org.

These Colors DO Run

Get moving and get happy at the Color Vibe 5K Run on August 27. Starting at
8 a.m. on the corner of Lindsay and Church Streets, the event is not so much a reason to show off your athletic prowess as to have fun — and benefit the Healthy America Initiative, which promotes active and healthy lifestyles. You’ll dash around a loop with stations or “color zones” that douse you with paint. By the time you cross the finish line and head to the dance party and color throw, you’ll be sporting the full spectrum, reason enough to change your name to Roy G. Biv. To register: thecolorvibe.com.

With everyone trying to get in a beach trip before Labor Day, August is typically the slowest music month of the year. Therefore, for this hot month we’re going a bit farther afield to find the hot acts. Oh, they’re out there, you just gotta look a bit harder.

• August 4, Muddy Creek Music Hall: You’ve likely heard the buzz over the past year about this fantastic venue in Bethania, and there will be no better time to check it out than this event. Billed as A Celebration of Southern Sirens, seven top-shelf local and regional songstresses (my fave is Emily Stewart) will be covering some of the greats, ®à la Misses Loretta and Tammy.

• August 10, Cone Denim Entertainment Center: Since forming in 1995, Chicago trio Chevelle has made the transition from alt. metal/post-grunge to mainstream hard rock, morphing from a cult act into respected touring and recording artists. This is what a power trio is supposed to sound like.

• August 14, Thirsty’s 2: If you can’t make it to the beach, let my old pal Thirsty bring the beach to you. There is no finer keeper of the flame of that indigenous Carolinas genre than the Band of Oz. Ocean Boulevard right here in our backyard.

• August 25, Haw River Ballroom: Yes, it’s off the beaten path, Saxapahaw to be exact, but they are bringing in some killer national acts that make the trip well worth it. Hard Working Americans is Americana stalwart Todd Snider’s new band, and they definitely live up to their name.

• August 27, Greensboro Coliseum: Now, this should be interesting. When I first heard that Axl Rose was replacing Brian Johnson as lead vocalist for AC/DC, I dismissed it as another Internet myth. But the rumors are true, and — guess what? — the reviews have been overwhelmingly positive. Who knew? 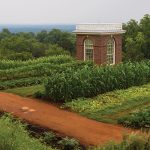 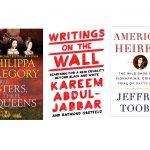