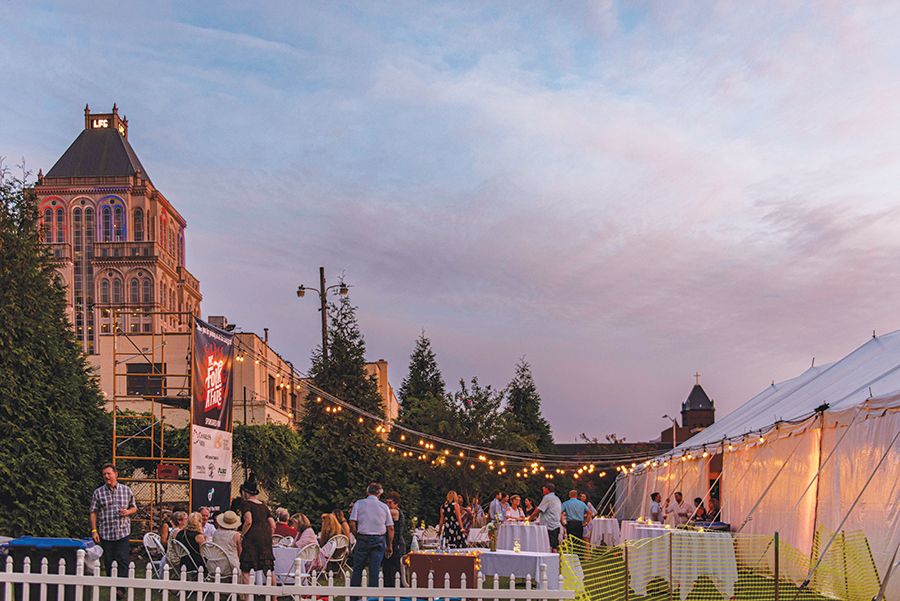 At O.Hey, our diet is omnivorous and philanthropic. If eating our way through a cross-section of Greensboro’s culinary offerings is what it takes to support the N.C. Folk Fest, we will do what needs to be done. From 6–8:30 p.m. on Tuesday, May 11, at Elm & Bain, stuff yourself silly with a diverse array of savory delights from 13 of Greensboro’s eateries while mingling with the Triad’s talented chefs. Anyone know how many empanadas can fit in a pair of carpenter joggers? Asking for a friend. Info: NCFolkFestival.com; to subscribe to receive weekly happenings in the O.Hey voice, visit oheygreensboro.com 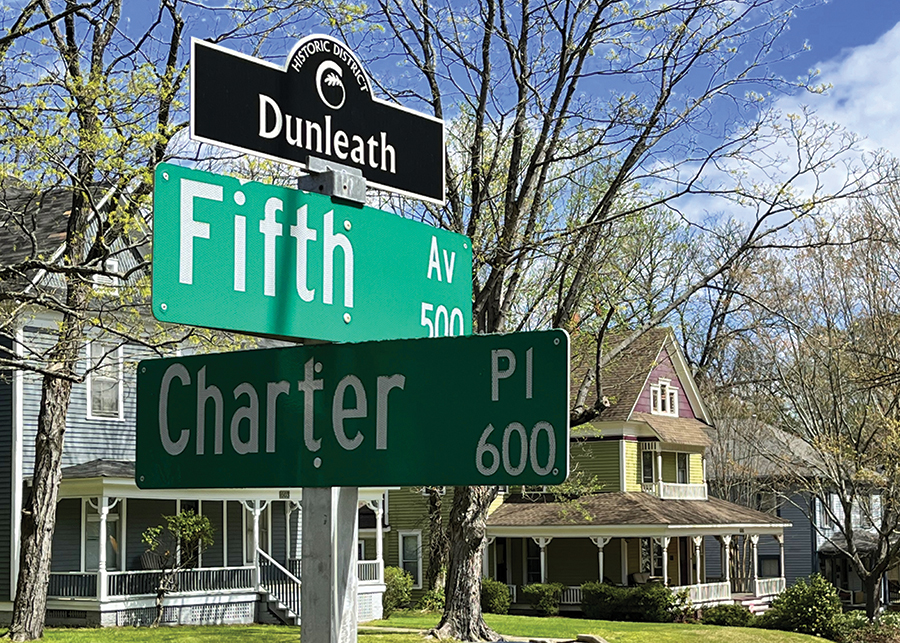 They’re not old — they’re gracefully aged. Throughout the month of May, Preservation Greensboro’s Twelfth Annual Tour of Historic Homes & Gardens will focus on the architecture, gardens and history of one of Greensboro’s oldest neighborhoods. Dunleath, home to World War Memorial Stadium and the Greensboro Farmers’ Curb Market, features a range of traditional vintage American homes built in the 19th and early 20th century by middle- and upper-class residents — from sprawling Victorians to modest Craftsman bungalows. It is also known for its eclectic mix of creative residents as well its annual Porchfest, scheduled for June. This year, the tour — Preservation Greensboro’s flagship fundraiser — will include both in-person and virtual elements so you can visit while either strolling or scrolling. Info: PreservationGreensboro.org. 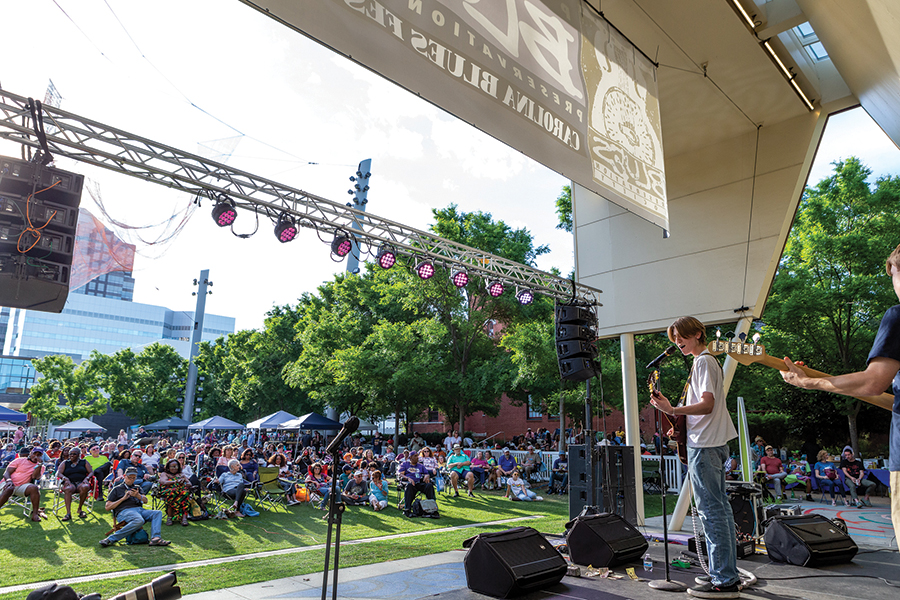 Forget about the summertime blues. The Piedmont Blues Preservation Society’s Carolina Blues Festival returns this spring for its 36th year with Young, Black & Blues, a celebration of young Black musicians. This year, the longest-running blues festival in the Southeastern United States delivers a full lineup of seven talented acts, including storytelling through smooth instrumentals and lyrics.  Follow the sounds of soulful vocals and riveting guitar riffs to LeBauer Park from 3–11 p.m. on Saturday, May 21. Info: PiedmontBlues.org. 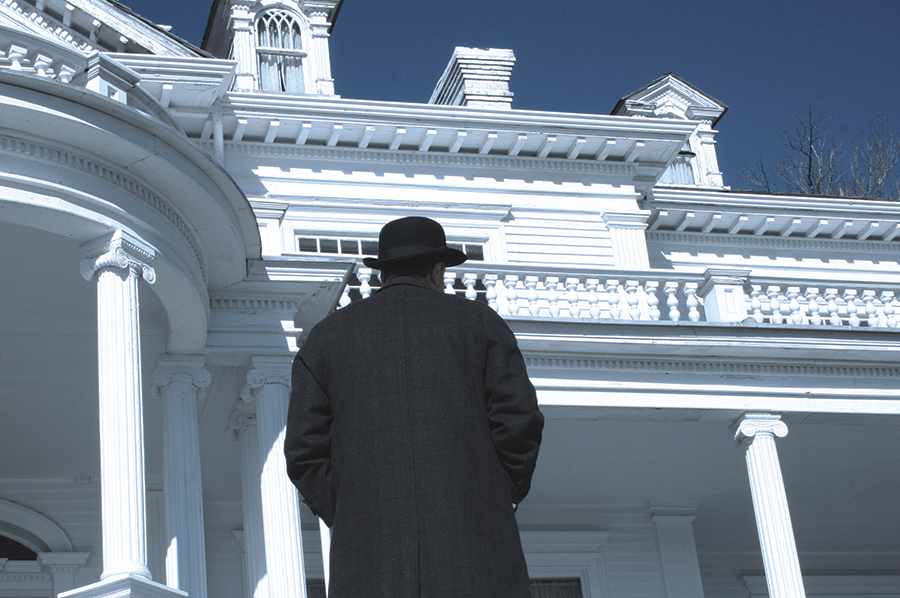 The Cone family was not one to just mill about. The iconic dynasty, known for its entrepreneurship and contributions to Greensboro’s economy and civic life, made it big in the textile industry in the late 1800s. The Denim King: The Moses Cone Story, based in part on the book A Mansion in the Mountains by Phil Noblitt, weaves a spirited musical tale — with little fabrication — of Moses and Ceasar Cone while giving a peek inside life at their family residence, Flat Top Manor in Blowing Rock. The show runs May 12–16 at the Virginia Somerville Sutton Theatre at Well·Spring. Info: ticketmetriad.com.

May might be one of two months, weatherwise, that needs no hype. (October being the other.) It’s like Little Red Riding Hood’s bowl of porridge: Not too hot, not too cold, but just right. The outdoor concerts and festivals are cranking up, the big bands are touring, al fresco dining is in, the flowers are blooming. Oh, I could go on, but my favorite juke joints await, and it’s time to let the fish fry proceed.

• May 15, Ziggy’s Space: If you regularly peruse these ramblings, you know I’m a big fan of Americana music. And there is no more talented Americana artist than Darrell Scott. Singer/songwriter/multi-instrumentalist/storyteller, he does it all and does it better than most.

• May 20, Tanger Center: Exactly 50 years ago — I don’t think it was the Fourth of July — a carload of us traveled to Charlotte to see Chicago. The band was great, the acoustics were horrible. Thanks to Cliff Miller and SE Systems’ sound, and the Tanger designers, we won’t have to worry about that this time.

• May 21, Truist Field (Winston-Salem): Just as May needs no hype, neither does Paul McCartney. This is a major coup for us and the Triad, as the legend of legends only scheduled 13 stops, and we “Got Back” to where we once belonged.

• May 22, Doodad Farm: Each spring, my heroes, Dean and Laurel Driver, host a tribute/fundraiser for a local nonprofit. This year they appropriately chose the New Arrivals Institute, which serves as a bridge for local refugees and immigrants getting acclimated to a new culture. The all-day show is titled Legends of NC and features no fewer than 18 of our finest: Sam Frazier, Laurelyn Dossett, Graymatter, Jon Shain, Abigail Dowd … you get the picture.

• May 25, White Oak Amphitheatre: Nineties icons Smashing Pumpkins officially broke up in 2000, but eventually regrouped — with Billy Corgan still fronting — and put out a killer double album in 2020. After COVID interruptions (including a show here), they’re touring relentlessly again, “like a rat in a cage.”

The Creators of N.C.Department, May 2022