Beat the Monday blahs with Sunday night blues — or bluegrass, folk, Latin and soul — with yet more free, outdoor music. Joining Greensboro’s MUSEP and Levitt AMP concert series is High Point Art Council’s Arts Splash 2016. On July 10 grab a lawn chair and your dancing shoes, for there’s likely to be shimmying and shaking in Commerce Street at the Mendenhall Transportation Terminal when The Legacy Motown Revue takes the stage for the inaugural performance. It’ll prime you for the rest of the season’s lineup that includes The Collection, the cover story for the September 2014 issue of O.Henry, but decidedly not a cover band; Big Ron Hunter; plus The Robertson Boys; and Don Flemons, formerly of the Carolina Chocolate Drops, who winds up Arts Splash at the GTCC Amphitheatre on August 14. Info: (336) 889-2787 or highpointarts.org.

The colorful, translucent glass of Venice, Italy, appeals to just about everyone. And if you’re one of the world’s pre-eminent glass artists? Then expect the muse to strike — in a big way. That’s exactly what happened in 1988 when Dale Chihuly traveled to Venezia and on seeing its Art Deco vessels, decided to create his own sculptures with the help of two Venetian glass artisans. Bearing mythological creatures, cherubs and other themes related to the Queen of the Adriatic, the fantastical pieces are assembled in Chihuly’s Venetians: The George R. Stoemple Collection, which makes its only stop on the East Coast at the Alamance Arts Council (213 South Main Street, Graham) from July 1 through October 15. Info: (336) 226-4495 or alamancearts.org.

See You at the Movies

Escape the inferno outside for the cool, dark comfort of a movie theater at two film festivals playing in the Gate City throughout July and August. Starting on July 11 the Carolina Theatre’s annual Summer Film Fest delivers chills and thrills from Hitchcock’s Rope to Steven Spielberg’s Jaws, as well as kitschy, campy popcorn flicks such as Blue Hawaii, Beach Blanket Bingo and Cry-Baby. Take the day off with Ferris Bueller, ride with The Duke’s posse in The Searchers or sing along with the Von Trapps in The Sound of Music. Tickets: (336) 333-2605 or carolinatheatre.com. For more high-minded — and free — fare, Greensboro Public Library’s Foreign Film Festival, (through August 30) takes you abroad to Ireland with Grassland, a family drama and 2015 Sundance award-winner; sets your heart afire with Austria’s Amour Fou; and ramps up the adventure quotient with Theeb, an Academy Award nominee from Jordan about a young tagalong in a Bedouin tribe. For a complete listing and screening locations: greensboropubliclibrary.org.

If you’re having Game of Thrones withdrawal, binge on the Bard with Henry IV, Part I, with Drama Center’s Summer Shakespeare in the Park production at Gateway Gardens (2924 East Gate City Boulevard). Among the most popular in Shakespeare’s canon, “One Henry Four,” if you’ll recall, has an aging King Henry worried about advancing armies, an uncooperative and hot-headed ally, Hotspur, and his wastrel son Prince Harry, who loves to spend his days imbibing and wenching in taverns with his buddy Falstaff. Does the young prince have what it takes to be king? Find out July 28-–31. Tickets: (336) 335-6426 or thedramacenter.com.

Release your inner Katniss Everdeen — or Robin Hood, or Cupid — at a series of archery clinics, courtesy of Greensboro Parks and Recreation. Held at Hester Park (3615 Deutzia Road) every first and third Thursday of July (the 7th and 23rd — and continuing through September), the two-hour sessions are open to anyone 8 years old on up, beginner or advanced. For a fee of $25, you’ll learn range safety and shooting techniques and how to size the equipment (which is provided, by the way). But don’t get too — heh — arrow-gant with that quiver and try any William Tell stuff: You could put someone’s eye out with that thing. To register: Call Remy Epps at (336) 373-3741.

Why fly down to Rio for games of hide-and-Zika when you can watch the USA Masters Games right here in the Gate City? From July 21–31, some 6,000 athletes age 21 and over, and hailing from around the globe, will compete in twenty-four different sports, including the usual suspects: baseball, basketball, cycling, soccer, tennis, golf, soccer, swimming, and track and field. There are the seasonal anomalies, too (figure skating and ice hockey, in July?), as well as the kinder, gentler activities — badminton, pickleball and functional fitness — for creakier joints. Competitions will take place throughout the city with the Greensboro Coliseum serving as hub central, replete with a Games Village. So come out and cheer on the competitors and boast that you’ve been to the Masters — without having to eat crummy pimento cheese sandwiches. Info: usamastersgames.com.

Invented in Greensboro, everyone should know that Vicks VapoRub is a eucolyptus and camphor salve that still soothes bronchial symptoms under Procter & Gamble’s banner. Now you can see precisely where VapoRub started: the mortar and pestle that Lunsford Richardson used to mash up the first batch. Greensboro’s Anne Carlson, who’ll turn 90 this month, recently donated the hefty brass set to the Greensboro Historical Museum (greensborohistory.org), where it’ll be displayed in a case labeled, “This Just In,” before moving to a permanent exhibit. Museum director Carol Hart says the grinding device is an example of an object that wouldn’t bring much on eBay, for instance, but is priceless because of its historical significance to Greensboro. “It connects to a time when Greensboro was becoming what it is,” she says. Its provenance? One night in 1894, when Carlson’s mother-in-law, Laurinda Richardson Carlson, was sick as a child, her father ran down to his pharmacy on South Elm Street and crushed up the ingredients to be plastered on his little girl. Shazam! She got better overnight. Richardson named the concoction for his brother-in-law, Dr. Joshua Vick, sold the rub in small blue jars, and a national brand was born. A footnote: Four years before Richardson invented VapoRub, he and a business partner bought the drug store from F.A. Tate and W.C. Porter. Porter’s nephew William Sydney Porter had worked in the store and later became a writer under a different name: O.Henry.

The label of A La Brava Hot Sauce wonders: “Are you brave enough to try it?” I was and found that this “Authentic Salsa Diabla” — first whipped up in Chihuahua, Mexico, by Mama Nana, the grandmother of Winston-Salem resident Marcos Medina — is, in fact, considerably hotter than Texas Pete. Its blistering bravado comes from a blend of chipotle and “rat’s tail” (arbol) chilies, giving it a really distinctive South-of-the-Border accent, with no sugar, gracias. You’ll find it on the shelves of Super G Mart, Compare Foods  or other, smaller tiendas. Bravissima! — DCB

Fourth of July fireworks are by no means the only way to light up your hot summer evenings. There are plenty of musical pyrotechnics on tap in and around the ’boro, so let’s light the fuse. 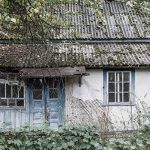 Treasures From a Vanishing WorldJuly 2016 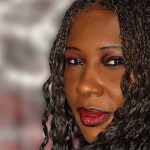