It’s been on a bit of a hiatus since 2014, due to Weatherspoon Art Museum’s 75th anniversary celebrations, but on May 21, the biennial exhibition, Art on Paper returns. Consisting of works in which paper is used as a surface or a medium in itself, Art on Paper has contributed to the growth of the museum’s collections: With support from xpedx, formerly Dillard Paper Company, and the Dillard Fund, Weatherspoon has been able to purchase more than 600 works since the exhibit’s inception in 1965. Info: weatherspoonmuseum.org.

Frequent O. Henry contributor Kevin Reid once said that if the Cubs ever won a World Series, he would die a happy man. Last year the Cubbies kept their end of the bargain, and on March 24 of this year, Kevin kept his.

Regarded as a savant of sorts in both baseball and R&B music, Kevin could tell you that, say, Ray Jablonski hit .289 in 1957 or that the Crests had the far better version of “Sh-boom” than the Crewcuts (and why) — but misplaced his car keys on a daily basis. He authored two books: Country Hardball: The Autobiography of Enos “Country” Slaughter and Greensboro: Images of Modern America. The old ballyard just won’t be the same.

Meaning, Fisher Park, the location of Preservation Greensboro’s Tour of Homes. One of the oldest neighborhoods in Greensboro and an example of what PGI President Benjamin Briggs describes as a “streetcar suburb,” Fisher Park will showcase eight historic houses on the tour, including the one that everyone in the Gate City has been talking about of late: Hillside, once the residence of Ethel Clay and Julian Price. Tickets are available around town or online at preservationgreensboro.org.

All aboard the “Triple T Express,” officially known as Triad Touring Tasters! Launched late last month by Triad Local First, the initiative is uniting local communities through food. Here’s how it works:  a group of 17 gourmands or “tasters” gathers at a Greensboro restaurant, or some purveyor of food, boards a luxury bus provided by Matt Logan LLC and travels to another Triad city to explore one of its eateries. The initial venture in April started at Zeto’s before heading to Willow’s Bistro in Winston-Salem. This month, foodies will board Matt Logan’s magic bus on May 23 at Crafted — The Art of the Taco (219-A South Elm Street) and travel to its newest sister restaurant, Crafted, in the Twin City’s Arts District. Info: triadlocalfirst.org. Tickets: eventbrite.com

. . . the Yadkin Valley! The Yadkin Riverkeeper kicks off its series of paddles on N.C.’s longest river  at 9 a.m. on May 21with the WKZL-FM Paddle-a-thon. The 9.3-mile journey begins and ends — via shuttle — at Childress Vineyards in Lexington, where there will be food, beverages and live music from Indie/folk artist Emma Lee. Can’t make it May? No worries! Subsequent monthly paddles — some of which explore farther reaches near Elkin and the Kerr Scott Dam in North Wilkesboro — are scheduled from June through September. To register for each paddle (separately), visit yadkinriverkeeper.org or call (336) 722-4949.

Stamens and Pistils and Puppets, Oh My!

Want to know more about pollination but afraid to ask? Jabberbox Puppet Theater presents Beauty and the Botanist, an original one-act play — inspired by a Fred Chappell short story — about Swedish botanist Carl Linnaeus and a maverick female protégé, written and performed by Deborah Seabrooke and Marianne Gingher.

Join the merriment for salon-style adult puppet theater (limited to 20 guests per performance) featuring Jabberbox’s trademark “brief puppet nudity.” Performances are Fridays and Saturdays at 8:30 p.m. on May 19, 20, 26, and 27 and June 2, 3, 9, 10, 16, and 17. Sunday matinees are at 2:00 p.m. on May 21, 28, and June 4, 11, and 18. Curtains open at 301 East Hendrix Street. Be sure to arrive a half-hour before evening curtain time for wine and homemade desserts on the porch. Tickets are $15 evenings, $10 matinees. For more information about discounts, special weekday performances and reservations, visit www.jabberboxpuppettheater.com, email deb.seabrooke@gmail.com, or call (336) 272-7888.

I couldn’t wait. I broke out my new bottle of BabyBolo’z at breakfast. Swimming in a sea of cilantro and 13 different kinds of vegetables, my two eggs, sunny-side up, sizzled away in a savory sauce of eight peppers. At lunch, I doused my nachos with Greensboro entrepreneur George Lopez’s “Taste of Cuba” — a combination salsa-hot sauce-pico de gallo-marinade. Come supper, I heaped it atop some smoked country ribs, and it sang out loud and clear, without a note of sugar. George says no one’s tried it on oatmeal. Welllllll, with a little sour cream, it’s not half bad. BabyBolo’z Hot Sauce and Marinade is available at Super G Mart, Triad Meat Co. or at George’s test kitchen/office by appointment.
Info: babyboloz.wixsite.com/hotsauce.

Antiques, vintage gardening tools, baskets, boxwood wreaths, lavender, soaps and lotions . . . If you have a penchant for rustic elegance à la française, then head to The French Farmer’s Wife, a refurbished barn in Kernersville (1987 Beeson Road), that hosts monthly sales held from 9 a.m. to 4 p.m. over a period of three days. And be sure to get there early, as merchandise goes fast. This month’s sale will be held Mother’s Day Weekend (May 11th, 12th and 13th). To learn more, go to www.facebook.com/TheFrenchFarmersWifeNC/ and pick up a copy of the Summer issue of O.Henry’s sister publication, Seasons, when it hits the stands in mid-June.

Those of us, um, of a certain age, might remember dancing around the maypole in our youth. And while that tradition seems to have died out, the dancing part is alive and well. Only now it happens in concert halls, ballrooms and nightclubs, with live bands supplanting the poles. And May has some good ones (bands, that is).

• May 6, Cone Denim Entertainment Center: If you’re a Journey fan — which I am — the bad news is, the closest they’ll be to Greensboro this year is Louisville, Kentucky (I checked). But the good news is, the next best thing, Trial By Fire, is in town this month. Don’t stop believin.’

• May 13, Blind Tiger: Robert Randolph’s pedal steel guitar is called “sacred steel” for a reason. He and his Family Band may not quite turn the BT into a Pentecostal Holiness church, but fans will walk out having had a religious experience.

• May 16, Lucky 32: Close your eyes and you will swear three guitarists are playing at once. Open them and you will see Vicki Genfan playing solo. She won Guitar Player magazine’s international Guitar Superstar ’08 contest, if that tells you anything. She and local songwriting-singing-pianist pal Kristy Jackson promise to light up L32.

• May 20, Greensboro Coliseum: If there’s a hotter country act that doesn’t have states in its name than Eric Church, I can’t imagine who it would be. The superstar’s tour, called “Holdin’ My Own,” might be the understatement of the decade.

• May 25, The Crown: With spring in the air, the N.C. Brass Band is throwing an indoor picnic. The virtuoso ensemble will feature not only Sousa marches but all the jazz, pop, and American Songbook standards that are timeless. 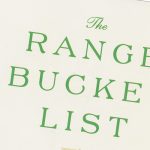