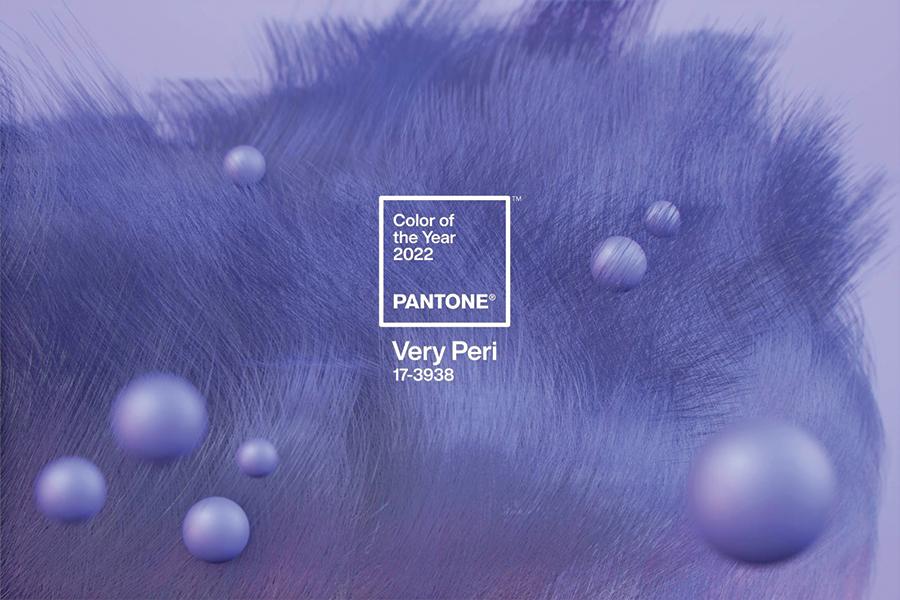 Thinking about sprucing up your house? Hoping for a new look? Want to be way ahead of the curve for the spring High Point Furniture Market? The Pantone Color Institute can help. It recently created and introduced the Pantone Color of 2022, and — drum roll —it’s Veri Per (Pantone 17-3938), a dynamic periwinkle blue hue with a vivifying violet red undertone.

The institute’s director, Leatrice Eiseman, explains its importance in an unsettled time: “As we move into a world of unprecedented change, the selection of Very Peri brings a novel perspective and vision of the trusted and beloved blue color family. … [It] displays a spritely, joyous attitude and dynamic presence that encourages courageous creativity and imaginative expression.” 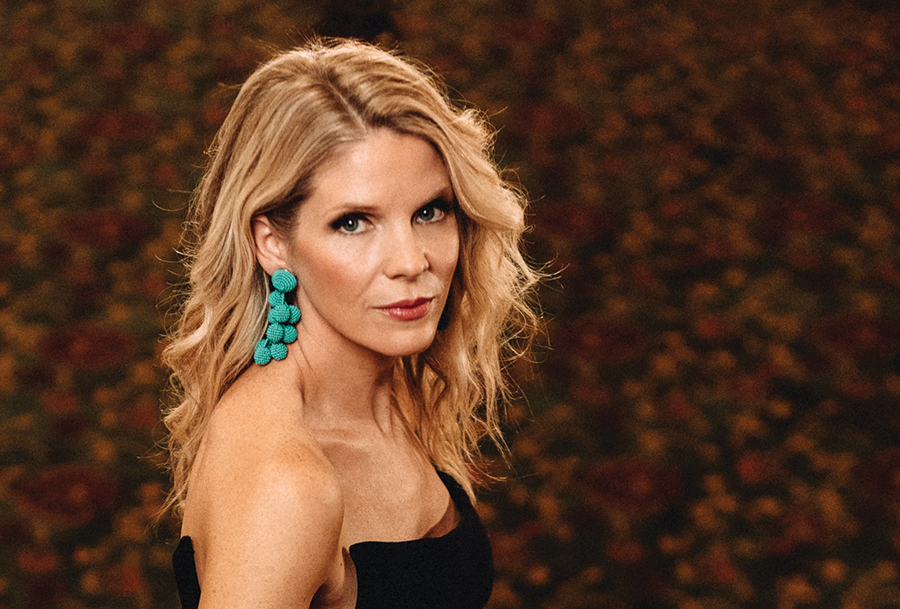 This month, one of Broadway’s most celebrated actors kicks off this year’s UNCG Lecture and Concert Series. Kelli O’Hara takes the UNCG Auditorium stage Friday, January 14, to share her experiences on screen and stage.

The seven-time Tony Award nominee won the 2015 Tony Award for Best Actress in a Musical for her performance as Anna Leonowens in The King and I. Other Broadway highlights include Kiss Me Kate, The Bridges of Madison County, Nice Work If You Can Get It and South Pacific.

Television credits range from Sex & The City 2 and The Good Fight to Blue Bloods and N3mbers, to name a few. 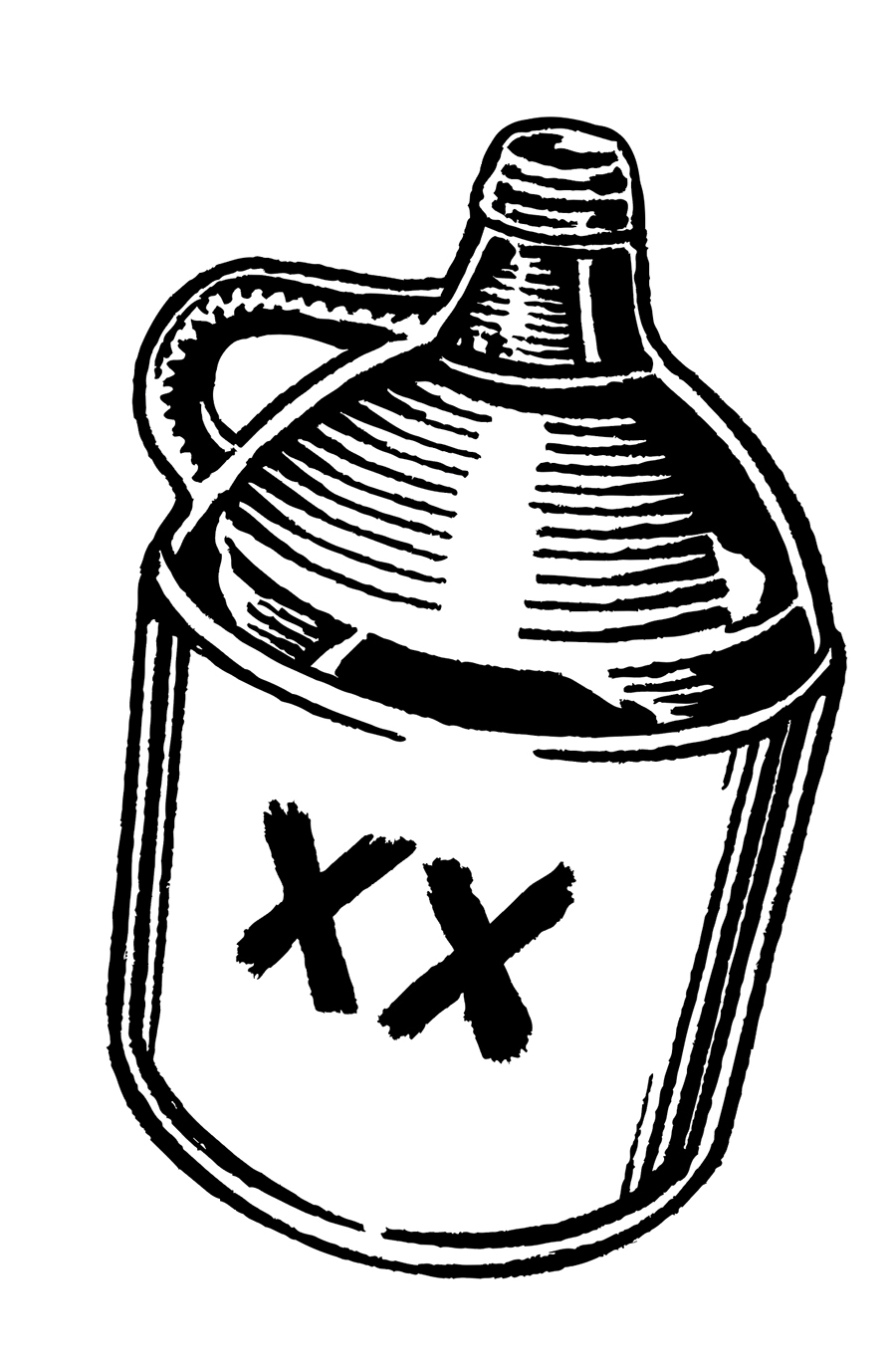 Once nicknamed the “moonshine capital of the world,” Wilkes County is embracing — even celebrating — the ill-gotten gains of its past in North Wilkseboro Saturday, January 15, by hosting a free family-friendly event with food and beverages, local crafts, music — and of course — moonshine and stories. For more information visit
www.facebook.com/WilkesSpiritDay/

New at the Zoo 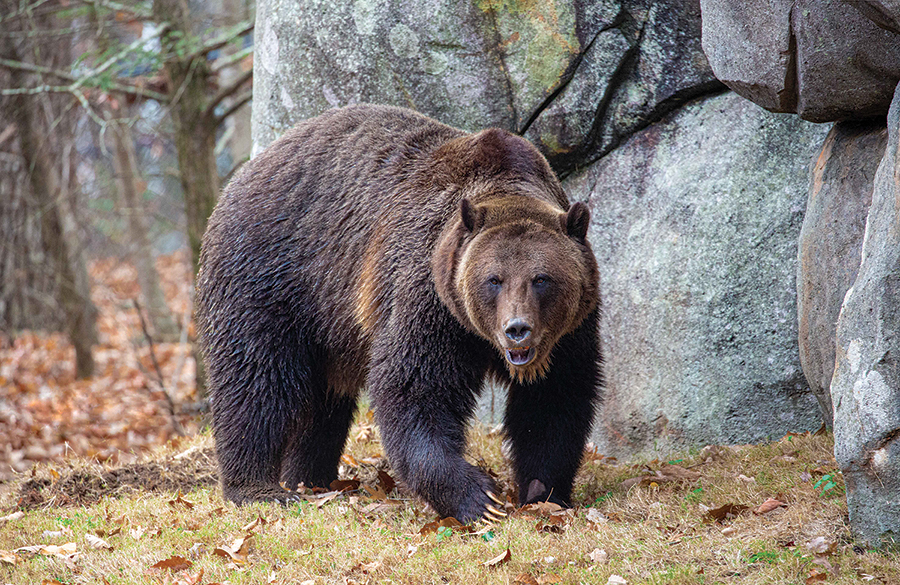 Ronan is not your average bear.

The 740-pound male grizzly is the newest resident of the North Carolina Zoo in Asheboro. Recently relocated from the Reid Park Zoo in Tucson, Arizona, the 9-year-old fellow seems to be adapting well to his new habitat in the North America continent area.

Since last summer, the grizzly bear habitat in Asheboro has remained empty, following the death of Tommo, a beloved, “amazing, goofy” dude that resided in the park for the 26 years.

“We are so excited to welcome Ronan to the zoo,” says Jay Stutz, the zoo’s curator of mammals. “He is settling in well and already building meaningful relationships with his keepers. We all look forward to the experiences that he will share with our guests and staff.”

Male grizzlies in the wild live about 22 years and weigh between 400 and 700 pounds. 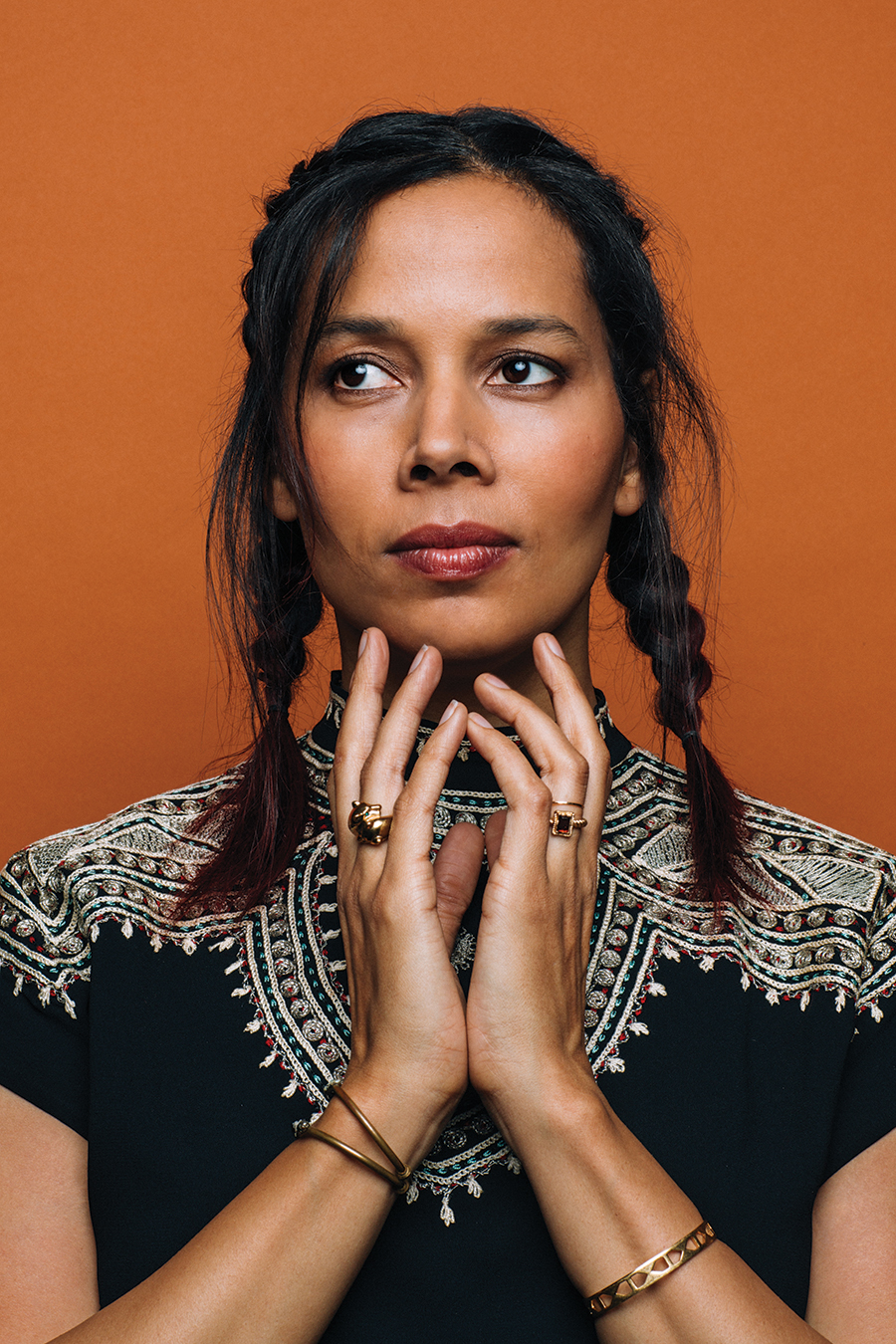 Grammy-winning songwriter and performer Rhiannon Giddens’ New Year’s gift to the Triad is bringing her musical talents home to the Greensboro Opera’s performance of Porgy and Bess. Composed by George Gershwin and his older brother, Ira, the opera revolves around Porgy, a poor, disabled Black man in Charleston, South Carolina, who desperately seeks to save Bess from a violent lover and a drug dealer. A love story, in other words, but the story is also about redemption and overcoming adversity. We can’t wait to hear Rhiannon and company’s take on such beloved songs as “It Ain’t Necessarily So,” “My Man’s Gone Now,” “Plenty o’ Nuttin’ ” and “Summertime.”

A native of Greensboro and an alumna of the North Carolina School of Science and Mathematics, plus and a graduate of Oberlin Conservatory, Giddens is a founding member of the Carolina Chocolate Drops, a blues, country and old-time band in which she was lead singer and played the banjo and fiddle. In 2017, Giddens was awarded a MacArthur Fellow by the John D. and Catherine T. MacArthur Foundation. 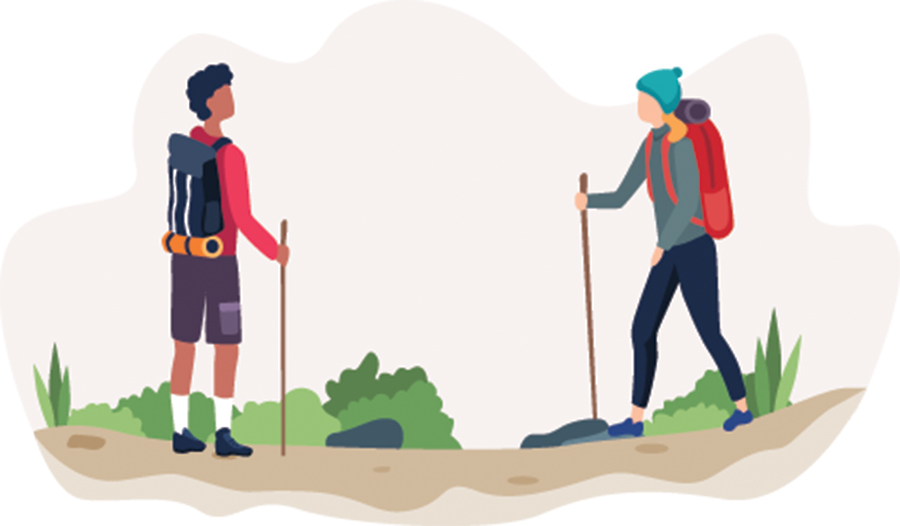 What better way to observe the Martin Luther King Jr. holiday — and a Day of Service — than to help clean up the messes left by others. Greensboro Parks & Recreation is sponsoring a hike on Monday, January 17, to collect litter along a popular 6–mile route. Participants should meet at the Piedmont Trail parking lot on Lake Brandt Road near the Lake Brandt Marina. (If you need directions, call the marina at (336) 373-3741). The stroll takes about three hours, so be sure to dress in layers and bring water to drink.

OK, 2020 was a total bust, and 2021 didn’t come back to some semblance of life as we once knew it until around August. So, let’s pray to the gods of music or the deity of your choice that 2022 brings a full return to vaccinated and maskless normalcy. And for me, that means full concert venues, clubs, bars, restaurants, street fairs and music festivals. January was always a bit slow for major touring acts in the Before Times, and that seems to be the case now, but there still are plenty of quality shows to go around. So, let ’er rip.

• January 7, Blind Tiger: Like so many others, the pandemic wreaked havoc on the Camel City Yacht Club’s launch and touring plans. But they’ve set sail again hoping for smooth seas and sunny skies. Fronted by local legend Clay Howard, this is a cruise you don’t want to miss.

• January 21, Ramkat: Remember when country music stars actually dressed for gigs, wearing flamboyant, one-of-a-kind Nudie Rodeo suits and (thank you, Warren Zevon) perfect hair? Marty Stuart, bless his heart, is single-handedly keeping those days alive, both with his Fabulous Superlatives (don’t you love that name?) and his Nashville museum. Authentic twang at its most excellentest.

• January 22, Carolina Theatre: Bluegrass and Americana royalty right here, in the persons of Sam Bush, Mike Marshall and Edgar Meyer. They got together for one superb album, Short Trip Home, years ago and still occasionally tour together. And now they’ve turned the terrific trio into a quality quartet, adding Edgar’s son George on fiddle. The phrase “genre-bending” was invented to describe these guys.

• January 22, High Point Theatre: You get three shows in one when you go see Ben Vereen. He broke in on Broadway, starring in Jesus Christ Superstar and Pippin, for which he won a Tony. He is an exceptional tap dancer, hence the title of his tour, Steppin’ Out. But his voice is what most folks come for. Expect some of his many show tunes, as well as nods to Sinatra and his old pal Sammy Davis Jr.

• January 30, Carolina Theatre: As a sort of pseudo-musicologist, I fell in love some years ago with the music that preceded my birth. Being a boomer, that meant, of course, the Glenn Miller Orchestra. Oh yes, there were dozens of wonderful bands, but the indisputable leader was Glenn Miller. Thankfully, this incarnation of top-shelf players is keeping that era alive. I know I’ll be in the mood.