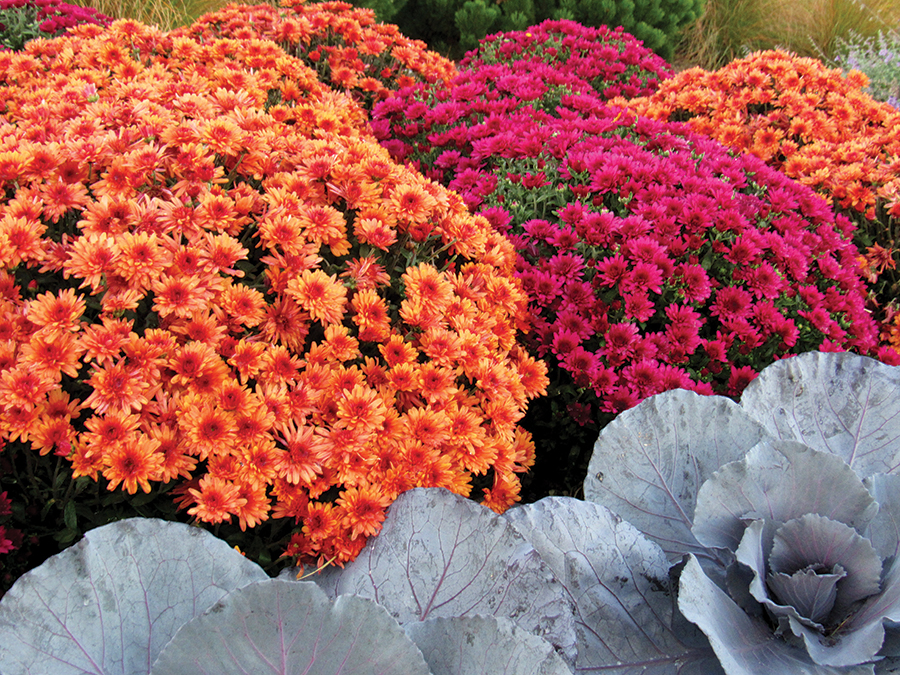 Want to breathe new life into your garden? How about an outright redesign? On Saturday, October 16, from 10 a.m. until 4 p.m., The Greensboro Council of Garden Clubs will deliver some fresh inspiration at its Garden Designs and Plants for 2021 symposium. Featured speakers include landscape designer Lee Rogers (“Landscape Design Concepts and Principles”), Reynolda Gardens’ director Jon Roethling (“A Vision for Reynolda Gardens”) and Christina Larson of Guilford Garden Center (“Native Plants for Birds”). Bring your garden design questions to the experts and, with a little luck, vision and time, your future garden will thank you. Tickets: $20. Greensboro Science Center, 4301 Lawndale Drive, Greensboro. Info:  www.thegreensborocouncilofgardenclubs.com. 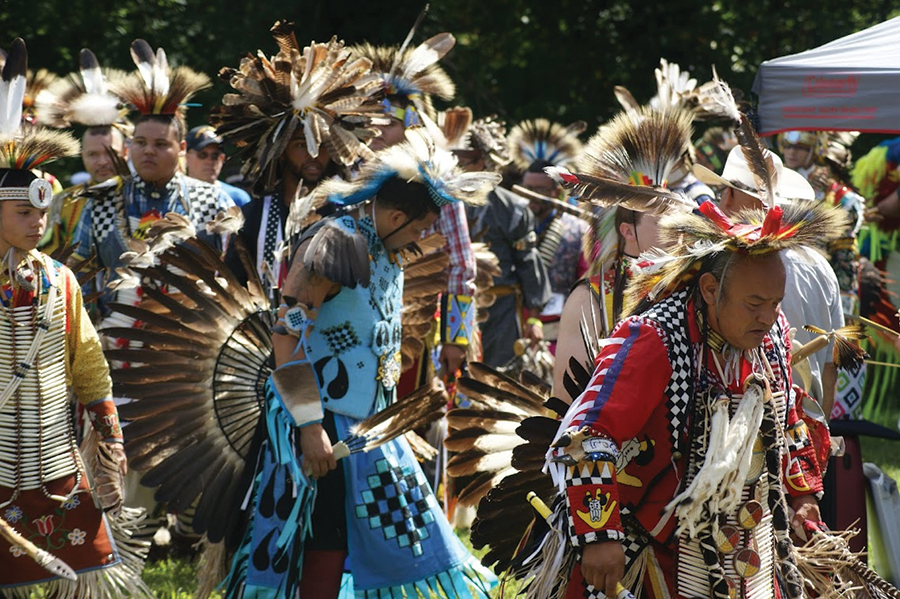 Close your eyes . . . listen. Can you feel that? How the beat of the drum has somehow become a part of you? The Guilford Native American Association hosts its 44th annual Pow Wow on Friday, September 17, through Sunday, September 19, at Greensboro Country Park. Historically, pow wows were ceremonial gatherings centered around drumming, dancing, chanting, food and healing rituals. This pow wow will feel a bit more like a festival, yet all will be invited to experience the Native American traditions that have been practiced, honored and nurtured for thousands of years. “Many Nations . . . Building Community” includes spirited dance and drum competitions, colorful regalia, arts and crafts, plus traditional Native American food (like fry bread, for example). Host drum Ottertrail (an intertribal southern style powwow singing group) will set the jubilant tone and J.D. Moore (Waccamaw/Siouan) will emcee. It’s pow wow time in the city, folks. Admission: $7. Weekend pass: $18. Free for children 6 and under; discounts for seniors and children 12 and under). Complete schedule: guilfordnative.com.

A comedian walks into a bar. And a brewery. And The Idiot Box Comedy Club. No, really. The 2021 NC Comedy Festival will tip the funny scale in Greensboro this month when, from September 3–12, literally hundreds of comics will roll up their sleeves and hit us with their best medicine. (Is this thing on?) Sponsored by The Idiot Box Comedy Club, this year’s festival features headliners Laura Kightlinger (yep, Nurse Sheila from Will & Grace) and Brian Kiley (head monologue writer for Conan O’Brien). If you want to catch back-to-back shows opening weekend at the festival’s home base (The Idiot Box, duh), snag the Improv Sketch Pass. And for the complete list of comics and participating venues (including Next Door Beer Bar & Bottle Shop, CTG’s Starr Theatre and Little Brother Brewing) plus tickets,
visit nccomedyfestival.com. 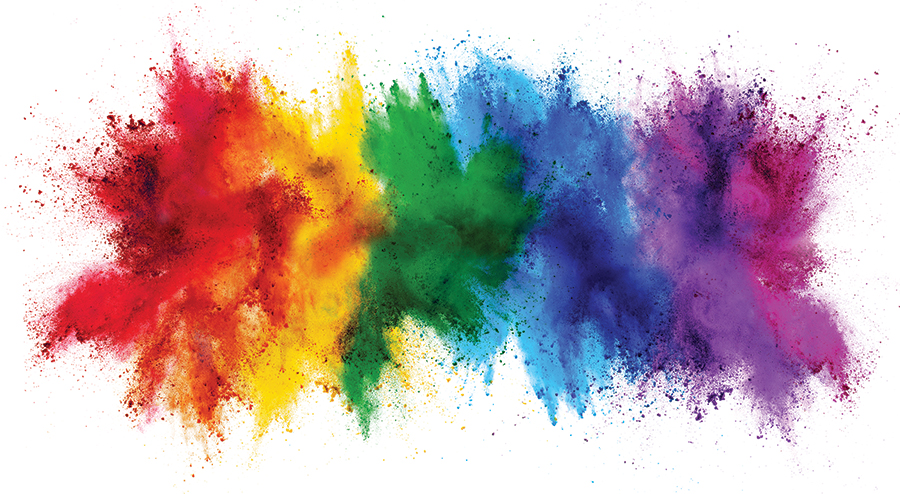 Ready to paint the town red? And yellow? Orange, green, blue and violet? When the Greensboro Pride Festival returns on Sunday, September 19, prepare to experience South Elm Street in its full, prismatic glory. Imagine a rainbow sea of vendors flanking the sidewalks (11 a.m. – 6 p.m.); live entertainment strutting and shimmying across the main stage (noon until 5 p.m.); and a palpable spirit of love, harmony and pride pulsing throughout downtown Greensboro. Presented by Alternative Resources of the Triad (ART), this family-friendly celebration is open to all in support of the LGBTQ community. Now crank up the Lady Gaga and put your most fabulous foot forward. Info: GreensboroPride.org. 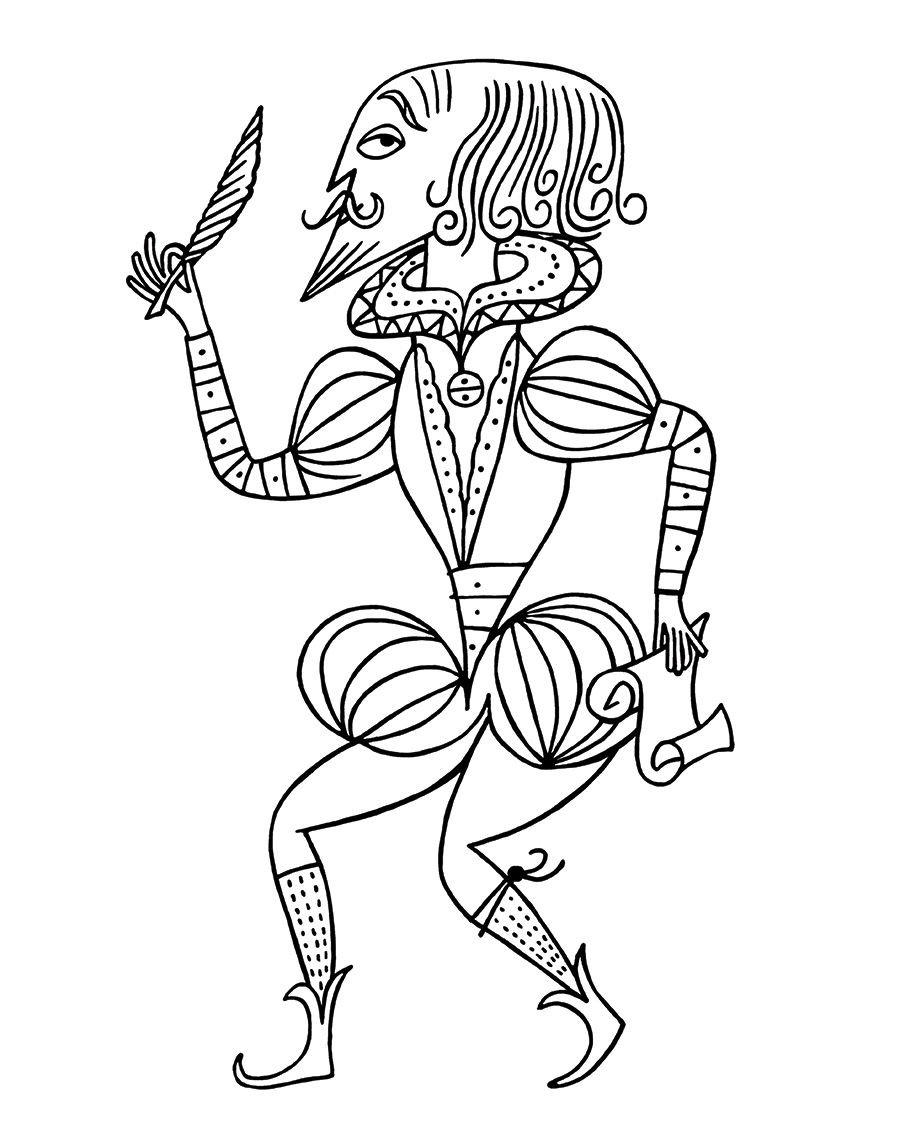 How do we like it? With singing and dancing, please. If you’re into iambic pentameter and magical
stories of transformation, don’t miss the UNCG Theatre perform a musical adaptation of William Shakespeare’s As You Like It. Adapted by Shaina Taub and Laurie Woolery, this dramatic comedy was named one of the best shows of 2017 by The New York Times. It’s full of surprises (like gender swapped rolls and folk-pop scores). And given that the tale is a celebration of community and acceptance, it couldn’t be timelier. Show times: September 24 and 25 (7:30 p.m.); September 26 (2 p.m.); September 29 through October 2 (7:30 p.m.) at Taylor Theatre (406 Tate Street, Greensboro). On-demand streaming: October 14–16. For tickets, call the UNCG Theatre Box Office at (336) 334-4392 or visit www.uncgtheatre.com.

If August reopened the door to live music in all its glam and glory, then we can only hope that September will blow the doors off and smash them into oblivion. Indeed, this month’s scheduled events signal the return of real touring acts on real stages in real venues. So long, Zoom — and good riddance.

• September 1, Ramkat (Winston-Salem): It is no coincidence that the term “Americana” was coined almost simultaneously as the artist Todd Snider burst upon the scene in the mid-’90s. In fact, one could make the case that the idiom was formed to describe the music that Snider and a handful of other not-country-not-rock-not-pop artists made. A songwriter in the John Prine/Jerry Jeff Walker vein, Snider is The Man.

• September 2, Tanger Center: When Rhiannon Giddens appeared at the N.C. Folk Festival year before last, a couple to my right came from Atlanta to see her and a couple to my left came from Kentucky. Both raved about how lucky we were that she was from Greensboro. Yep, we knew her when she was playing the Church of the Covenant and Lucky 32. And we agree that all the success and accolades that have come her way couldn’t have happened to a nicer and more deserving person.

• September 10 & 11, The Crown at The Carolina Theatre: I hate to use the phrase, “You had to be there,” but, well, you would’ve. Millennials have no clue about the local stir created in the ’90s by Bus Stop, Evan Olson and Athenaeum. The buzz started local and went international, and they still have fans overseas today. This one-time reunion deserves two nights, with Athenaeum frontmen Mark Kano and Mike Garrigan opening for Olson, Britt  “Snüzz“ ” Uzzell, Chuck Folds and Eddie Walker.

• September 18, Greensboro Coliseum: I have to admit I’m not too keen on contemporary country music. Give me some Merle, George, Conway and Reba any day of the week. But I also have to admit that Dan + Shay have forced me to reassess my negativity over Nashville yadda yadda. This über talented duo is nearing the top right now and will soon be up there with whatGs-his-name from The Voice.

• September 26, Haw River Ballroom: This lovely Saxapahaw venue may seem off the beaten path, which makes it the perfect spot for the legendary Ani DiFranco. Years ago she told the label vultures to stick it up their mercenary bee-hinds and charted her own course. And that course has made her a goddess with the largest and most loyal cult following imaginable. She takes no prisoners.