Parting is Such Sweet Sorrow

With one exception: Haydn’s “Farewell” Symphony! A musical joke so typical of the maestro, Symphony No. 45, as it’s also known, was composed as a plea among the musicians in the retinue of Niklaus 1, the Hungarian Prince of Esterházy, to end their unusually long stay at his summer palace and return home to their wives. Greensboro Symphony Orchestra will perform the piece on February 20 and 22 at 8 p.m. at Dana Auditorium (5800 W. Friendly Avenue). Before saying good-bye, they’ll entrance you with Puccini’s Capriccio Sinfonico for orchestra and Castelnuovo-Tedesco’s Guitar concerto, with guest Artyom Dervoed strumming guitar. Tickets: (336) 335-5456 ext. 224 or greensborosymphony.org.

Which is not to imply the lack of substance of a lecture/workshop at Paul J. Ciener Botantical Garden (215 South Main Street, Kernersville). On February 20 at 10 a.m., Nicolas Askew will present “From Farm to Charm,” a discussion of his life on he family farm and the business of harvesting and storing cotton and creating cotton wreaths. In addition to learning how to use one, and you’ll take home with you an 18-inch wreath, which you can use year round. Cost for the workshop is $80 per person. Space is limited. To register: (336) 996-7888 or cienerbotanicalgarden.org. 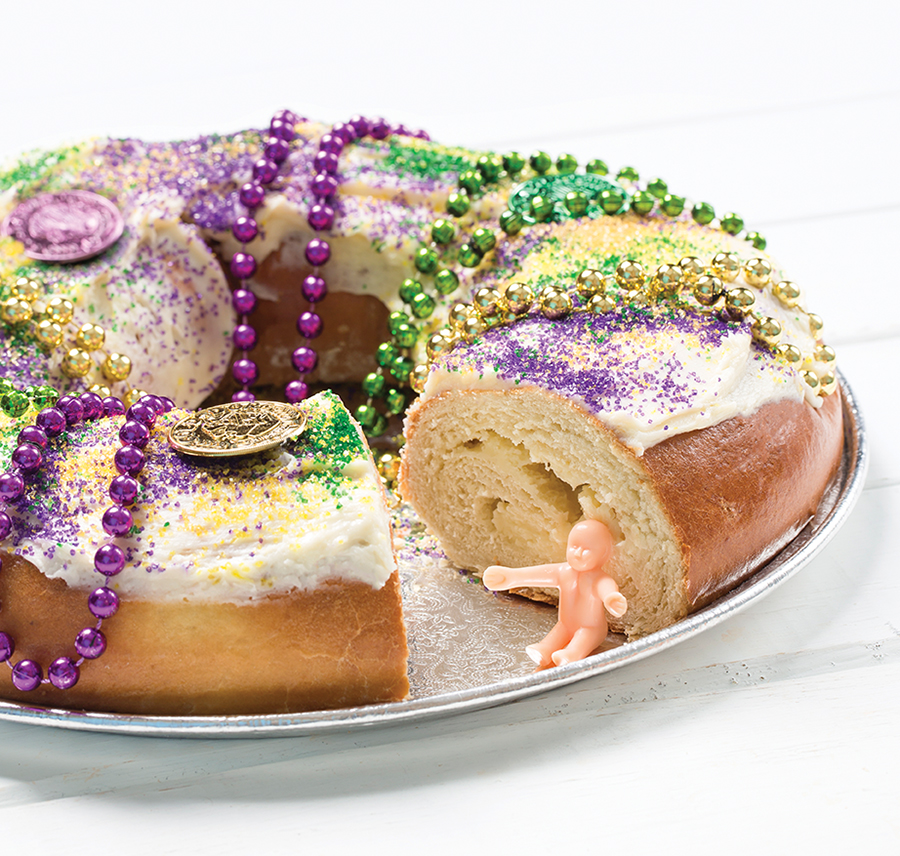 What’s it gonna be? Étouffé and a filet gumbo? Beignets? King cake? Find out at 6 p.m. by signing up for “Welcome to New Orleans,” at Reto’s Kitchen, (600 South Elam Avenue). The class takes you on a tour of NOLA cuisine as a nod to Fat Tuesday, but what we’ll call Thick Thursday, February 27— before you relinquish any culinary indulgences for Lent. For now: Don a mask, and some purple-green-and-gold Mardi Gras beads, and laissez les bons temps rouler! Tickets: ticketmetriad.com.

With a Song In Your Heart

And on the lips of a tuxedoed quartet of gents from the Greensboro Tarheel Chorus! Time’s a-wastin’, but if you hurry, you might have a chance to send that special someone a singing Valentine on February 12, 13 or 14, courtesy of a genuine barbershop quartet, belting out classics, such as “Let Me Call You Sweetheart,” in four-part harmony. Music, after all, is the food of love. To schedule, go to greensborobarbershop.com.

Weatherspoon’s got game this month with the opening of To the Hoop: Basketball and Contemporary Art (February 1–June 7). This intersection of art and sport explores themes ripe for visual interpretation: urban versus rural settings, fashion and merchandising, race, gender, economics — not to mention the balletic grace of athletes. But then, we’ve always known Michael Jordan was poetry in motion. Info: weatherspoonart.org. 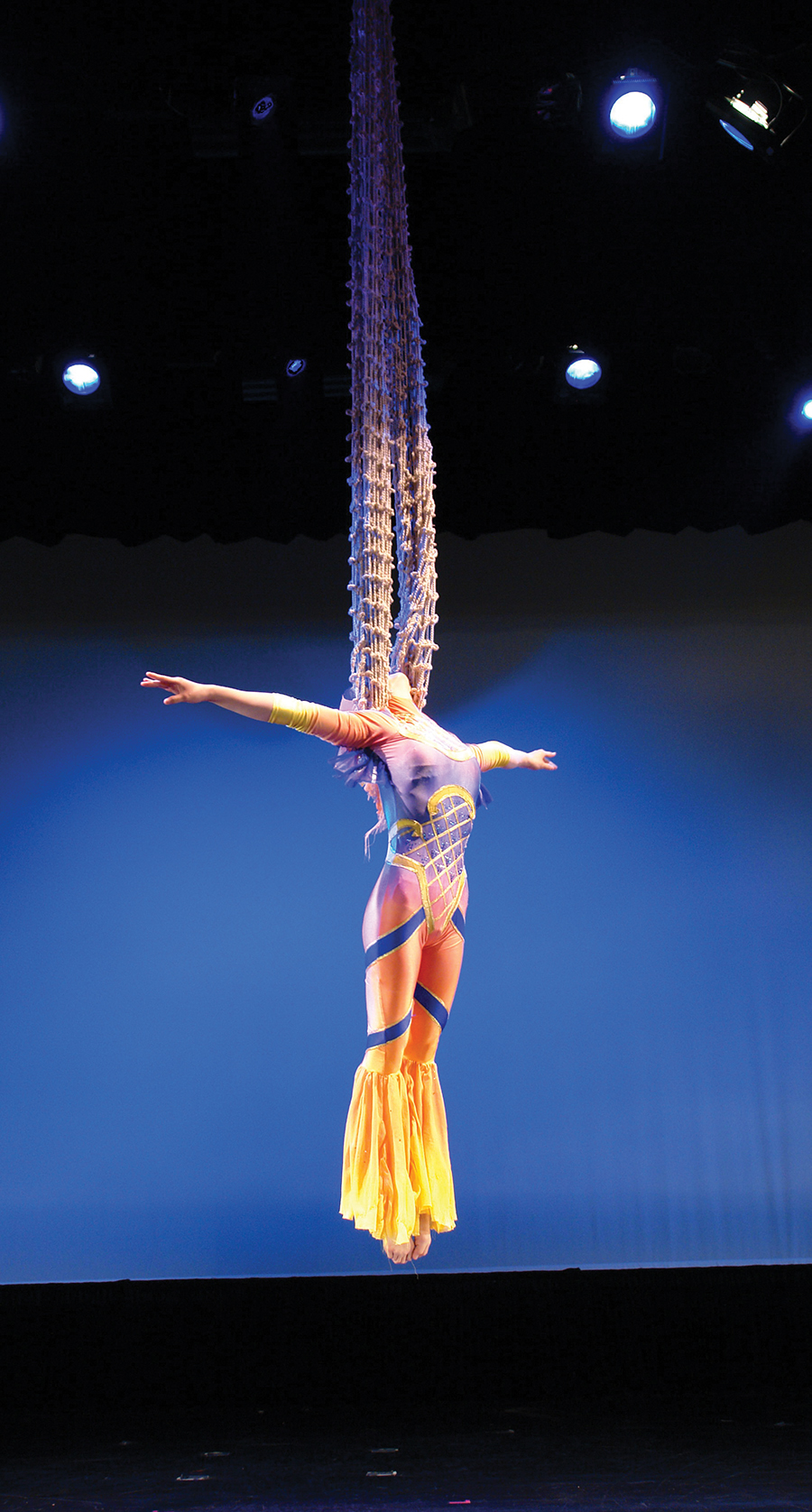 That would be the acrobats, flying through the air with the greatest of ease, twirling aerialists that make your head spin and the pretzel-like twists of contortionists performing in Cirque Diabolo. With added panache of colorful costumes, music sound and light effects, the spectacle, which comes to Carolina Theatre (310 South Greene Street on February 13 at 7:30 p.m., is sure to enthrall. Tickets: (336) 333-2605 or carolinatheatre.com.

One of the world’s greatest love stories is Americans’ passion and devotion to their cars. Express your, uh, auto erotica by admiring the souped-up, tricked out, fancified wheels on display at the Shriners’ Drag Racing & Hot Rod Expo on February 14 and 15, (5:30 p.m. and 9 a.m., respectively) at Greensboro Coliseum’s Special Event Center (1921 West Gate City Boulevard). Admission is available at the door.
Info: greensborocoliseum.com.

Don your black tie — or not — and bet big on a guaranteed winner: the arts. From 7 to 10 p.m. on February 8, High Point Arts Council is bringing back its fundraiser, Casino d’Arts 2020 at High Point Country Club Emerywood (800 Country Club Drive), featuring casino games, heavy hors d’oeuvre, a cash bar and entertainment. Cash in your chips at the end of the evening for the chance to win a door prize, or bid in a silent auction on furniture, jewelry, vacation trips and more. Aces! To reserve: (336) 889-2787
or highpointarts.org.

Well, now that I’ve broken all those well-intentioned New Year’s resolutions, it’s time to make a new list of more reasonable, doable ones. Ergo, be it resolved that I, Ogi Overman, will attend live music shows and support live music in general more than ever before. Hey, I can do that even though I’m still overweight, haven’t finished my book, haven’t landscaped the backyard, and will never learn to play the accordion.

• February 9, Durham Performing Arts Center: In this month’s installment of “Hurry Up, Tanger!” I present to you the one and only Tony Bennett at DPAC.  Mercifully, in a few months we can eliminate those jaunts down I-40 East to see top-level talent. Of course, I’d travel farther than that to see the greatest living crooner.

• February 11, Cone Denim Entertainment Center: Although there have been a couple dozen Wailers since Bob Marley’s death in 1981, the continuity remains intact with guitarist Donald Kinsey, who performed with Marley and Peter Tosh, as well as such notables as Albert King. They still claim the biggest-selling reggae album of all time and continue to be the most popular international touring act of the genre.

• February 20, Ramkat: As anyone who saw him at the recent N.C. Folk Festival will attest, Booker T. Jones easily lives up to his Grammy Award for Lifetime Achievement. Yes, he plays all the hits — “Green Onions,” “Time Is Tight” and the rest — but his show is a litany of all the hits on which he has played along with fellow legends with whom he has collaborated. And with apologies to Steve Cropper, son Ted Jones is a bona fide monster.

• February 21, Upstage Cabaret: While he is not as well-known as Jerry Douglas or the late Mike Auldridge, it is Dobroist (yes, it’s capitalized) Rob Ickes who is the most awarded instrumentalist in the history of the International Bluegrass Music Association. His current touring and recording partner, Trey Hensley, has a voice made for bluegrass. The duo was nominated for a Grammy in 2016. BTW, the venue is the third floor of Triad Stage.

• February 23, Carolina Theatre: OK, after two rescheduled shows, this is the last time I’ll send folks to see Gordon Lightfoot. Still, if you could read my mind, you’d know I’ll be there by sundown. Again.