A night to remember with Tim and Danny Carter 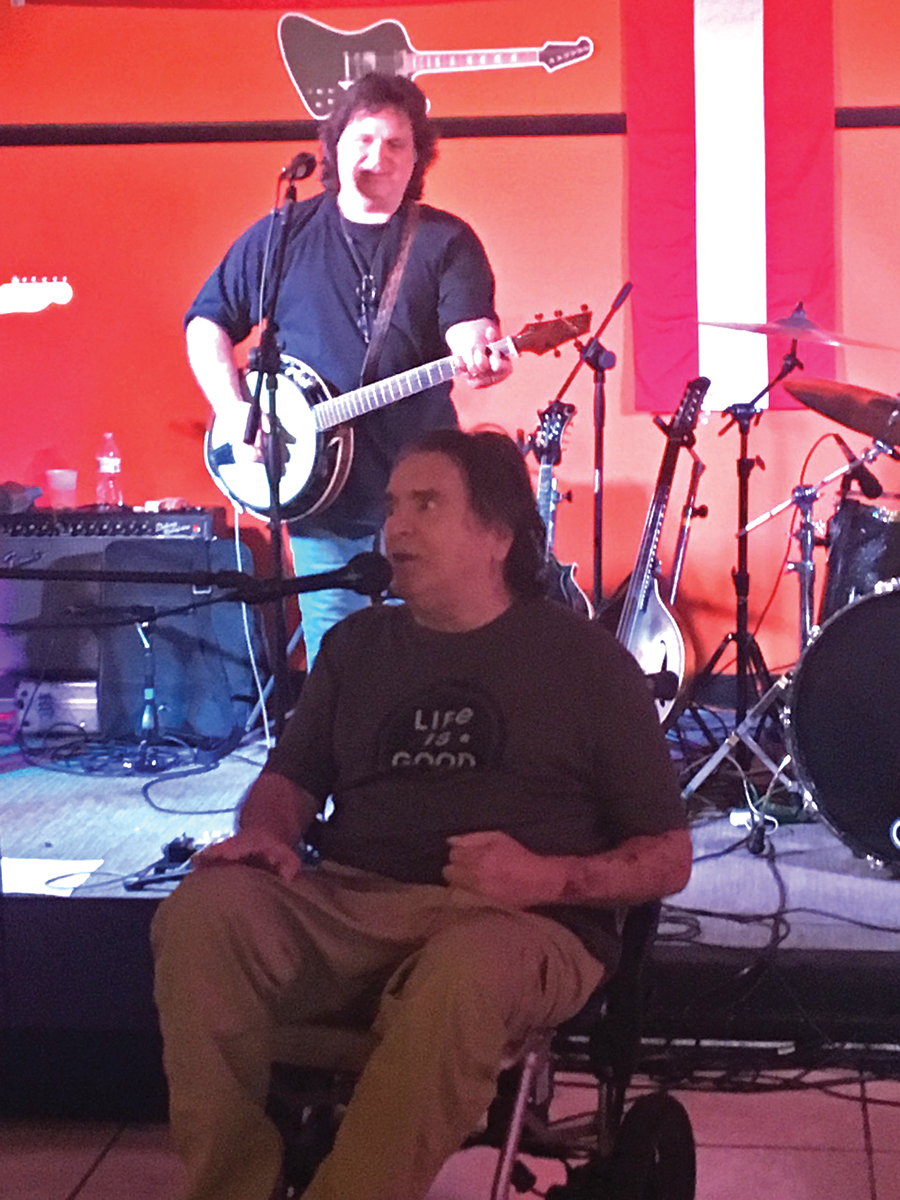 When Danny Carter was wheeled into Springers bar off Randleman Road, the SRO crowd posed for selfies with him and treated him like the prodigal son. While grown men fought back tears, some women didn’t even try.

Most of the attendees had grown up with the music of Danny and brother Tim, aka the Carter Brothers, but had not seen Danny in the five years since he was diagnosed with hydrocephalus, a brain disorder that can lead to delirium and death. A procedure helped, but then Danny suffered a stroke, which robbed him of his ability to walk. And play guitar. (But not to sing.)

Since then Tim had been taking care of Danny and their mother, Hazel, for whom they’d built a cabin adjoining their home and recording studio in Ridgetop, TN. She passed away last December, and shortly afterward Danny told Tim that he’d like to move back home to High Point.

After a seemingly endless array of long-term care issues, Tim finally found a facility in High Point that seemed well suited for his brother’s needs.

At last Danny had found a home, was being visited regularly by a host of old friends and was progressing well with his therapy. Then, with no warning, Tim was told that unless he came up with $15,000, they would have to find a nursing home for Danny.

“I had to come up with the money almost overnight,” says Tim. “We’ve about recouped it now, but it’s hard to know what his long-term needs might be.” But the real bonus? “He needed to know how many friends he’s got and how much they care for him. He just needed to see them.”

Finally, it was time for the Tim Carter Band to hit the stage. With one extra member. A mic was set up in front of the stage and Danny took his place behind it. And, yes, he remembered every lyric and hit every note.

This time, grown men didn’t even try to hide their tears.  OH