Frog Legs with a Side of Simple Charm

Epicurean delights in — where? — Wallburg

When you think of North Carolina culinary pilgrimages, you might envision Vivian Howard’s Chef & the Farmer in Kinston or The Fearrington House Restaurant in Pittsboro.

But tucked inside a sunny Doris Day yellow, two-story building smack in between the post office and a mulch outpost in downtown Wallburg — yes, that blip in the road between Winston-Salem and Thomasville — there’s an unexpected epicurean gem.

Welcome to the Wallburg Diner, folks.

Although the kicky blue shutters give it some flair, the diner isn’t much to look at. Inside, décor leans heavily on bolted-down booths with Cracker Barrel-styled vintage signage. Think retro Mountain Dew ads on the walls, paper towel rolls on the tables.

Where, you ask, are we going with this? Straight to the menu. And in particular: the chef’s ever-changing specials, which you’ll find scribbled across the Dry Erase wall opposite the diner’s open kitchen.

The diner’s everyday laminated menu features the usual suspects (cheese omelets and burgers), but peruse the aforementioned “Specials” board — complete with bright pink flourishes — for the unexpected.

Crispy fried frog legs, for example, which we sampled on a recent Thursday evening. 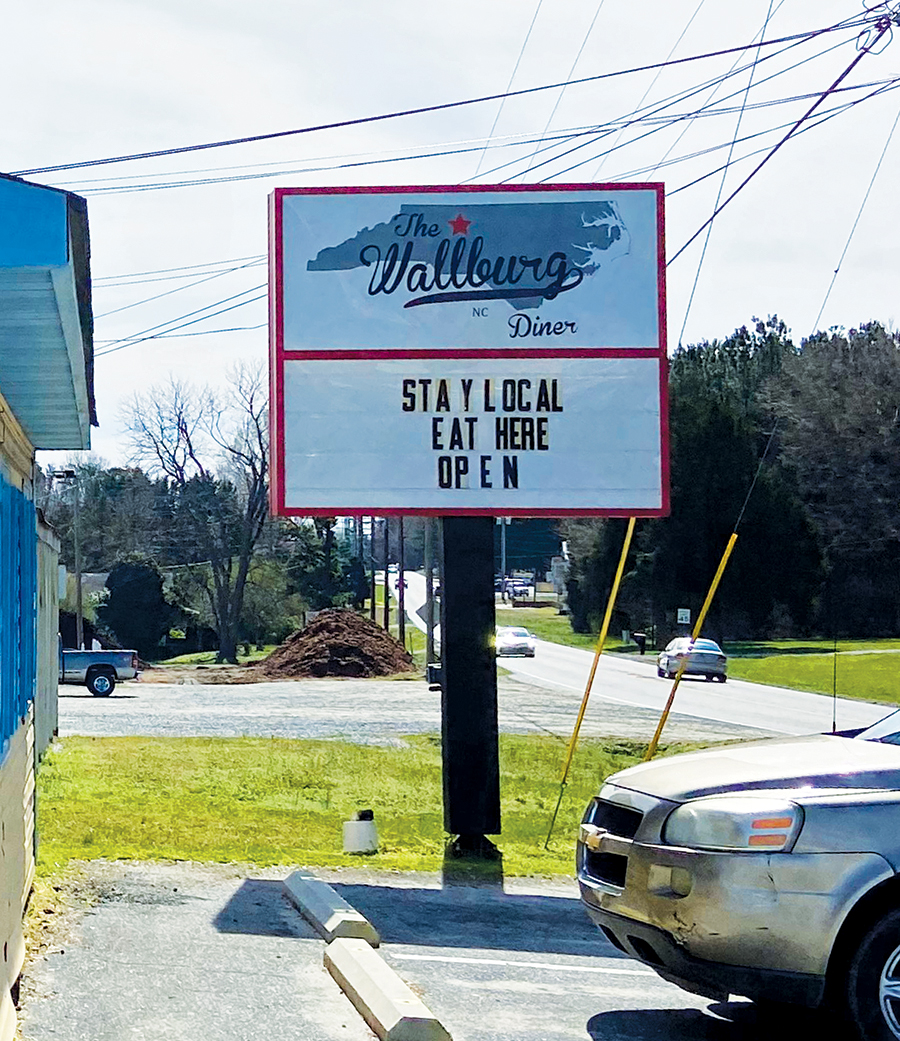 “We sold out fast,” our charming server, Wendy, told us.

Don’t expect foie gras. But if hearty fare such as the cajun shrimp po boy with tangy homemade remoulade and kicked-up slaw piques your fancy, you’re at the right place.

Dive into the brisket sub served au jus with a horseradish mayo and crispy onions or the loaded-up chicken-and-sausage gumbo paired with a soul-satisfying grilled cheese — just $7.95. And that includes your drink of choice!

Or the buttermilk fried chicken and “sugar-glazed Belgian waffle” topped with a chipotle maple syrup.

And don’t pass up on the sides, such as the fried green tomatoes, as you side-glance the crowd that ranges from contractor types to families and gents in Barbour vests with artsy glasses.

“I grew up in Wallburg and worked at a local restaurant all through high school,” says Hartley. “My grandfather was a chef, and I think that that really inspired me.”

Hartley caught the epicurean bug and eventually moved to Charleston, where he received a culinary degree from Johnson & Wales. After cooking high-end Lowcountry fare around the Holy City for several years, the Triad tempted him back, and Hartley served as the executive chef at Thomasville’s Colonial Country Club for twelve years. 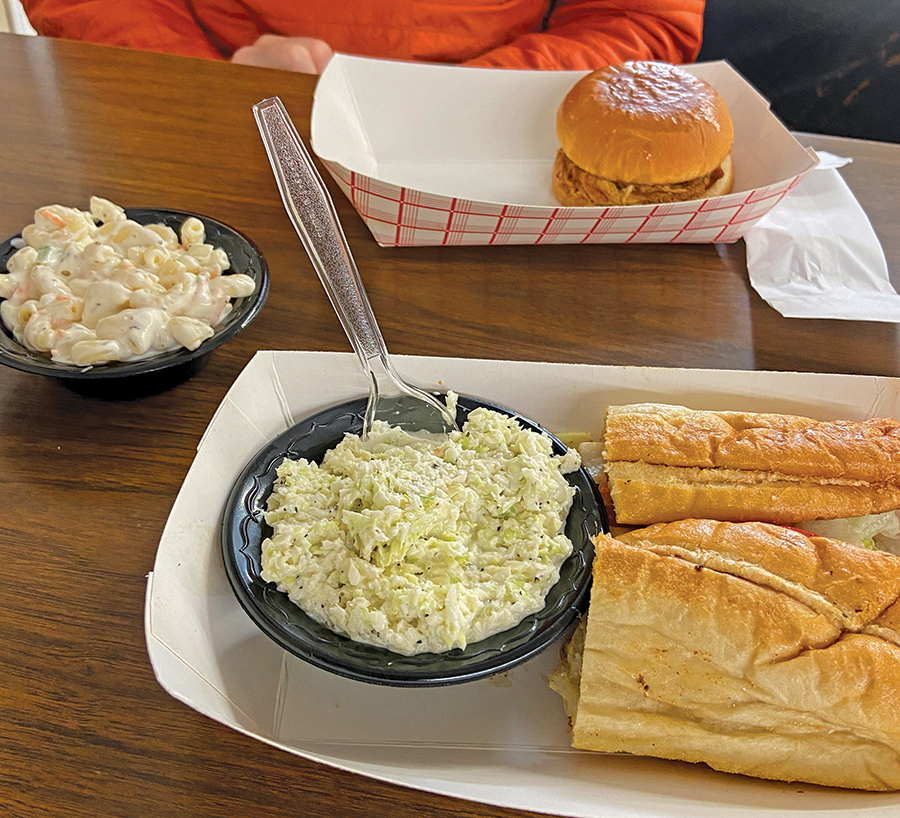 “I swore that I was retiring from food service,” says Hartley, “and then, in 2016, I somehow ended up buying the Wallburg Diner. And here we are. I wanted to keep the diner’s vibe but kick it up a notch. I tried to liven up the menu so that it wasn’t just country-fried steak and the like.”

So, we ask, are there any other unexpected delights we ought to know about?

“Folks love our chicken gizzards,” notes Hartley. “We boil them with white wine, celery, garlic and bay leaves to soften them up and then soak them in buttermilk, dredge them and fry them up. Perfection.”

Perhaps beer and wine, says Hartley — but who knows?

“I look up to superstar chef Sean Brock of Husk fame. He is such a renegade and really has the gumption to do anything. Still, I am not trying to blow anyone’s mind.” His aim, he says modestly, is “to create cooking that is simple enough so that it’s understandable.” Smiling himself, he says, “I just want our guests to walk away with a big smile.”  OH