The literary history of Greensboro, is well-documented — the very name of this magazine embraces our most noted literary criminal: William Sydney Porter. But it’s much more than the twisty short stories of O.Henry that inform Gate City literature. From the poet and critic Randall
Jarrell (buried in the New Garden Friends Cemetery) to fiction writer Peter Taylor (Library of America just published a two-volume collection of his work), not to mention the vibrant M.F.A. program at UNCG, which has brought us writers Kelly Link (Pulitzer Prize finalist Get in Trouble) and Nina Riggs (The Bright Hour) along with faculty writers Fred Chappell, Michael Parker, Holly Goddard Jones and many others. The danger of starting to name writers is overlooking those who are equally deserving of attention: Linda Beatrice Brown, Drew Perry, Lee Zacharias, M. Dressler, Jim Dodson and, of course, that rhinoceros of science fiction Orson Scott Card. And on it goes.

In these very pages, novelist and former News & Record columnist Bill Morris observed in July 2013 that Greensboro is one of those “rarest of American places: a town where, it seems, there are as many people writing serious books as there are people reading them. Five years later Morris’s observation is outdated. The inaugural Greensboro Bound Literary Festival (May 18–20, 2018) will prove that the ratio of readers to writers has shifted into a healthier balance. Greensboro Bound expects 10,000 serious book lovers to attend readings, panels and conversations with 70 serious writers.
Why will the readers surge into downtown Greensboro in late May? Because the lineup of writers Greensboro Bound has gathered is thrilling. Cultural icons, award-winners, long-loved established novelists and newly discovered rising stars will meet for the weekend the Greensboro literary community has long deserved.

Planning for this event began in earnest in January of 2017 in the crowded back room of Scuppernong Books as 45 people volunteered their time and energy to an idea first planted in our minds by the irrepressible veteran of the Miami Book Fair and new-Triad resident Steve Colyer. He saw, as newcomers often do, what was missing in Greensboro, and brought the energy, determination and suspenders necessary to foster the growth of a book festival.

Colyer is quick to point out that Greensboro Bound has used the expertise of existing festivals to steer ours away from pitfalls. Organizers and founders of the Miami Book Fair, Decatur Book Festival, Virginia Children’s Book Festival, and Winston-Salem’s hugely successful Bookmarks have all provided invaluable guidance.

But what you really want to know is: Who are the writers attending this year’s Festival?! While we’ll release the full lineup in April, we can let O.Henry readers in on 20 of the 70 writers (along with their new books the festival will be promoting). The schedule of times is still subject to change. Here goes:

Nikki Giovanni: poet, icon, activist. A Good Cry and I Am Loved.

Kevin Powers: novelist and 2012 National Book Award finalist for The Yellow Birds. A Shout in the Ruins will publish in May of 2018.

Carmen Maria Machado: 2017 National Book Award finalist for Her Body and Other Parties.

Joan Nathan: author of 11 cookbooks including King Solomon’s Table: a Culinary Exploration of Jewish Cooking from Around the World.

John Duberstein and Lucy Kalanithi: the widowed spouses of the authors of the two great cancer memoirs of the last few years: The Bright Hour and When Breath Becomes Air.

Jared Yates Sexton: Greensboro and the Trump campaign intersect in The People Are Going to Rise Like Waters Upon Your Shore.

And that’s just the tip of the writer’s pencil. Expect more surprises and extraordinary panels on a wide array of literary and social concerns. Watch O.Henry magazine for updates and excerpts from festival writers.  OH 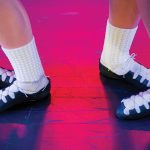 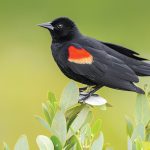