The mighty groundhog heralds the season of rebirth

Letís, for once, truly celebrate the groundhog. On February 2, or thereabouts, Persephone (probably no accident that the sonically similar town of Punxsutawney is the home of the modern rodent stand-in for Persephone) returned from the dead to grant the Greeks another spring. Now it’s up to Phil and his shadow. How many books would a woodchuck read if a woodchuck could read books? Probably quite a lot: Groundhogs are solitary, stick close to home, like to nap in the sun and I imagine hibernation is excellent for reading. One might even finish Finnegan’s Wake.

February 6: North on the Wing: Travels with the Songbird Migration of Spring, by Bruce Beehler (Smithsonian Books, $24.95). It turns out that birds may be better harbingers than groundhogs. Beehler engages readers in the wonders of spring migration and serves as a call for the need to conserve, restore and expand bird habitats to preserve them for future generations of both birds and humans.

February 6: The Strange Order of Things: Life, Feeling, and the Making of Cultures, by Antonio Damasio (Pantheon, $28.95). One of our pre-eminent neuroscientists offers a landmark reflection that spans the biological and social sciences, offering a new way of understanding the origins of life, feeling and culture. We are not separate from the Greeks or from our one-cell origins.

February 6: The Kings of Big Spring: God, Oil, and One Family’s Search for the American Dream, by Bryan Mealer (Flatiron Books, $27.99). A masterwork of memoir and narrative history, The Kings of Big Spring is an indelible portrait of fortune and ruin as big as Texas itself. And in telling the story of four generations of his family, Mealer also tells the story of how America came to be.

February 13: The Triumph of Christianity: How a Forbidden Religion Swept the World, by Bart Ehrman (Simon & Schuster, $28). Ehrman is a professor of religious studies at UNC, and a leading authority on the New Testament and the history of early Christianity. The American religious historian Elaine Pagels calls it “a vivid, nuanced, and enormously readable narrative.” Groundhog’s Day is one of the few important holidays not absorbed into the Christian calendar.

February 20: The Future of Humanity: Terraforming Mars, Interstellar Travel, Immortality, and Our Destiny Beyond Earth, by Michio Kaku (Doubleday, $29.95). Whether in the near future due to climate change and the depletion of finite resources, or in the distant future due to catastrophic cosmological events, we must face the reality that humans will one day need to leave planet Earth to survive as a species. World-renowned physicist and futurist Michio Kaku explores in rich, intimate detail the process by which humanity may gradually move away from the planet and develop a sustainable civilization in outer space. Will there be groundhogs on Mars?

February 27: Enlightenment Now: The Case for Reason, Science, Humanism, and Progress, by Steven Pinker (Viking, $35). Is the world really falling apart? Is the ideal of progress obsolete? In this elegant assessment of the human condition in the third millennium, cognitive scientist and public intellectual Steven Pinker urges us to step back from the gory headlines and prophecies of doom. Bill Gates calls it “the most inspiring book I’ve ever read.” The groundhog has seen its shadow!

February 27: The Hush, by John Hart (Thomas Dunne Books, $27.99). OK, I can’t conjure a groundhog connection, but the Edgar Award–winning Hart’s latest book has been getting lavish praise: “The Hush is too captivating, too thrilling and simply an amazing feat of storytelling. I started reading at 4 and finished by 9. I marvel at John’s talents.” — Sally Brewster, Park Road Books (Charlotte). John Hart will appear at Barnes & Noble on February 27 and at Scuppernong Books on February 28.

And don’t forget that these important books from 2017 re-emerge in paperback this month. In a way, these titles come back from the dead as the publicity engine reignites enthusiasm for the buried hardcovers: 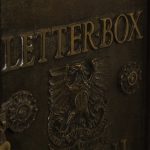 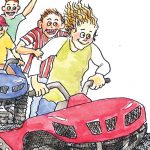