For new books, look no farther than our own backyard

We are all local occasions of the universe, or so the poet Charles Olson once insisted. Charles did a lot of insisting, and in this instance, his insight is inspiring. Greensboro is its own center of the writing universe and the recent spate of new releases by writers inhabiting our environs continues unabated. After September’s back-to-back releases of The Salt Line by UNCG’s Holly Goddard Jones and Guilford College’s Mylène Dressler’s The Last to See Me, we have books from Stuart Dischell, Michael Parker, Mike Gaspeny, and Lea Williams just released or coming this month. Of course, there are many others (who I will hear from!), so keep your eyes turned to the local streets for literature to believe in.

November 1: We Who Believe in Freedom: The Life & Times of Ella Baker, by Lea E. Williams (North Carolina Division of Archives & History, $17). Ella Baker, who grew up in Littleton, North Carolina, is best remembered for the role she played in facilitating the organizational meeting of the Student Nonviolent Coordinating Committee in April 1960 at Shaw University, her alma mater. With passion and clear understanding, Lea E. Williams outlines the life that brought Baker to this crucial point in U.S. history.

November 3: Re-Write Men, by Michael Gaspeny (Finishing Line Press, $14.99). Gaspeny’s singular voice is a reason to get out of the house and go to the poetry reading. A mix of humor, wry observation and a moving continued belief in the necessity of human connection, his voice wavers over Greensboro in a gravely cackle behind a falling tear for the times we live in.

November 14: Everything, Then and Since, by Michael Parker (Bull City Press, $13.95). If there’s a more perfectly crafted short short story than UNCG professor Michael Parker’s “Widow’s Walk,” then I haven’t read it. This collection of stories equally highlights the work of Durham’s great Bull City Press. Check them both out at Scuppernong Books on November 14 at 7 p.m..

November 7: How to Cook Everything Vegetarian: Completely Revised Tenth Anniversary Edition, by Mark Bittman (Houghton Mifflin, $35). Ten years ago, this breakthrough cookbook made vegetarian cooking accessible to everyone. Today, the issues surrounding a plant-based diet — health, sustainability and ethics — continue to resonate with more and more Americans, whether or not they’re fully vegetarian. This new edition has been completely reviewed and revised to stay relevant to today’s cooks: New recipes include more vegan options and a brand-new chapter on smoothies, teas and more.

November 14: Bunk: The Rise of Hoaxes, Humbug, Plagiarists, Phonies, Post-Facts, and Fake News, by Kevin Young (Gray Wolf Press, $30). Award-winning poet and critic Kevin Young takes us on a tour through a rogue’s gallery of hoaxers, plagiarists, forgers, and fakers — from the humbug of P.T. Barnum and Edgar Allan Poe to the unrepentant bunk of JT LeRoy and Donald J. Trump. Bunk traces the history of the hoax as a peculiarly American phenomenon. 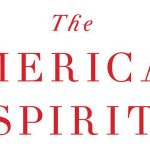 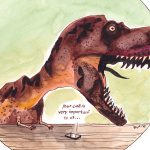