August in North Carolina is a confusing time. One wants the outdoors, the promise of a summer lived in the splendor of sun and breeze. But one step into the draining weight of swampy humidity drives us back into the confines of artificial comfort. This month’s highlighting of new releases tries to offer books that understand this split, longing for inside and out.

August 1: A Woman’s Place Is at the Top: A Biography of Annie Smith Peck, Queen of the Climbers, by Hannah Kimberley (St. Martin’s, $26.99). Annie Smith Peck is one of the most accomplished women of the 20th century that you have never heard of. Peck was a scholar, educator, writer, lecturer, mountain climber, suffragist and political activist. She was a feminist and an independent thinker who refused to let gender stereotypes stand in her way. Peck gained fame in 1895 when she first climbed the Matterhorn at the age of 45 — not for her daring alpine feat, but because she climbed wearing pants.

August 1: Bitch Doctrine: Essays for Dissenting Adults, by Laurie Penny (Bloomsbury, $18.99). Smart and provocative, witty and uncompromising, this collection of Laurie Penny’s celebrated essays establishes her as one of the most important and vibrant political voices of our time. Bitch Doctrine takes an unflinching look at the definitive issues of our age, from the shock of Donald Trump’s election and the victories of the far right to online harassment and the transgender rights movement.

August 8: The Great Quake: How the Biggest Earthquake in North America Changed Our Understanding of the Planet, by Henry Fountain (Crown, $28). At 5:36 p.m. on March 27, 1964, a magnitude 9.2 earthquake — the second most powerful in world history — struck the young state of Alaska. The violent shaking, followed by massive tsunamis, devastated the southern half of the state and killed more than 130 people. A day later, George Plafker, a geologist with the U.S. Geological Survey, arrived to investigate. His fascinating scientific detective work in the months that followed helped confirm the then-controversial theory of plate tectonics.

August 8: The Locals, by Jonathan Dee (Random House, $28). Here are the dramas of 21st-century America — rising inequality, working class decline, a new authoritarianism — played out in the classic setting of some of our greatest novels: the small town. The Locals is that rare work of fiction capable of capturing a fraught American moment in real time.

August 15: Bravetart: Iconic American Desserts, by Stella Parks (Norton, $35). From an award-winning pastry chef and a James Beard Award–nominated writer for Serious Eats, foolproof recipes and a fresh take on the history of American desserts, from chocolate chip cookies to toaster pastries.

August 22: Young Jane Young, by Gabrielle Zevin (Algonquin Books, $26.95). Chapel Hill’s Algonquin Books brings us Zevin’s much-anticipated follow-up to The Storied Life of A. J. Fikry. Young Jane Young is a smart, funny and moving novel about what it means to be a woman of any age, and captures not just the mood of our recent highly charged political season, but also the double standards alive and well in every aspect of life for women.

August 29: All the Dirty Parts, by Daniel Handler (Bloomsbury, $22). The author of the Lemony Snicket series brings us an unblinking take on teenage desire in a culture of unrelenting explicitness and shunted communication, where sex feels like love, but no one knows what love feels like. With short chapters in the style of Jenny Offill or Mary Robison, Daniel Handler gives us a tender, brutal, funny, intoxicating portrait of an age when the lens of sex tilts the world.

August 29: The Hidden Light of Northern Fires, by Daren Wang (Thomas Dunne, $26.99). Charles Frazier calls this debut novel “a distinctive clear-eyed perspective on a fresh corner of the Civil War. The characters are fully alive, wonderfully varied and the narrative voice is particularly lucid, in sharp contrast with the raving bloody madness of that dark moment in American history.”  OH 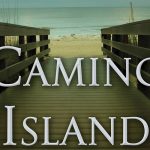 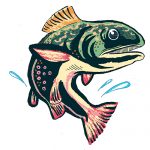