The highlights of this month’s newly released books include timely books on the potential fall of democracy and the lessons of the Russian Revolution. But don’t worry, it all ends with some North Carolina humor of the best kind.

May 2: You’re the Only One I Can Tell: Inside the Language of Women’s Friendships, by Deborah Tannen. (Ballantine Books. $27). New York Times bestselling author Deborah Tannen deconstructs the ways women friends talk and how those ways can bring friends closer or pull them apart. From casual chatting to intimate confiding, from talking about problems to telling what you had for dinner, Tannen uncovers the patterns of communication and miscommunication that affect friendships at different points in our lives. She shows how even the best of friends — with the best intentions — can say the wrong thing, and how words can repair the damage done by words.

May 2: Into the Water, by Paula Hawkins (Riverhead, $28). With the same propulsive writing and acute understanding of human instincts that captivated millions of readers around the world in her explosive debut thriller The Girl on the Train, Paula Hawkins delivers an urgent, twisting, deeply satisfying read that hinges on the deceptiveness of emotion and memory, as well as the devastating ways that the past can reach a long arm into the present. Beware a calm surface — you never know what lies beneath.

May 9: Sgt. Pepper’s Lonely Hearts Club Band: The Album, the Beatles, and the World in 1967, by Brian Southall (Imagine, $30). A carefully crafted and collectible volume celebrations the 50th anniversary of a legendary and groundbreaking Beatles album. The “A-side” of this coolly curated title is all about the Beatles, the music on the album, the recording process, how the disc was received at the time and how it has been acknowledged as one of the greatest albums ever recorded. The “B-side” looks at the state of the world in 1967, from the Summer of Love to antiwar protests to the launch of Rolling Stone magazine to Jimi Hendrix’s first U.K. tour as a solo artist.

May 9: The Range Bucket List: The Golf Adventure of a Lifetime, by James Dodson (Simon & Schuster, $27). A teenage boy’s wish list was just the beginning of a career that included several bestsellers, including the beloved Final Rounds, Arnold Palmer’s autobiography and a history of three of golf’s greats. The editor of this magazine reviews his Range Bucket List, proving that dreams have a way of coming true. (For more see “Simple Life,” page 17).

May 16: Since We Fell, by Dennis Lehane (Ecco Press, $27). Gillian Flynn says that “Lehane is the master of complex human characters thrust into suspenseful, page-turning situations.” Since We Fell is a novel of profound psychological insight and tension. It is Dennis Lehane at his very best.

May 23: Geek Girl Rising: Inside the Sisterhood Shaking Up Tech, by Heather Cabot and Samantha Walravens (St Martins, $26.99). Meet the women who aren’t asking permission from Silicon Valley to chase their dreams. They are going for it —building cutting-edge tech startups, investing in each other’s ventures, crushing male hacker stereotypes and rallying the next generation of women in tech.

May 23: Churchill and Orwell: The Fight for Freedom, by Thomas Ricks (Penguin, $28). By the late 1930s, democracy was discredited in many circles, and authoritarian rulers were everywhere in the ascent. There were some who decried the scourge of communism, but saw in Hitler and Mussolini “men we could do business with,” if not in fact saviors. And there were others who saw the Nazi and fascist threat as malign, but tended to view communism as the path to salvation. Churchill and Orwell, on the other hand, had the foresight to see clearly that the issue was human freedom — that whatever its coloration, a government that denied its people basic freedoms was a totalitarian menace and had to be resisted.

May 30: Theft by Finding: Diaries (1977–2002), by David Sedaris (Little Brown, $28). Written with a sharp eye and ear for the bizarre, the beautiful, and the uncomfortable, and with a generosity of spirit that even a misanthropic sense of humor can’t fully disguise, Theft By Finding proves that Sedaris is one of our great modern observers. It’s a potent reminder that there’s no such thing as a boring day-when you’re as perceptive and curious as Sedaris.  OH 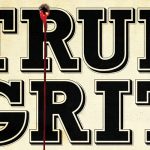 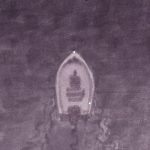