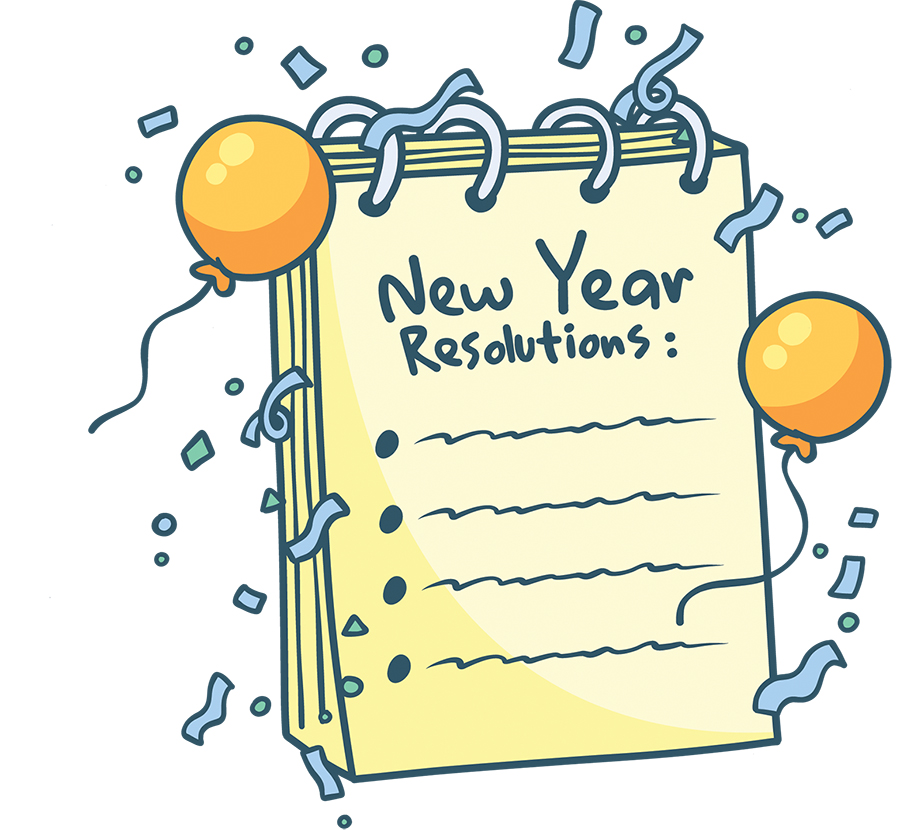 Prettier, thinner, smarter, tidier, wealthier — you-name-it-er — it’s what we resolve to be in ’23. Or not. We know you’ve got goals for the new year and we’re here to help. We took our editing pen to standard resolutions and improved them. You’re welcome.

Wake up an hour later. Get the sleep you need. Walk into work once you roll outta bed, head held high. Your boss should understand. Just make sure you’ve shaken last night’s cracker crumbs out of your hair first.

Create a Tinder account. Who cares how much money you have if you don’t have love? J.Lo ain’t lyin’ — “Love don’t cost a thing.”

Drink more cocktails. 2023 is the year of the party animal.

Spend less time with the extended family. Look around you. These people are the source of your gray hair and wrinkles, and likely the reason you’re in therapy.

Exercise more. Welp, we don’t need to edit this one. We only have to exercise once to achieve this goal and then we can put it away until 2024.

Read more tabloids. You wanna feel better about yourself? The trick is scoping out celebrities’ most embarrassing beach photos. Instant ego boost.

Organize your CD collection. You may have to rip apart your house first to find it — and your old Sony stereo/CD player. The ‛90s are back in a big way and we can’t think of a more productive use of time.

Spend less time worrying about what other people think. You do you.

There. We fixed it. 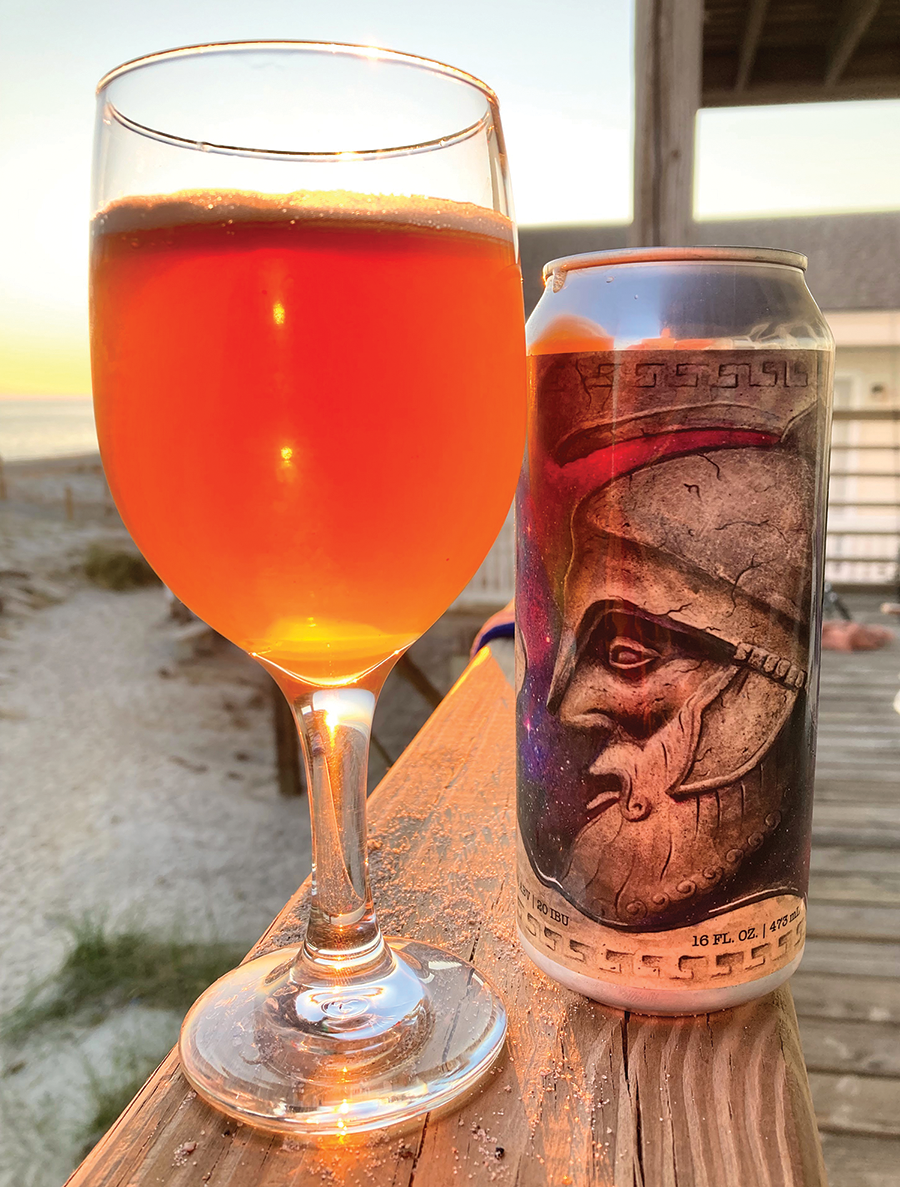 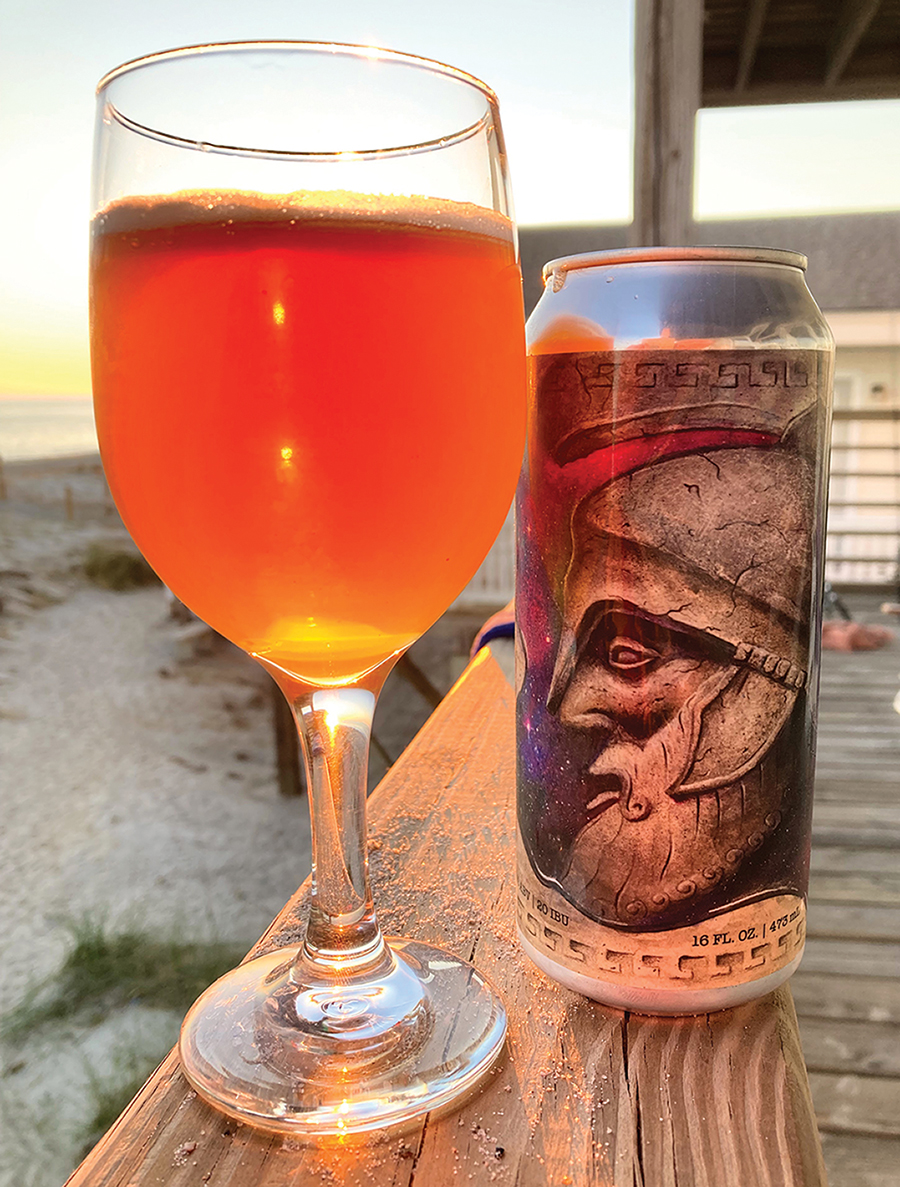 Though the greatest warrior to fight in the Trojan war, Hector did not have much to smile about in Homer’s Iliad. For starters, his brother, Paris, stole the most beautiful woman in the world, Helen, from her husband, Menelaus, and started the Trojan war. In no time, Menelaus, along with his big bro, king of men Agamemnon, wily Odysseus and swift-footed Achilles came to Troy to reclaim Helen and Greek honor. Ten years, six months and twelve days later, 676,000 Trojans, by some accounts, had been killed. Hector was one of them, slain by Achilles, who ripped off the warrior’s armor and dragged his naked body behind his chariot around the walls of Troy three times, all while Hector’s father, Priam, and Hector’s wife, Andromache, watched. Achilles then took the body back to his tent so other Achaeans could amuse themselves by mutilating his corpse. Ultimately Priam sneaked into the Greek camp disguised as a beggar and pleaded for his son’s body, which Achilles reluctantly gave him. So why, oh why, does Hector smile on the superb and well-balanced can of Asheboro’s Four Saints’ Hazy Cosmic Punch Double IPA? Maybe because of its 8.1 percent ABV?   — David Claude Bailey

Three memories stand out from visiting my grandparents’ farm in Madison: biscuits from the warming box of Grandma’s wood stove (slathered with butter and her homemade blackberry jam); the chickens doing their best to get said biscuits away from me; and walking with Daddy down a winding road to pick Creasy greens. Call Creasies what you will: upland cress, mountain greens, winter cress, Barbarea verna — these tangy, pungent greens are much easier to grow than watercress and come up wild where cattle graze. Garden & Gun proclaims them “A Mountain Secret.” Don’t try telling that to my Piedmont North Carolinian father, whose mother would cook them as a spring tonic. “As a critical source of Vitamin C and other nutrients, Creasy greens have prevented scurvy for untold numbers of people through the years,” says the U.S. Experimental Farm Network. “Stories abound of people in life-threatening situations relying on this plant for vital nutrition, from shipwrecked sailors in Europe to enslaved African people in the U.S.” Anna Anders, owner of Anders Family Farms, grows watercress and Creasies hydroponically in Northwest Forsyth County. She sells them regularly at the Greensboro Farmers Curb Market. (They’re hard to find in grocery stores.) If you want some of hers, get there early: “They sell out really fast.” Anders says she supplies Creasy greens and watercress to area chefs, who mostly use them in salads for their distinctive, peppery bite. (No less than French President Emmanuel Macron and Joe Biden chowed down on some stewed watercress at a recent White House state dinner.) Me, I’ll be tangling my Creasy greens up with some smoked hog jowl for New Year’s Day, when I’ll be hopping my John with South Carolina field peas, a concession to my Lowcountry cookmate.   — David Claude Bailey

Window to the Past 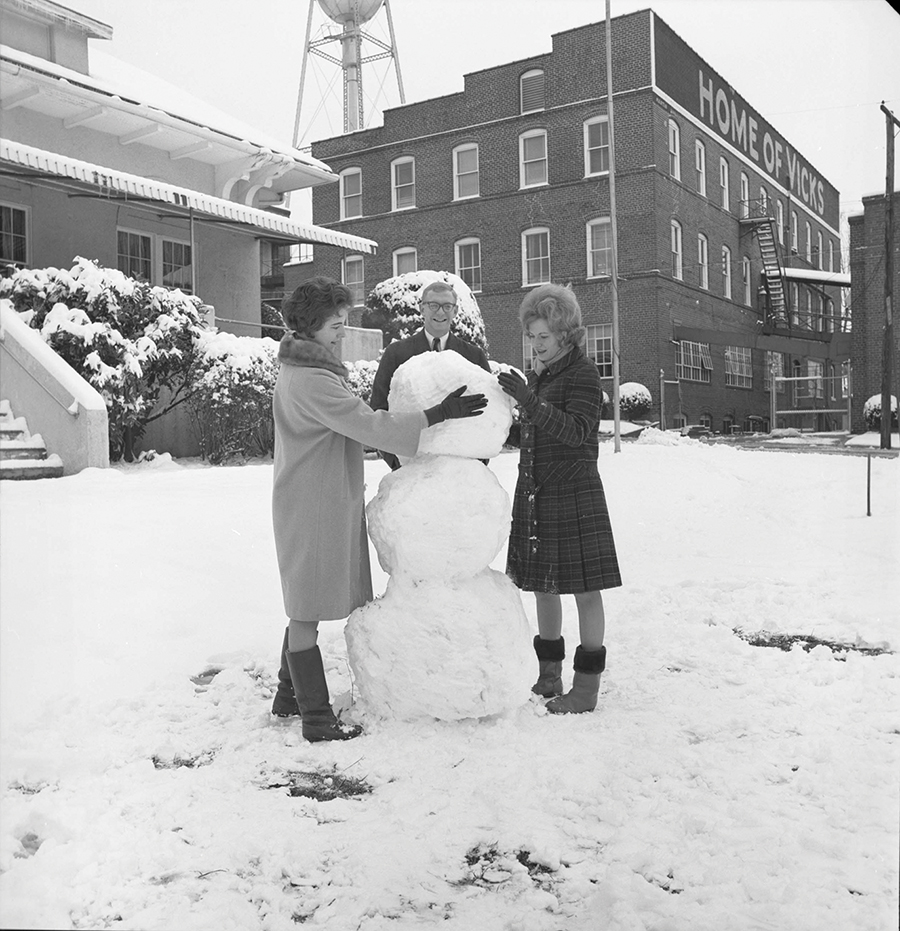 Long before Elsa was begging Anna to build a snowman, the employees of Vick Chemical, then known as Richardson-Merrill, were happy to indulge. Thanks to the Greensboro History Museum for this frozen-in-time moment, circa 1967. 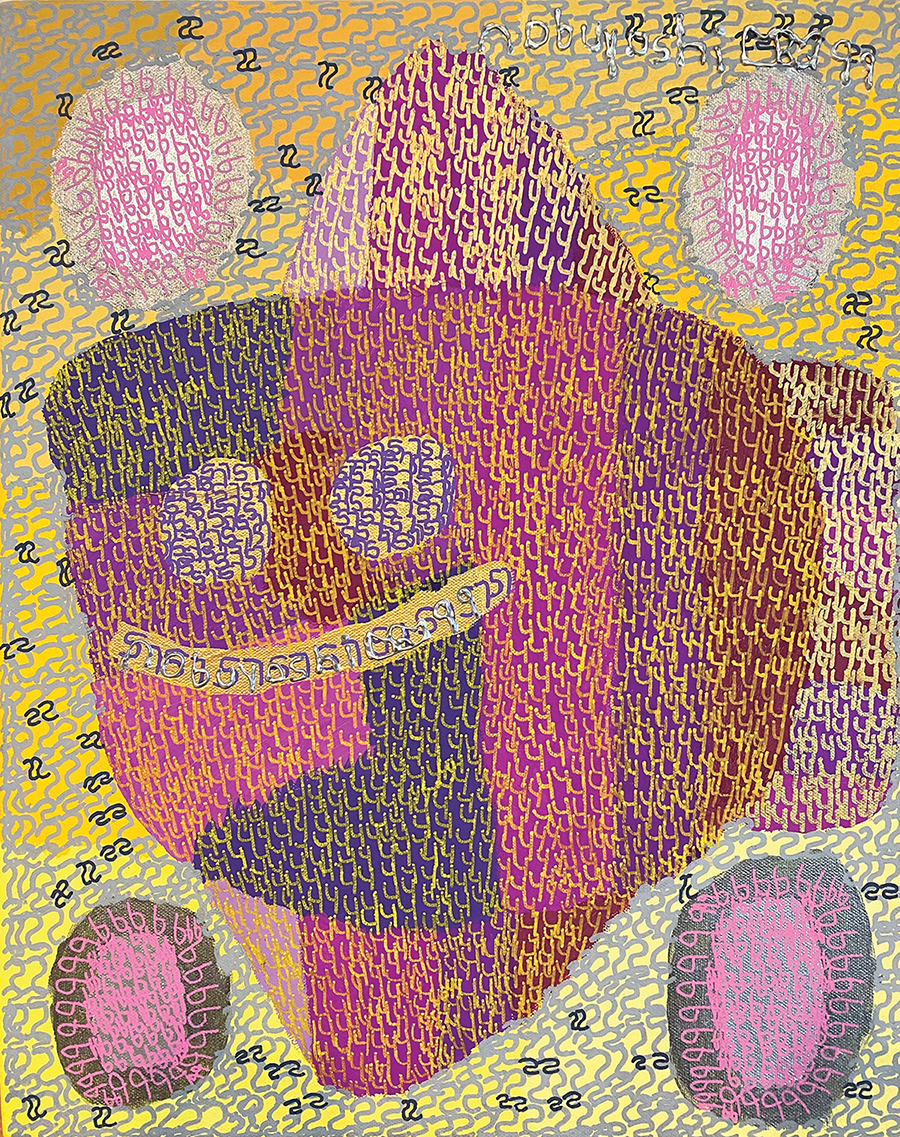 “I have autism,” reads the artist’s statement of King Nobuyoshi Godwin. “I can see trees in my mind and talk with them.” The Angelfish is Having a Good Day Because It’s with the Nudibranch was painted in 2022 and is displayed in GreenHill’s Winter Show, which closes February 15. More than 100 artists who either reside in or have lasting ties to North Carolina are featured each year in the show. “King’s synesthesia and the unique sensibility he brings to his work has, in a relatively short period of time, resulted in an affirmed style,” says Edie Carpenter, the museum’s curator. “The artist combines planar forms in vivid colors — with overlays of repetitive mark-making.” To see more of the artist’s work and read about his artistic process, visit his website at kinggodwin.com. “King is well on his way to a successful career in the arts and has already been included in several museum exhibitions and a two-person exhibition with his mother,” says Carpenter, who adds that works by Godwin’s mother, Yuko Nogama Taylor, are also up in the Winter Show.