All the Pretty Horses

It’s hard to deny the magical aura of carousels. Their sheer beauty and craftsmanship harken back to times long gone, bestowing upon them an other-worldly aspect. And who doesn’t remember the Disney film version of Mary Poppins, where Mary’s, Bert’s and the Banks children’s steeds break free from a roundabout to join a foxhunt? Add a little enchanting music, some twinkling lights and the mechanical whir of going round and round, and suddenly you’re transported back into a simpler, gentler era, if only for a few minutes.

On vacations, my family makes it a point to seek out carousels whenever possible — even if it’s just a family visit to my hometown of Salisbury, location of Haden’s Carousel at Dan Nicholas Park. We’ve gone round in circles in farther-flung places such as Boston’s common, Disney World in Orlando, Florida; Busch Gardens in Williamsburg, Virginia. We’ve even ridden the carousel in Hersheypark, the largest I’ve ever seen.

Leading up to our trip to Hershey, Pennsylvania, my then 4-year-old innocently asked, “Will the carousel be made of chocolate?” No, but it rotates to the soundtrack from a Wurlitzer model 153 military band organ.

For our children — and many others — carousels offered life’s first theme park rides. Our oldest has graduated to seeking thrills on some of the more heart-stopping roller coasters at the amusement parks we visit, yet like her parents, she’s still drawn to merry-go-rounds everywhere we go.  As luck would have it, we don’t have to wait to go on vacation from the Triad to enjoy kinder, gentler rides now that warm weather has rolled around. An abundance of carousels await merry-go-round lovers within a 40-mile radius of Greensboro. Transport yourself to a footloose and fancy-free time this summer on one of our area carousels

One of my favorites is the Three-Row Dentzel Menagerie Carousel at Burlington’s City Park. I’ve ridden it dozens of times, but I don’t think I’ve ever heard the same song played twice (though I never tire of hearing “Carolina in the Morning”). The exact date of the carousel’s construction — or its first location — is unknown, but it was likely built sometime between 1906–1910 at the Dentzel Carousel Company on Germantown Avenue in Philadelphia. Its mirrors are stamped March and April of 1913, and the bottom of the wooden platform reads May 1914. Another fun fact: One of the rounding boards is a copy of a 1903 Remington painting.

The early 1900s were known as the Golden Era of carousels, and it was common for an older model to be sent back to its manufacturer to be refurbished or recycled. For this reason, it’s difficult to authenticate official dates for many carousels still operating in the United States. Their familiar construction, a series of horses or animals mounted on poles to a rotating board, are a revision of the earliest carousels that appeared at fairs in the early 18th century. These usually consisted of flying horse figures suspended in the air, while some poor beast of burden — or groups of people — generated centrifugal force by pulling the contraption from a chain while walking circles, or even hand-cranking it. The entire concept has roots in Middle Eastern jousting and cavalry drills from the Crusades that required a high level of equestrian skill.

The Dentzel, which the city of Burlington acquired in 1948 from Carl Utoff, owner of the Forest Park Amusement Park in Genoa, Ohio, exemplifies the uncanny craftsmanship that German and French artisans applied to carousels in the 19th century. It features forty-six animals — horses, cats, ostriches, rabbits, pigs, a deer, giraffe, lion and tiger, as well as two chariots — hand-carved out of bass and poplar wood. The Dentzel carvers, like their predecessors, achieved a high level of realism, carving the veins and muscles into the animal figures and fashioning their eyes from glass. Their tails are from real horsehair. The precision mechanism of the Carousel, like a cuckoo clock or Volkswagen Beetle engine, is a testament to German engineering with its battery of bearings and gears and an unusual clutch system.

In the early 1980s, as part of an extensive restoration, an army of artists and volunteers was dispatched to strip and repaint the animals and the rounding boards, which revealed original tableaus underneath cracked outer layers of paint. With its made over exterior and rejuvenated gear system, the Denzel bears the moniker of one of the “newest old” carousels around, and entices new generations of riders when it opens Easter weekend through the fall, its season culminating in a two-day Carousel Festival every September.

Opening a little later in the spring is the merry-go-round in City Lake Park in Jamestown near High Point. Built by San Antonio Roller Works in the early 1960s, it was designed as a traveling carousel, and rests on a trailer that can be moved from site to site. But why move it, with picturesque City Lake as its dramatic backdrop? Though not as historic or elaborate as the Dentzel in Burlington, High Point’s carousel still draws legions of kids, who line up for turns with an all-day pass on the roundabout’s wooden deck, bearing sixteen horses, and two benches. From May to October, the number of riders has swelled to 25,000 people annually, since High Point bought the carousel in 1979.

Farther afield, you can take a spin on the Endangered Species Carousel at the North Carolina Zoo in Asheboro, which was designed by The Chance Morgan Ride Company and opened at the park in 2006. The polar bear figure was specifically designed for our zoo, and the rest of the ride features lights, old-time music, as well as zebras, bears, sea lions, elephants and gorillas. Among other animals, you can go round and round accompanied by a spinning tub shaped like a bird’s nest or a swan in a bench seat that accommodates wheelchairs. All of the animals are shaped from fiberglass and hand-painted. It’s a great place to take a break from your North America and Africa walkabouts.

Unless you’d like a taste of Venice at Winston-Salem’s Hanes Mall, of all places. On the exterior panels of its Venetian Carousel are scenes of canals and gondolas from the confection-like Italian city. Ride on any of the three rows of horses and a spinning tub. Winston is also home to Wayne Ketner, who during his retirement years has been carving all kinds of figures including carousel animals. “I always liked carousels because they’re colorful,” he recently told an interviewer. The more intricate and detailed the project, the more the self-taught artist enjoys it. Some take as much as six months to complete.

And where does Greensboro fit into this merry-go-roundup? Well, hold your horses: A year-round, custom-made carousel illustrating the Gate City’s history has been in the works for about ten years. Now possibly targeted to open within the next year. Initial plans are to make the Greensboro ride enclosed in a glass structure during winter months, similar to Jane’s Carousel in New York’s Brooklyn Bridge Park. The force behind its creator is the Greensboro Rotary Club which plans to give the carousel to Senior Resources to operate, and proceeds will go — fittingly —  to the organization’s Mobile Meals program. Though a permanent site is yet to be determined (somewhere downtown or at the Greensboro Science Center are leading candidates) the ride will feed not only hungry mouths, but the imaginations of the young and young at heart — just as carousels have for centuries.  OH

One of the oldest carousels in the nation, the Watch Hill Flying Horses, is on Annie Ferguson’s vacation bucket list. Located along the seaside in Westerly, Rhode Island and originally powered by a horse and built circa 1894, the carousel’s horses are suspended from above instead of being attached to the floor. 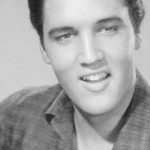 The King of Burning LoveAugust 2016 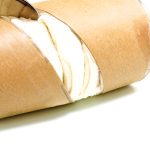