There’s meaning beneath and beyond the words we speak.
And something in the silence between them

When I was growing up, most of the men in my family — a dozen or so uncles and older cousins — didn’t talk much. A conversation on the porch on a Sunday afternoon among, say, a couple of older cousin men, my daddy, Big Clyde (my namesake uncle) and Uncle Clem would go something like this:

“Did Benny buy that sitting lawnmower?”

Three minutes of silence. A car comes by.

Uncle Clyde sucks on one end of a toothpick while holding the other end, making a little noise between his teeth. Then he lowers the toothpick. “I don’t think I’d want one.”

More silence.  A car comes by.

That’s pretty much it, folks.

It was different with my mother and a couple of her sisters at the grocery store or during lunch at the Golden Corral. But here’s the deal: Not only did they talk to each other, it seemed like they talked to everybody else — mostly about family, people known in common, maybe what was on the news, but also about cooking, flowers, furniture refinishing, family history, family stories, gardening, misbehavior and more family stories. I think they automatically saw strangers as interesting.

With them, I’d walk up to a young man tending the vegetable section at the grocery store. “Oh, my goodness,” my mother or an aunt would say to the young man, “these tomatoes look almost good enough to buy. What’s your name?”

“No! Really? I haven’t seen him in six or eight years. Did his eyes ever get OK?”

“[To another aunt] Didn’t Mildred used to date him?”

“No. She dated Simon. Robert, you have an Uncle Simon?”

I’d be standing there. “Clyde,” my mother would say, “this nice man takes care of the vegetables.”

I grew up believing that it was OK to approach people and ask them questions, to have faith that people would more likely answer than turn back to the tomatoes.

I’m glad that as a child I spent a lot of time with these women in my family and that I wasn’t raised mainly by men who didn’t talk much. Because as in so many things, how you start out eventually comes back to either comfort or haunt you. And more and more I see the advantages of looking into another person’s face, say, sitting or standing across from me, and surfing the channels of info behind their eyes, info that’s likely to come to me in words. It’s great research for writing novels, for learning about how things work — whatever the topic might be. There is meaning in such talk. Meaning found beneath and beyond the words. Such talk is somehow connected to the way we ought to be — approaching each other, without fear, just to talk a little bit.  OH

Clyde Edgerton is the author of ten novels, a memoir and a new work, Papadaddy’s Book for New Fathers. He is the Thomas S. Kenan III Distinguished Professor of Creative Writing at UNCW. 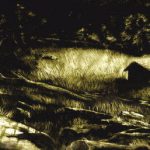 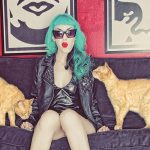 Summer Postcards from The EdgeAugust 2016