A deep dive into mystery 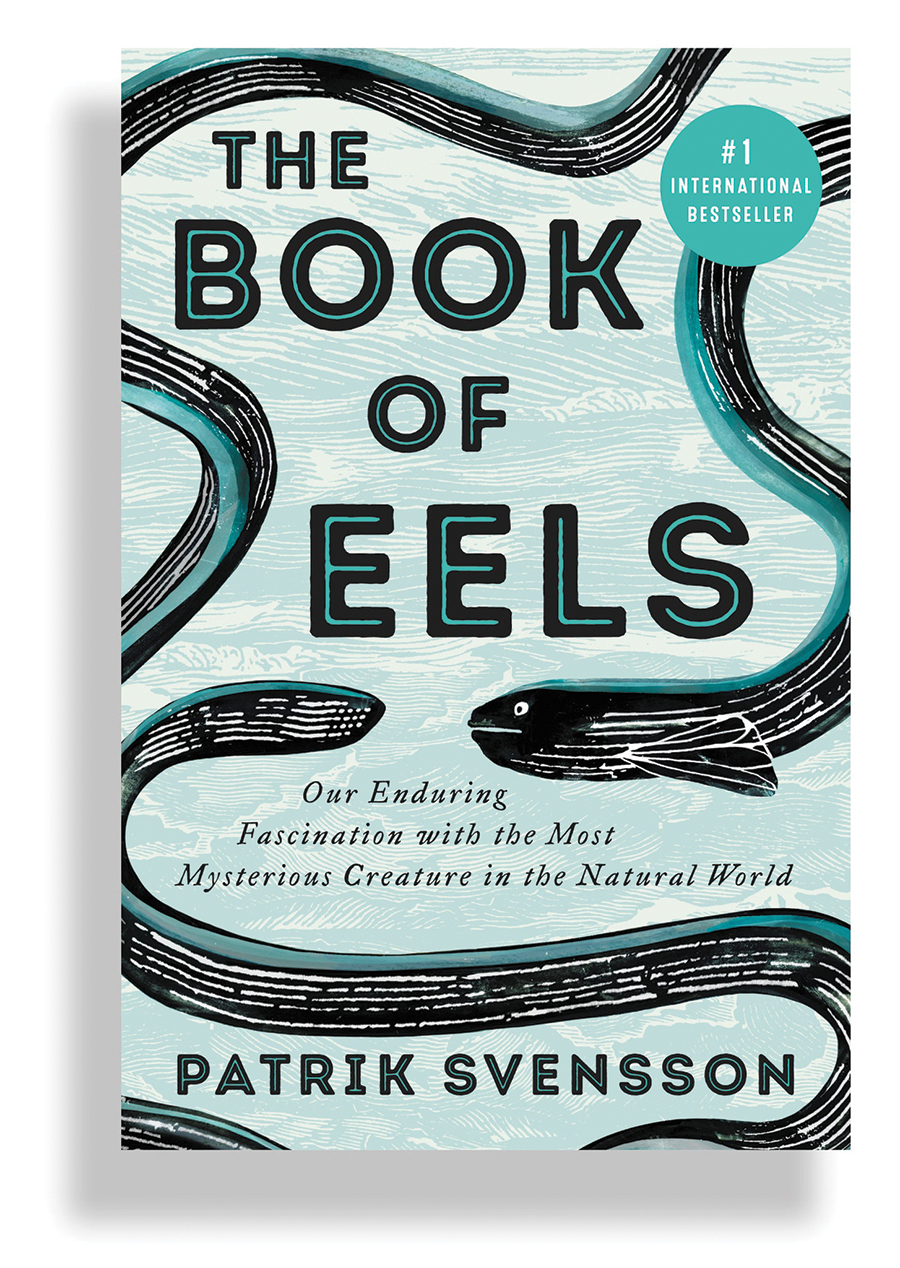 If you’re wondering what that means (the probable double entendre notwithstanding), you’re not alone. Unfortunately, you won’t find the answer in Patrik Svensson’s The Book of Eels, although this New York Times bestseller and winner of the National Outdoor Book Award contains information aplenty about the enigmatic eel — a fish belonging to the order Anguilliformes, comprised of eight suborders, 19 families, 111 genera and about 800 species.

Unless you’re an unlucky fisherman (eels are not a sought-after game fish) or a bumbling scuba diver, it’s unlikely you’ve come in contact with this squirmy creature that lurks in the darkness at the bottom of oceans, rivers and lakes, and you’re probably wondering why you’d read a book about them. But Svensson’s focus is on an important and timely truth: The lowly eel is linked with every other organism, including the squirmiest of them all, homo sapiens — and that makes The Book of Eels a compelling read, especially in light of the pandemic that has swept the planet.

To this point, Svensson weaves a series of personal vignettes with believe-it-or-not facts (e.g.: The Pilgrims were saved from starvation by eating eels) and biographical sketches of scientists who were determined to discover the eel’s place in the ecosystem.

He opens with a detailed breakdown of the eel’s life cycle, which begins in the Sargasso Sea where fertilized eggs hatch into gossamer leptocephalus larvae known as “willow leaves.” Over a period of years, these delicate organisms drift the ocean currents and are eventually deposited in rivers and lakes (the eel can survive in salt and fresh water and for long periods in the open air), where they transform into elvers and then into yellow eels before becoming the silver eels that return to the Sargasso Sea to spawn and die. This progression can consume decades, and eels have been rumored to live more than a hundred years, suspending the aging process to adapt to environmental stresses.

The personal narratives that frame the story center on Svensson’s father, who worked asphalting roads during the day and fished for eels in the evenings. Recalling the time they shared becomes a metaphor for one’s passage through life. “The stream represented his roots, everything familiar he always returned to . . . (The eels were) a reminder of how little a person can really know, about eels or other people, about where you come from and where you’re going.”

Other narrative threads explore the professional lives of A-list eel fanatics, beginning with no less a personage than Aristotle, who spent years studying eels and believed that they sprang spontaneously from mud (so much for Aristotelian logic). Pliny the Elder, a Roman naturalist and philosopher, guessed that eels reproduced by rubbing up against rocks that loosened particles that turned into baby eels. Other eel aficionados abound — Francesco Redi, Carl Linnaeus, Carlo Mondini and Giovanni Grassi. Even Sigmund Freud was a devoted eel researcher (what could be more Freudian?), who spent four weeks in Trieste, dissecting eels in an unsuccessful search for their male reproductive organs.

It was Johannes Schmidt, a marine biologist, who achieved the great breakthrough concerning the eel’s life cycle. In 1904, he chartered the steamship Thor and launched a determined effort to find the eels’ breeding grounds, spending most of his professional life doggedly trawling for willow leaves in the Mediterranean Sea and the North Atlantic until he tracked them by size back to the Sargasso Sea, an astonishing 18-year exercise in singular obsession.

But it’s Rachel Carson, best known as the author of The Silent Spring and an early heroine of the environmental movement, that garners most of Svensson’s admiration. Despite her proclivity for anthropomorphizing the eel, he finds her writing in The Sea Around Us both inspirational and personally revealing, quoting her extensively: “As long as the tide ebbed, eels were leaving the marshes and running out to sea. Thousands passed the lighthouse that night, on the first lap of a far sea journey . . .  And as they pass through the surf and out to sea, so they also passed from human sight and almost from human knowledge.” Svensson is thus lulled into humanizing eels, speculating that they don’t experience tedium the way humans do, and sliding again into metaphor “. . . life is over in the blink of an eye: we are born with a home and heritage and we do everything we can to free ourselves from this fate . . . but soon enough, we realize we have no choice but to travel back to where we came from, and if we can’t get there, we’re never really finished . . .”

Sprinkled throughout Svensson’s narratives there are tips on eel fishing, a litany of less-than-appetizing eel recipes (the Japanese consider eel a delicacy), a touch of philosophical speculation, and more than enough sentimentality, including a conclusion that borders on mawkish.

So who would enjoy Svensson’s eel book? If you’re a fan of John McPhee’s work — The Control of Nature, Encounters with the Archdruid, Oranges, The Pine Barrens, etc. — you’ll likely find The Book of Eels a compelling and informative read. Like McPhee’s monographs, Svensson’s story is more profound than its technical parts, evolving into philosophical musings on the mysteries of life and death. At the very least, readers will discover a level of environmental awareness that’s timely and valuable.

Do we know all there is to know about the eel’s life cycle? Despite Schmidt’s intense devotion to discovering the eel’s reproductive behavior, no human has ever seen two eels mate, and no one has seen an eel, alive or dead, in the Sargasso Sea. It remains a mystery. Probably Jack Johnson’s snarky response to inquiries about his love life was right on the money: There are questions that don’t require answers.  OH

Stephen E. Smith is a retired professor and the author of seven books of poetry and prose. He’s the recipient of the Poetry Northwest Young Poet’s Prize, the Zoe Kincaid Brockman Prize for poetry and four North Carolina Press Awards.