Touring a nation divided, then and now 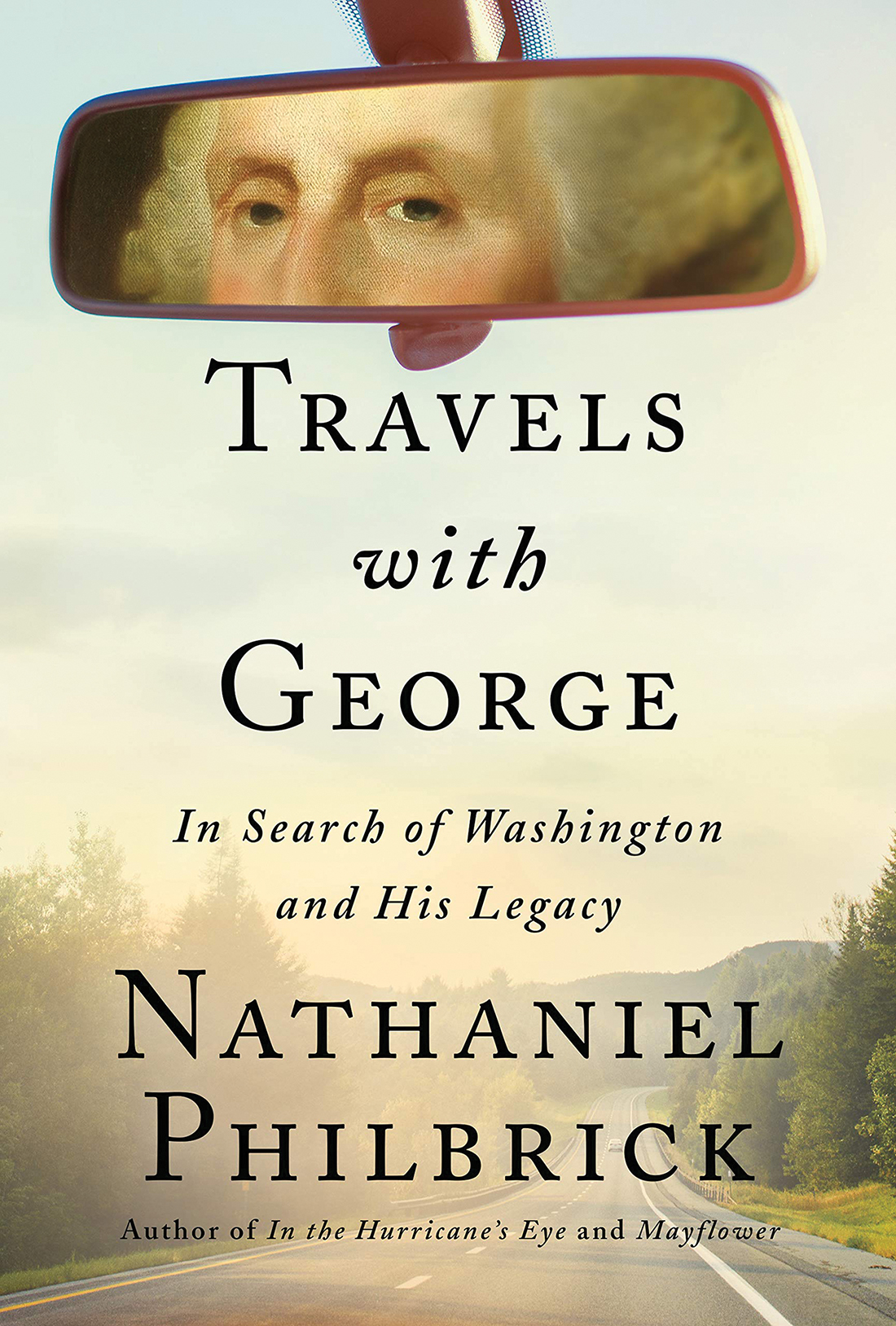 When historian Nathaniel Philbrick decided upon the title Travels with George for his most recent book, he took on a hefty obligation. In three words he employed two significant allusions. First, “Travels with” references Travels with Charley, Steinbeck’s classic travelogue (Charley was Steinbeck’s pet poodle) in which the author of Grapes of Wrath takes a thoughtful look at a sedate 1960s America. Second, the name “George” alludes to the George in American history — George Washington.

Oh, no, you might groan, not another book about Washington. His diaries are available in a four-volume set, there are numerous explications of his writings, and we are inundated with scholarly biographies. Barring newly discovered facets of Washington’s life or a passing reassessment of his faults and virtues, what is there left to say about the man?

But if new material were unearthed, Philbrick would likely write about it. He is the author of a dozen popular histories and has a following among middlebrow readers who thrive on fascinating facts about our country’s origins. His works are perceptive and relevant and always worth reading. Travels with George is no exception.

The title immediately divides the book into two distinct narratives that Philbrick skillfully intertwines. The first is the “tour.” When Washington became president in 1789, he found America divided into two factions. There were no Republican or Democrat parties, but the country was split by two opposing views of how the government should function: citizens who favored the Constitution (Federalists) and those who didn’t (Anti-Federalists). If the country were to be united, there was one man who possessed the prestige to encourage a sense of unity. So, it was that Washington set out on a 1789-1791 journey that would take him from Portsmouth, New Hampshire, in the North to Savannah, Georgia, in the South. He embarked on his tour in a fancy horse-drawn coach (the chariot) and kept a sketchy commentary of his journey. Philbrick and his wife travel by car with their dog, Dora, a red, bushy-tailed Nova Scotia retriever. The physical America they encounter would, of course, be unrecognizable to Washington, but the divisions that trouble our politics would not be foreign to his understanding of democracy.

Washington spurned undue adoration. He was not fond of crowds and military honor guards, and he avoided both whenever possible. But he was also sensitive to social and political slights. When Gov. John Hancock of Massachusetts avoided dining with Washington, the first president never forgot the snub. Moreover, the Washington most Americans think they know — Parson Weems’ godlike contrivance — has little in common with the Father of Our Country.

“This is the Washington who was capable of punishing an enslaved worker who repeatedly attempted to escape by selling him to the sugar plantations in the Caribbean,” Philbrick writes. “This is the Washington who in the days before leaving for the Constitutional Convention had an enslaved house servant whipped for repeatedly walking across the freshly planted lawn in front of Mount Vernon.” A particularly ghastly example of Washington’s cruelty was his habit of having living teeth pulled from jaws of his slaves and implanted in his own toothless head.

The new president completed his tour of the Middle Atlantic states and New England before turning his attention to the states south of Virginia, a part of the country with which he was unfamiliar. Once in North Carolina, he spent the night in Tarboro and left early the next morning to avoid the dust that would be kicked up by a company of local cavalry that planned to escort him to New Bern. When he reached “a trifling place called Greenville,” the riders — and the dust — caught up with him.

“By that point Washington had entered a landscape that was new and utterly strange to him,” Philbrick writes, “the domain of the longleaf pine — a species of tree most of us in the twenty-first century have never seen but that in the eighteenth century covered an estimated ninety million acres, all the way south from North Carolina to Florida and as far west as Texas.”

Washington found the North Carolina landscape a bit unsettling. The longleaf forests were dense and shadowy, and he wrote that the landscape was “the most barren country I ever beheld,” but conceded that “the appearances of it are agreeable, resembling a lawn well covered with evergreens and a good verdure below from a broom of coarse grass which having sprung since the burning of the woods, had a neat and handsome look. . . .”

Washington was feted at balls and celebrations. He endured flea-infested beds in dilapidated taverns and the adulation of the ever-present paramilitary escorts. He even inspired a little romantic speculation when he visited with Nathanael Greene’s widow at Mulberry Grove Plantation outside Savannah. From there he passed through Augusta, Camden, Salisbury and Old Salem before returning to Mount Vernon.

The second component of Travels with George is not a comparison and contrast with Washington’s tours, but is more a mildly political semi-narrative supported by documents, maps and photographs. The Philbricks and their dog are agreeable company — their perceptions are folksy and laced with wit and intriguing observations — but inevitably, Philbrick must address the political divisions that trouble contemporary America.

After visiting Greene’s plantation, Philbrick wrote: “I was tempted to believe that a monster had been born in Mulberry Grove. But it was worse than that. A monster is singular and slayable. What haunts America is more pervasive, more stubborn, and often invisible. It is the legacy of slavery, and it is everywhere.” Reinforcing this point of view, Philbrick quotes from observations Washington made in his farewell address to the nation.

What troubled Washington was what might happen if a president’s priority was to divide rather than unite the American people: “It serves always to distract the public councils and enfeeble the public administration,” Washington wrote. “It agitates the community with ill-founded jealousies and false alarms, kindles the animosity of one part against another, foments occasionally riot and insurrection. It opens the door to foreign influence and corruption, which finds a facilitated access to the government itself through the channels of party passions.”

Washington might well have been writing about America at this moment, and readers who find themselves agreeing politically with Philbrick and Washington are likely to experience Travels with George as a pleasant and reassuring read. Those who disagree probably won’t make it beyond the preface.  OH

Stephen E. Smith is a retired professor and the author of seven books of poetry and prose. He’s the recipient of the Poetry Northwest Young Poet’s Prize, the Zoe Kincaid Brockman Prize for poetry and four North Carolina Press Awards.