Things That Go Burp in the Night

Even in this hi-tech age of vigilant home security systems, things still go bump in the night. And what sound is more frightening than the thump of a tablet or laptop sliding off the bed onto the floor?

“It’s just my iPad,” my wife, Anne said in a semislumber. “Happens all the time.”

What doesn’t happen all the time, I learned when I brought her morning cup of Earl Grey in bed the next morning, was the screen going black save for an ominous, flickering blue aura on one edge.

I’ve watched as my wife has become addicted to watching ospreys hatch in Washington state; getting all hot and bothered while slinging barbs on Facebook at relatives with opposing political views; and, worst of all, howling aloud after watching another YouTube “Funniest Cat Video Ever.” Selfishly, I like her being iConnected. I can ask Anne to put things on our social calendar, issue reminders (Emergency: We’re almost out of kimchi) and make urgent requests (Let’s have Korean barbecued pork belly for supper tonight, requiring said kimchi).

The tone of voice she assumed the morning after the drop was the same one she used when our springer spaniel had its first seizure — grave without any opening for humor. We needed to go to the Apple Store, she announced, a place she knows I despise.

“Can’t I first send out an email asking for advice?” I wondered aloud.

“You can do whatever you want, but I’m going to the Apple Store as soon as I can get an appointment,” was the reply.

Meanwhile I’d been trolling the Internet for advice.

At www.ifixit.com, I found a number of distressed iPad owners with either poor typing skills or bad grammar or a poor command of English or a combination thereof.

“Hi my touch panel is broke but screen is warking I am change the screen but after I fix all part screen not come on but sound is coming what I can do please,” wondered Roofi.

Someone named Haris suggested: “Try to tap it with your hand on its back frequently and then press power button.” A flurry of grateful responses followed agreeing that spanking your iPad is not a bad thing.

I waited until Anne was out in the garden and took her iPad to the woodshed. Nothing.

The genius at the Apple Store was oh-so-sympathetic and confirmed that Anne’s iPad was still alive by plugging it into his MacBook Air. The screen, however, had broken off all relations with the rest of the computer. The geniuses at the Apple Store, like all the king’s horses and all the king’s men, don’t do repairs. But for a mere $279, Anne could get a refurbished iPad and they’d help her retrieve from the iCloud all her stored and treasured URLs for the World’s Funniest Cat Videos, not to mention the password to the Starz site where she can view Outlander episodes a day early.

I asked the genius how broken an iPad had to be before they’d refuse it as trade-in for refurbishment. Couldn’t I just take it apart to see if I could fix it?? Anne looked at me as if I had suggested performing DIY brain surgery on our spaniel. The genius was a little shaken. I could try it, and if I brought back anything resembling an iPad, they’d swap it.

With Anne’s blessing I took my friend’s LOL advice and dropped it on our car’s floor mat from a height of about a foot. The luminous, cheerful blue of the startup screen blinked on and, Maria and I were declared brilliant — until the screen went black again that night. I dropped it a few more times and the screen came back on looking like a tie-dyed T-shirt. Far out!

Plan B: a rendezvous with one of iCracked’s local iTechs. Frank Harmuth assuaged our fears; what I had been doing was fine. “We call it burping the iPad,” he said at the Starbucks in Barnes & Noble’s at Friendly. Wrapping Anne’s in a weekend edition of The Wall Street Journal he “burped” it again — to no effect. A few alternate moves produced temporary flashes of luminescent blue. “I don’t want to break the screen,” Frank said, explaining that it was attached to the computer by a male and female connection via a wiring harness. The original drop had resulted in a sort of coitus interruptus. Jiggling and lightly tapping the iPad usually restored the lost spark, so to speak — until it needed burping again, he explained. Noticing that he was afraid to give it the Maria and David treatment, I said, “Can I try it?”

I did a hard drop from the height of a few feet onto Starbucks’ hardwood table and Bingo: IfixedIt. The cats are back. The latest political diatribe comes via Facebook. Anne’s watching her bird chick cams again. Outlander’s in the queue.

And I’m now known, at least around our house, as the resident iGenius.  OH 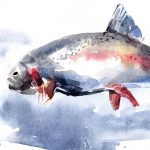 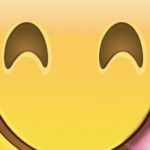