I bruised more than my ego, but I’m glad I finally learned how to skate 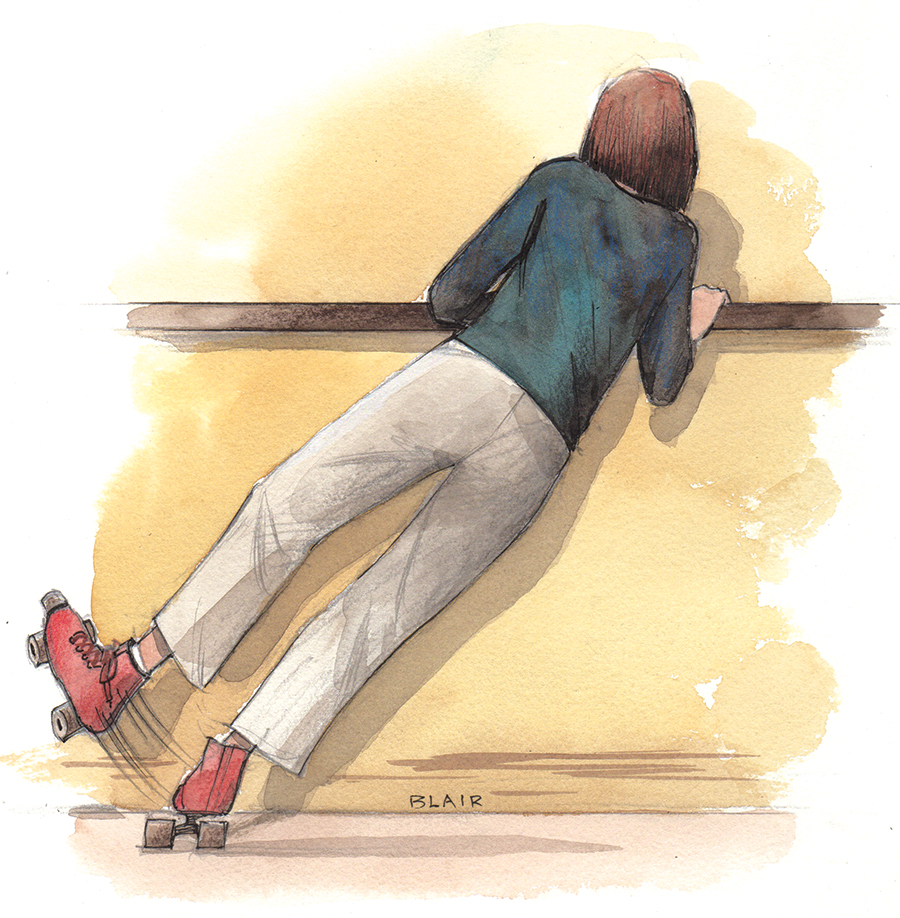 I hung up my Fisher-Price skates before I ever learned to use them, so at age 30, I decided to take roller skating lessons. Thinking I might have a child who would want to skate someday, I wanted to join them instead of staying parked at the snack bar.

Most rinks offer lessons for all levels of skaters. But for late bloomers like me? I was skeptical. Some summers ago, I called up a rink, and an enthusiastic woman assured me that, yes, adults take lessons all the time. Relieved, I plunked down $25 for my first class.

As I laced my skates, I saw plenty of children orbiting about, but the adults were still in their wheel-free shoes. I’d been played big time by the lady on the phone.

Skates on, I was a child again, gripped by a familiar panic. I knew I had to trust the wheels, but I was convinced that I would fall as soon as I tried to stand up. I wanted to rip off the skates and hang them up, but I didn’t. This was something I finally had to overcome.

Inch by inch, I gingerly slid my way across the carpet to the rink’s edge, then gripped the railings as I took my first tentative step onto the polished wooden floor. Slowly and stiffly, I rolled one foot slightly in front of the other, shuffling a hairsbreadth at a time until I finally made it to the circle where my pint-sized classmates stood staring at me.

First lesson: learning to fall. This was something I’d definitely mastered, I thought. But it wasn’t as simple as before. In skating, there is a proper way to fall — on your bottom, hands in the air — to prevent broken wrists. Using your hands to break a fall is the human body’s natural, instinctive reaction.

Hitting the floor repeatedly, I quickly realized why there weren’t other adults in this class. Kids nearly bounce back up. Let’s just say that I did not.

Next lesson: technique. The key, our instructor explained, is to bend your knees slightly while leaning forward to maintain balance. She told us to pick up our feet and move forward, as if we were walking in the skates.

As my seemingly fearless classmates left me in their dust, I found the courage I hadn’t had as a child and released my grip from the security of the metal bar. I teetered. I wobbled. I fell — over and over. It hurt. And worse, I felt like a fool as the parents of my classmates stifled laughter.

My teacher, visibly concerned I’d break something, skated over after each of my spectacularly graceless falls, helping me to my feet. Again, I considered hanging up my skates and hobbling out the door, but the specter of my classmates whirling around the ring gleefully propelled me to get back up.

In fact, I came back to class, week after week. And by the last class, it actually happened: I stopped wobbling, and my feet and body began working in sync. I was skating! For those few glorious moments, I felt free, joyous and empowered. The child in me was over the moon.

In the years since that summer in the rink, I often think back to those challenging afternoons. My bruises and pride have healed, but there’s a permanent mark from skating that endures — a knowing: If I have the courage to get up each time I fall, I just might learn to fly.  OH

Jennifer Bringle is a Greensboro-based writer. And yes, she still knows how to skate.