Married life on the razor’s edge

As the narrator of educational TV programs droned on about the Foucault pendulum or the mating habits of sloth, my husband, Don, loved having his thick hair tugged and pulled.

His barber, Mr. Burgess, actually thinned it. Don would always return from his shop with stories about Mr. Burgess’s investments — and a peculiarly militaristic haircut. Then, Mr. Burgess hit 100 and closed shop.

After sitting in the company of unhurried men who let stories fall out of their mouths as clipped hair fell around their draped shoulders, Don and his fine head of hair were adrift after Mr. Burgess hung up his clippers.

Patronizing walk-in shops, Don became experimental after a persuasive female barber convinced him it was more stylish. Stylish was a new possibility! The longer length was all well and good until Don snagged an interview with a conservative firm. He purchased an interview suit, tie, shirt and wingtips, but decided to fly unshorn to the interview early Monday morning. As Don polished his CV, I started thinking.

I had plunged into dog grooming with a new pair of dog clippers. Admittedly, our dogs looked a bit off. Mottled skin shone through in a few unfortunate places on their withers, rumps and legs. But they wriggled and protested, so the outcome in no way reflected my grooming skills.

After convincing Don he couldn’t go off on this job interview looking shaggy, he perched tensely on the toilet seat. The razor thrummed against my palms, ticklish and heavy.

“Just a little overall,” he reminded, his eyebrows arched downward. I aimed the clippers straight at the very top of Don’s forehead to establish a baseline — and cut a 3-by-3-inch swath. A hunk of black hair fell to the floor and pink skin peaked out from beneath the razor’s trajectory.

“Sit back down,” I reproached. “You would never jump up like that if Mr. Burgess was giving you a cut.”

But this wasn’t a baseline; this was a tragic miscalculation. The beginnings of a Mohawk.  “It’s just a little short. For you.” I explained. (It would be short by anyone’s standards, unless, say, you were an aboriginal into ritual scarification.)

“Oh, a little shorter than Mr. Burgess’s cuts.” That was the first of a rapid series of lies. Don looked in the mirror. “Oh. My. God.” he sputtered. I laughed. Which I’m prone to do when something goes tragically wrong.  He touched his scalp with a tentative finger.

“Wait, let me fix it! It’s just the first baseline cut.” I protested.  “This thing didn’t cut that close with the dogs,” I argued.  (The only true thing I said that Sunday afternoon.)

Don rounded on me, snatching away the vibrating razor.  “You turned it the wrong way!  You turned it downward to shave and shaved a strip of hair off the top of my head! In the very middle of my forehead!” The gash atop his forehead matched the spreading pink of his face.

“But I like it,” I lied instantly. What a fantastic lie this was.

“To a job interview?  Seriously?”  Don was apoplectic. We discussed barber options on a late Sunday afternoon.  I sprinted to find the phone book. Only one salon was open.

Cowardly and embarrassed, I waited in the car as Don went inside.  He returned unrecognizable. His fine, luscious thick hair was now a few centimeters long. What would the interviewer think?  That Don had head lice?  That he was into gangsta chic?

So I lied again. “I love it!” I exclaimed. Don glowered.

On Monday morning, Don wore a new suit, crisp shirt and Windsor-knotted tie for the Big Deal Interview. His “I’m game!” gait was off.  But when he returned home on Tuesday, a smile wreathed his face.

He dropped his bags. “No big deal,” Don said.  “I don’t think I’m actually a very good fit for that place.”

I had undercut him. Short cut him.

Fifteen years passed.  Don developed his father’s receding hairline. His hair is no longer dark or lush. Of late, though, he has been growing it. Last Sunday, I eyed him as he shaved.

“I could even that up, just a little,” I ventured, touching his graying locks.

“Just with scissors,” I added.

“Well, that was an unfortunate thing about the razor,” I mumbled.  A final, stupefying lie.

“You know,” Don added, searching my face, “I was wrong for that job. I wouldn’t have liked it.” We stood inside the sweet silence.

We both understood that sometimes half-truths are the only way to super glue a relationship back to the sticking place.

And we smiled.  OH

Greensboro-based, frequent O.Henry contributor Cynthia Adams has been a storyteller all of her life. 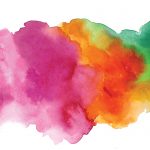 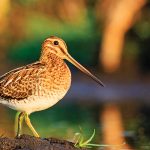