The beat goes on at UNCG’s beloved summer music camp 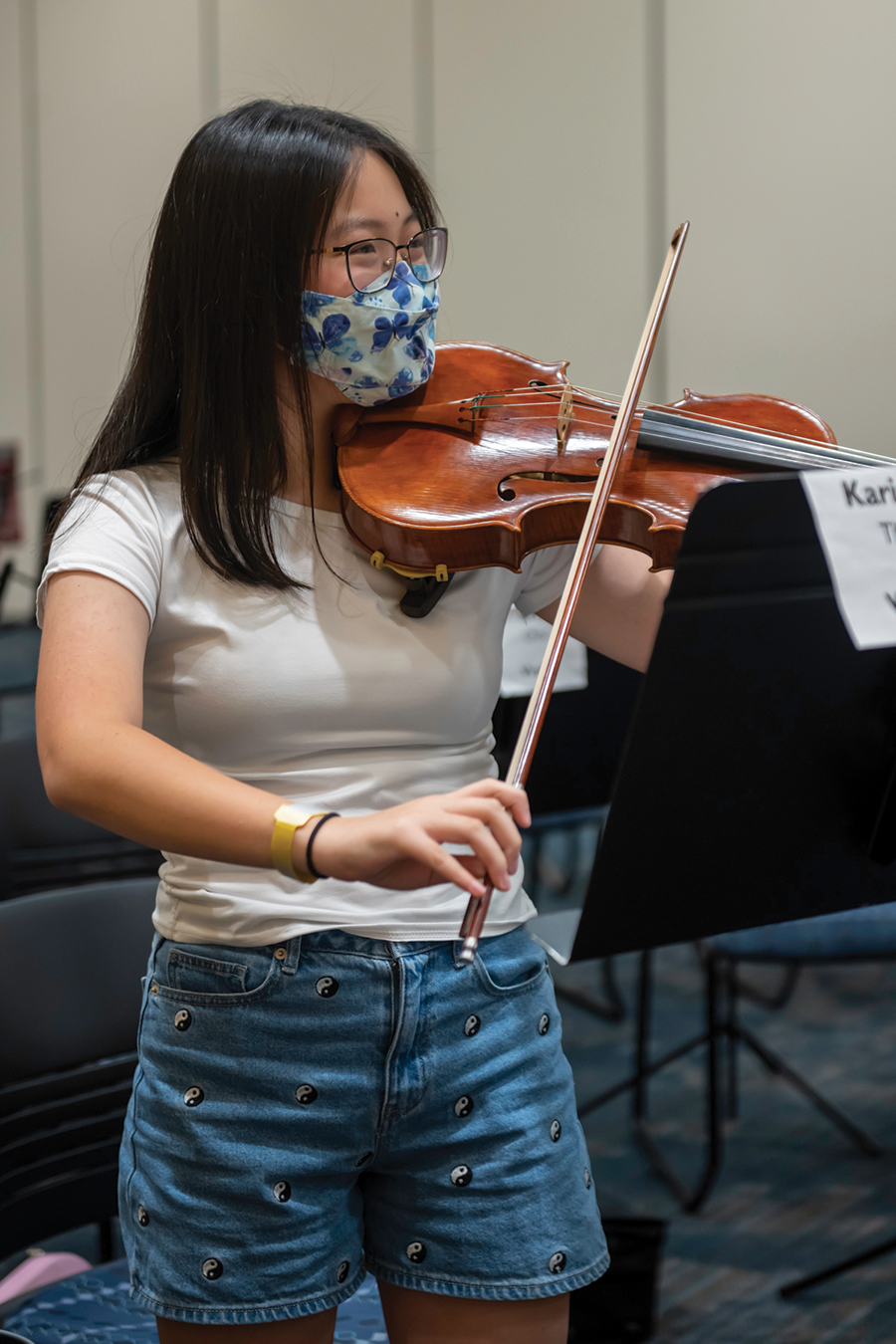 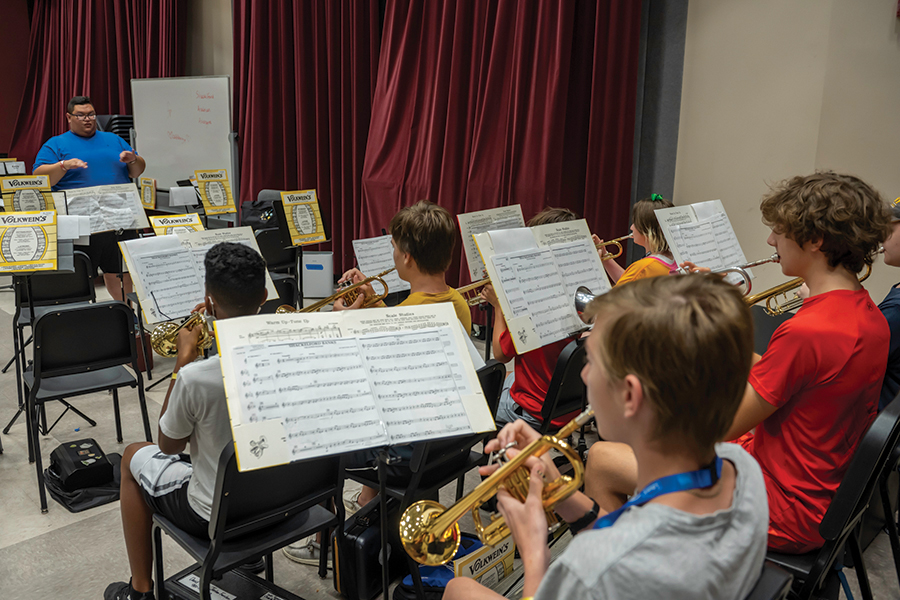 When John Locke came aboard as UNCG’s director of bands in 1982, he approached local music educators about the university’s vision of conducting a yearly summer music camp for youngsters. Outside of Robert Blocker, newly hired dean of the School of Music, no one believed this was in any way a sound idea, much less feasible. Like many of his colleagues, longtime band director at Page High School, Charles Murph, was blunt when presented with the concept. “John, I really like you,” he said. “But this is never gonna work.”

And yet, in 2023, UNCG’s Summer Music Camp will celebrate its 40th anniversary. It’s the largest university music camp in America, attracting more than 2,000 middle and high school students from around the globe for two, one-week sessions of intensive training across a wide spectrum of musical disciplines. Camp culminates with a series of Friday night orchestral and band concerts, along with piano and choral recitals, for audiences numbering into the thousands.

As preparations were underway this summer, I spoke with former camp educators, counselors and attendees in an effort to understand this phenomenon, to discover what it takes to string together one of this musical city’s most important yearly events, one that not only contributes greatly to our local economy, but, more importantly, expands Greensboro’s cultural footprint. 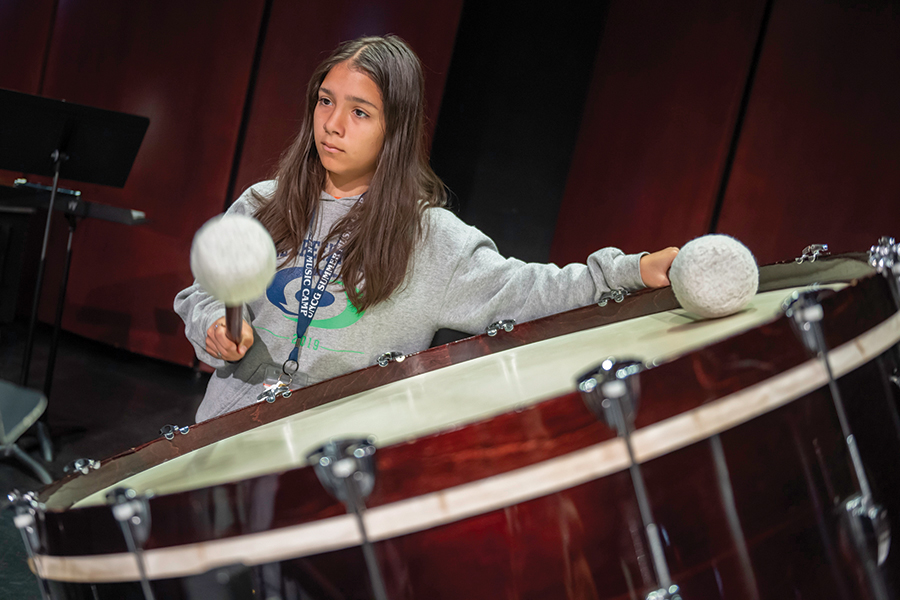 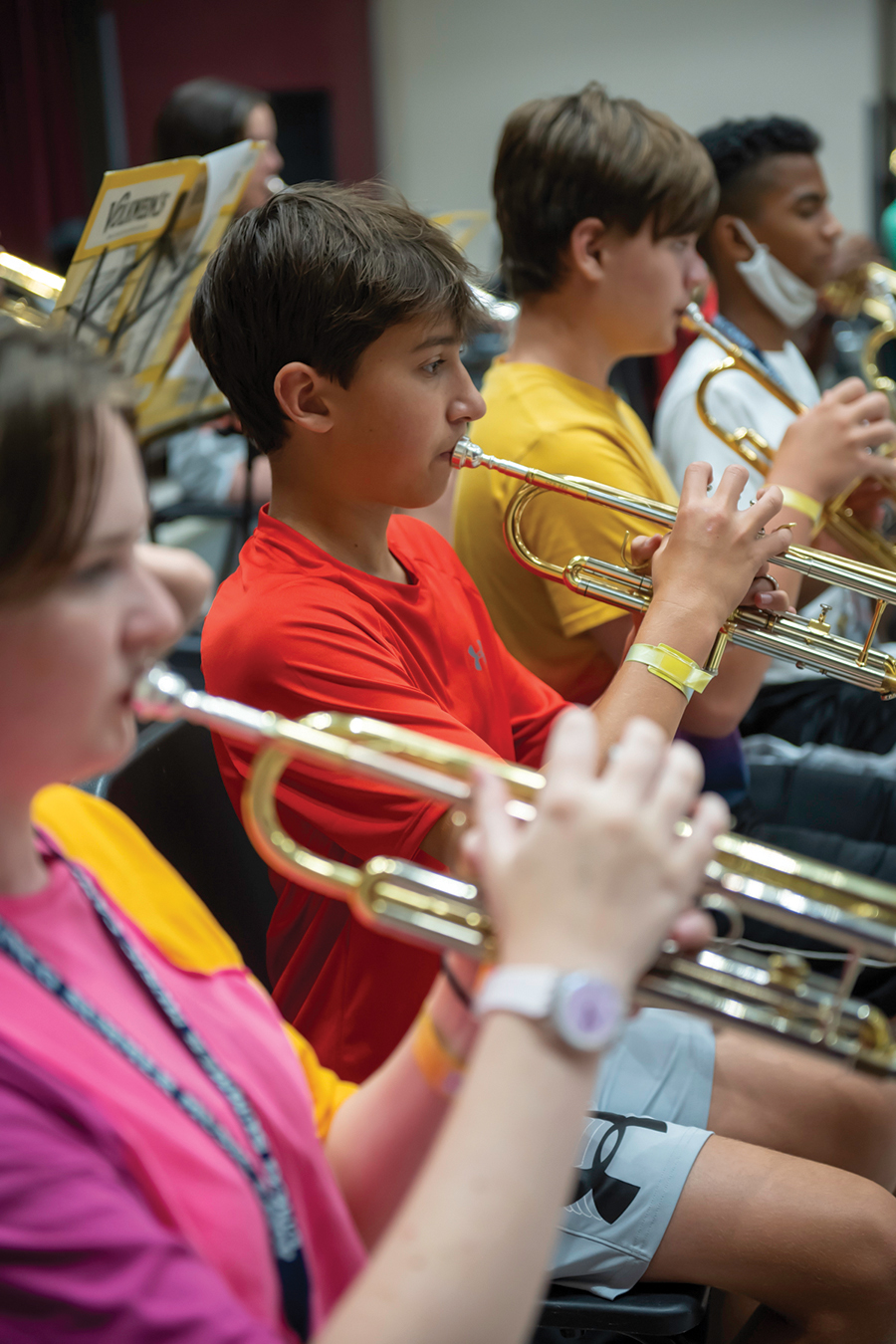 John Locke, Summer Music Camp Director 1983-2018: The director of bands position came open at UNCG in 1982, I was the first one to interview . . . The new dean of the School of Music, Robert Blocker, looked at my resume and saw that I’d headed a music camp at Southeast Missouri State and he was thinking, “This is exactly what UNCG needs.”

Edward DeMattos, Summer Music Camp Attendee, 1996-2001: I went to UNCG’s music camp from sixth grade to 10th grade. It was a family thing. My brother and sister both attended summer music camp before — and at the same time — as me. They absolutely loved it and would come home every summer raving about it, so I couldn’t wait to go.

John Locke: The campus faculty, the band directors in town at Page and Grimsley high schools all said, “I’m telling you now, it’s not gonna work.” There was a popular music camp at Appalachian in 1982 and a big camp at East Carolina that had populated the state with its band director graduates, so [ECU would] get the good kids. UNCG’s first summer music camp was 1983. We had 361 students. Then we had 750 or so the second year, 980 the third year, and we never looked back.

Melissa Capozio Jones, Summer Music Camp Counselor 2012-14: They obviously hire a lot of the music students as counselors and I was one of them. A little stressful, definitely a little underpaid, but just a lot of fun, especially for someone who was majoring in music education. Having the opportunity to run sectionals and work with the students was like a crash course in teaching, too.

John Locke: When we sent out applications, everybody knew to get those things in the mail quickly. “Write the $40 deposit check, Mom. I gotta take it to get my band director’s signature and you better put it in the mail tomorrow ‘cause if I don’t get in I’m not speaking to you for the rest of my life.” It was a hot ticket. We got up to 2,000 students every summer, and even had a thousand more on the waiting list.

Kevin Geraldi, Associate Camp Director 2005-21: My first summer working with the music camp was July of 2005. I accepted a position as an assistant professor in the School of Music and assistant associate director of bands. John Locke brought me in and I started working for the camp right away, before I ever taught a day in the School of Music. 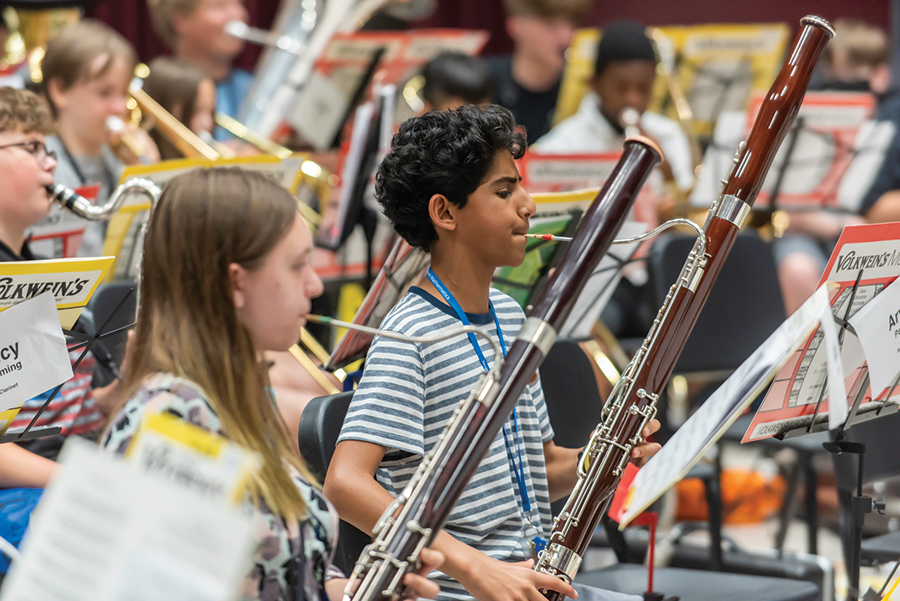 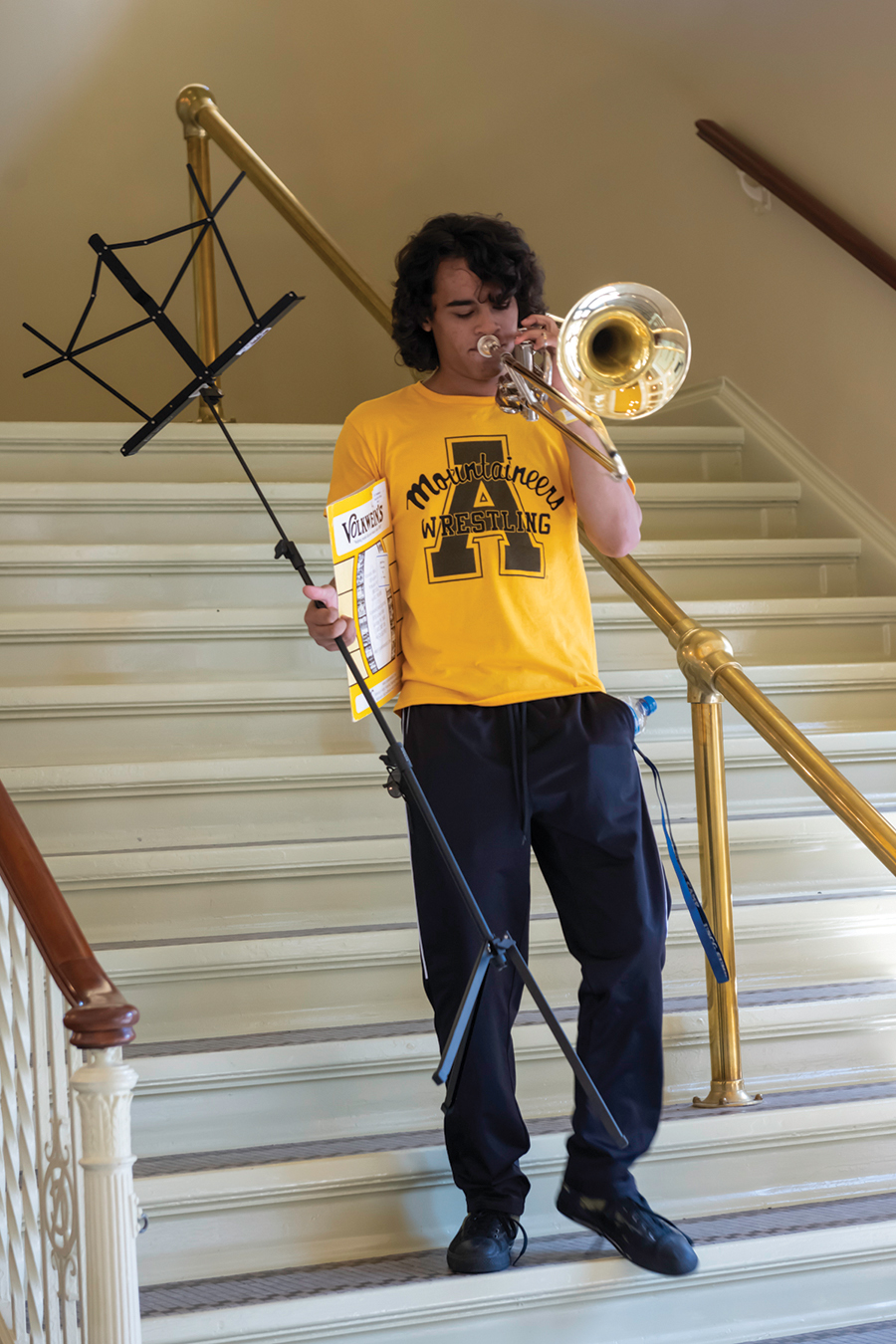 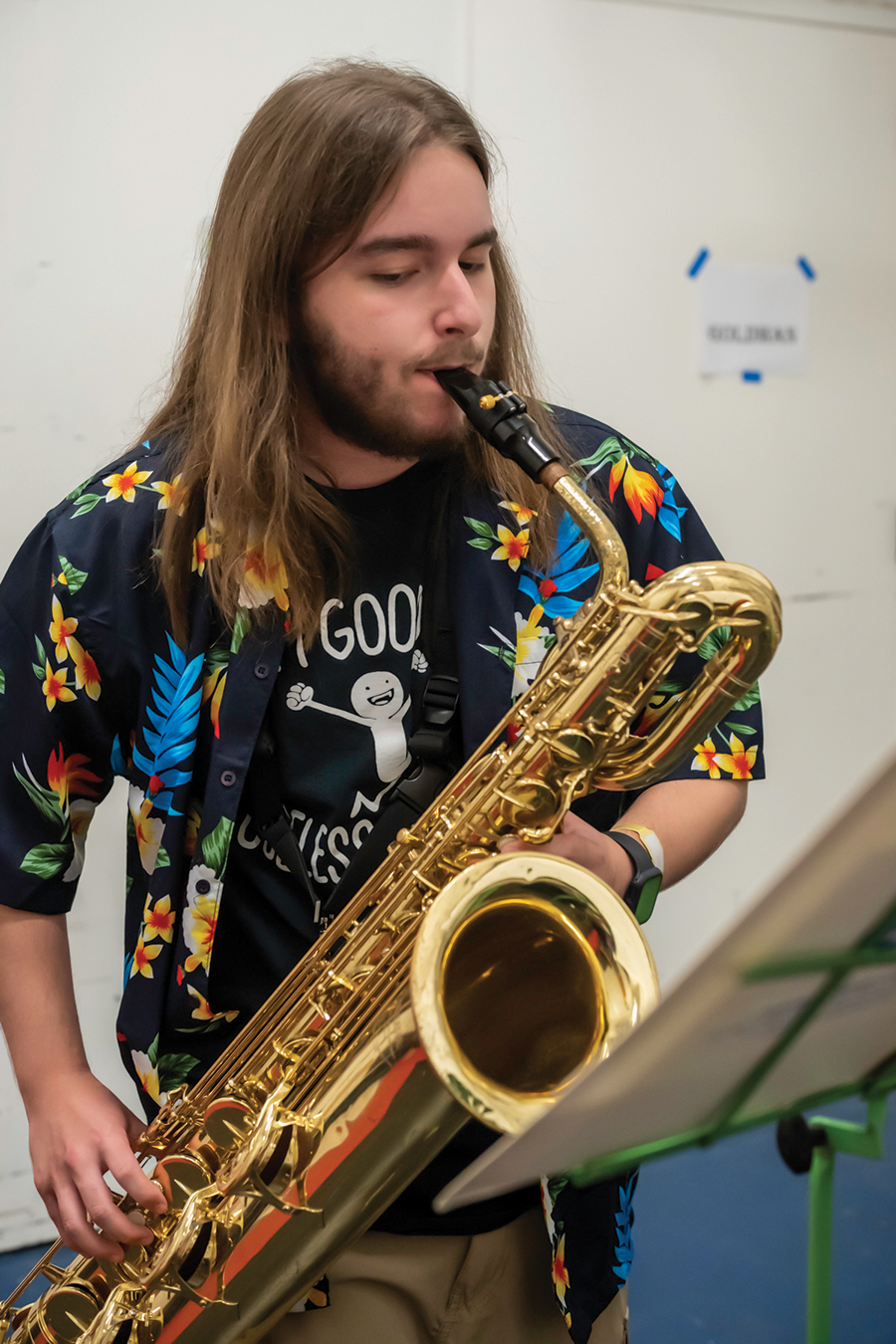 Kamala Lee, Summer Music Camp Attendee 2002: I played clarinet. I guess because I kind of paid attention in class so I got to go. At camp, in one week, I went from playing really easy sheet music to playing stuff that I never thought I would ever be able to play. Looking back on it, and even hearing it again, we played a Shrek medley and it was awesome. It didn’t sound like a bunch of middle schoolers playing.

Kevin Geraldi: The students arrive on Sunday afternoon. They begin their rehearsals on Sunday evening and learn a whole concert’s worth of music over the course of that week. We would have a thousand students giving concerts all at the same time, all over the UNCG campus. It was really exciting and enjoyable to see how much they learned in that amount of time, how fast they could grow. Then to see how much fulfillment and enjoyment they got out of making music together, that’s a huge reason music camp exists.

Edward DeMattos: The freedom they would give you at these camps, you didn’t have counselors walking you here and there, making sure you were on time for classes. You were expected to be where you needed to be and allowed to be a free and independent person away from your parents. You just weren’t allowed to cross Tate Street. Dr. Locke’s speech at the beginning of every band camp always, always included the line: “And do not cross Tate Street!”

Cody Jones, Summer Music Camp Attendee 2004-06: One of my favorite memories was going to The Corner on Tate Street, they had all kinds of laser pointers and stuff that kids would annoy the counselors with. That guy would sell you a little spud gun and two potatoes and you just stab the potato and shoot spuds at people and, again, counselors hated them.

John Locke: We’ve had the who’s who of band directors in the Southeast, particularly from North Carolina, but from Virginia and Maryland and South Carolina, Georgia, Tennessee. These teachers felt honored to be asked to come to UNCG and teach at the camp, which was good because we didn’t pay them that much. It was a labor of love for them. 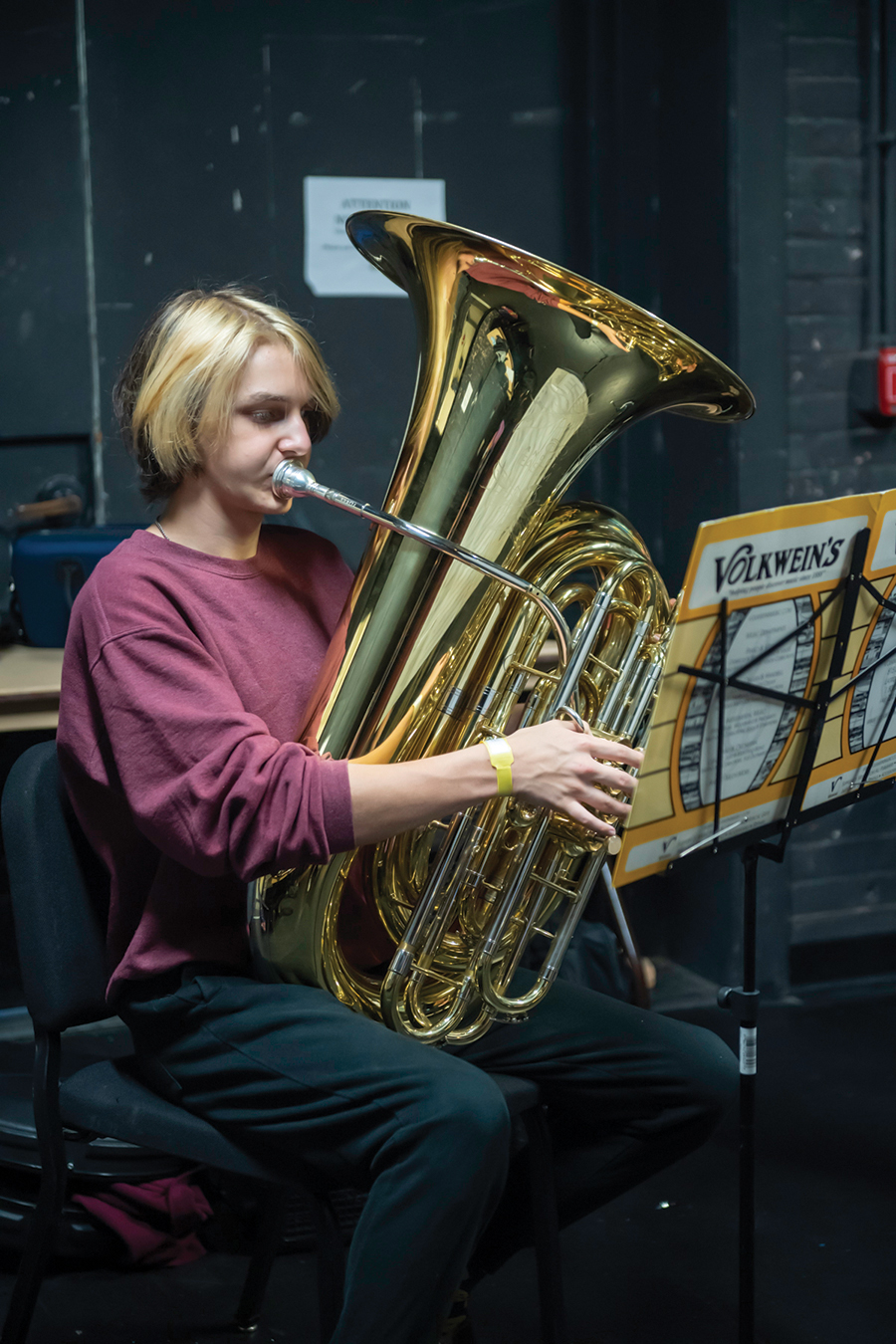 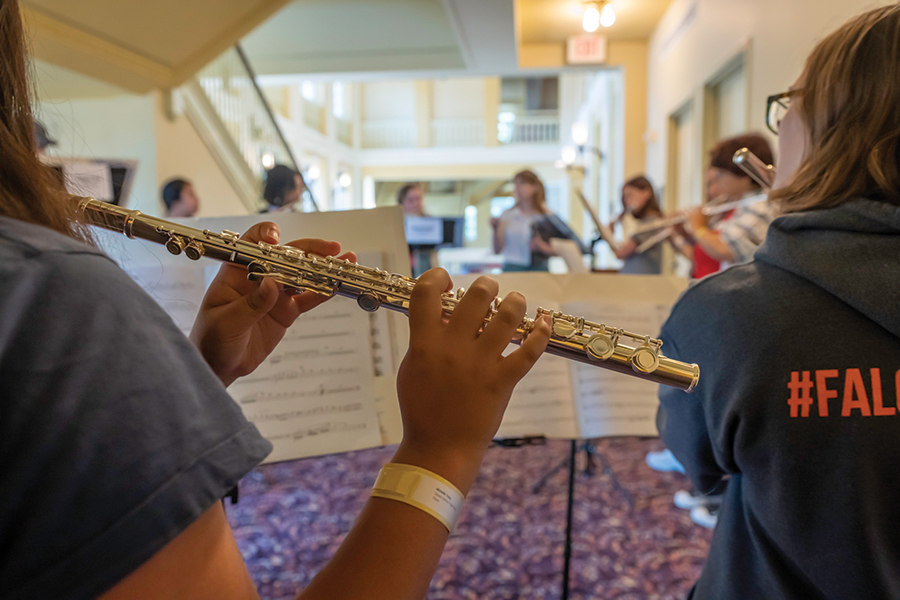 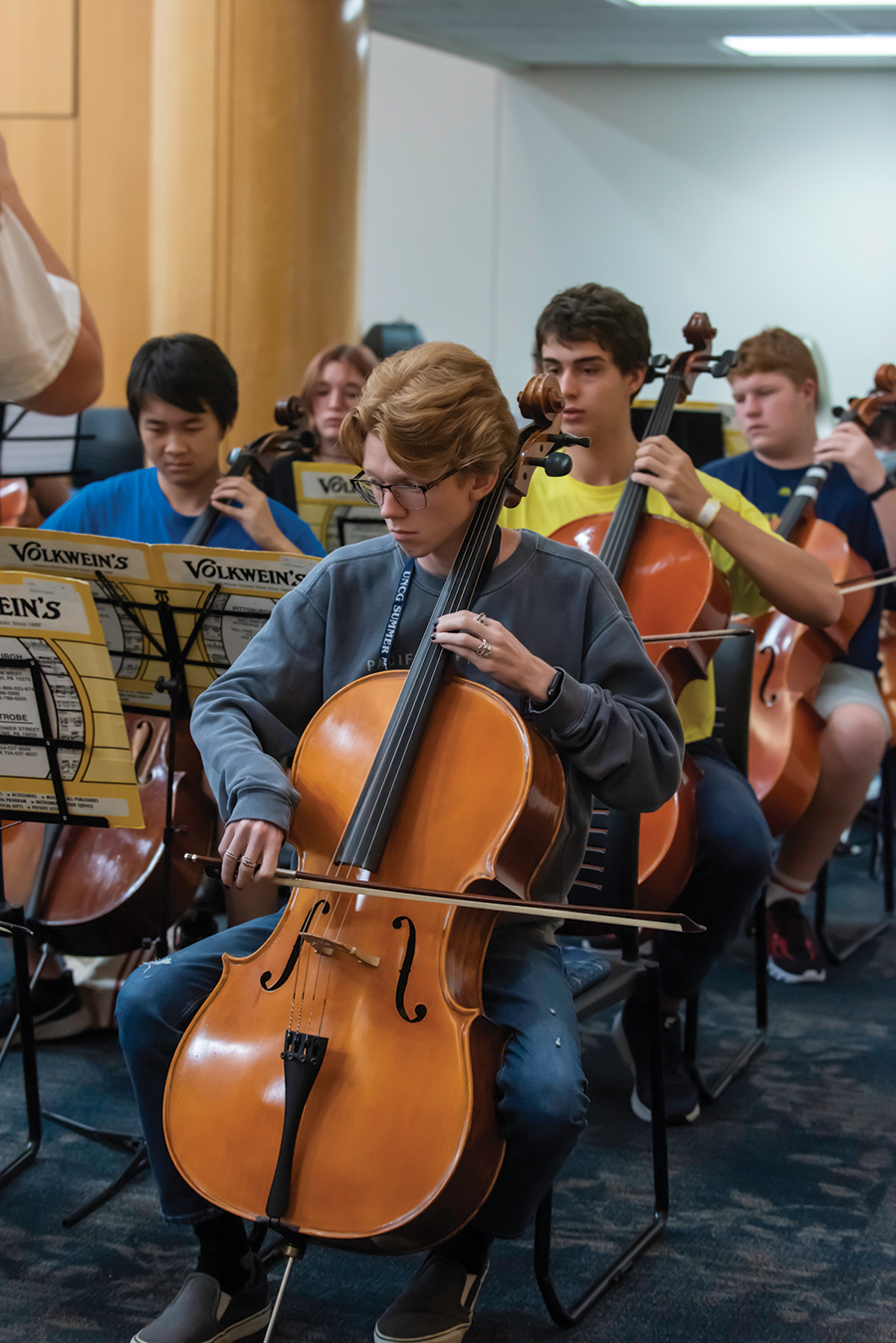 Kevin Geraldi: Ed Rooker taught at camps from the very beginning, through the later part of his teaching career and all the way through his retirement. He had great energy and great passion and joy for teaching his students. So a lot of students kept coming back to camp to play in his band.

Cody Jones: One of my favorite teachers was Mr. Ed Rooker, who actually has passed away since (2014). He was a very popular conductor. They separated the bands out by colors and he was always the red band. He called it The Big Red Band.

Kevin Geraldi: When you’re talking about something that functions for 2,000 students over the course of the two weeks, it’s kind of all over the map in terms of logistical challenges. We’ve got a really great system set up that’s existed for a long time. Every year is a little different but the system is in place so it runs efficiently and effectively.

John Locke: If you have 2,000 students on your campus, you literally have 4,000 parents on your campus. And you’ve probably got another 2,000 or 3,000 brothers and sisters, and another 1,000 or 1,500 grandmas and grandpas, cousins who show up for the concert. UNCG’s got a hundred different majors you can pursue and these campers now know a little bit about the campus. It at least puts UNCG on the list of colleges they might attend because they had a great time at music camp. 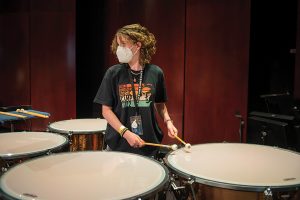 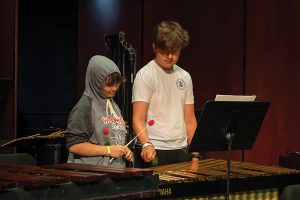 Kevin Geraldi: I’ll really miss the many people who have devoted an unbelievable number of years, 30, 35 years of summers working for the camp. And I’ll miss all the newer people that come with great energy, great passion and enthusiasm and new ideas. [In 2022, Kevin Geraldi accepted a position as director of bands at The School of Music at the University of Illinois.]

John Locke: This thing is year round — it’s all consuming. There isn’t a week that goes by, even in September, October, that you’re not tying up loose ends from the last camp or making plans for the next one. I don’t recommend it to anybody because it imposes a certain insanity on your life. But I don’t really have any regrets. I loved doing it. [After retiring in 2018, John Locke remains active as a guest conductor for bands throughout the United States and Canada.]

UNCG Chancellor Franklin D. Gilliam, Jr., 2015 to present: Summer Music Camp is wonderful on all counts. John Locke was a real driving force, I give him a lot of credit for maintaining the high quality of the program. They’re not appealing to the lowest common denominator. These kids really have to step up musically. 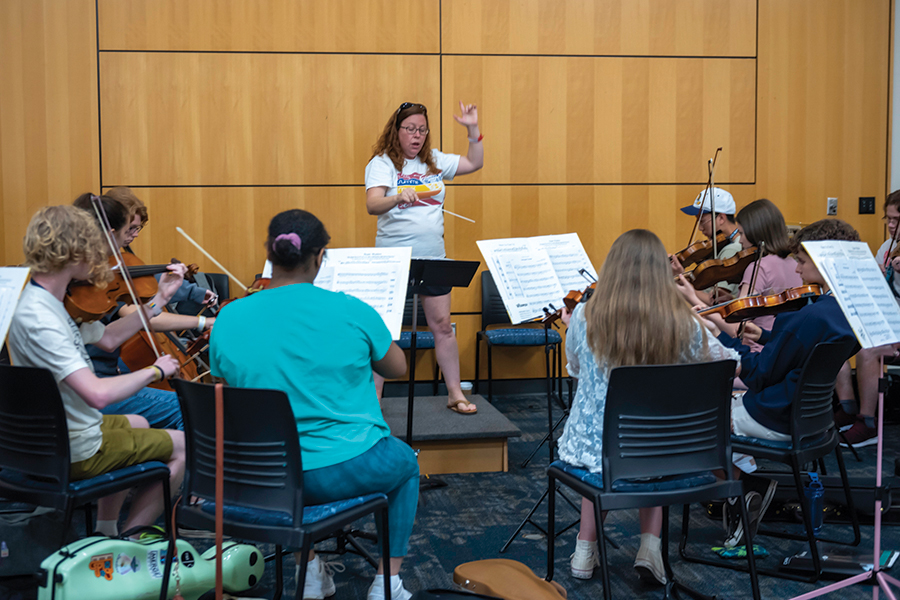 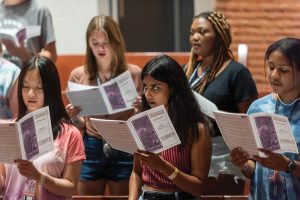 In 2011, Billy Ingram published an oral history about two young ladies who joined Dean Martin’s Golddiggers girl group in the 1970s and their adventures with The Rat Pack and other Las Vegas legends called Beyond Our Wildest Dreams. Available where books are sold and on Amazon.