The spirit of William Sydney Porter, aka O.Henry, is alive and well in the city he once called home. In fact, on a recent autumn morning, several of his characters were spotted downtown wandering around in a world that must have been deeply familiar and yet perplexingly futuristic. Where were the streetcars? The wide-brimmed hats and spatterdashes? And what on this green and spinning planet was a selfie? Well, folks, they would soon find out. “The true adventurer goes forth aimless and uncalculating to meet and greet unknown fate,” quoth O.Henry. That’s for sure. Please enjoy a few snapshots from their whimsical escapades about town. 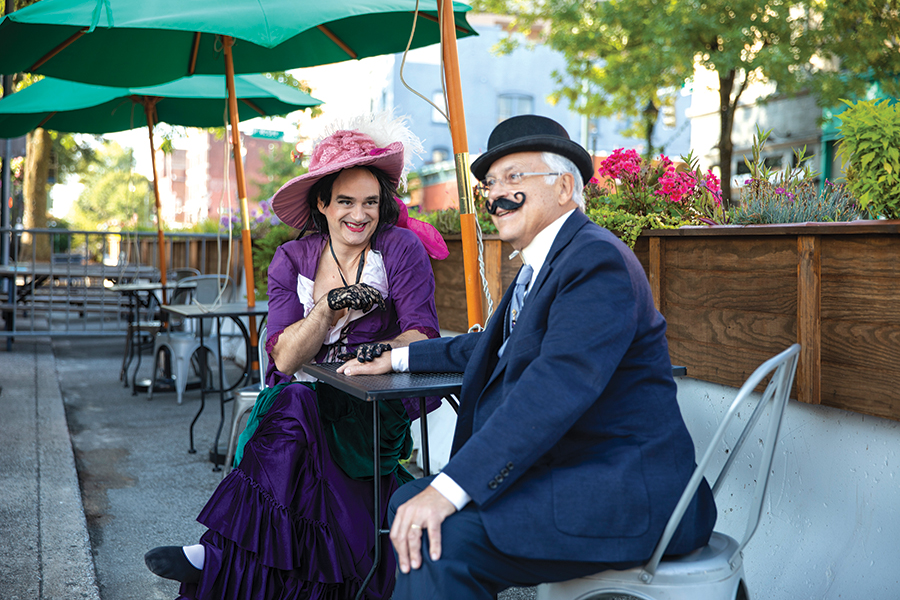 Can a lady get a drink around here? A pumpkin spice what? Sure. While two oat-milk lattes are being whisked to frothy perfection behind the bar of The Green Bean coffee shop, this gossipy pair discovers that they have scored front row seats to the best people-watching on the block. Would you look at that hemline! How deliciously scandalous! How utterly cosmopolite! 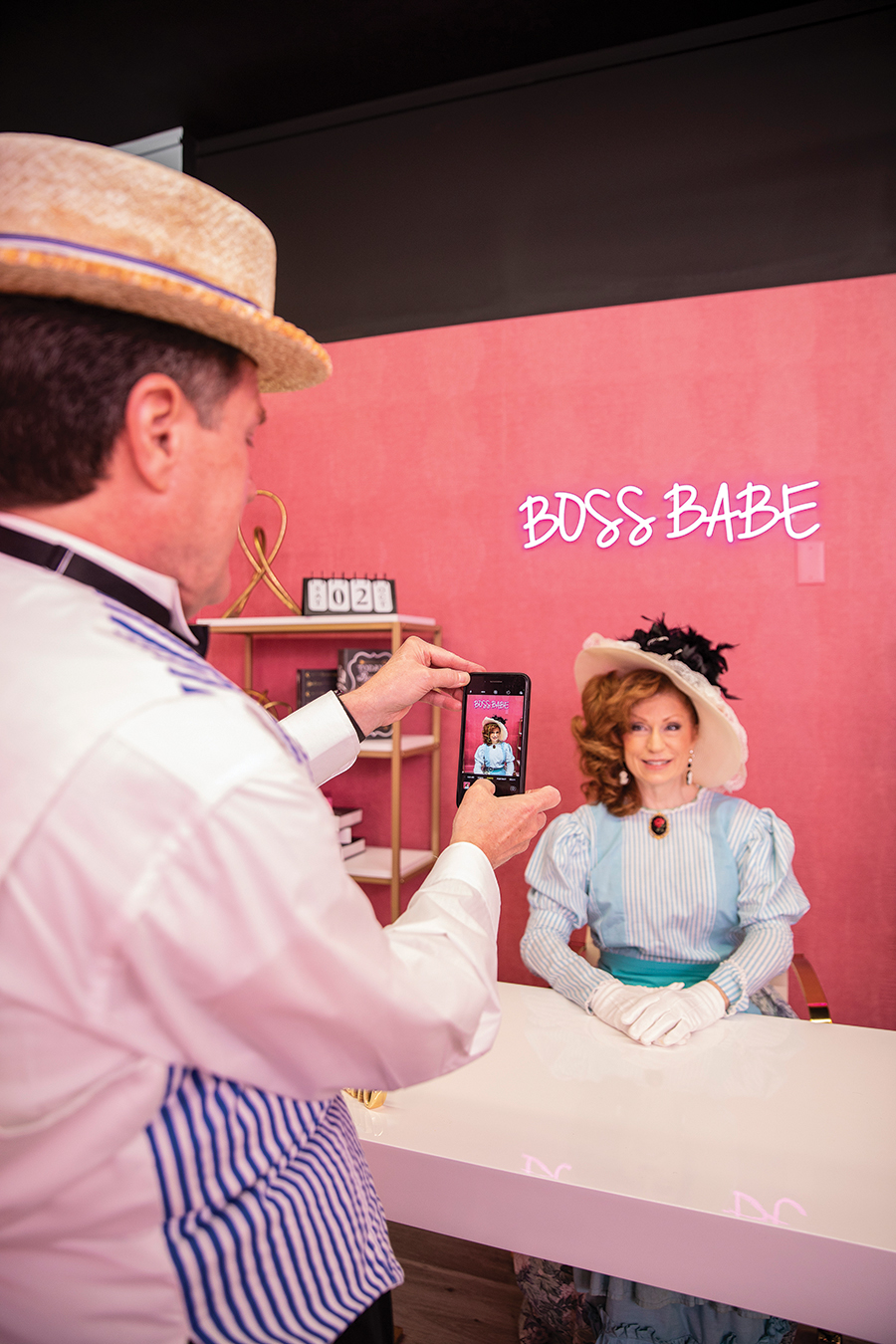 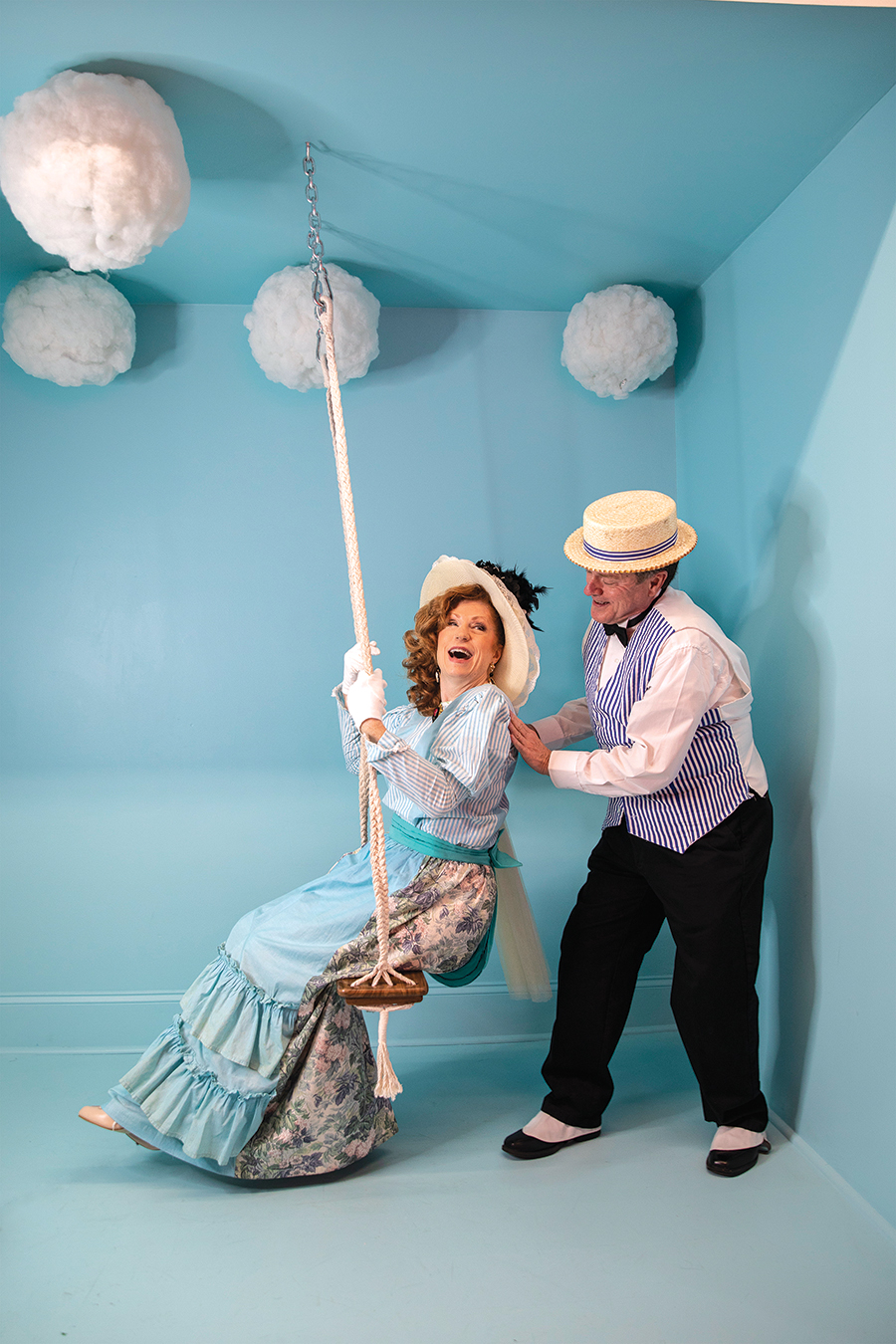 Of all the places they could go, who knew that the road of destiny would lead this pair down Elm Street to a place called The Selfie Spot? Inside, a wild and glittering world of vignettes beckoned. Jim pulled out his gold pocket watch to check the time, then shrugged. “What does it matter?” he said to Della, who gave her glorious locks a playful toss before asking the bright-eyed lady behind the counter, “What’s an iPhone?” 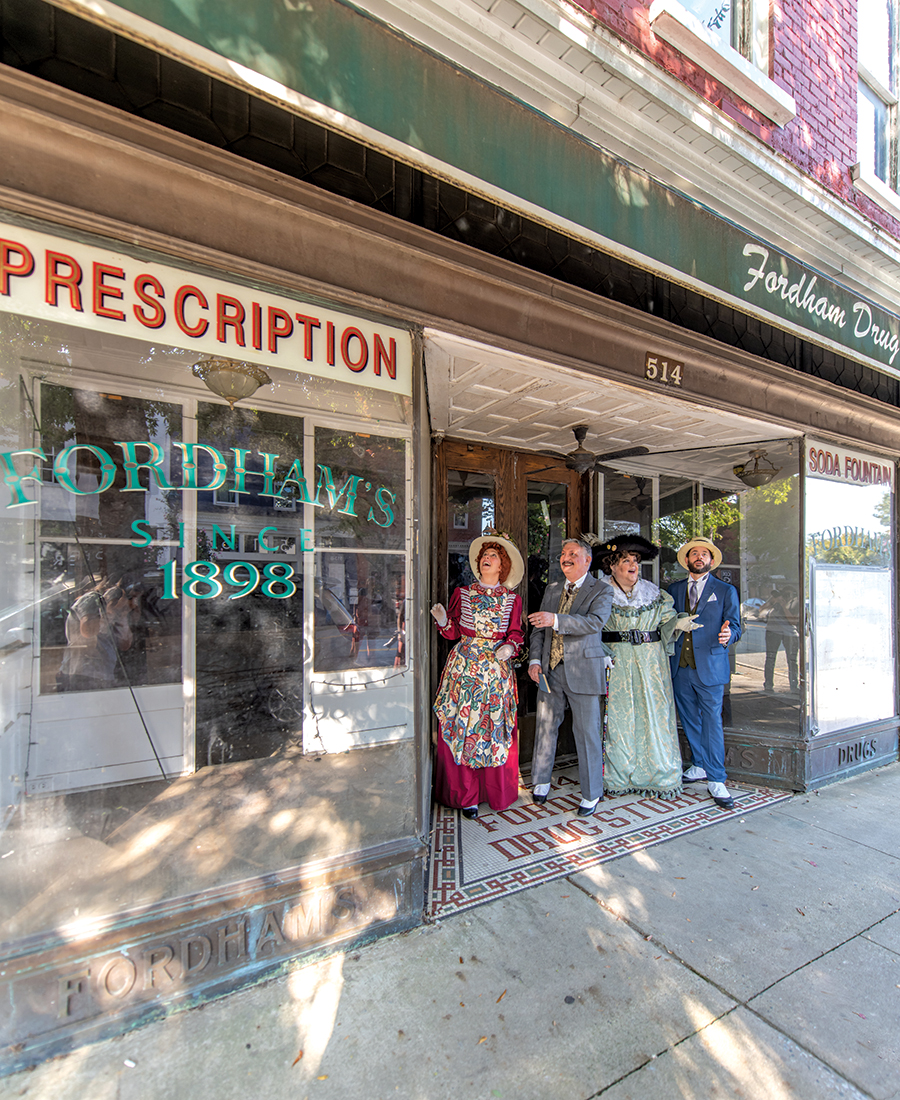 Something about the old Fordham’s Drug Store made the O.Henry troupe feel both dizzy and elated. It was almost as if it was déjà vu all over again. As if this place were somehow a part of them. And was anyone else suddenly craving a soda? 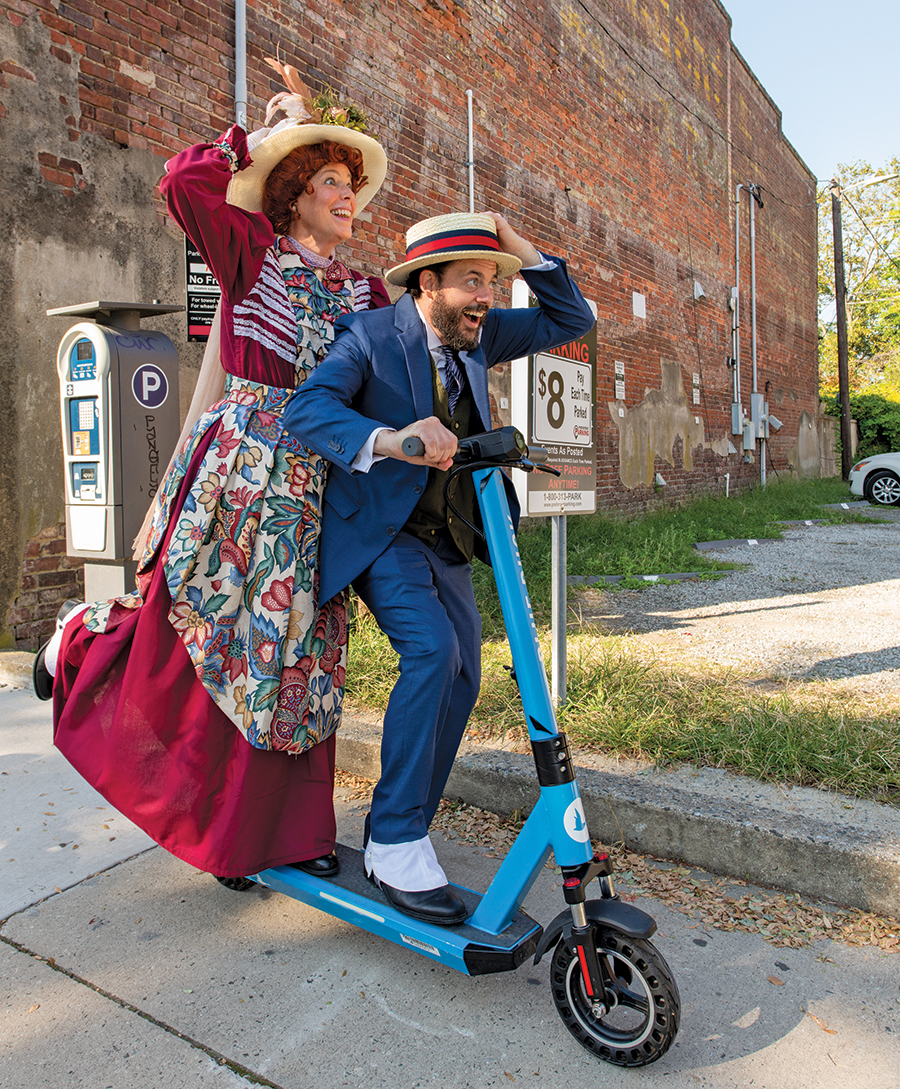 What happens if you miss the train? Something called Blue Duck. Don’t knock it until you’ve tried it — but do hold on to your hat. 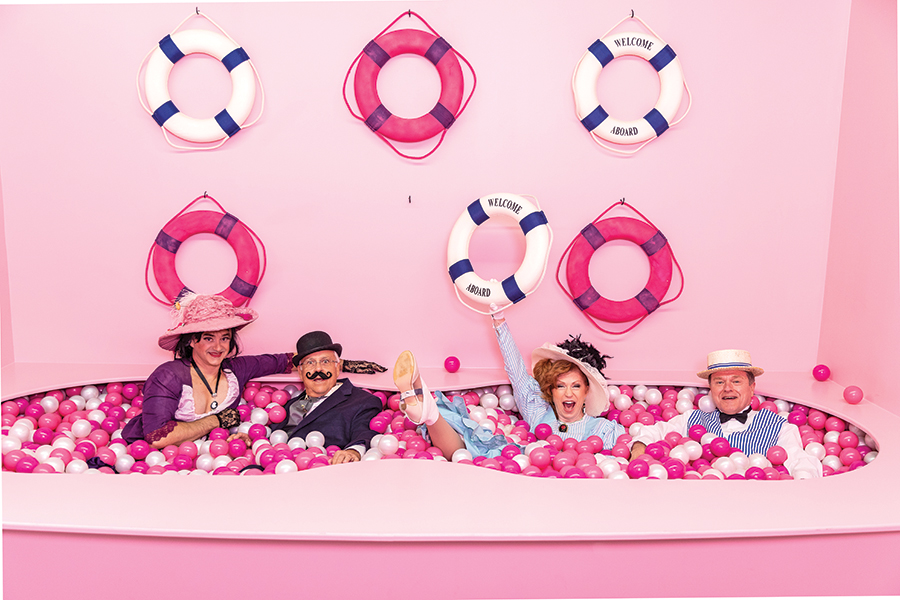 Well, well. Look who got caught canoodling in The Selfie Spot’s ball pit. Or is that, in fact, a time machine?

A special thanks to An O.Henry Celebration: Stories & Song — formerly 5 By O. Henry — for breathing O.Henry’s short stories to life through its theatrical vignettes year after year. Stay tuned for September 2022 performances at Well-Spring’s Virginia Somerville Sutton Theatre.