Lisa Hawley is grateful for her elegant new home. But her soul mission — feeding the hungry — is what continues to bring her deep and lasting fulfillment 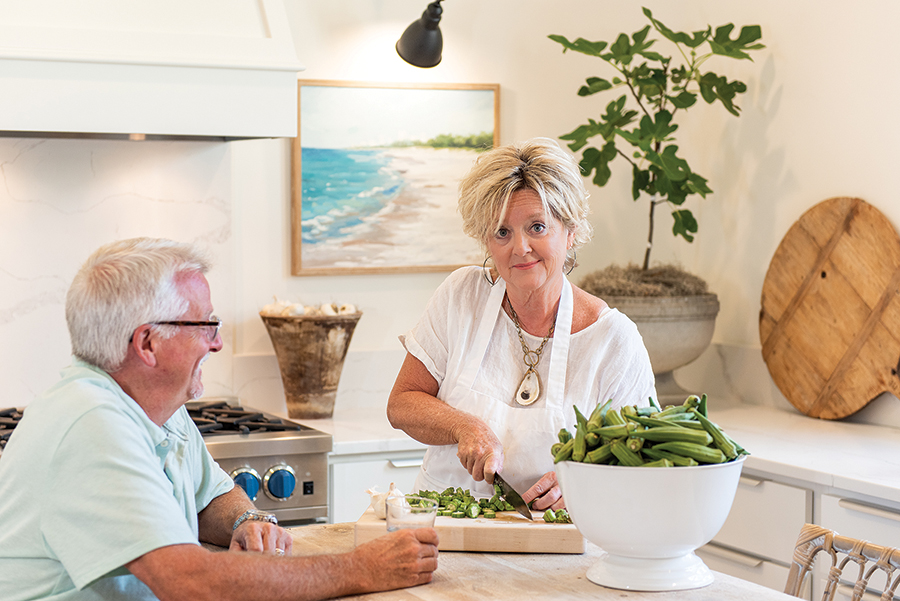 Her sea-blue eyes crinkling into a smile, Lisa Hawley opens the door of her new town home and tells me that only recently did she get around to painting the front door charcoal-gray. She concedes that settling into a newly built home in March of 2020 — the midst of a pandemic — “was a little unusual.” But so was having her much-loved Jamestown restaurant, Southern Roots, forced into a COVID hiatus.

With clear, if sometimes teary eyes, Lisa keeps perspective on what is merely inconvenient and what truly matters. The finishing touches do not worry the hard-working philanthropist.

Having watched children wrap portions of their school lunch in napkins to take home is what drove her to establish a volunteer organization called Feeding Lisa’s Kids in 2015. (At that time, she points out, High Point ranked second in the nation for food insecurity. Now it ranks seventh.)

“I’m kind of loud and like to dance — all that stuff.  But when my children were in school, it led me to feel the pain from other children.” 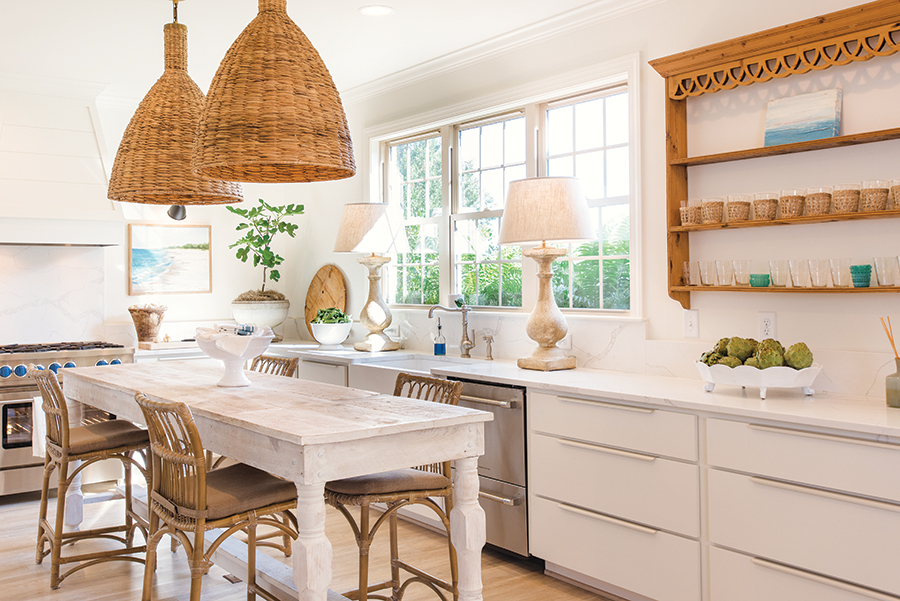 Those children were often hungry. She had to feed them.

“I have way too much energy for most people to be around me for long,” she jokes, padding through her serene home wearing a blue linen shirt she never irons. Her short blonde hair is unstudied and tousled.

For someone who is obsessed with tackling hunger — whether in her restaurant, with charitable works or entertaining in her new home — it makes perfect sense for her to start the tour in the kitchen.

“I didn’t put any upper cabinets in the kitchen,” she says with a smile. “It’s not normal. But I’m not normal.” An island, custom-built by Jamestown craftsmen with repurposed barn wood, is one of her favorite features. 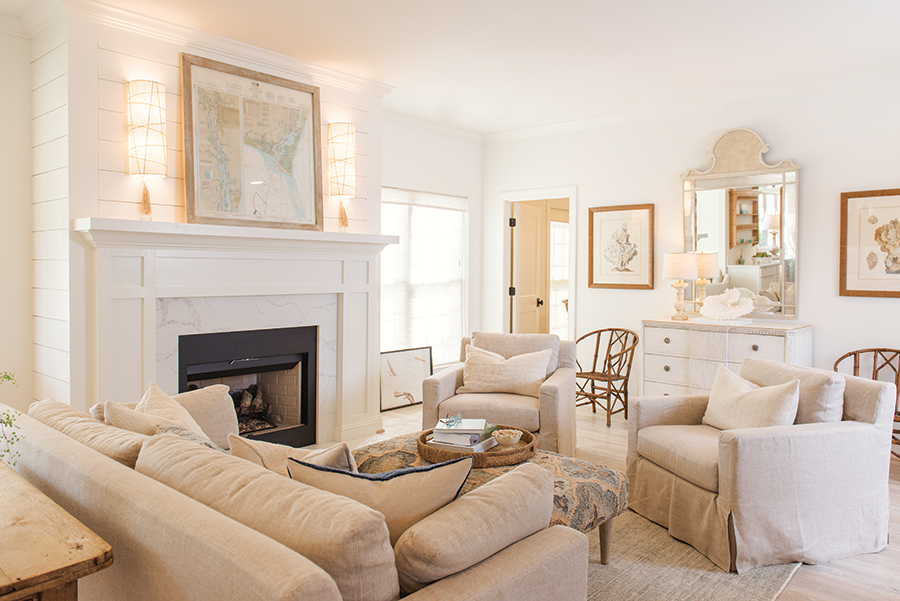 “You can see all the imperfections,” Lisa says, running her hand over the whitewashed wood. It is topped with clipped topiaries and a basket filled with neatly folded linen napkins.

The cooking areas are dominated by art rather than lots of showy cooking paraphernalia. A well-used gas grill is outside, ready to be fired up for company. Lisa maintains a strictly organic and vegan diet. As she ticks off the list of things she avoids: gluten, chocolate, coffee, sugar, she adds, “I cook every meal.”

Outside in the drive is Lisa’s white van with a vanity plate reading “Let’s Eat.” 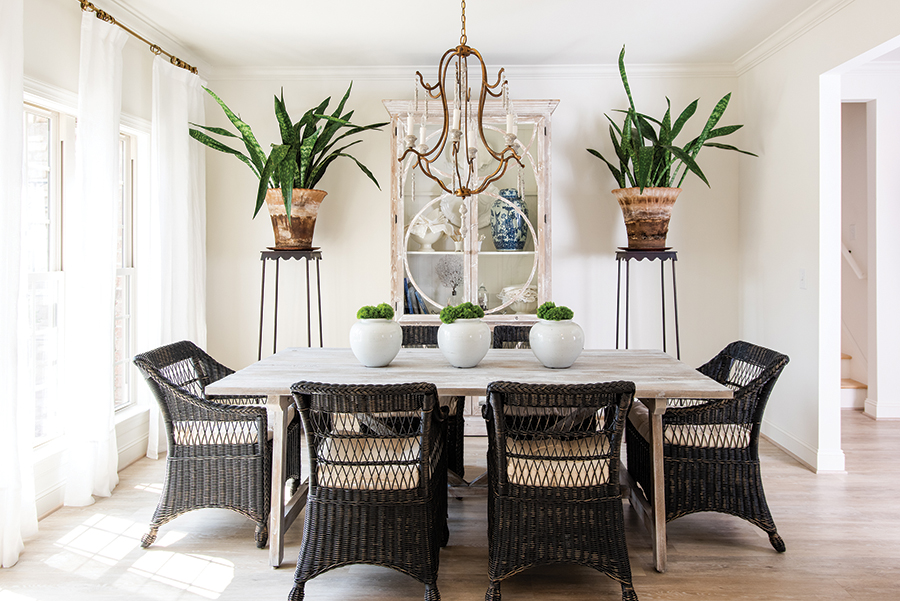 Yes, she has a brand new, elegant home, but she knows where her true values lie: “I am Southern Roots. I am Feeding Lisa’s Kids.” Then, eyes welling — perhaps a mix of gratitude with struggle — “I am not about this house.”

Now, Lisa has weathered the storms of change, pandemic-driven upheavals that temporarily shuttered the restaurant industry where she has worked for over 40 years.

“I’m this crazy, ADD girl who loves cooking and loves to help others,” she explains. “I come from hard-working people.”

She adds how grateful she is for sanctuary.

Lisa sinks into a generous white sofa in the sunroom. Sofas and chairs are slip-covered in white, inviting deep relaxation and calm. “I just like how peaceful it feels,” she says. 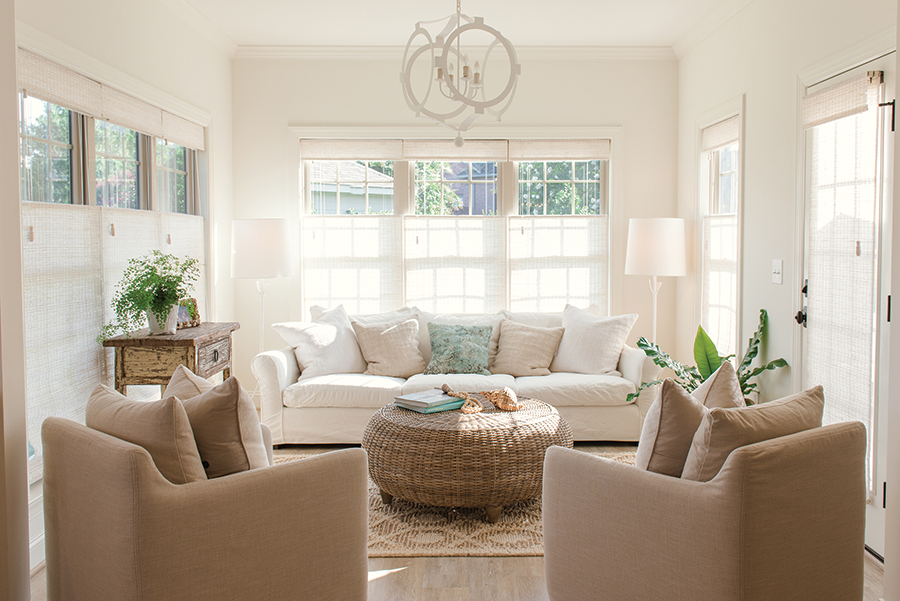 “That piece of coral over there? It just makes me happy to look at it.”

A fragrant elixir of seagrass, orange, clove and eucalyptus infuses the rooms. Lisa discovered that aromatherapy helps when the world beyond jangles the nerves.

Here, Lisa and husband, Faison, a former fabrics salesman, battened down. “Faison helps at the restaurant,” she adds.

Their town home, light and calm, provides an inland harbor. Set in a new community tucked outside High Point’s metro area, it is far away enough to be accessible, yet removed from the fray.

She is making departures from the past. Friends say their former bungalow brimmed with antiques and color. She says it was layered with 32 years of meaning, rearing a family and giving birth to a restaurant and charity. This new home is different — she repeats again.

She has shed her old skin, feels less attached here. 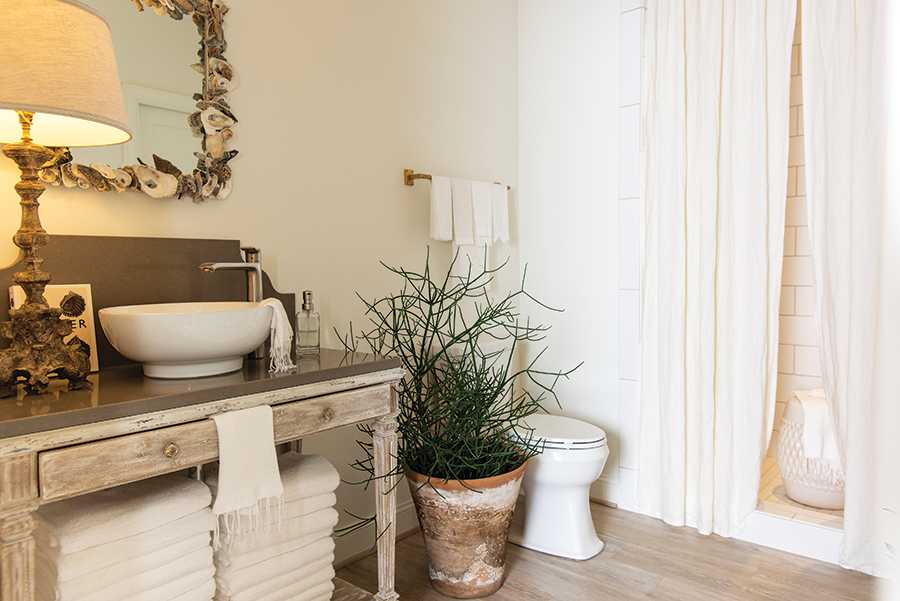 The visual changes are radically simple in the Hawley’s new residence, which by every measure, is a spare beauty. The builder created archways, opening spaces and deviating from the standard plan. “We took down the walls; it’s not like any of the other ones.” Some of the art displayed is Lisa’s own watercolors — she paints things found in nature, like oyster shells, and pushes herself, painting over canvases, to get it right.

She isn’t finished. But as she pads around, suddenly stops. “It’s a mess,” Lisa insists. There are stacks of books, some piled in chairs and atop furniture, which she is rearranging. Whereas their Triangle Park home was traditional and steeped in memory, here the mood is deliberately artsy and open.

For three years before the move, she cleared the attic and prepared. “I got rid of a lot.”

A purge was purposeful, a reinvention. What she wanted, first and foremost, was to ready a downstairs space for her mother. At nearly 900-square-feet larger than their 1928 Triangle Park house, the new home can accommodate her mom, whom she hopes will move in, and also provide room for their “newest” son, Ty, 20, whenever he visits from his job in Reidsville. “His family struggled with homelessness,” she explains. “He always has a place with us.” The Hawley family have known and loved Ty since he was 8.

In 2020, the family lost their three aging dogs, which only added angst and sorrow to a deeply trying year. Daughter Olivia, 32, came home from Charleston, S.C. (where she works in the film industry) during the lockdown for several months. “She saved me,” says Lisa. “She kept me busy.” Their oldest son, Sam, is 27 and works in sales in Wilmington.

Yet last year also meant recalibrating Southern Roots, the Jamestown restaurant she first opened in 2000 in High Point’s J H Adams Inn. It closed for three months during the pandemic. 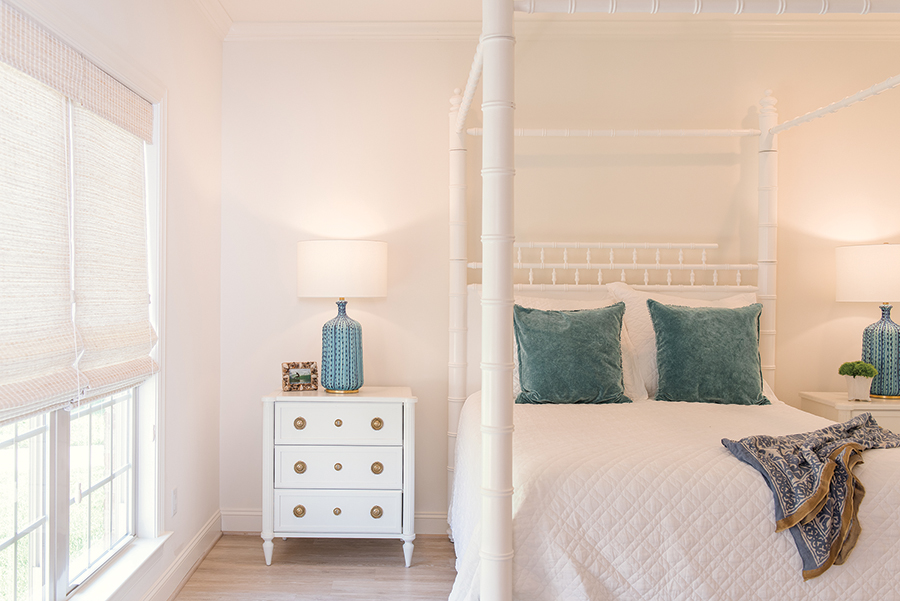 Work beyond these walls, especially Feeding Lisa’s Kids, “is painful,” admits Lisa. The pandemic exacerbated food insecurities and created new homelessness. More than 190 area families receive boxes of donated food each week. This all rushes out of her.

And this: “I love to feed people.”

Lisa satisfied the most exacting of hard-working mentors while catering. She got to work with Martha Stewart at Market Square when Stewart was food editor for House Beautiful.

There were other mentors, too, especially Grace and A. B. Henley (former owners of the Adams Inn), who encouraged her when she feared her restaurant would fail.

So many helping hands, she marvels.

Last March, the Rotary Club of High Point presented a check in the amount of $10,424 to Feeding Lisa’s Kids. The pandemic stretched the limits of those with the fewest resources.

A number of Rotary clubs, civic and community groups help raise money for FLK. One hundred percent of money donated to them goes directly towards the purchase of food.

Lisa received an award for her efforts from the City of High Point this spring.

“I see so much that is painful. That is hard to look at. I just know God has given me a heart, to look at it.”

Lisa nonetheless struggles with the fact that she has had lucky breaks while many do not.

Yet she was one who has always worked, always made her luck. Both of her parents thought nothing of working second, even third jobs, and she washed dishes at a rest home as a teen from 5 in the morning until midafternoon on the weekends and before school. “I liked it,” she insists. Since then, Lisa has logged countless hours inside kitchens, long before she became a restaurant owner.

She has catered, opened Southern Roots market on Main Street, and a restaurant by the same name. Lisa had a formula. Work. Then work harder.

“I showed up. And I never gave up. I would show up at 6 in the morning and I’d still be there at 10 o’clock at night. There were so many times in the last 20 years of owning Southern Roots that I thought I’d go out of business. But I kept showing up.” So did her chef, J.C., who remains with her 19 years later. “I found my tribe,” she says about Southern Roots. “I love the people who work for me.”

She no longer worries about the restaurant, which is thriving with a staff so rock-solid she can take a sabbatical by the sea. A group of volunteers is committed to Feeding Lisa’s Kids.

“I love to help others,” she says. “But I know for sure that God put me on this Earth to do one thing, and that is to feed people, whether they can pay for it or not.”  OH