Swept Away by Curling 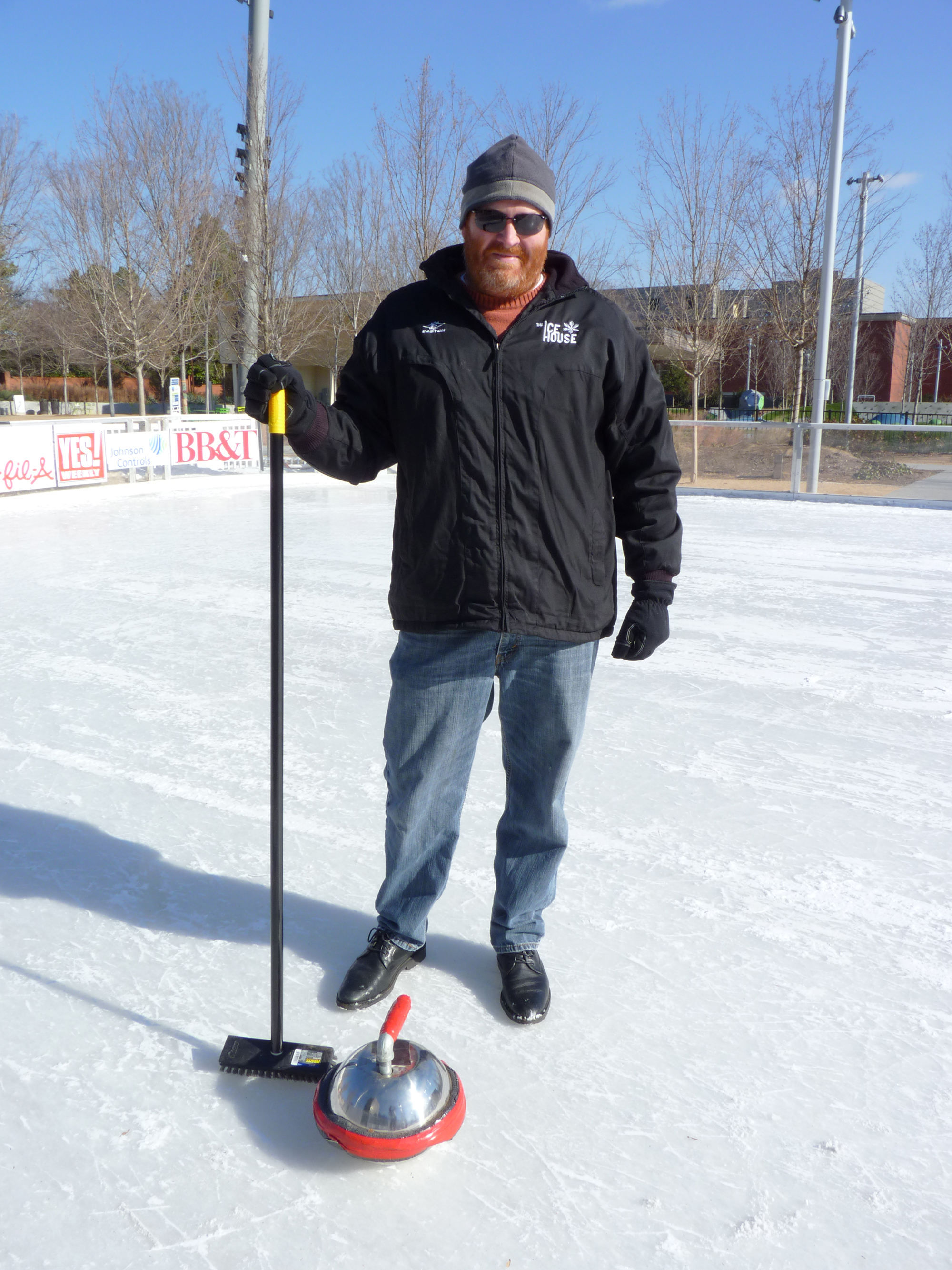 With the Winter Olympic Games schussing around South Korea this month — assuming that no one has shown off the size of his button by launching nuclear weapons in those parts — I think it’s fair to say that most of us have resumed our once-every-four-years infatuation with the sport of curling, that oh-so-slick game that resembles shuffleboard on ice.

Most of all, I enjoy watching curling team members furiously sweep the ice ahead of the stone as it glides down the sheet.

Apparently, the point of all that sweeping is to heat up the ice enough to melt the surface slightly, thus reducing friction and causing the stone to travel in the desired direction.

I also suspect that, in the minds of Olympic sweepers, their frenzied performances are auditions for Swiffer commercials after the Olympics as the possibility of a professional curling career is, shall we say, subzero.

But that doesn’t mean you can’t have a lot of fun with the sport, as a group of Greensboro residents has discovered.

First a little background: About this time last year, Walker Sanders had a chat with Chuck Burch.

Sanders is president of the Community Foundation of Greater Greensboro, which built the park with money from the estate of the late Carolyn LeBauer, then gave the park to the city. He also serves on the board of the nonprofit group that manages the park.

After the park opened in the summer of 2016, Sanders asked Burch what he thought about curling.

Burch said he thought his hair was too short for that. Then he said, “Ohhhhhhhh wait, you mean the sport.”

That might be a slight exaggeration. Or a big one. In any case, the outcome was the same.

Burch, whose full-time job is managing Greensboro Ice House, a year-round indoor rink, agreed that curling would be a good way to attract nonskaters to the outdoor rink. Sanders proposed trying it with a group of friends. So in January 2017, Sanders and a dozen pals spent an afternoon sweeping, slipping and sipping their way through a highly informal introduction to curling.

“You could have called it the Close-Enough Curling Club,” said Sanders, noting that the slapstick factor was boosted by beer and wine sold at the park’s two kiosks, the only alcohol allowed on the premises.

Serious curlers never would condone what happened in Greensboro, a sudsy, scaled-down version of the game. The thick outdoor ice is far too bumpy for their tastes, and neither would they approve of the homemade equipment that Sanders and his buddies used.

It seems that a set of used curling stones runs about $7,500, which makes even foundation people, who are used to doling out big bucks, go, “Say wha?”

Chuck Burch to the rescue. After consulting YouTube on how to make your own curling stones, he went to an online restaurant-supply site, ordered 16 stainless steel mixing bowls with lips; bolted and duct-taped them together in pairs, with one bowl flipped on top of another; drilled holes in the tops of the orbs and filled them with about 40 pounds of liquid concrete to approximate the weight of real stones.

For handles, he stuck galvanized plumbing pipes in the bowls. For sweeping, he bought $15 Quickie push brooms from Home Depot.

The whole makeshift experience felt like sledding on cardboard boxes.

This past December, Burch and Sanders decided to broaden the experiment by inviting the community to a curling demo at Winterfest. About 100 people showed up. Half of them tried it. Burch collected emails from people who were interested in curling again. From them, he culled five teams.

Chris Ratliff, who captains one of the teams, grew up in Eden and lives in Greensboro. He’s been fascinated by Olympic curling since he was a kid.

“I liked the strategy of it and the teamwork,” says the 41-year-old Ratliff, who plays adult-league baseball in the summers and has been looking for a local winter sport.

A couple of weeks ago, Ratliff’s crew — they call themselves Gate City Curling — and the other teams gathered for Greensboro’s first organized curling games.

I stopped by on that Monday night, just as Ratliff’s team squared off against a team called Game of Stones, led by Jessica Becher, a 30-year-old newcomer to Greensboro.

The two teams had one thing in common: No one knew squat about curling.

“Are you guys ready?” someone asked after a brief warm-up.

The game was tied 1-1 after the first “end,” which was similar to an inning in baseball. After a few more ends, Ratliff’s team was up 8-1. The first team to 10 points would win.

Confident of victory, Ratliff’s team asked if I wanted to push a couple of stones down the ice. After all, I’d hit the center of the target on my first practice throw. Sensing that it was time to retire from a brief but illustrious career, I declined their offer. They insisted. I accepted. They regretted.

My first stone bumbled halfway down the ice. Determined to fix that problem, I gave my second stone the ol’ heave-ho, which resulted in 1) me sliding to a halt as a snow angel on ice and 2) my stone whizzing way past the target.

Four-point rally to Becher’s team. I was released from my contract. Ratliff’s team won in a mitten-biter.

Winterfest closed for the season at the end of January, but the teams plan to convene again in November, when rink opens the week before Thanksgiving.

I’ll be there, watching from a window at nearby Cafe Europa. Perhaps I’ll be sipping a locally brewed Red Nose Winter Ale in full support of the Greensboro’s newest athletes, local curlers who — as we now know — have the stones to go out and play on thick ice.  OH

To find out more about curling in Greensboro, contact Chuck Burch at c.burch@greensboroice.com. Maria Johnson can be reached at ohenrymaria@gmail.com. 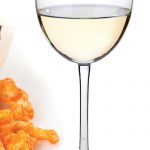