How to enjoy nature with a 12-year-old

Iím not a competitive person. I’m probably the least competitive of people, if you ranked us, if being noncompetitive were something to win. Not that I care.

When my 12-year-old nephew and I shared a small all-terrain vehicle during a guided drive through the woods of Virginia, and he said to me, “You have to pass everyone. We have to get to the front!,” I agreed only for his benefit. This is childish behavior I don’t typically indulge. But I am a good aunt. In fact, I am probably the best aunt of all aunts (or even uncles) anywhere.

We were at Primland, a hunting resort in Virginia, to celebrate my dad’s 80th birthday. My sister rented five ATVs, each one occupied by an adult driver and one child. We were to drive single file, behind a guide in a lead car, followed by a second guide in the rear. The paths were narrow, the terrain treacherous. It was safer to follow the rules. But impressing a tween is also important. According to some people. So I’ve heard.

Still, I told Franklin we would see how it went, that I would only jump ahead if it were safe to do. I was rational. I was probably the most rational person there. Mostly, though, I didn’t want to initiate the race. If you start it and don’t win it, you’re an even bigger loser because you can’t claim you never cared. Disinterest is key to competitions, including those determining the least competitive person.

Therefore I would wait for someone else to start. While Franklin continued his pleas for me to race, he had no idea we were already winning.

About 10 minutes into the trip, on a stretch of service road, my brother-in-law, Wes, popped out of line, sped up and passed us. He had been in third place — I mean third in line — with my cart pulling up second, and my other brother-in-law, Marc, in the front. Until, in one swift move, Wes passed us both. He led the pack. For a moment. Riding Wes’s energy and capitalizing on Marc’s dejection, I shot out and passed Marc, retaking second place —I mean second position.

Franklin was elated. He hopped in his seat, pumped his fists and squealed like a toddler. I’ve never seen him that happy, and I’ve spent nine Christmas mornings with him. What I’m saying is, “Suck it, Santa.”

But before long, Franklin turned desperate again. If we still weren’t winning, we were losing. I wanted him to understand that this activity was about enjoying beautiful surroundings and spending leisure time with family. Instead, I said, “Technically, we are in the same position we were at the start, so we’ve lost nothing. Borden, on the other hand was in first and is now in third: He’s the real loser.” Franklin’s face took light, and then did mine. The smile of a child enjoying his younger brother’s misfortune is a memory to last a lifetime.

Unlike Franklin, however, I truly was there for nature: to feel the fresh air blow across my face as I sped past my brother-in-law’s vehicle, to hear the sound of crunching leaves as we veered off the road to do so, and, Oh look, it’s a black bear — tricked you, coming through!

But then Marc caught us unaware. Although I slammed on the gas, my peripheral vision had spied the nose of his ATV too late. We couldn’t accelerate in time. Franklin and I were now third in line, and officially losing. Granted, my two sisters were behind us, so Franklin and I weren’t technically last. But Lou and Tucker weren’t trying to race. Like I said, if you don’t care, you can’t lose. Also, since we’re being technical, Lou no longer drove an ATV on account of wrecking hers almost immediately.

Now Franklin became repetitive. “Pass them!” “Get in front!” “Go! Go! Go!” Even on narrow, wooded trails, as the vehicles launched over rocks and logs, he badgered me to race, so blinded by a desire to win, that he couldn’t see the trees we would hit if I tried.

I wanted to ask, “What is wrong with you?” But I reserve that question for losers.

“Franklin, I need you to trust me,” I said. ”I have to wait for the right moment. If we try but can’t get in, and have to fall back in line, we’ll look like fools. If you think you might fail, don’t try.” Excellent advice for kids. I must’ve read it in a children’s book. Or maybe I heard Obama say it.

As we approached a promontory, I saw my window. The lead guide made a huge U-turn on a flat grassy area. Rather than follow the circumference line he’d cut, which Marc and Wes already had, I cut the diameter and pulled into line directly behind our guide. This was one of the proudest moments of my life.

We all exited our vehicles to take a breather and enjoy the view. By view, I mean Franklin crowing and dirt talking Borden and his cousins. Careful, grasshopper, I thought: The game is not yet won.

Back in on our vehicles, I explained to Franklin that our strategy must now shift from predator to prey. Instead of seeking vulnerabilities in opponents we chased, we were the vulnerable ones. Heavy is the head that wears the crown, indeed — because the king’s brother is always trying to kill him, or at least that’s what I learned from English Lit.

As we entered a trail for our last return run, Franklin was the designated lookout. He would shout if someone tried to overtake us. My job? Ride the guide’s tail. All the way back to the parking lot, I kept within a few feet of the guide’s back bumper. Safety first.

Wes made an effort, more for fun than showmanship — surely he realized our defense was impenetrable — and then we were back at the shed. Had we really won? Won the family ATV tour? The pink didn’t return to my knuckles until every ignition was off. The guide exited his vehicle and said, “You guys were rowdy, huh?”

Borden fell apart in despair. We told him it was all fun and games, that no one actually wins an ATV tour, and that winning isn’t all that important anyway. But everyone knew it wasn’t true.

Borden wouldn’t speak to anyone. He sulked the whole drive home. And then he hid in his room. I felt for him. But at the same time, he should have ridden with me. Next time, pick a winner.   OH

Jane Borden grew up in Greensboro and lives in Los Angeles — not that it’s a competition. 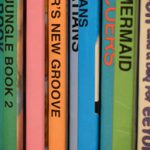 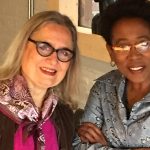