The Face of Alley Twenty Six

If you’ve kept up with some of my columns, you’re starting to see that in the world of spirits and cocktails, quality ingredients make for a better drink, from having a quality spirit (remember, quality doesn’t always mean pricier), all the way down to making a simple syrup from scratch. The market for small-batch ingredients is huge right now. I jumped on the train when I started bottling my own tonic syrup. Although I have one of the few local tonics on the market, there is a nearby company that started retailing their tonic syrup before me. I’m talking about Alley Twenty Six Tonic, created and packaged by the boys over at their bar in Durham.

The first time I tried Alley Twenty Six Tonic, I was at a meeting with the distribution company that carries my tonic syrup. One of their concerns was having similar syrups with the tonic from Durham. Luckily for me, our syrups are as delicious as they are contrasting. While my syrup has a more pronounced bitterness with baking spices, Alley Twenty Six Tonic has more of a sweet cola flavor with a touch of bitterness. The other major difference between the tonics is the fact that Rob Mariani, one half of Behind the Stick Provisions, has his syrup in way more places than I do. That’s an understatement.

Rob is the kind of person who makes a big first impression. Tall and lanky, with an imperial, handlebar-style mustache and his signature flat/newsboy cap, he always has a smile on his face. I first met him a year and a half ago at a local distillery party, and most recently sat down with him in Durham over a few of his tonic drinks.

Originally from Estonia, and raised in New York City, Rob didn’t find his passion for bartending until after moving to New Zealand in the beginning of the millennium. “I landed in Wellington and stayed there for a year. A friend hooked me up with some guys building a nightclub. I was doing construction, and at the end of the build decided that I wanted to learn to bartend there. My shift was from 8 p.m. to 8 a.m. It was a blast. I was hooked.”

Rob left New Zealand and found himself bartending at high-end restaurants in Washington D.C., including Agraria (now called Farmers Fishers Bakers) with D.C. celebrity Derek Brown. Mariani relocated to Durham afterward and helped open Alley Twenty Six in the fall of 2012. Alley was launched by owner Shannon Healy, formerly of Crook’s Corner in Chapel Hill. Healy and Mariani started making their own mixers and syrups from scratch. Healy’s recipe for their tonic syrup was a hit; that’s when the light bulb went on. Healy and Mariani launched Behind the Stick Provisions and started bottling their tonic syrup for retail. “The market for cocktail syrups was growing, and we wanted in,” says Rob. “We decided to launch our retail brand with tonic syrup because there were only a few on the market, and frankly, we liked ours better.” Rob took the original recipe, and slightly tweaked it for larger scale production.

As tonic sales blossomed, Rob realized he would need to transition from behind the bar to Behind the Stick. “After 15 years of bartending, I saw this as a great opportunity to shift jobs in my industry career. I didn’t want to leave, I just didn’t want to work till 3 a.m. anymore,” he says. “This was the logical next step for me. Now I get to work with bartenders, distillers, home cocktail enthusiasts, and an amazing cross section of the industry.” And that he has. Just follow him on Instagram (behindthestickprovisions) and you’ll see the myriad places he pops up.

I found a new bestie. I’d lie if I said I didn’t sit there at least a little jealous while he told me of his adventures to Trinidad and Martinique to visit rum distilleries. He has an upcoming trip to Barbados in February, where he plans on learning more from different distilleries, such as Foursquare and Mount Gay. I know why rum is my favorite spirit, so I asked him why it’s his.

“Rum is a versatile and misunderstood spirit,” he says. “It can be made from various forms of sugar — molasses being the most common — but pressed sugar juice for rhum agricoles has amazing earthy, grassy and funky notes that really bring the term ‘terroir’ to rum.” His recent “rum adventures” include scouting trips for places to live in the distant future. I can’t wait to visit my new bestie wherever the island may be.  OH 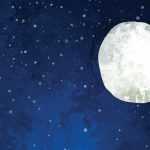